Well, here it comes – new Samsung Galaxy Fold start breaking after few days in reviewer hands. While this situation just start to unfold, it is still interesting to see and try to understand why we have this situation. Foldable phones were meant to become the next big thing, but with such “feature” I highly doubt that somebody will be ready to shell out almost 2000 USD for the new phone. Let’s talk about all this stuff in detail.
By the way, here you can read another interesting article with unusual watch.
Don’t forget to like our Facebook page, so that you can get fresh articles on time. 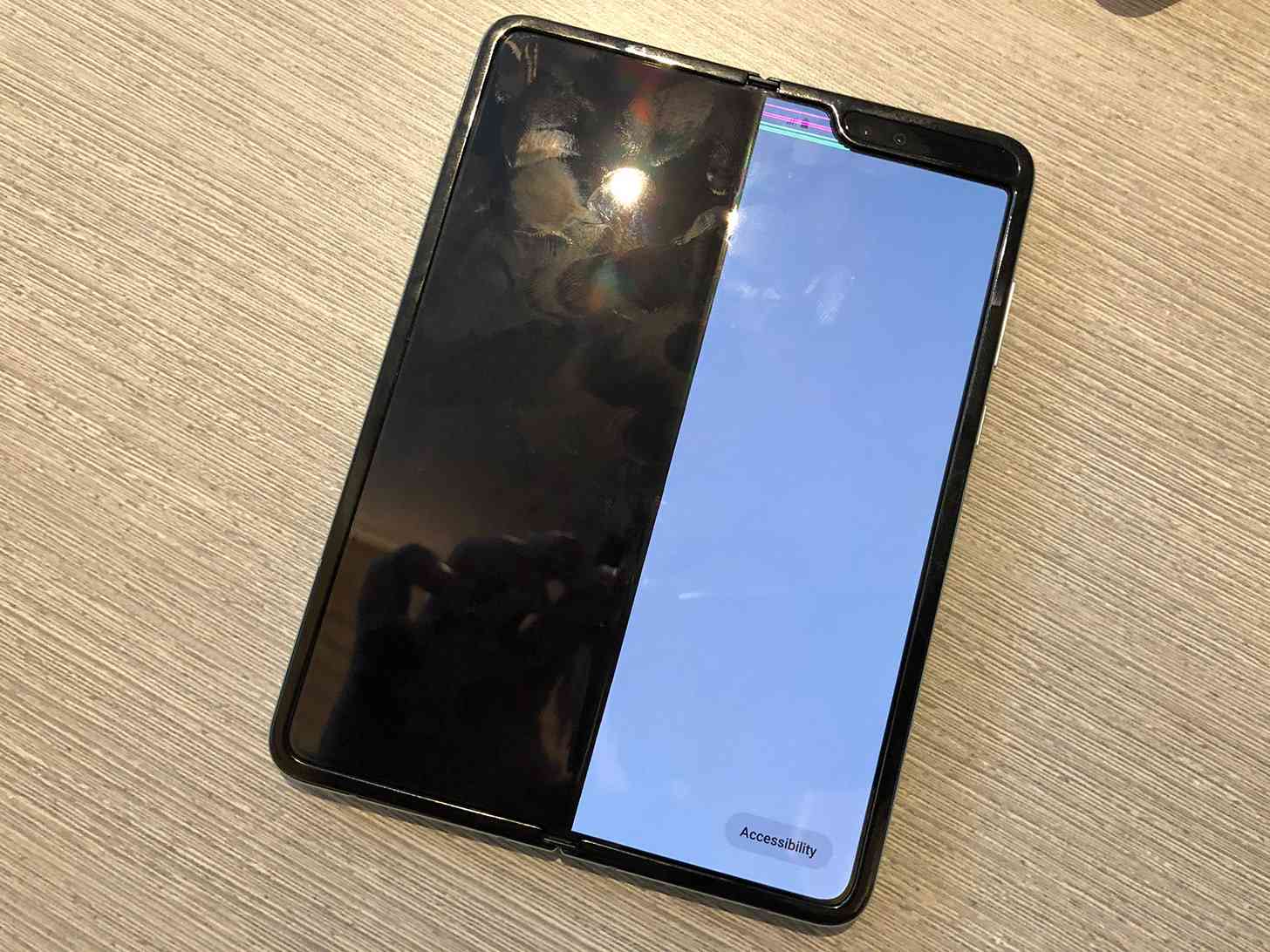 Samsung claimed that new folding movement should endure around 200000 openings and closings. In other words it should be enough for several years of active use unless you just click those halves everyday. Sounds good and highly doubt that somebody will actually keep such phone for longer than two years. Nevertheless, reviewers now get broken screen after three (!!!) days of use. There is no doubt that Samsung Galaxy Fold was properly tested, but should I reming you about Note 7 fiasco? Now we get completely new shape and technology, so the main question is why there is such problem. Foldable phones were announced several years ago and it looks like this time wasn’t enough. 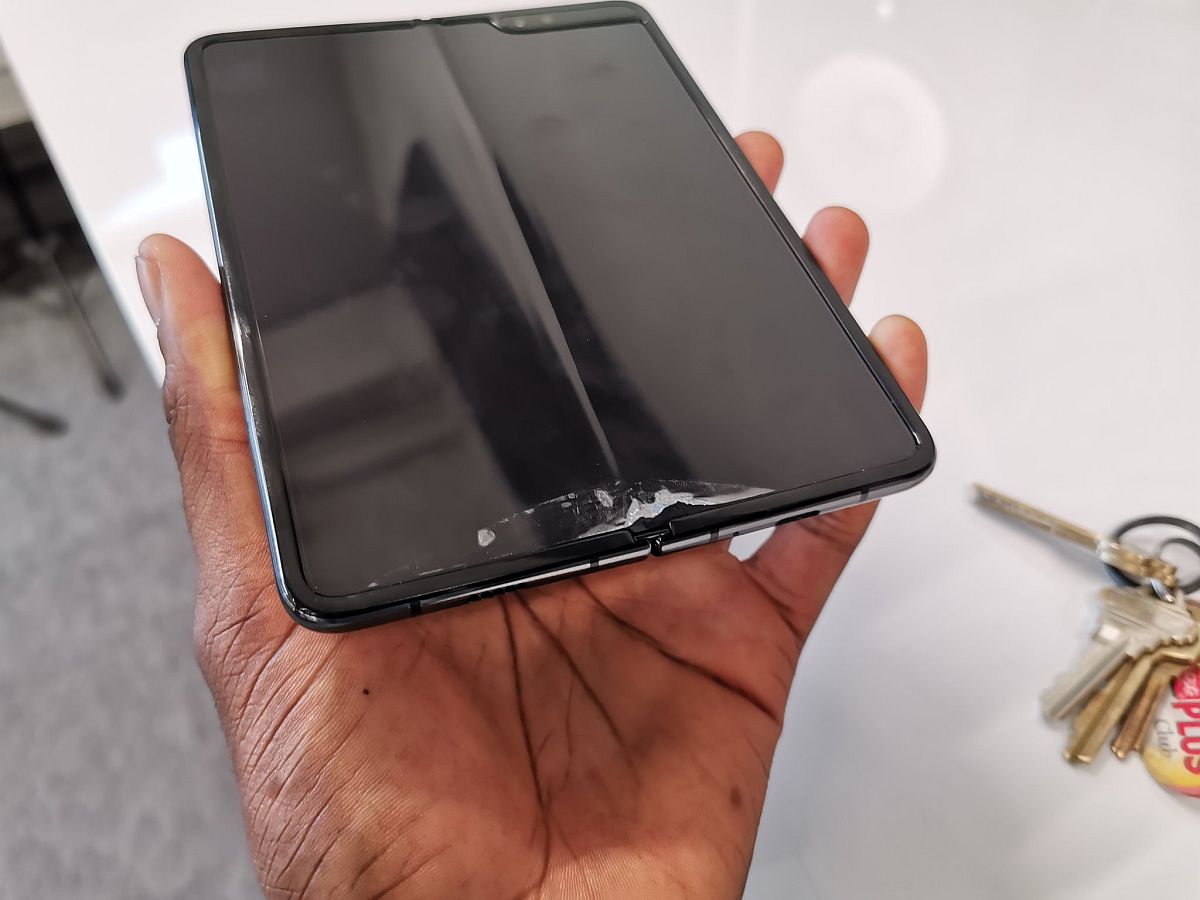 Next problem is somewhat controversial. There is no need to say that internal screen is not covered with glass. It is more of plastic layer, which gives this matte look and feels different in comparison with glass. Nevertheless, it is necessary thing if you would like to have flexible screen obviously. Well, several reviewers decided to peel off plastic layer and damaged the screen. I could ask about their expertise, but it looks like there is something else. One of them was claiming that plastic layer started peeling off like factory screen protector and that was the reason he decided to remove it. Now he knows that this wasn’t a screen protector. 😉 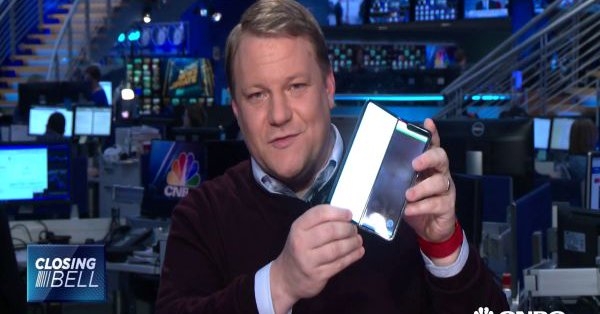 Nevertheless, the main thing that concerns me is a shape of this device. Just take a look – this huge gap in closed state lookscompletely ugly. Moreover, who can say what will happen with Samsung Galaxy Fold when you slightly press on it (in the tight pocket, for example)? I would bet that this is one of the main causes for current problems with new phone. Next, if you look at photos of the device with open screen, you would see huge gaps between hinges. This not only looks strange, but also should accomodate a lot of dirt inside. Should I mention that there is no clear way how to clean it? One of the reviewers already has something under his screen, and it makes noticeable bulge.

By the way, all those commercial photos failed to show huge wrinkle in the middle. I can understand that it was done in order to avoid stretching, but it not only looks ugly, but also visible under any angle. You can also feel it with your fingers! Now it is understandable why first display of this phone happened in dark room… Oh, don’t forget to add here ugly frames for the internal screen. It is 2019 outside, but we get back to those thingies thicker than your current phone. That notch looks ugly too, to say the least.

Nevertheless, it is even more funny to see all those bloggers, who just started to praise Samsung Galaxy Fold. I just wonder how they will find excuses for current problems… For now I saw something “those owners are dumb and they used their phone in wrong way”. New phone gives us another lesson – not to jump on hot novelties, because it looks like we are still considered as beta-testers, which pay for their chance to participate. To conclude I would like to mention two important things:

P.S.: I can bet anything that Huawei engineers now writing everything in their notepads and hurrying to test all possible things as soon as possible. Don’t forget that they will have completely different form-factor and it will be even more interesting to see how their screen will behave. 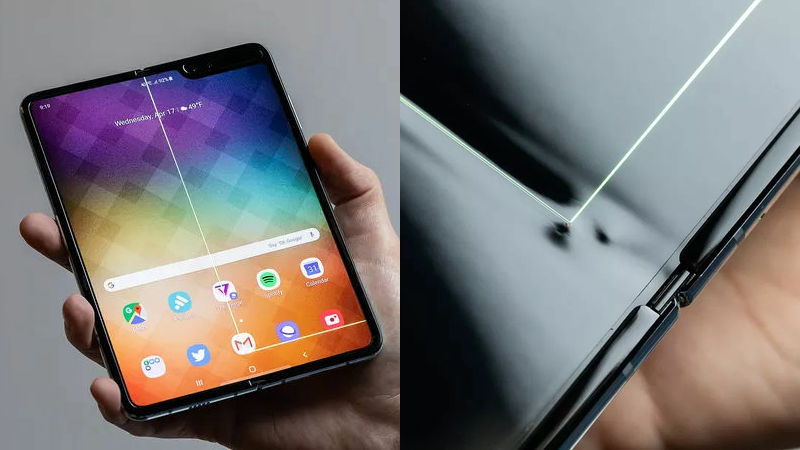 […] it is really nice camera, but here are ten things that would stop me from buying it. By the way, here you can read about another interesting thing. Don’t forget to like our Facebook page, so that you can get fresh articles on […]

Why There is no Point to Watch Avengers: Endgame – OneWheee

[…] are on of those crying shits who care about spoilers – just close this article. 😉 By the way, here you can read about another interesting thing. Don’t forget to like our Facebook page, so that you can get fresh articles on […]