Yeah, yeah, you might have read it in the news – Paul Newman Rolex was sold yesterday for 17.8M. That’s not mistake, number is right, and this is the price for one vintage watch owned by famous actor, racer and man who adored Rolex. Nevertheless, here comes the main question – is it worth such money? Did we go bonkers in our obsession? Let’s take a bit deeper look.
By the way, here you can read review with another special watch.
Don’t forget to like our Facebook page, so that you won’t miss new articles.

I think words above are not the rule for many of us, but still somehow our hobby gets us to spend more and more. It all starts with nice quartz watch, then you get obsessed with automatic movements, and so it goes on. Nevertheless, what is special in Paul Newman Rolex? Some people already nameed it “the most iconic watch of 20th century”. Well, I would avoid such loud claims, but still, look at this watch. This is Rolex Oyster Cosmograph, which was produced in several different versions during 60-70 years of XX century. Actor received his watch from his wife and it instantly became sought after by his fans and speed fanatics. Well, here it is important to note that model didn’t have good sales at those time, and therefore swiss watchmaker decided to discontinue production. I really doubt that it will be reissued in the same state, but who knows… 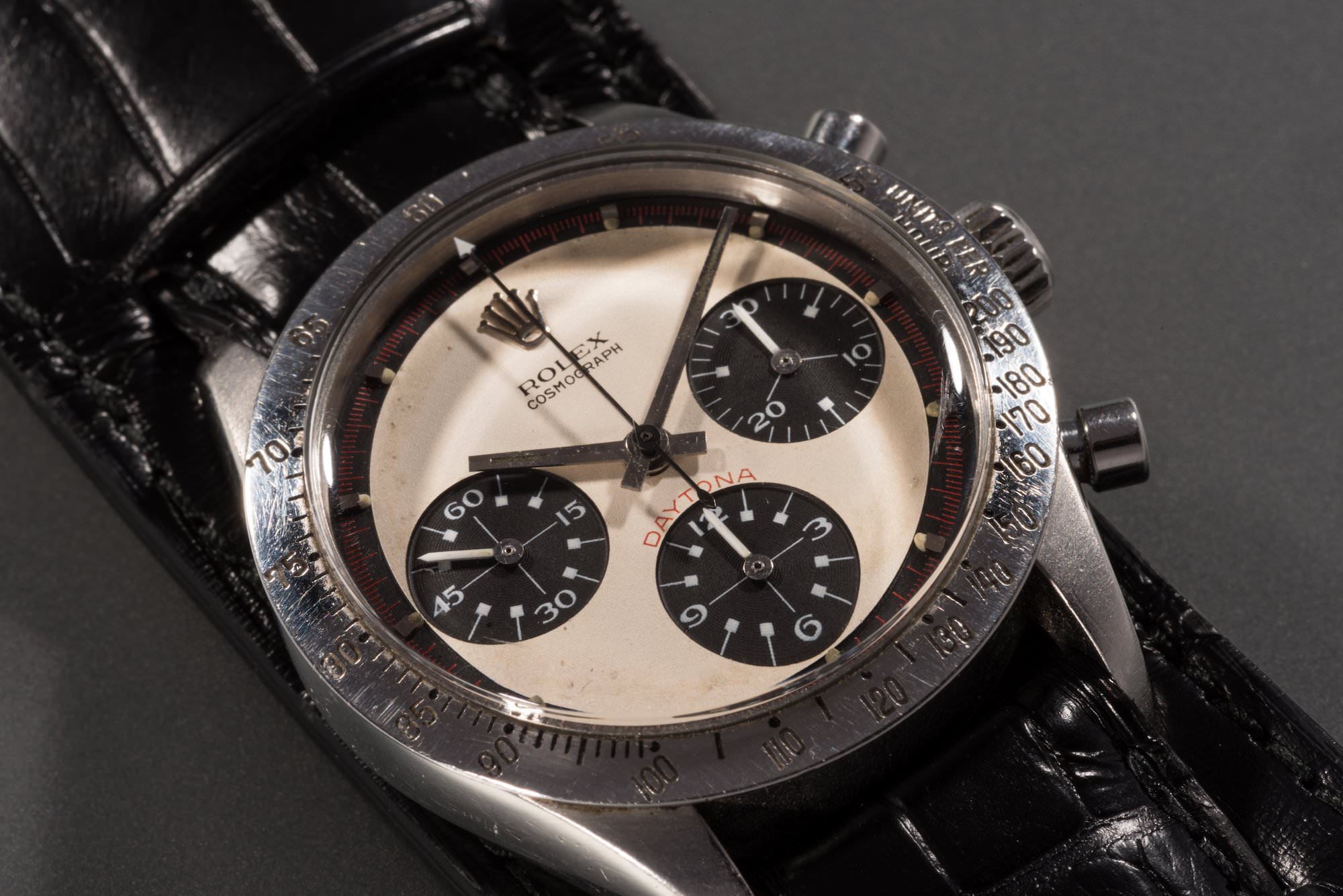 Yesterday auction in New York showed that there are some people around, who are ready to give for this watch more than 10M USD. Just imagine this sum… You can get one good business jet or several Ferraris for yourself and friends. I agree, those people already have all those toys, and now it’s more like entertainment for them. Look at photos, watch is not in pristine condition, it wasn’t sought after as something precious, its owner just used his Daytona as you do with your Seiko. Well, now this beaten timepiece goes away for quite big money…

I won’t discuss this particular timepiece, because it’s obvious that there are still some die-hard fans, who are eager to have at least some connection with the story of this man. Nevertheless, let’s take a look at our habits. Yep, our own. We, who collect watches, follow our instinct and buy what we like. How many of us spend a lot? Who knows…but here you should keep in mind that some are strictly focused on new watches and nothing else. In something I agree with those, because watch is piece of your life, your story on the wrist, and I can tell by each, scuff, mark, or even just taking a look at one of my pieces, what we came through together. Here comes the main question – would you spend your money on somebody’s watch? On his piece of history, which you will never know, but still will have part of it. I think that obsession with vintage watches only starts and we will see even more outrageous bids in the future. 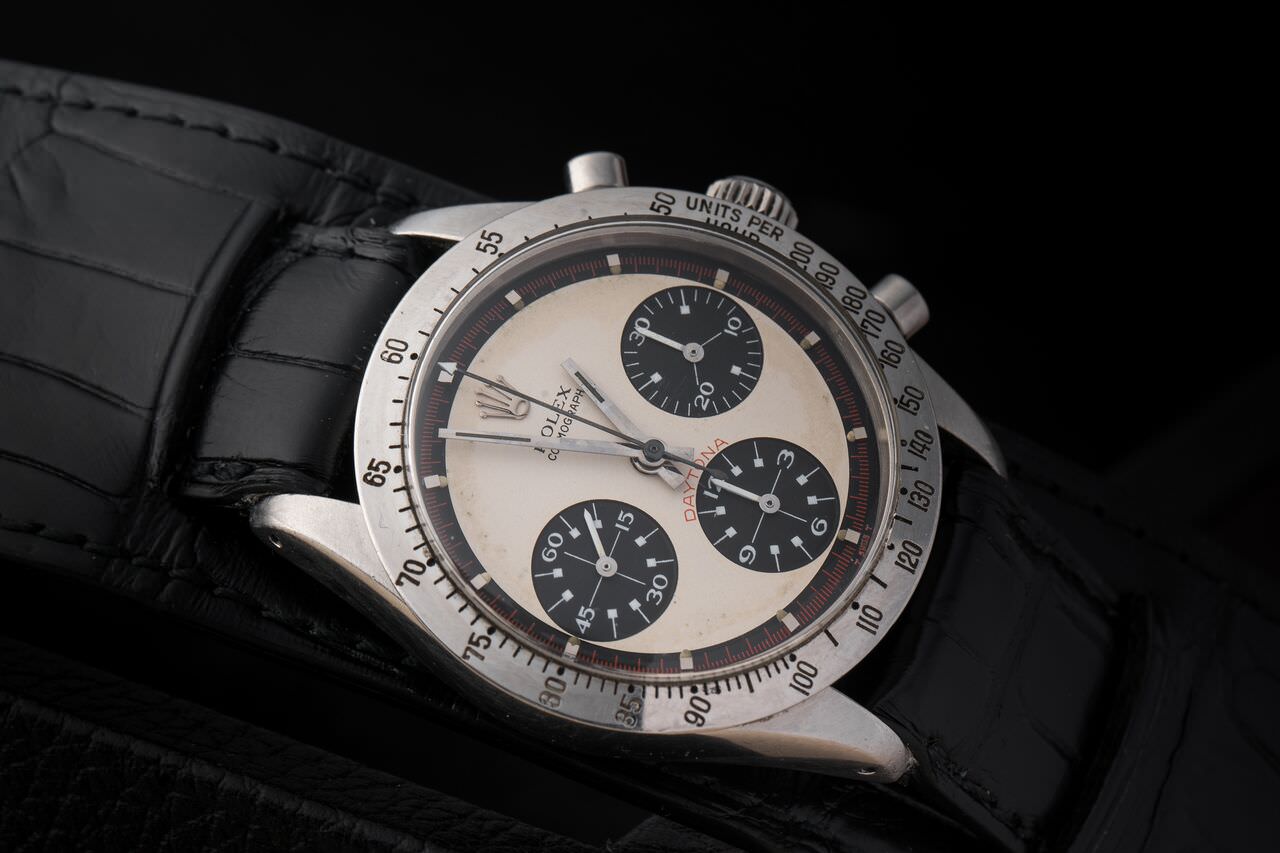 Just take a look at previous biggest watch sales, and you will understand that there is upward movement, which carries prices further away to crazy digits. Who will stop it? I don’t know… The only thing that might be noticed as well is that manufacturers now try to move “down” with their prices, because demand for new watches is going down. How do you get premium for your watch? Right, introduce special edition, so don’t surprised next year on Baselworld when there will be plenty of limited edition pieces. As for now, take another look at this Paul Newman Rolex, and think about its price. By the way, buyer wasn’t named, auction organizers claimed that bet was made via phone… 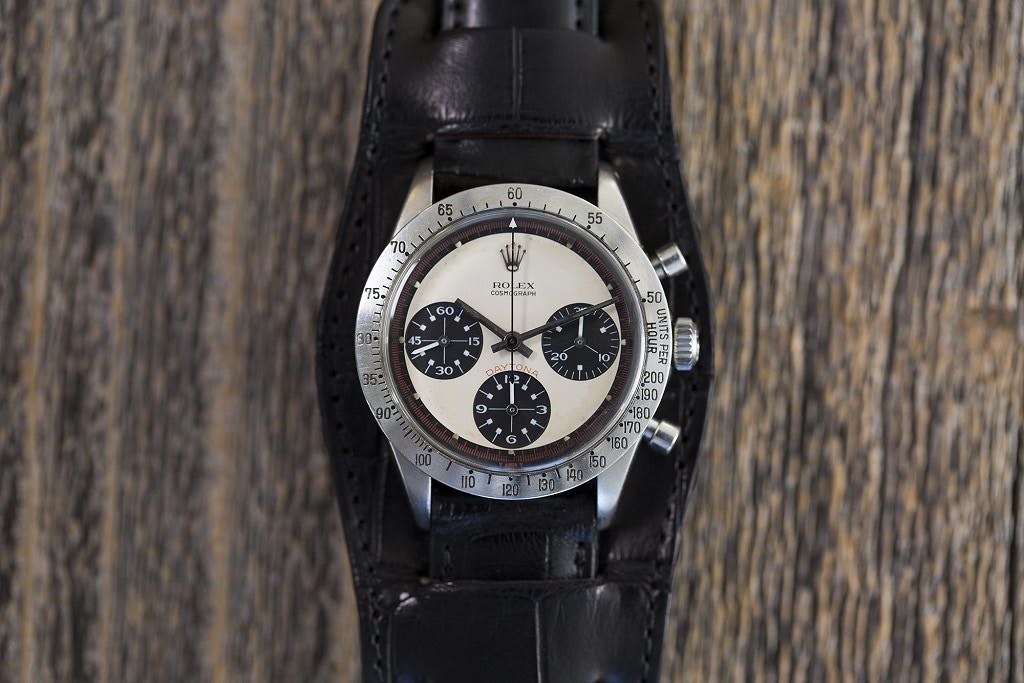