Hi, guys! Today we are going to talk about Pobeda and Sputnik 1985 collaboration which was announced relatively recently. First of all I have to say that such cooperation is a bit surprising, but it is worth taking closer look at what two companies decided to offer. Moreover, both companies are well-known in their markets, and somewhat close in styling.
Here you can read one of our recent articles with Pobeda watch.
Don’t forget to like our Facebook page, so that you can get fresh articles on time. 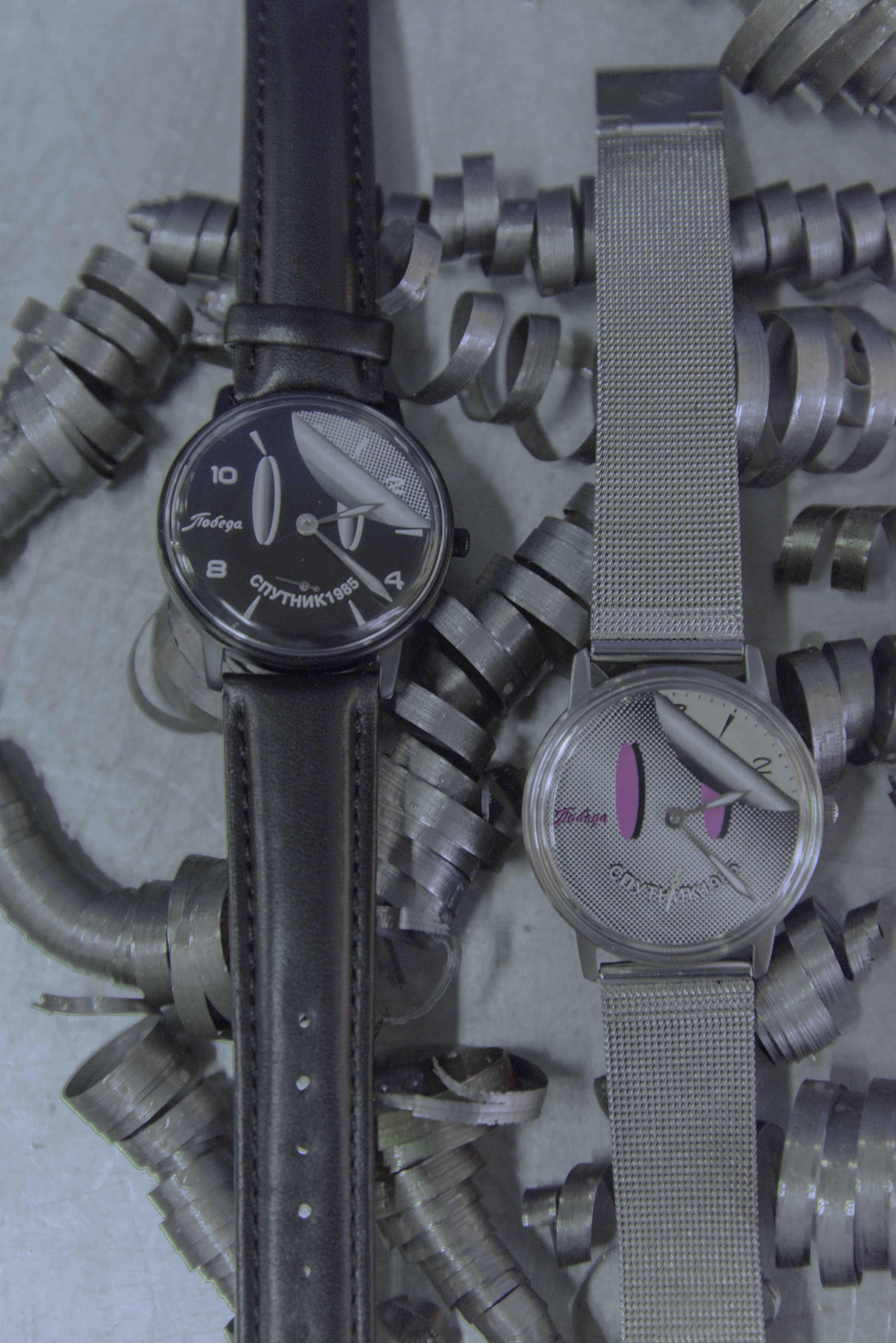 First of all I would like to introduce you to Sputnik 1985. This is Russian streetwear company, which was created relatively recently – in 2011. It is based in Moscow and as it turned out son of Pobeda’s CEO. Well, long story short, two brands decided to create something together. All those sweatshots and shirts are cool, but what about nice watch? One watch sounds like not that much, so it was decided to have two different models. 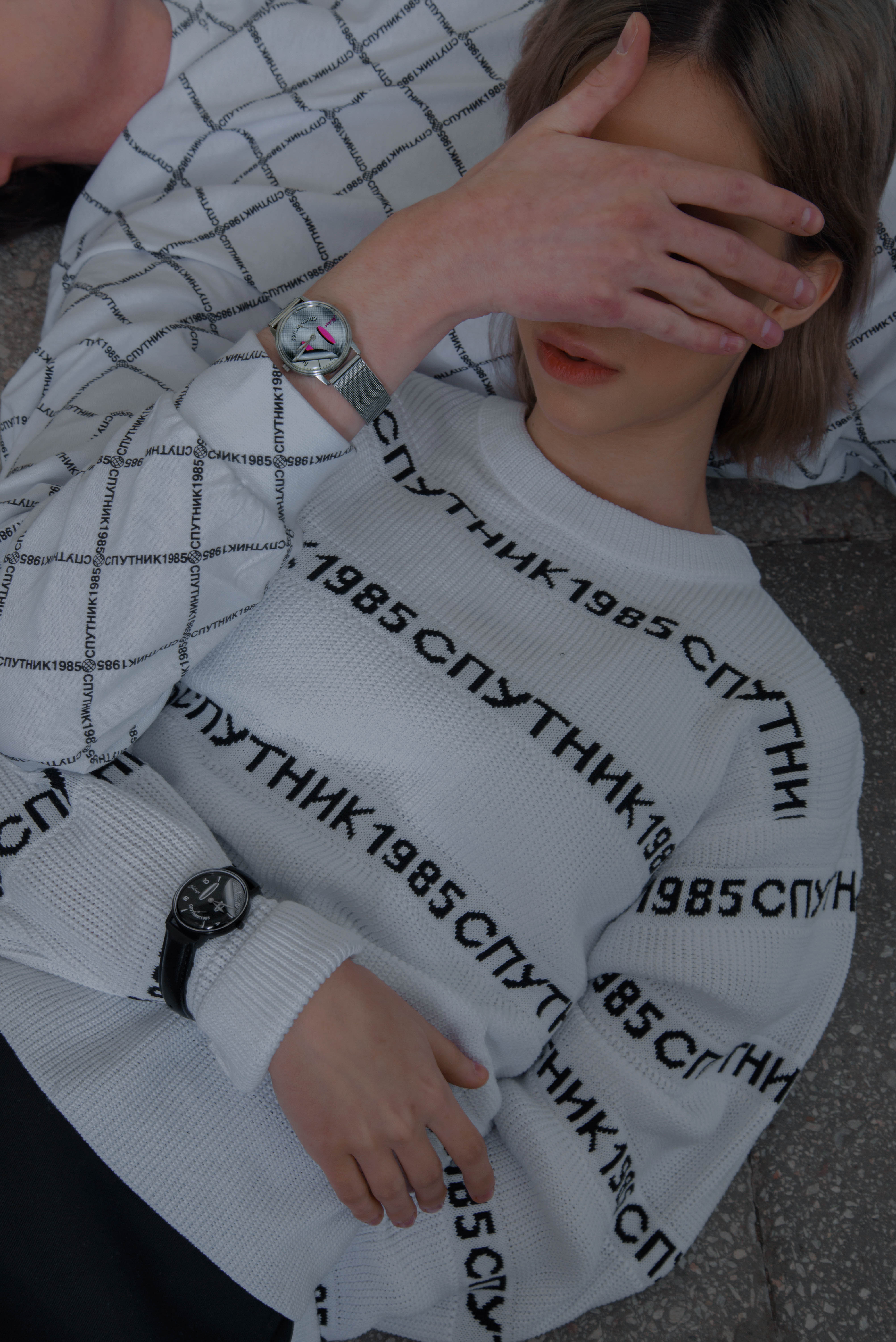 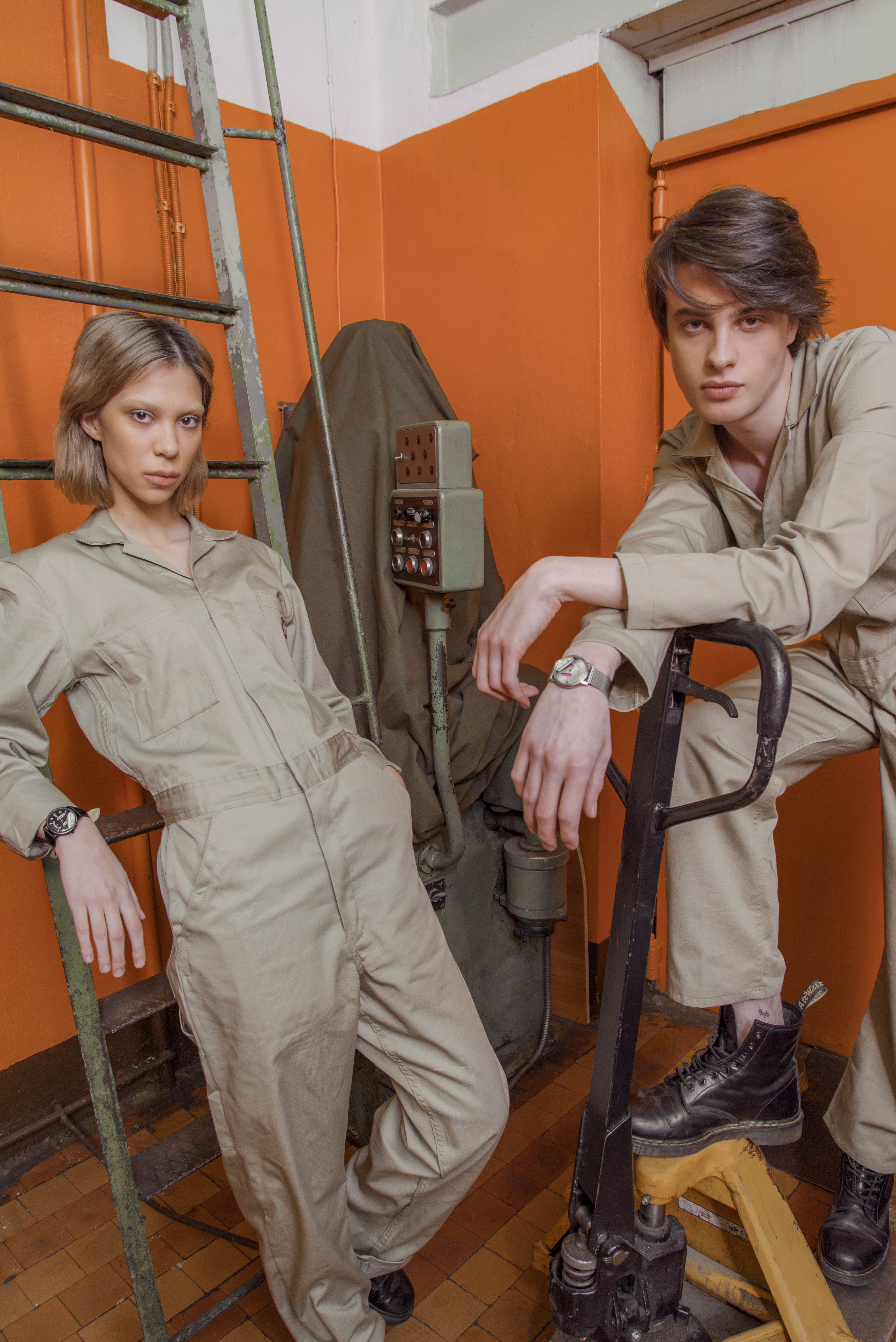 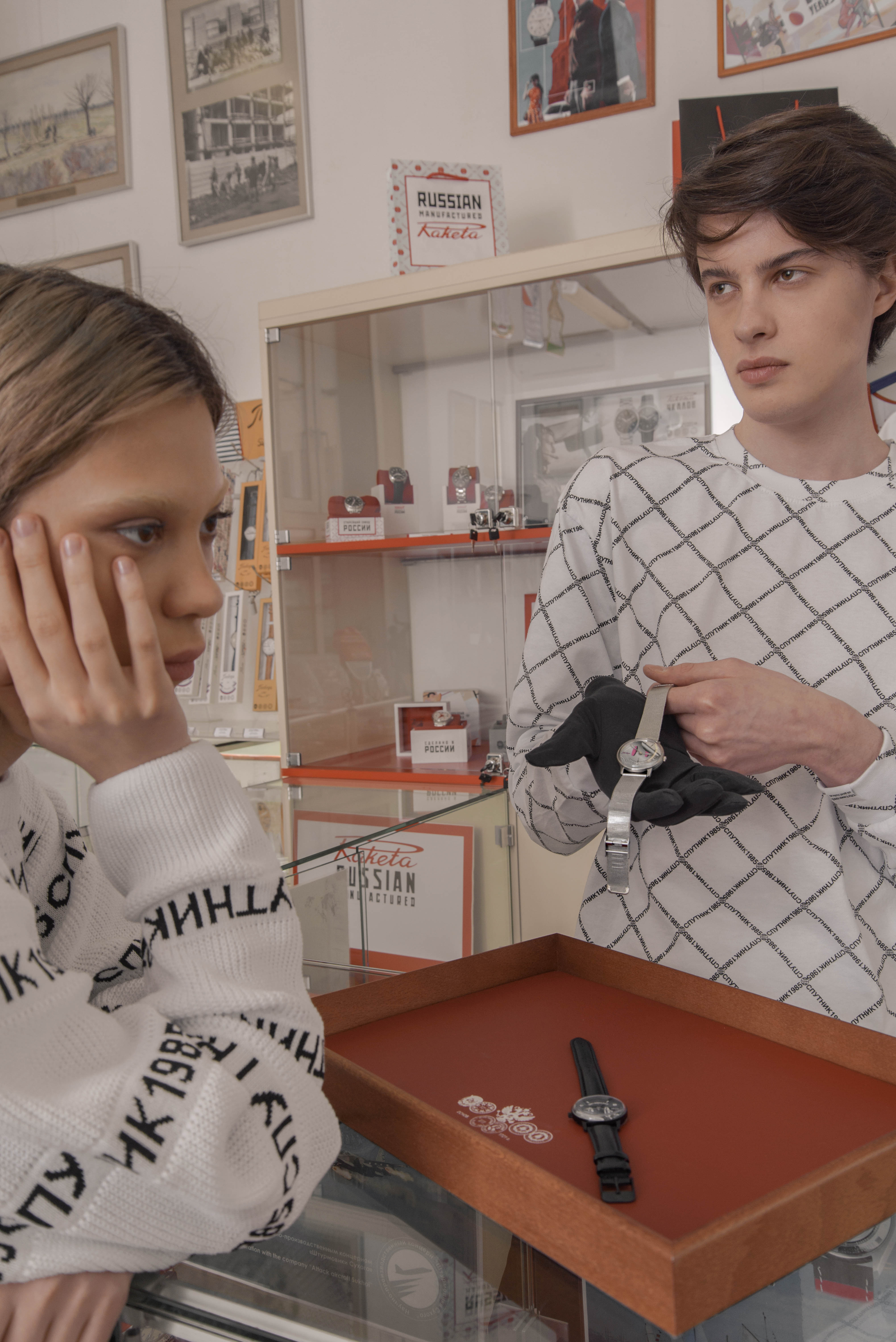 Frankly speaking, I was quite surprised by amount of photos in press release for this watch. Looks like Sputnik 1985 had good influence on watchmaker and they decided to do proper photo shoot. As it was written, there will be two different models – black and silver. Those are different not only in the case color, but also dial pic varies. Yes, it is sticker on both, but on silver you won’t see all numbers on the dial. 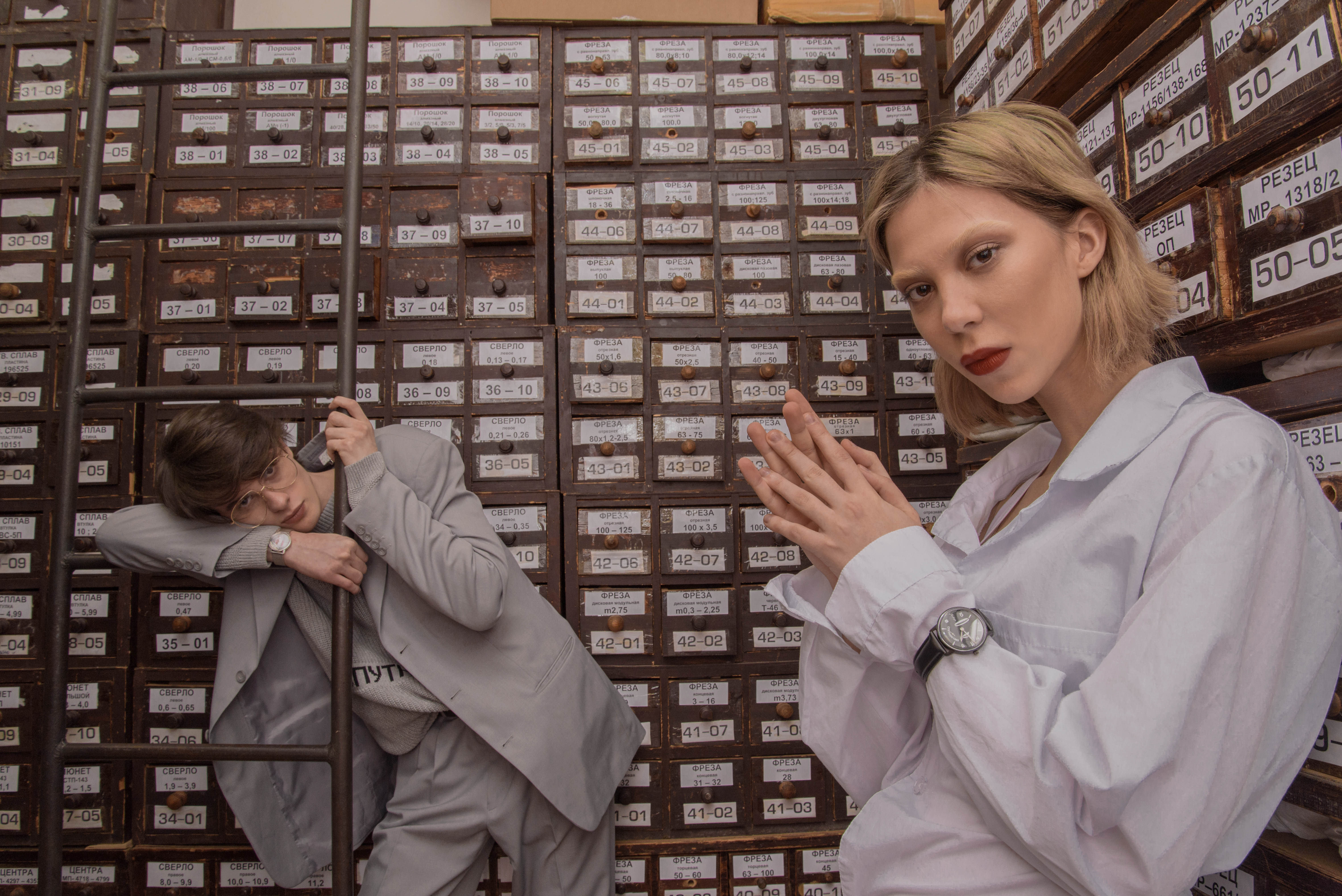 Another important thing that got forgotten somehow – technical specifications sheet. Well, maybe it is believed that true fashion fans don’t care about such stuff, who knows. Nevertheless, it is not difficult to guess that newcomer is based on one of quartz models from Russian watchmaker. Pobeda and Sputnik 1985 also reworked packaging to look more stylish.

Pobeda and Sputnik 1985 – Worth Buying

Frankly speaking, I am not huge fan of modern art. To put draw two sticks on white background is one thing and to copy nice landscape is another. Nevertheless, there are still some modern creations that are worth attention. Pobeda and Sputnik 1985 created interesting watch, but I think the best things are still ahead of them. This is just a start and I hope that they will bring us more new models based on more serious watches. One thing I am sure about is amount of photos – Sputnik 1985 will help with visuals and Pobeda will do their part in technical area. 😉 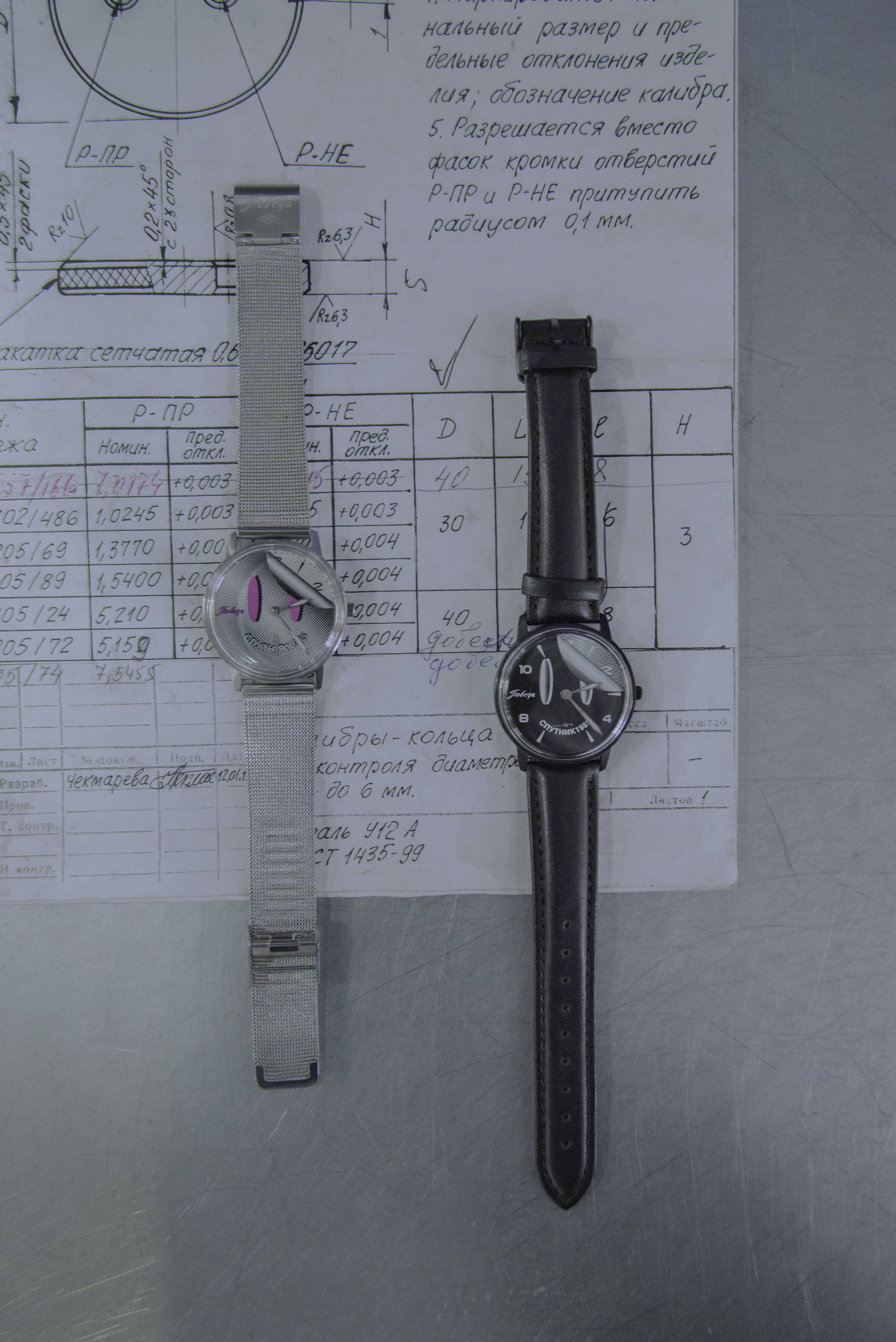 […] in the following lines, so if you are sensitive to such stuff – better read book first. You can read here about interesting watch. Don’t forget to like our Facebook page, so that you can get fresh articles on […]

[…] There is no mistake and in case you are no familiar with that idea, let me explain. By the way, here you can read about another interesting watch. Don’t forget to like our Facebook page, so that you can get fresh articles on […]