Previous Next
Today’s article is dedicated to another watch we’ve tried in Baselworld 2017 – new Tag Heuer Carrera 01 Diamond. There will be two new types, and we checked them on exhibition.
By the way, here you can read another report from Baselworld 2017 with Tag Heuer watch.
Don’t forget to like our Facebook page, so that you can get fresh articles on time. 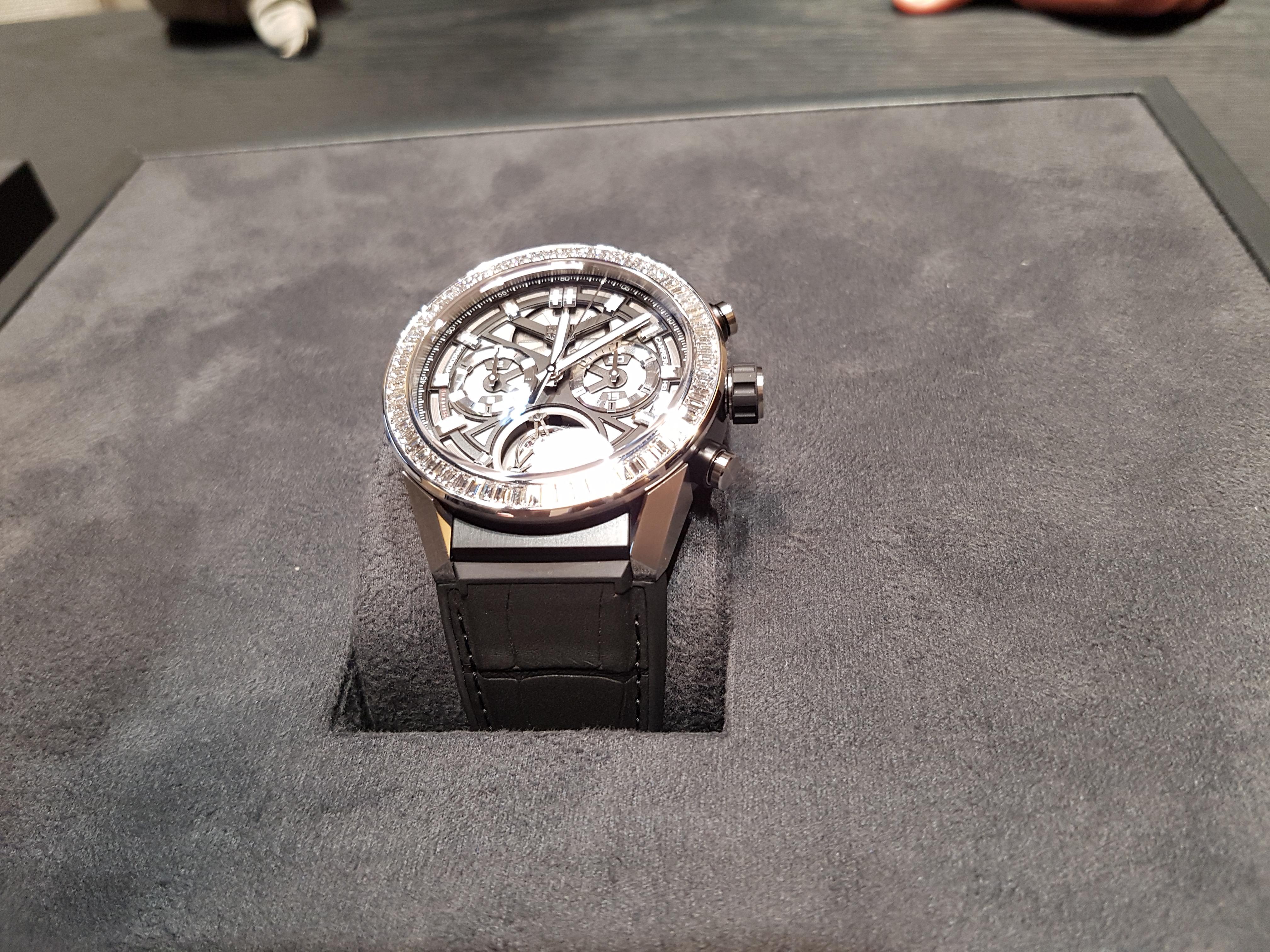 As if original Carrera wasn’t luxury enough, Swiss manufacturer decided to add diamonds. As it was mentioned in the beginning, there will be two types of Tag Heuer Carrera 01 Diamond available, which will differ with diamonds version and their amount. Baguette-cut type features stones around watchface and might be considered as the “balanced-looking” in comparison with the second type. 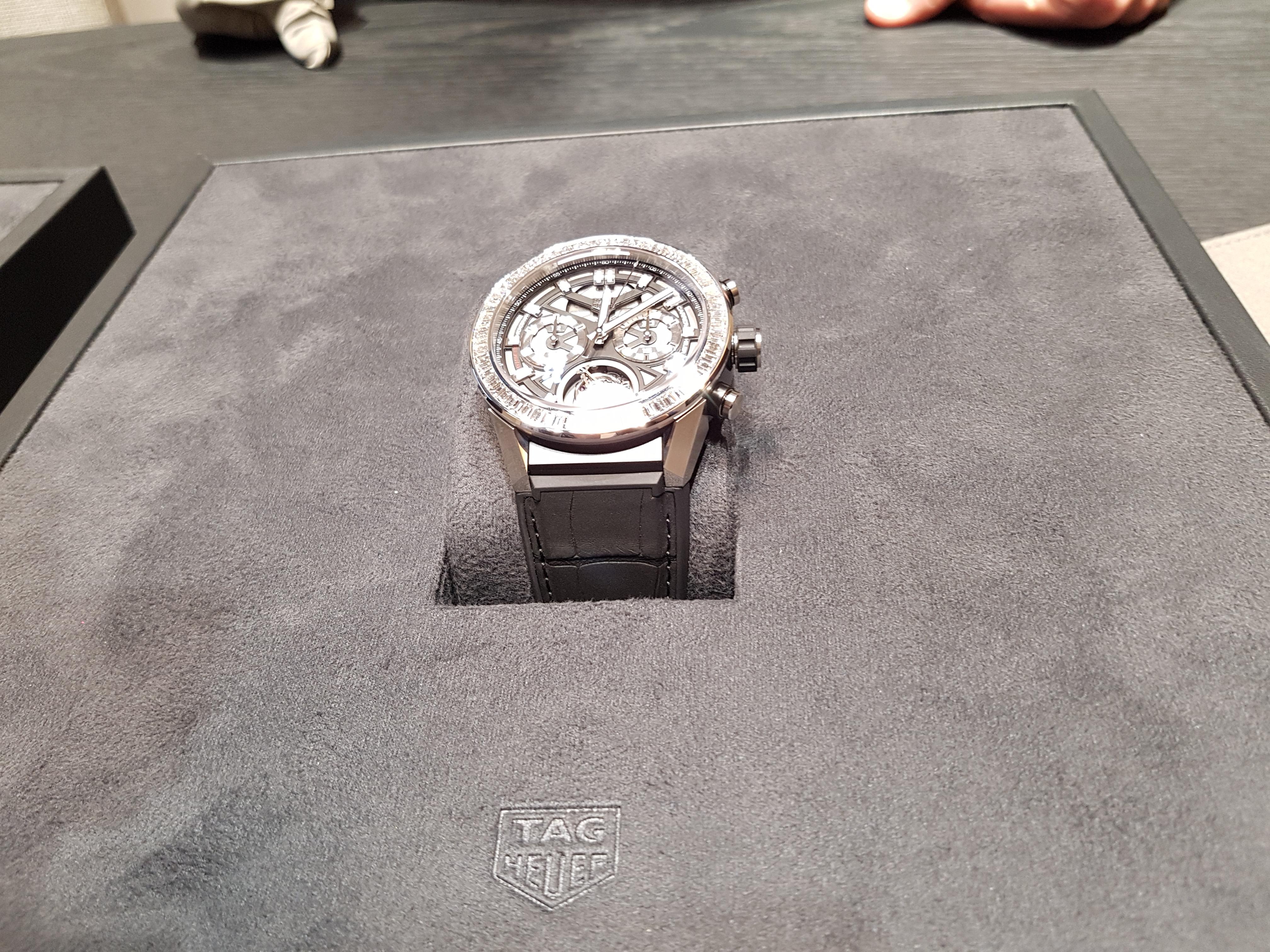 You might guess that the only difference is diamonds incrustation and price. Well, you are right here, because all movement parts, case design and some other features are absolutely the same as on the “simple” version. From the other side, newcomer can be perceived as an ultimate poser timepiece. If you want to show that you can spend more than original watch price – that’s the right choice for you. 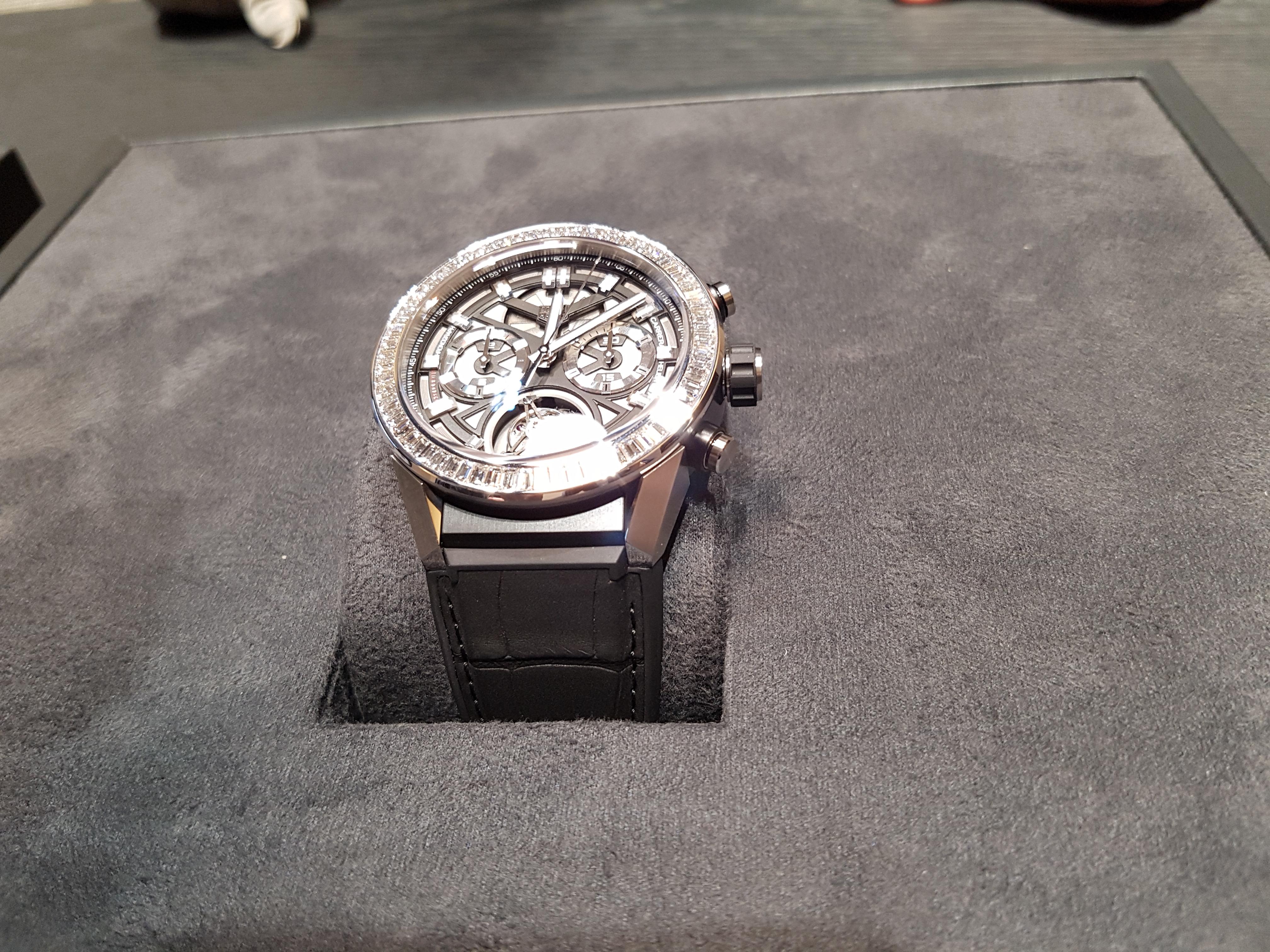 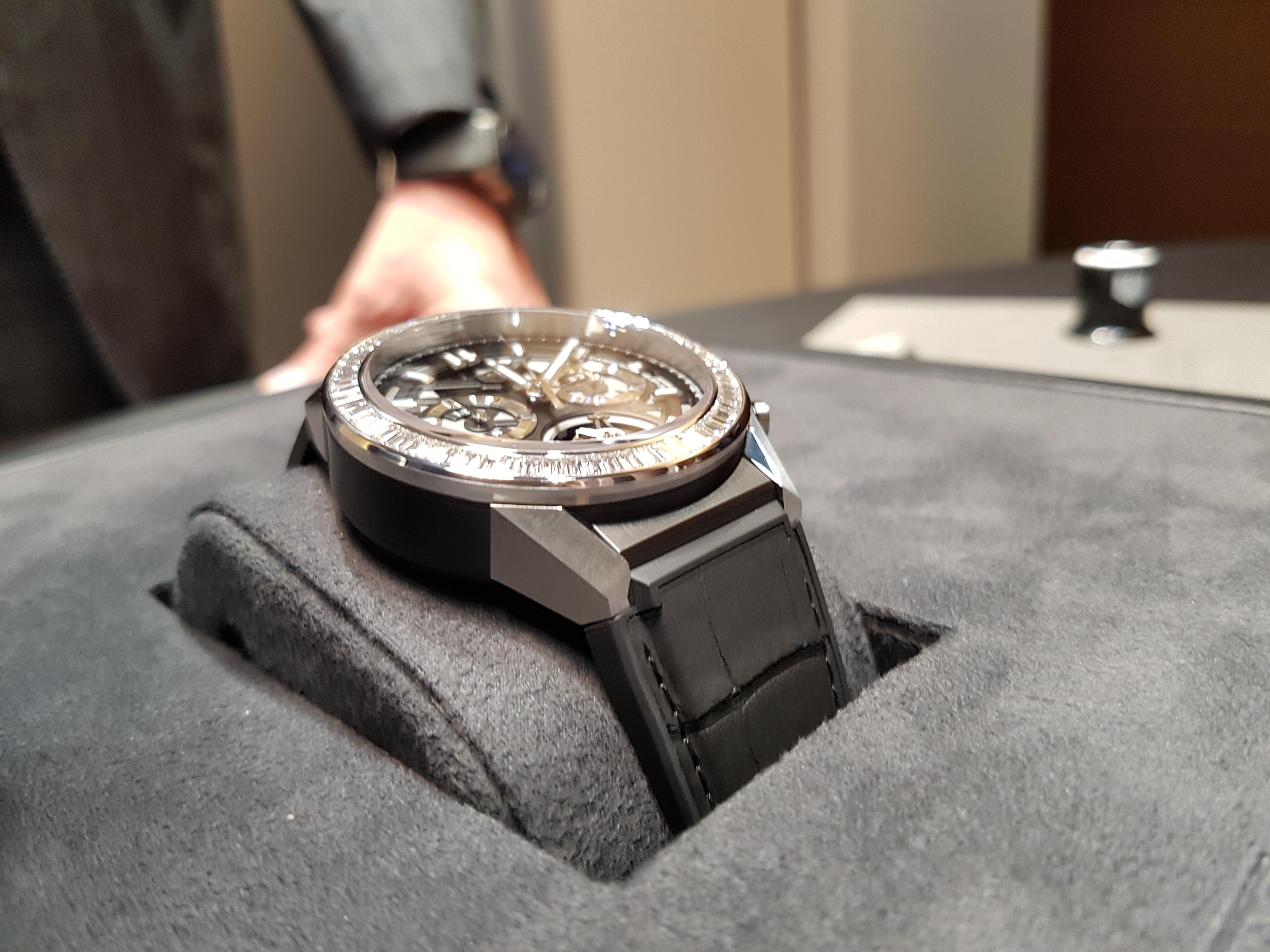 Good sign of the existing demand is that displayed watches were bought, and acted as visual demo units only. Some people like shiny things, we know. Me, not being a huge fan of such things, can’t say anything for or against this watch. Yes, it’s too imposing with shine of diamonds, but let’s not forget that such design is also produced by other big Swiss companies. In other words, Tag Heuer decided to claim market share with its own special edition, and it’s smart move. 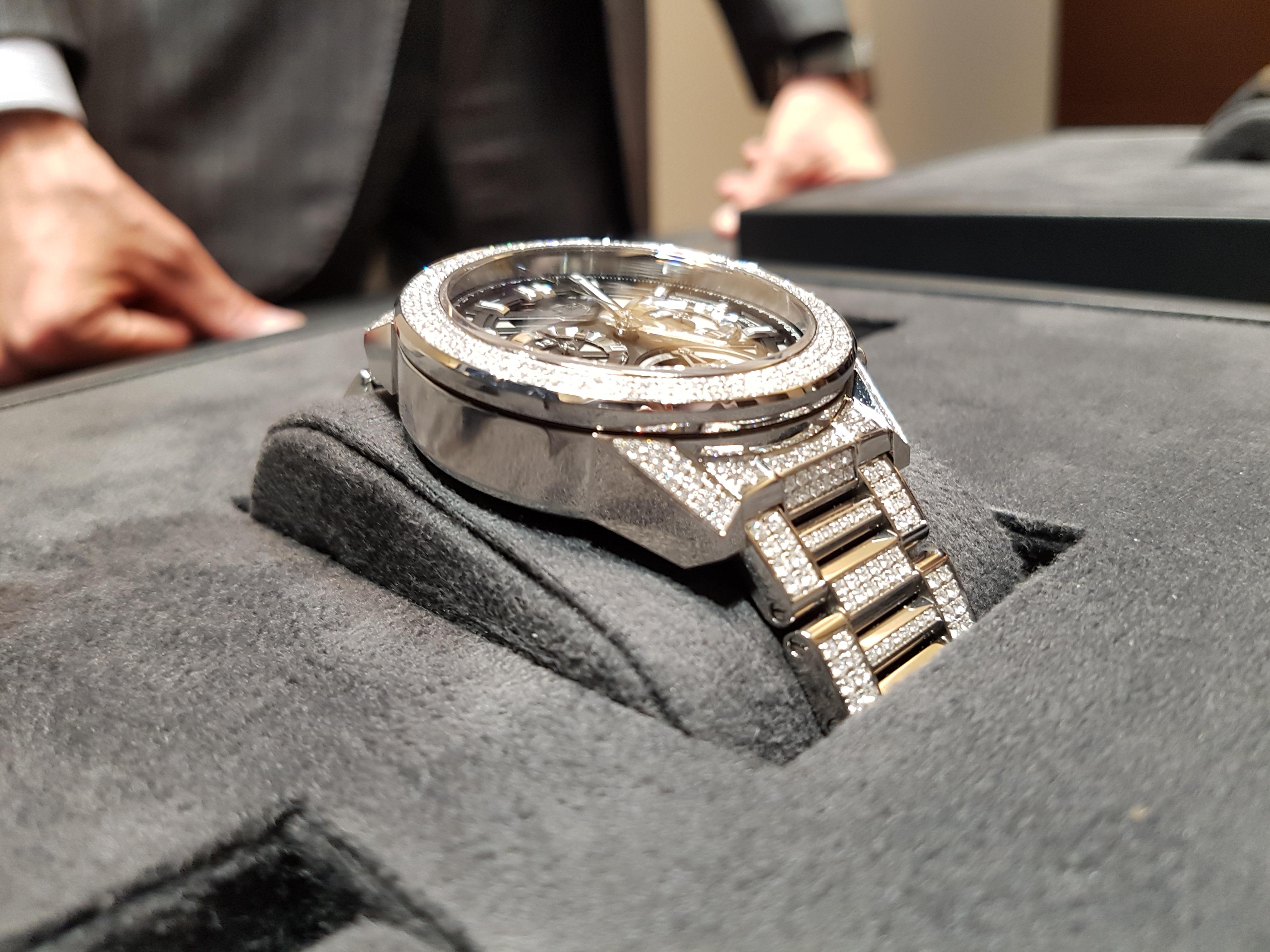 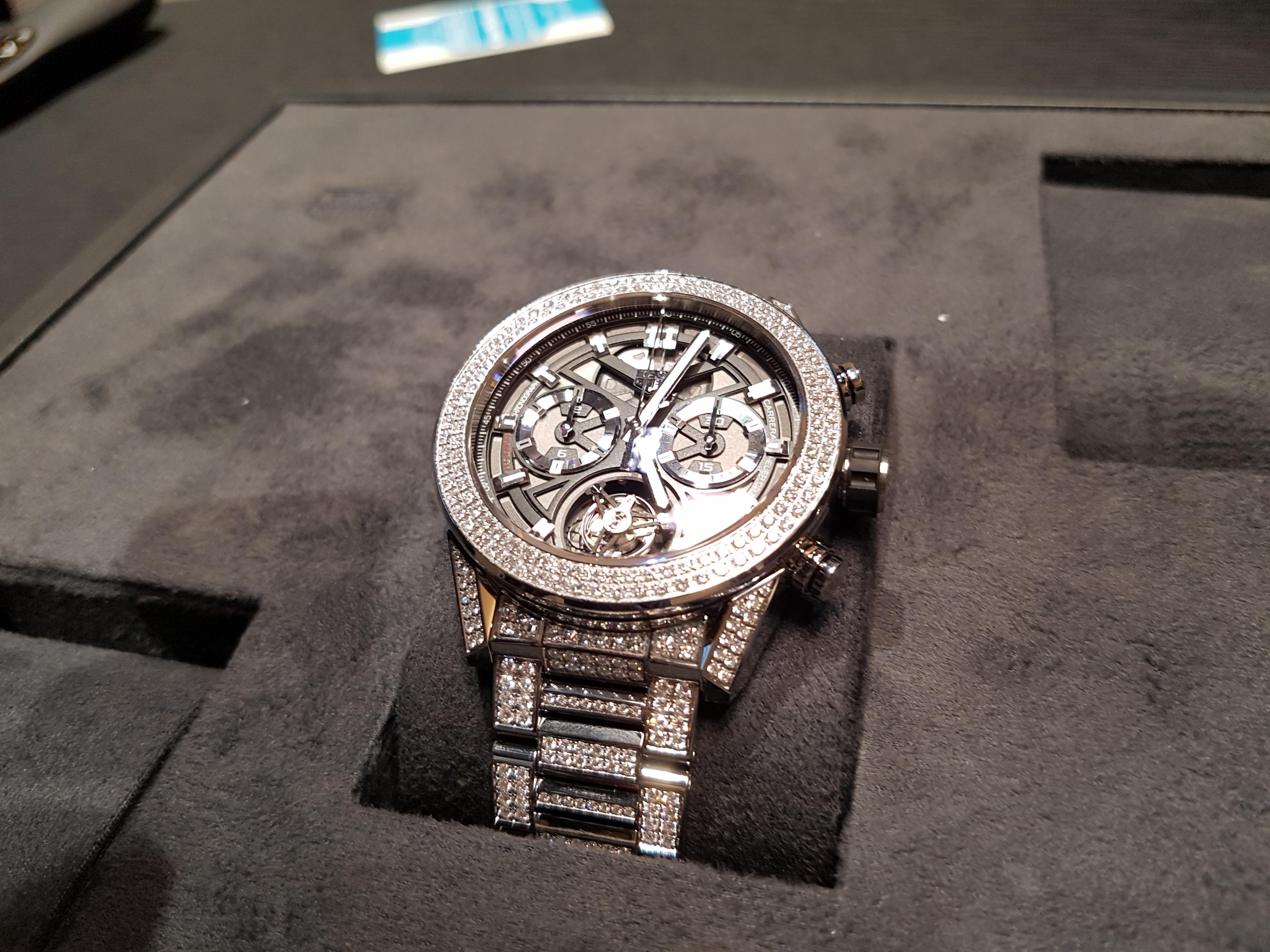 I think that this model won’t have a problem with customers and demand. While it might be not liked everybody, it will definitely generate polar opinions and delight its owners. As for me, I would rather choose classic black version with minimum of shiny parts. 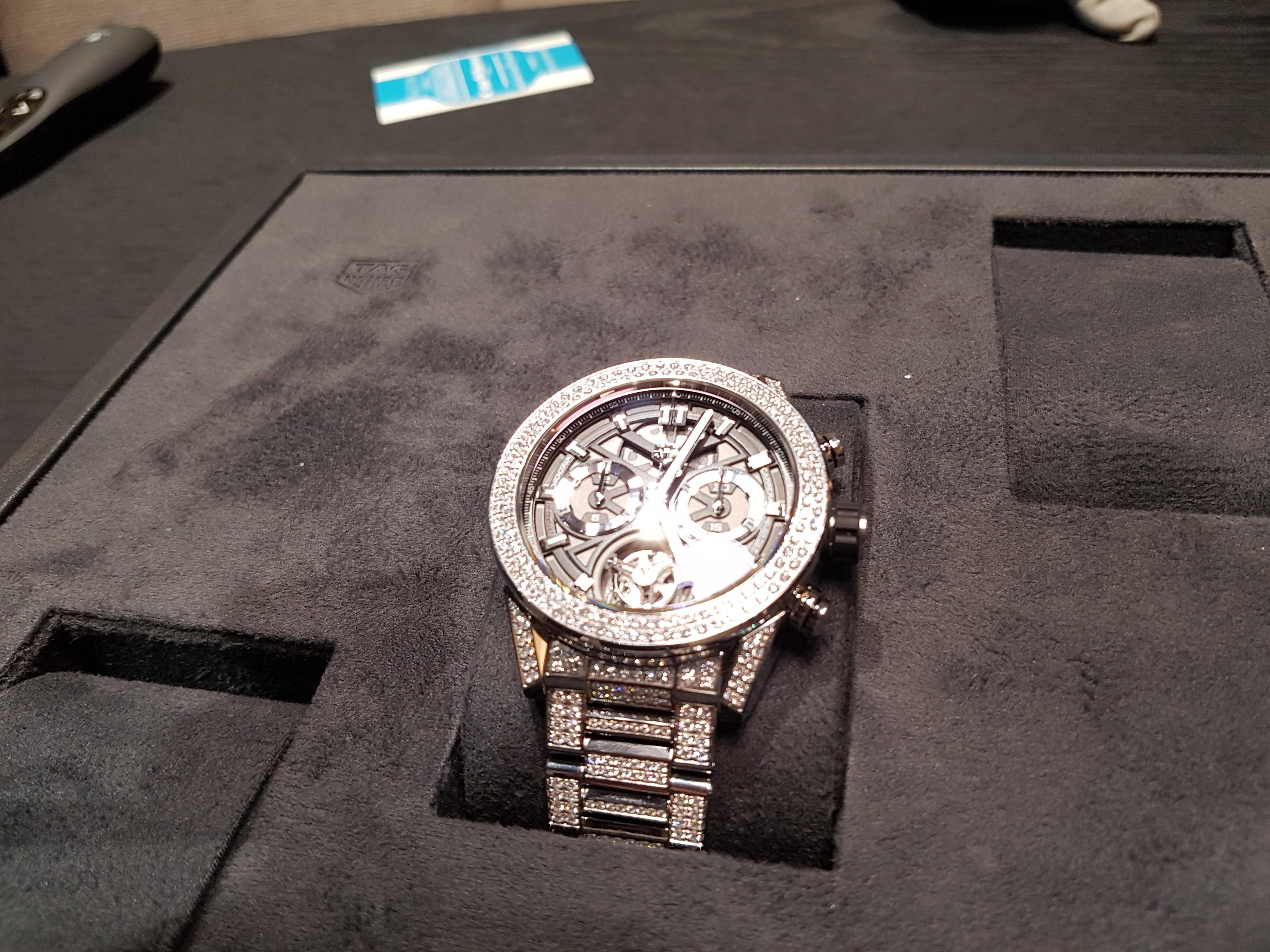 […] It was available on recent Baselworld 2017, so we are ready to tell you few things. By the way, here you can read review with another watch from Baselworld 2017. Don’t forget to like our Facebook page, so that you can get fresh articles on […]