Previous Next
Today’s preview is dedicated to another crazy creation from M.A.D. Gallery – Nixie Machine 2 by Frank Buchwald. Under such unusual name you will find second iteration of the Nixie table clock, which is truly unusual in its design.
By the way, here you can read review with watch from MB&F on Baselworld 2017.
Don’t forget to like our Facebook page, so that you can get fresh articles on time.

Straightaway I want to say that this is not a preview in its full sense because I saw this watch in Baselworld 2017. Its main designer – Frank Buchwald is originally from Germany. By the way, he was responsible for the first model too. Well, this time it was decided to go crazy with external appearance, and make watch even more unusual. As you can see on the photos, cold tech design is combined here with warm light of tube lamps – quite an unusual combo, which looks impressive in person. 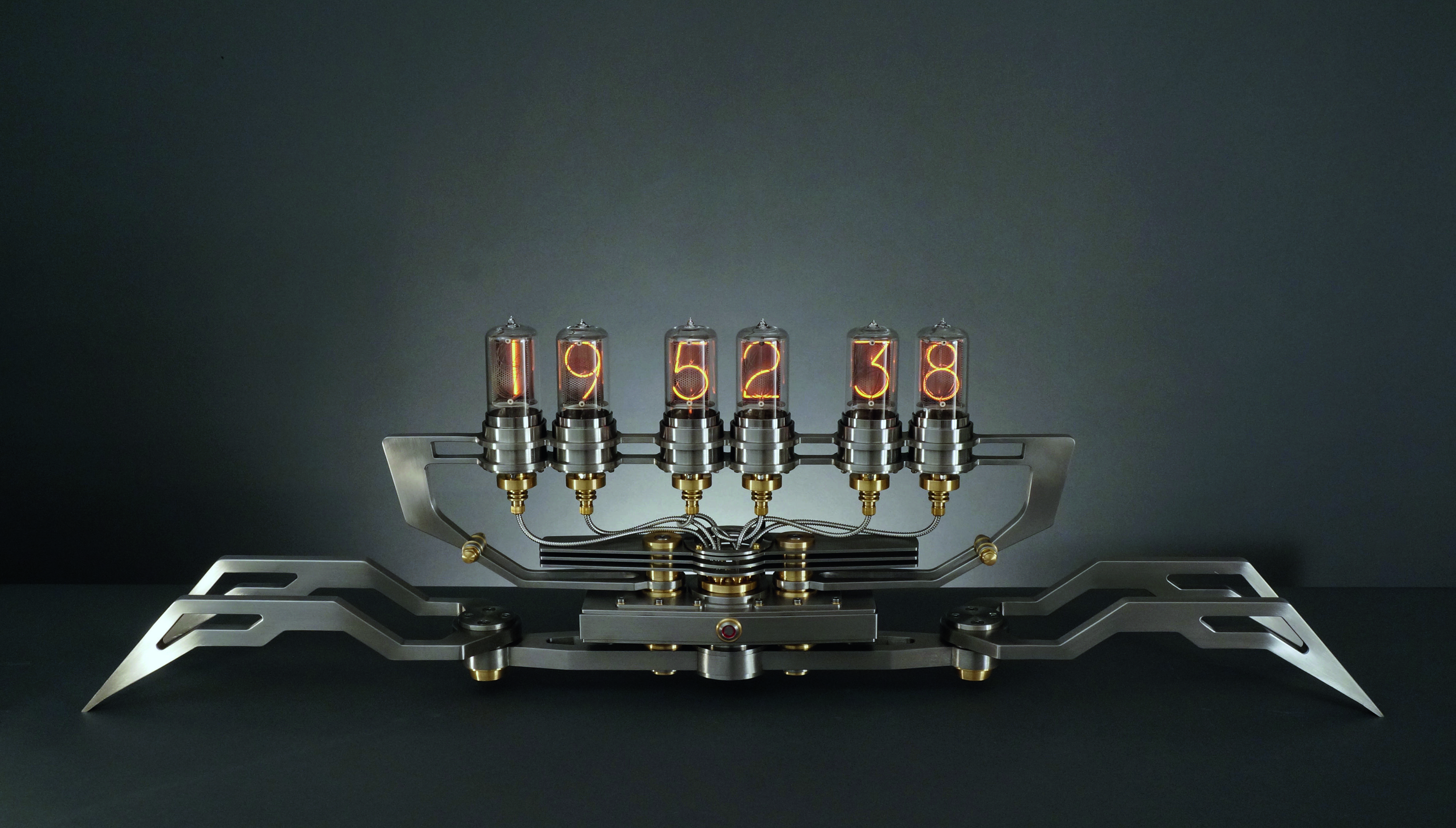 Each tube was created by Dalibor Furny, who is named as one of the masterful engineers today. I think tubes can be considered as a perfect proof of such claim. Word “tube” doesn’t communicate full meaning of what those parts do – they display time! Yes, inside each you will see glowing digit. Even more drama added by the fact that Nixie Machine 2 displays not only hours and minutes, but also seconds, what means six tubes in total. Get ready to explain everybody that this is not a bomb. 😉

Another notable feature here – symmetry. I would say that it was guiding whole design, because each element is created to be perfect reflection of the one on the opposite side. Even the sole hole for wires is placed right in the center, in order not to disturb overall composition. Note that stand is quite huge in size – more than meter long, and watch looks imposing in reality. Should I mention that you will need big table for such “accessory”? 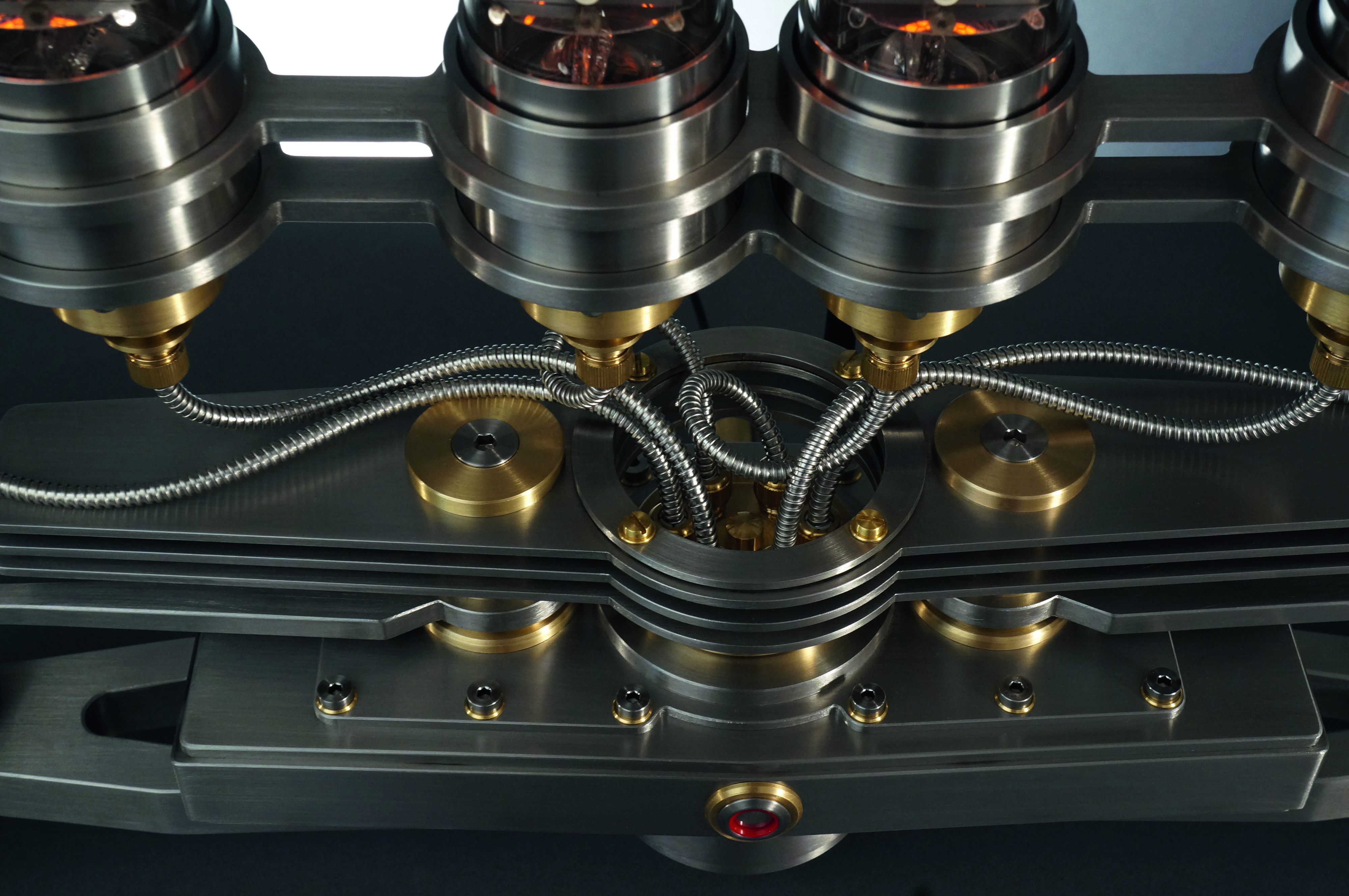 New model will be limited as other creations presented in M.A.D. Galleries. There will be only twelve pieces produced, so if you want one – say good bye to your wallet and hurry to the closest gallery. I have no doubt that such watch will be an excellent addition to minimalistic interier. Moreover, we all like this warm glow of tubes, right? 😉