Today we are happy to share with you another preview, which will be dedicated to the new Bulova Special Edition Latin Recording Academy watches. Novelty was announced recently and underlines cooperation between two entities.
By the way, here you can read review with another interesting watch.
As usual, don’t forget to like our Facebook page, so that you can get fresh articles on time.
[amazon_link asins=’B002IDTUHG,B002WJIQA8,B004TB226Q,B0018AJN4U,B01IRKGX7I’ template=’ProductCarousel’ store=’vit157-20′ marketplace=’US’ link_id=’c8fe3173-7d10-11e7-80b0-49e1e03753f9′]
First of all I would like to point out that watchmaker announced cooperation with Latin Recording Academy in 2016. Yep, last year, and new Limited Edition should celebrate interaction between two. Clearly Bulova wanted to create more timepieces connected with music, and such union presents new opportunities for this. Yeah, I know, some of you might have never heard about Latin Recording Academy. This organization unifies Spanish- and Portuguese- speaking musicians and aims to improve life quality for those. 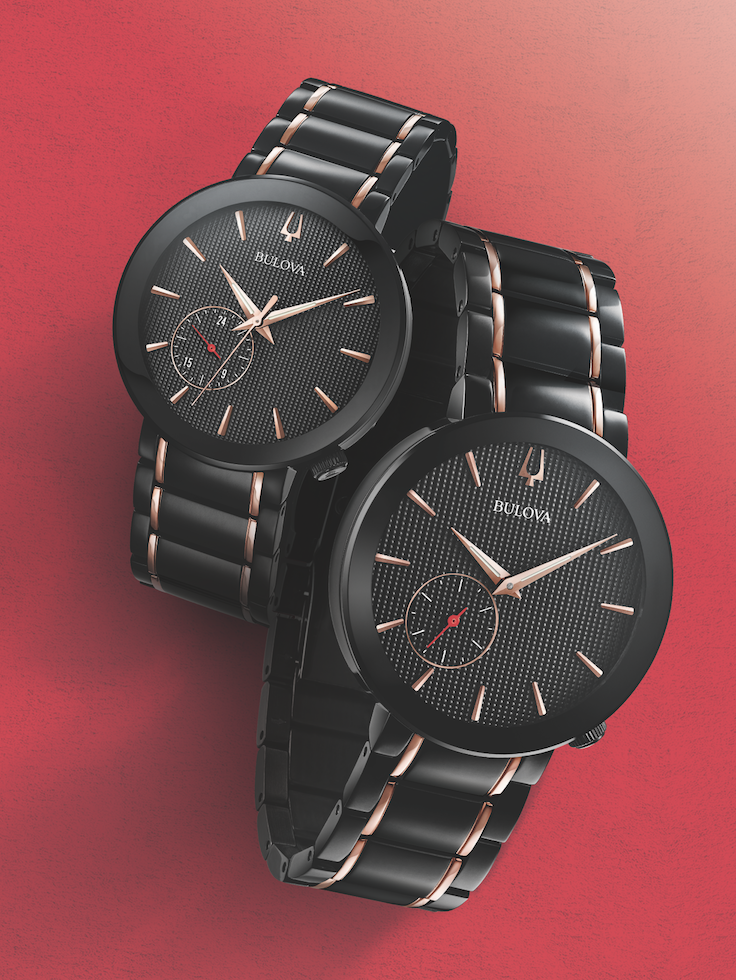 As for the main subject of this article – Bulova Special Edition Latin Recording Academy watch, its design might look familiar to some of you. Well, this is understandable, because newcomers are based on so-called modern series from Bulova. Don’t expect some unusual movements or crazy complications inside, this model was created with different purpose in mind – to appeal visually and attract attention. First of all there will be several sizes available, and it’s safe to say that overall desing is unisex and should fit both men and women. Design combines expensive-looking dark colors, and such mix look truly interesting.

Of course, case is made out of stainless steel, but design employs special edge-to-edge technique. I am not sure how black coating will act in real life, you better be careful while wearing this model in order to avoid scuffs and scratch marks. Watchface is covered with sapphire glass, so at least there won’t be any scratches at this part.

Don’t search for any special signs on the watchface – the only mark is placed on the caseback. Bulova Special Edition Latin Recording Academy features logo of this organization, which won’t be visible to other observers. There is no clear wording on amount of released watches, so I guess it’s more of Special Edition than Limited Edition. Latin Grammy logo is finished in special red hue, which is a signature color for this organization.

New watch should be available in August. As it was mentioned above, Bulova Special Edition Latin Recording Academy should not be limited in amount, so you will have time to decide on purchase. Price starts at 595$, what puts this model in area with plenty of different competitors from other companies.

[…] and bring several models for those who would like to see Bulova even on their walls. By the way, here you can read article about Special Edition Bulova watches. Don’t forget to like our Facebook page, so that you can get fresh articles on time. […]

[…] out on last Baselworld. Well, in this article we are ready to share a bit more info. By the way, here you can read review with another Bulova watch. Don’t forget to like our Facebook page, so that you can get fresh articles on […]