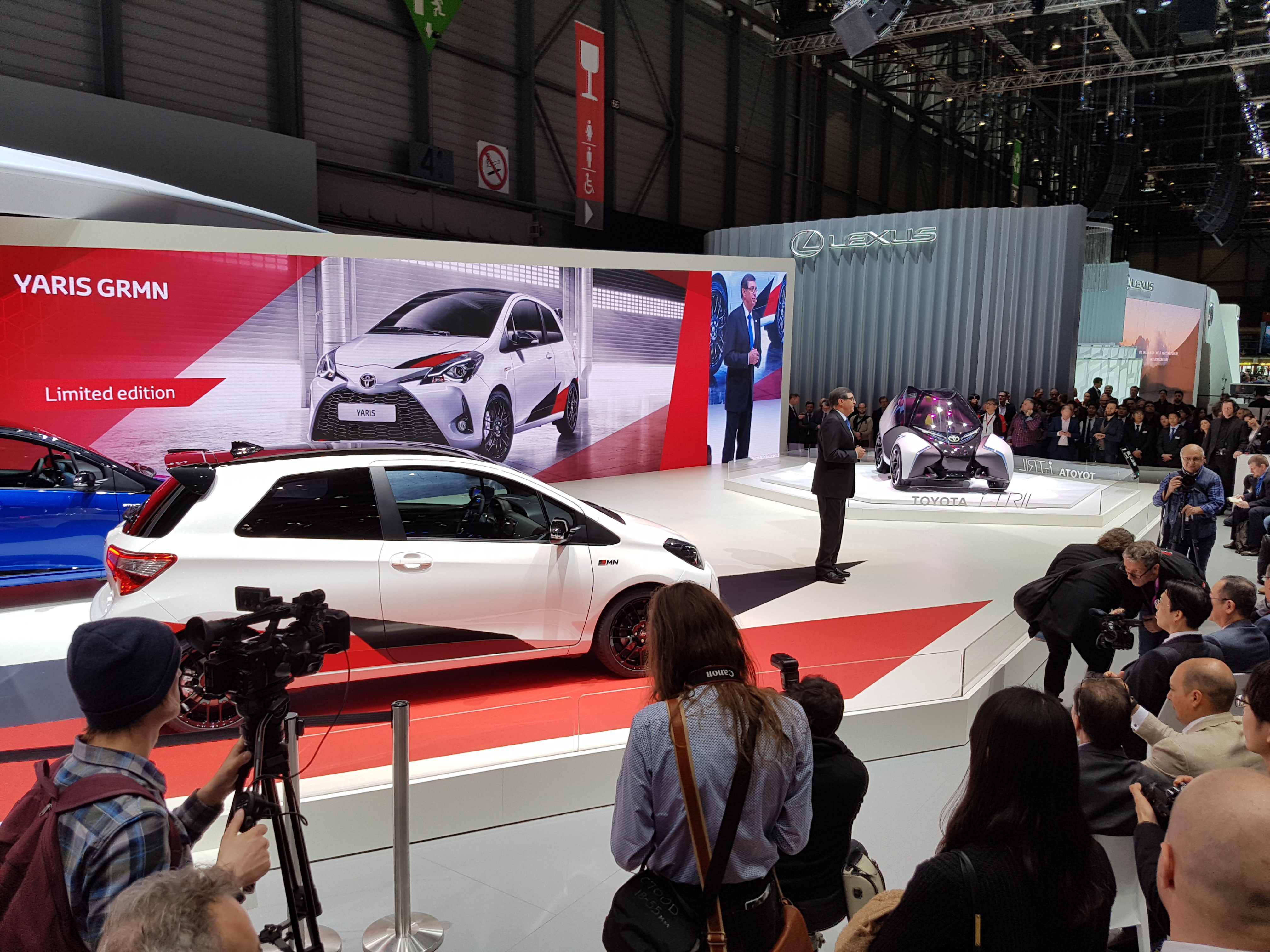 Hi!
As you can guess from the title, today’s article is dedicated to Toyota Yaris GRMN presentation on Geneva Car Show 2017. Of course, it happened on the first day of the exhibition, and I was interested to see how Japanese manufacturer can surprise us. Well, overall show was surprising as well.
Don’t forget to like our Facebook page, so that you can get fresh articles on time. 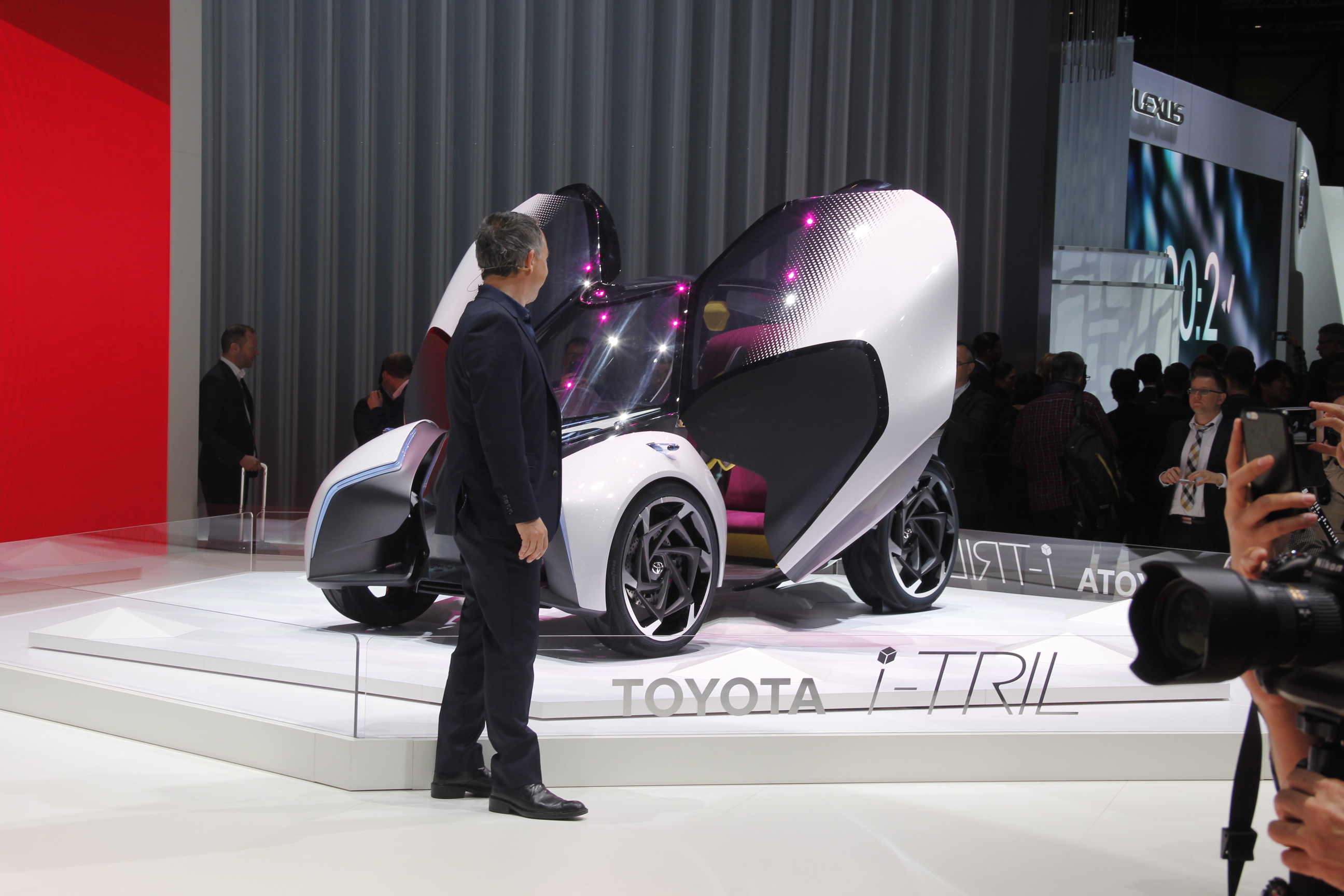 First of all I have to note the style of this presentation, when head of EU branch was trying to act natural, but couldn’t, because all his speech was read from screens. Moreover, we all can see if somebody truly loves cars or tries to sell them. You can also guess, what type of person was this guy… It’s a bit sad to see such picture, because that’s why Toyota just recently returned to driver cars, which are truly ultimate in terms of their specs and design. Yeah, enough about people, let’s jump to cars. 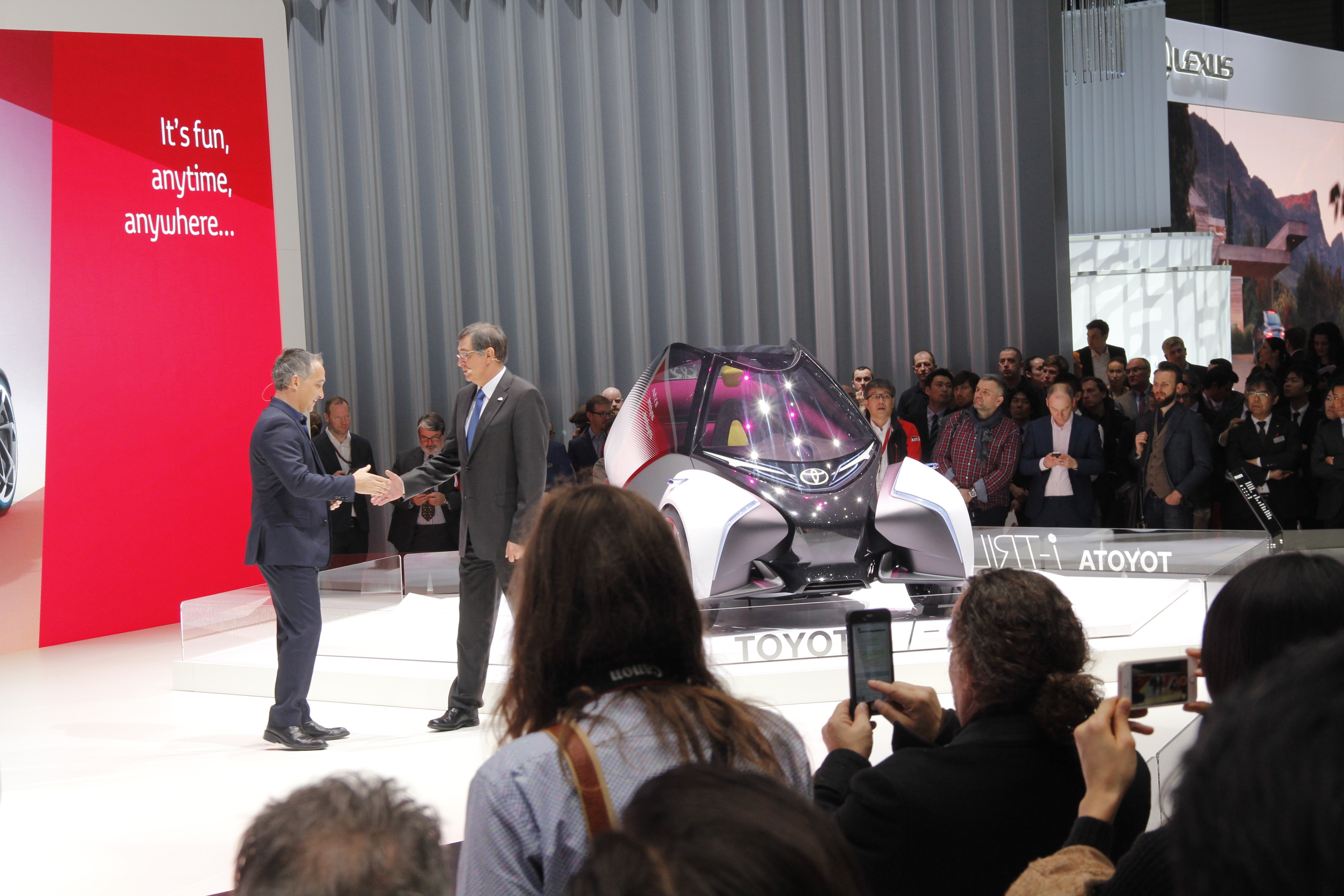 What a show without concept from Toyota? Geneva wasn’t exception from this rule, and company decided to present their new i-TRIL, which shows “vision of urban mobility in 2030”. If this is our future, please stop and I will jump out. If we speak seriously, new car was created by ED2 design studio in Nice and should be equipped with electric motor. Total length of this concept equals to 2830mm, so it’s quite small capsule for the future transportation. 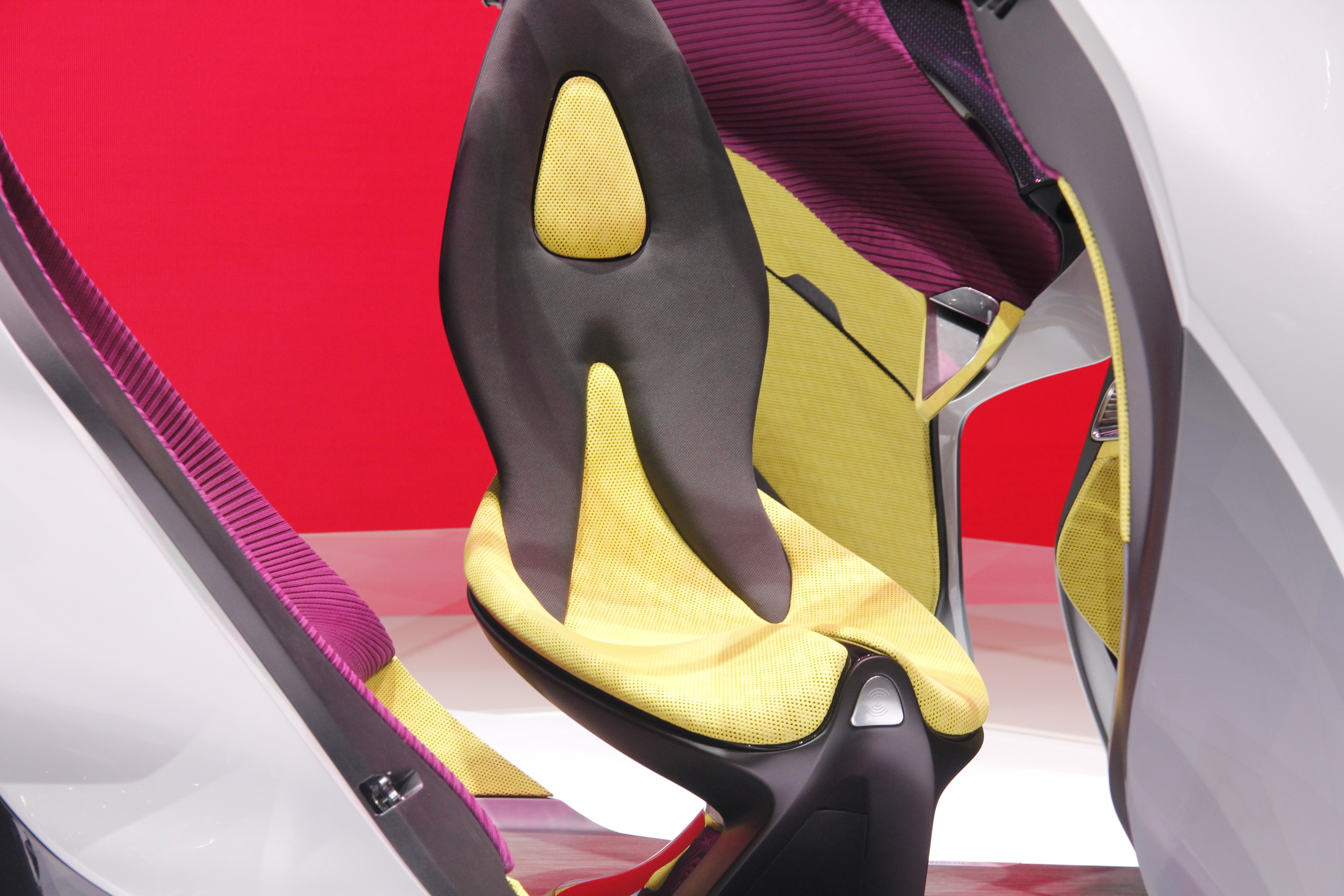 Of course, this is a concept-car, so doors are finished in butterfly style, what looks unusual when opened. Toyota claims that such solution was used for ease of entrance, but we all know that it’s just to attract attention. 😀 Inside it will fit one-plus-two people. 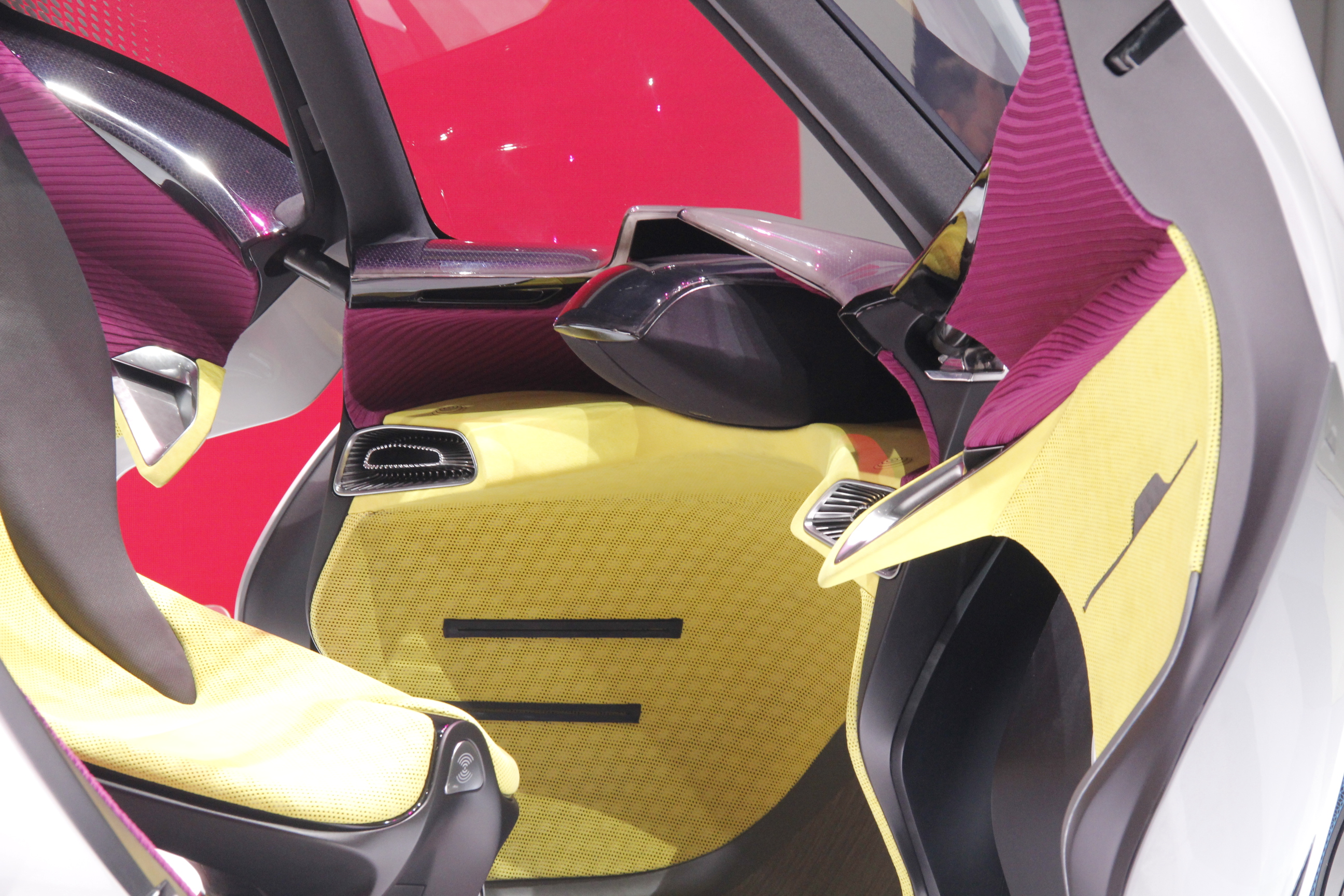 Yeah, driver in the centre, and passengers behind, so at least one of your legs will have enough space. At least one feature will make this car a bit more attractive for driver – swiveling seat, which will make it easier to get in and get out. 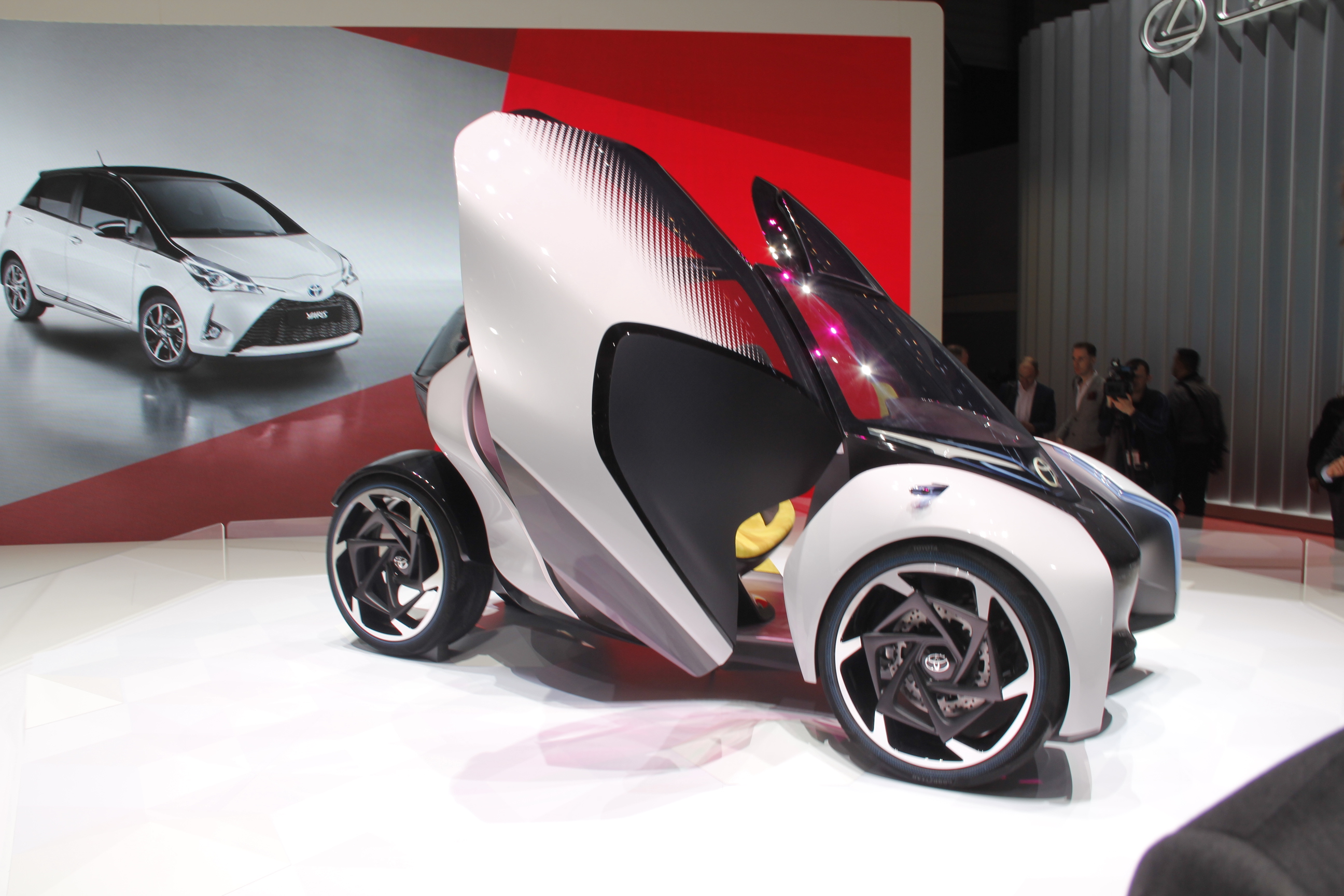 On the video I joke about this car crashing on the first turn, but actually Toyota tried to prevent such occasion. How? i-TRIL leans 10 degrees in turns, what should give you bike-like feelings. Moreover, such solution will provide smaller turn circle equal to just 4m. By the way, steering, acceleration and braking are all carried via drive-by wire, so forget about any mechanical connections. Car should be able to drive 200km on one charge, what is more than enough for city commuting. I really doubt that you will try to drive it on autobahn, unless you want to be blown away by the first truck overtaking you. 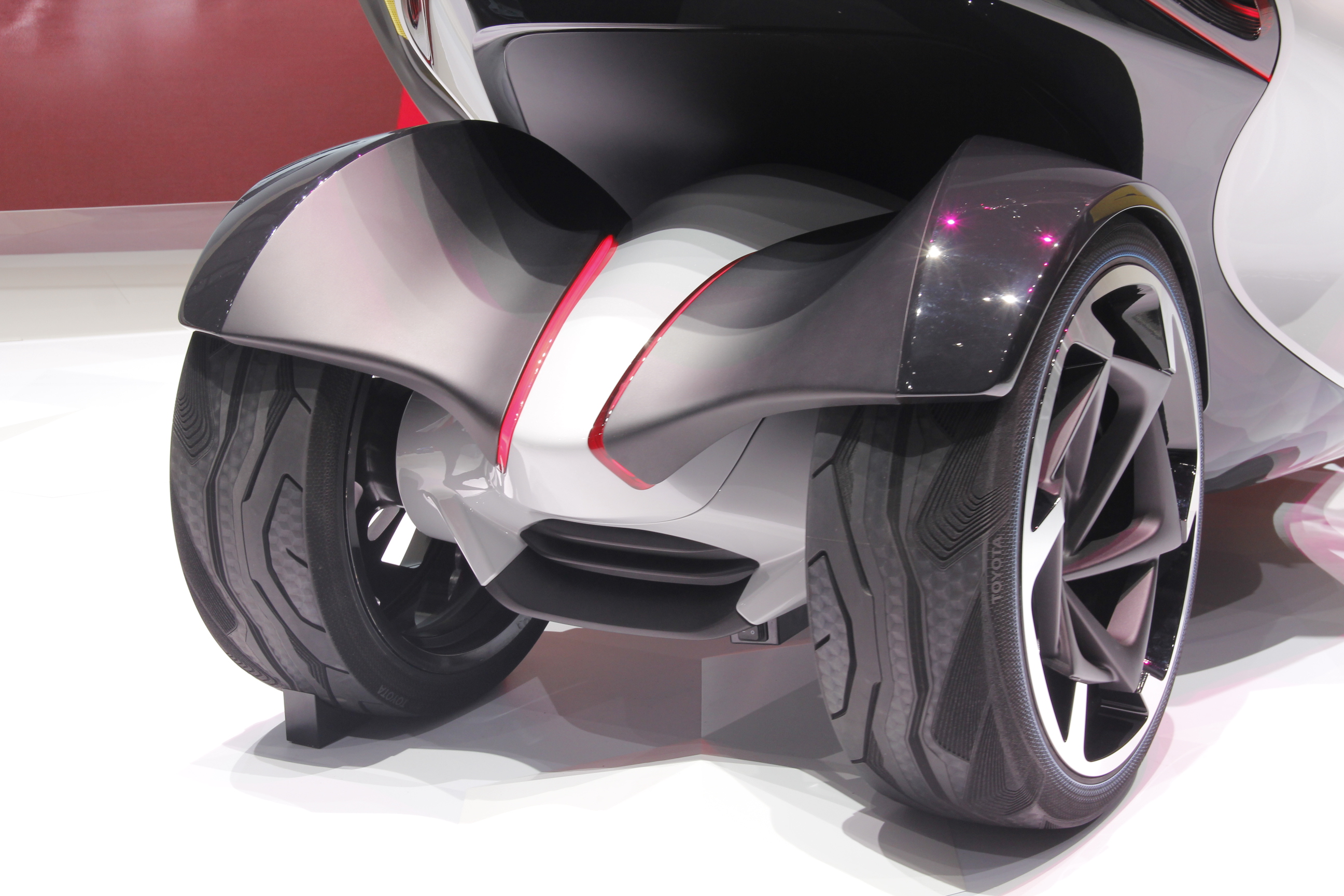 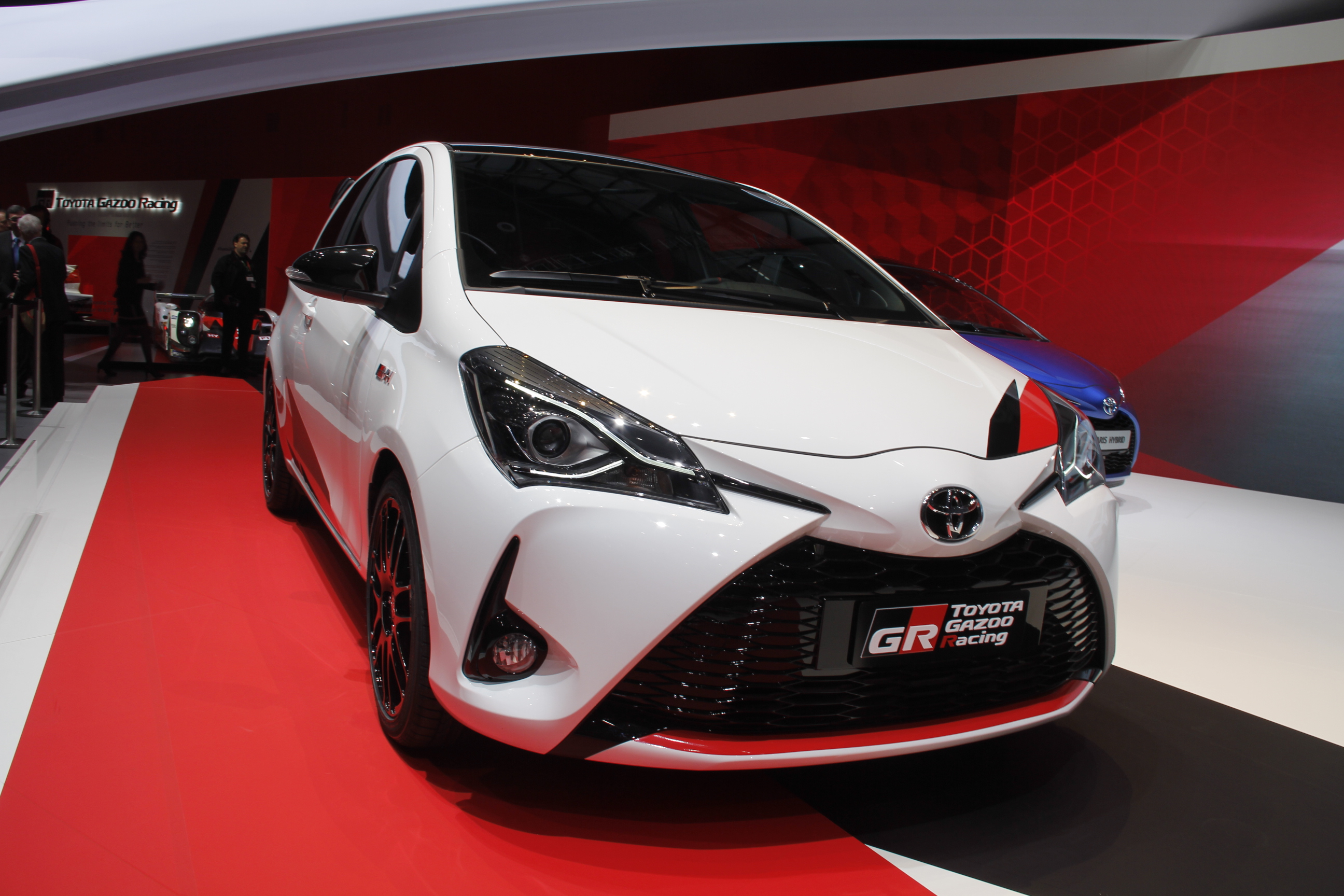 This one was unexpected by many, and people were even more surprised when specs were displayed on the presentation, but let’s not hurry.
First of all, Toyota decided to renew its Yaris, so even simple model will get external and internal changes to mark its change. The most important one will be 1.5 engine under the bonnet. 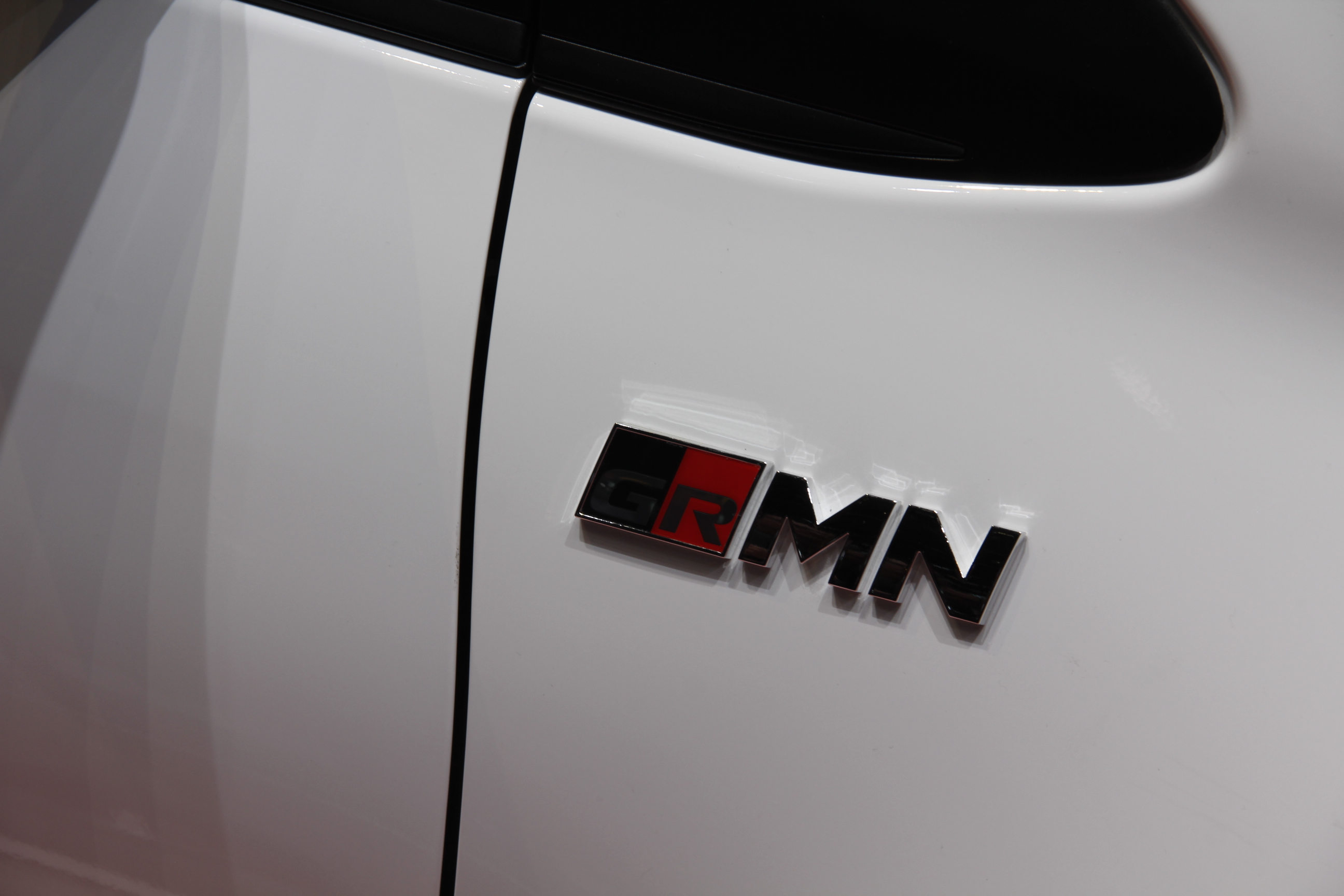 Now we can move to hot version of this hatch, which has quite beautiful and easy-to-pronounce name – Toyota Yaris GRMN. I wonder what nicknames will be invented in order to call this small angry Yaris? Under this strange name, which looks more ridiculous when you check official brochure with “GRMN” all over it, you will find absolutely crazy version of the good old Yaris 3-door hatch. Japanese manufacturer decided to go all-in and put 1,8 supercharged engine with 210hp output. 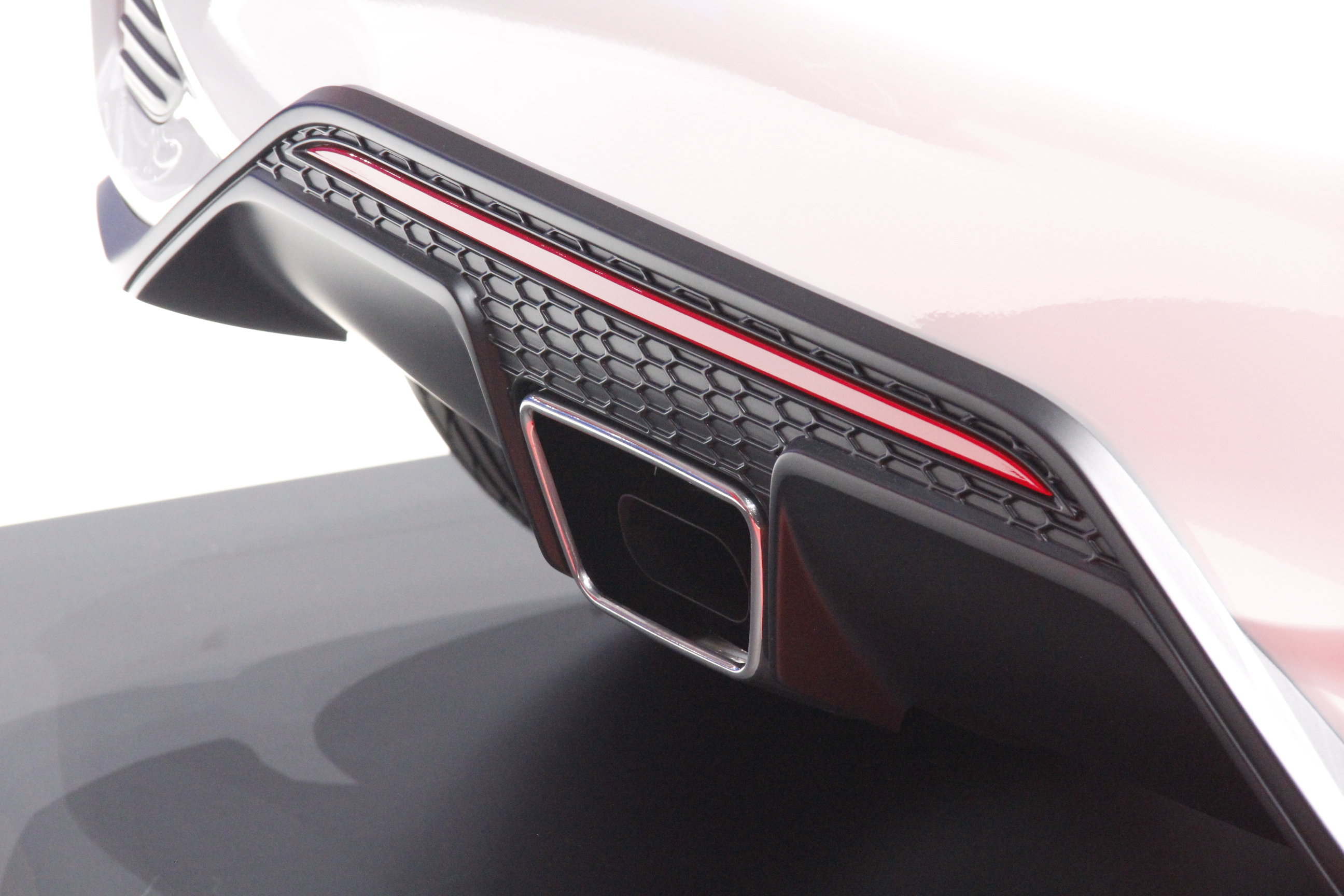 Ouch, it’s even more than GT-86. 😀 To make things worse, new hatch will be even faster than stock GT-86, so prepare for new YouTube videos comparing those two. 6sec to 100km/h will put to shame a lot of different cars… 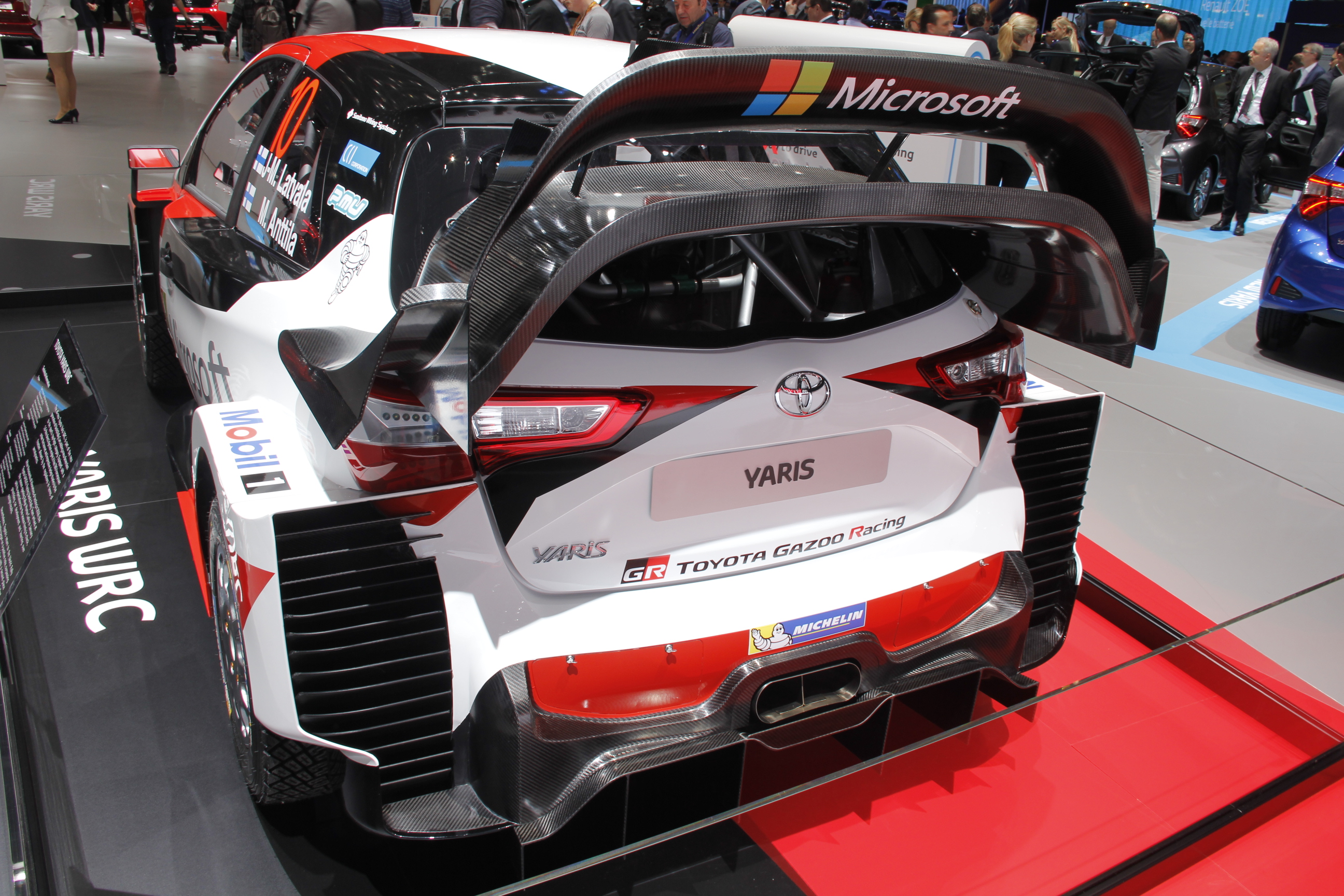 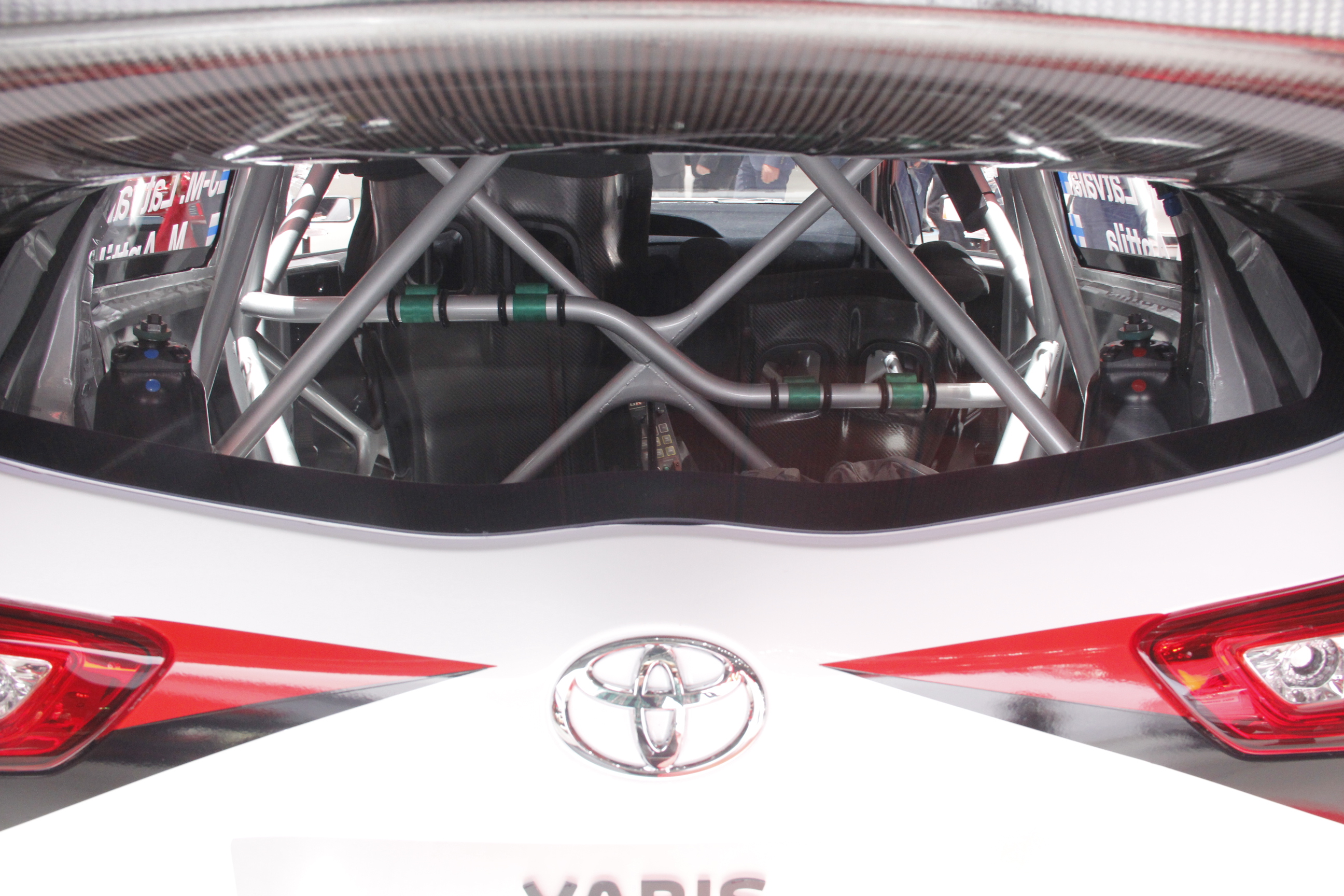 Of course, suspension was tuned in order to be capable to survive new loads. What’s even more interesting, and we can say it the main “in your face” to poor owners of GT-86 – Toyota Yaris GRMN will feature the same steering wheel, special racing seats and 17-inch BBS. 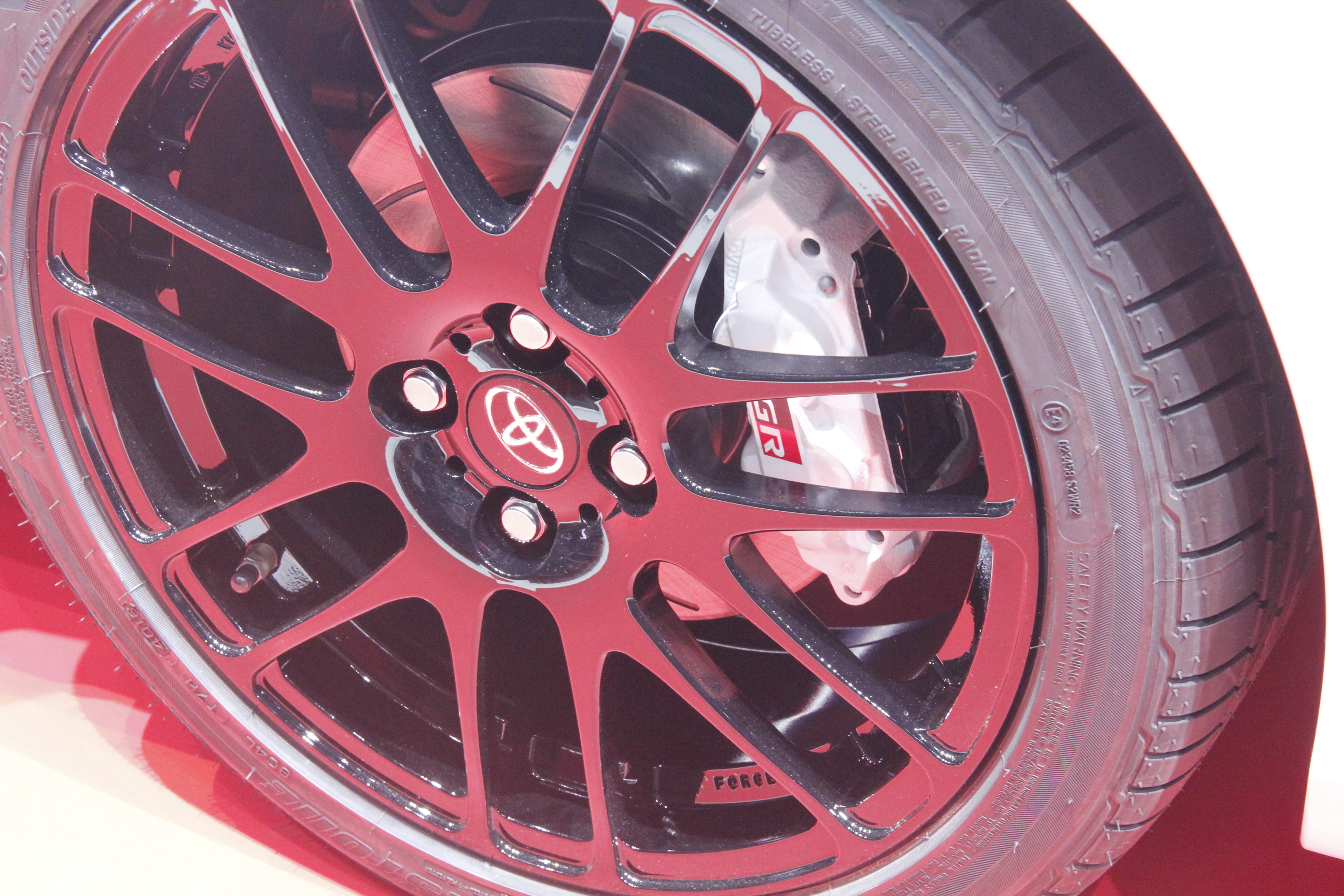 Now the main question here is the price. And don’t even bring reasons like “rear wheel drive” and other things. It won’t matter when you will be overtaken by such small hatch. 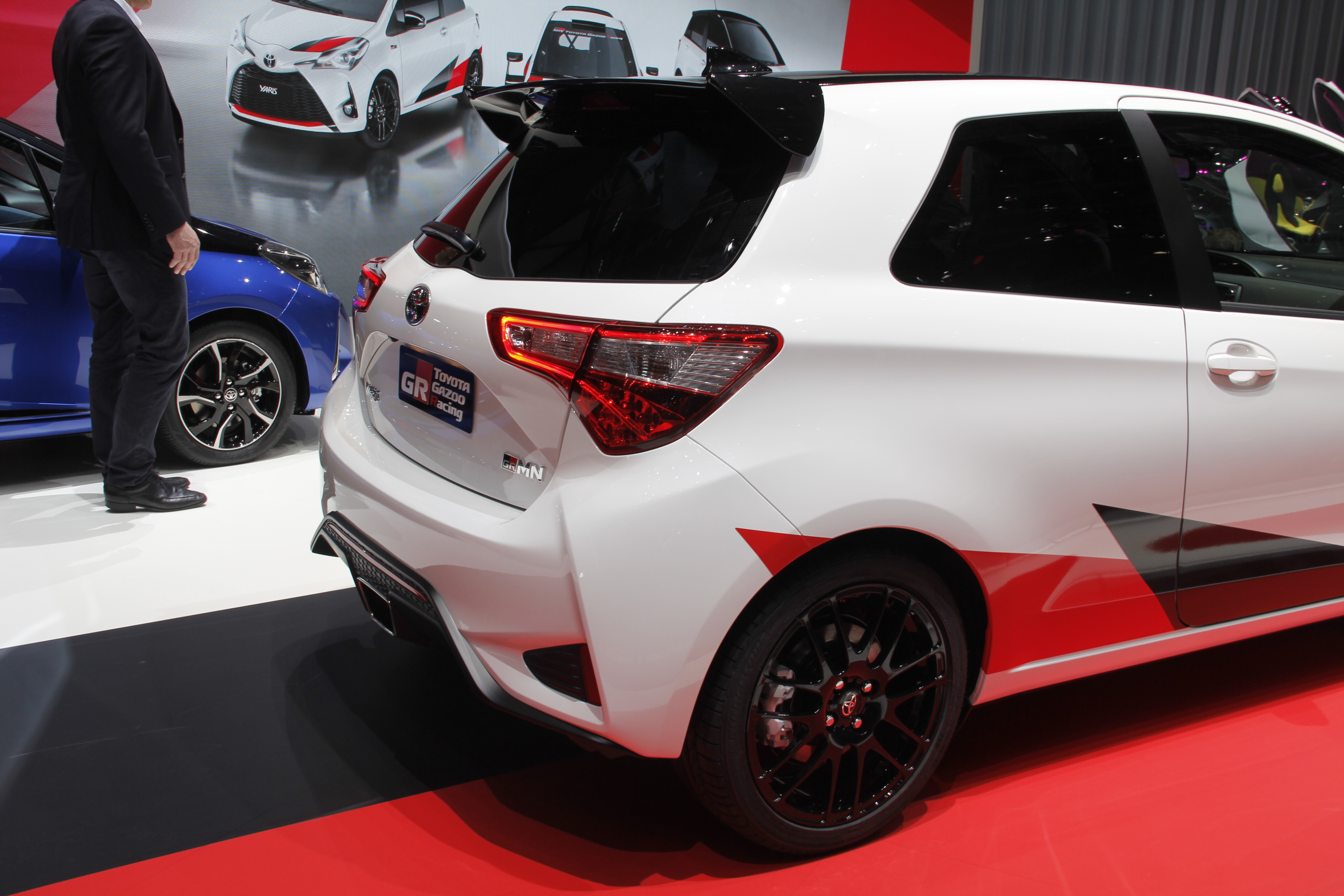 Overall I can say that new Yaris is a quite impressive model, and it should be interesting to test it in real life. As for i-TRIL, we all know that this is a pure fantasy, and let’s hope that our future will be different. 🙂 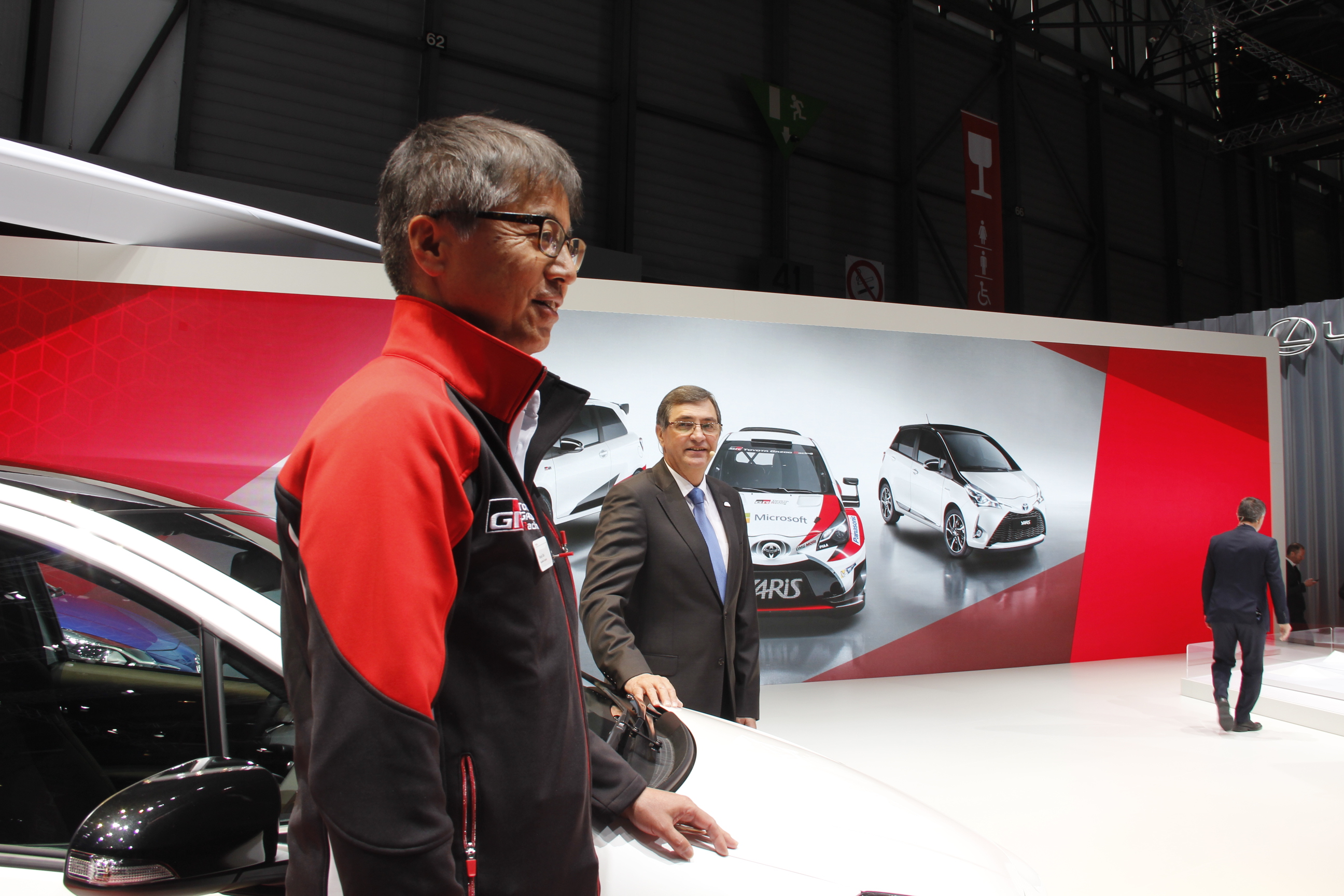