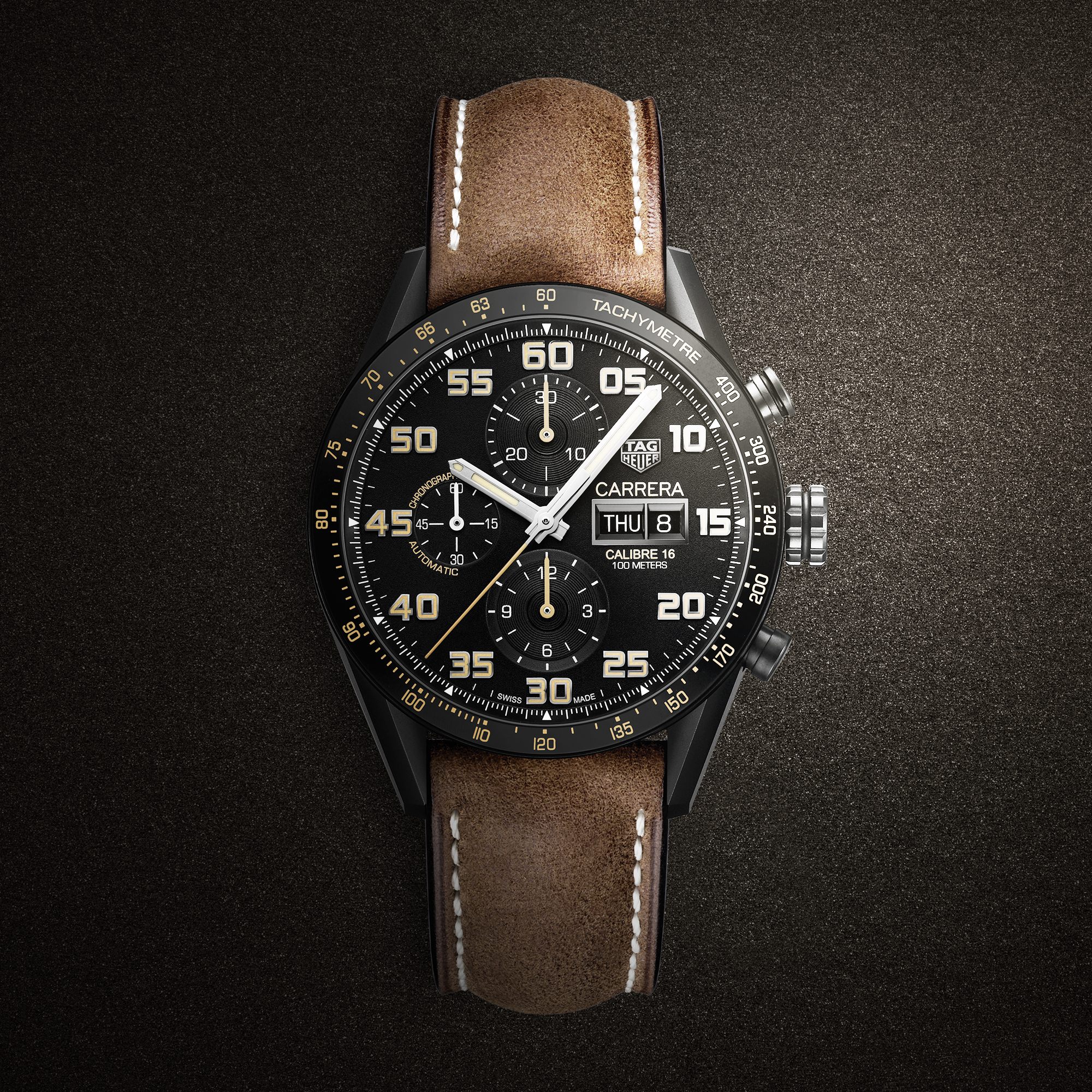 Hi!
SIHH should be conducted on this week, and Tag Heuer already bragged about its new models. Today I want to cover Special Edition of the Carrera Calibre 16, which will be presented on the expo. Swiss company decided to do redesign of this famous watch, which is perfectly timed to celebrate 10th anniversary.
As usual, do not forget to like our Facebook page, so that you can get fresh articles on time. Original Carrera is finished in calm, clean design, new model is not different from this, and such feature should be considered as an advantage. Number 10 close to word “anniversary” should make us feel old, because original Carrera was launched in 2007 (that was just yesterday, no?). 43mm chrono became quite popular, and you can see it on many hands while flying in business class on this 12hrs flight.
Tag Heuer decided to present this model in the new “lightweight” version, which will be made out of titanium.  It will be Grade 2 black PVD Titanium, modern and light material, suitable for good old Carrera. I also like the contrast between black body and  beige numbers. By the way, those beige marks are covered with SuperLuminova, which should shine bright in dark. It’s also good to see day window, which is finished in black color and doesn’t jump out of the overall image. Some features on the new model will remind you of the old Carrera, you can see that both chrono dials are placed at 12, 6 and 9 marks. Oh, I should also mention that bezel is made out of black ceramic, which is nice touch in this complex model. Overall style remained clean and elegant, what is already iconic for Carrera. Back side is made transparent, so that owner can appreciate Calibre 16 movement. Not only front glass is sapphire, but rear one as well. Note that flywheel is decorated with Cotes de Geneve pattern. 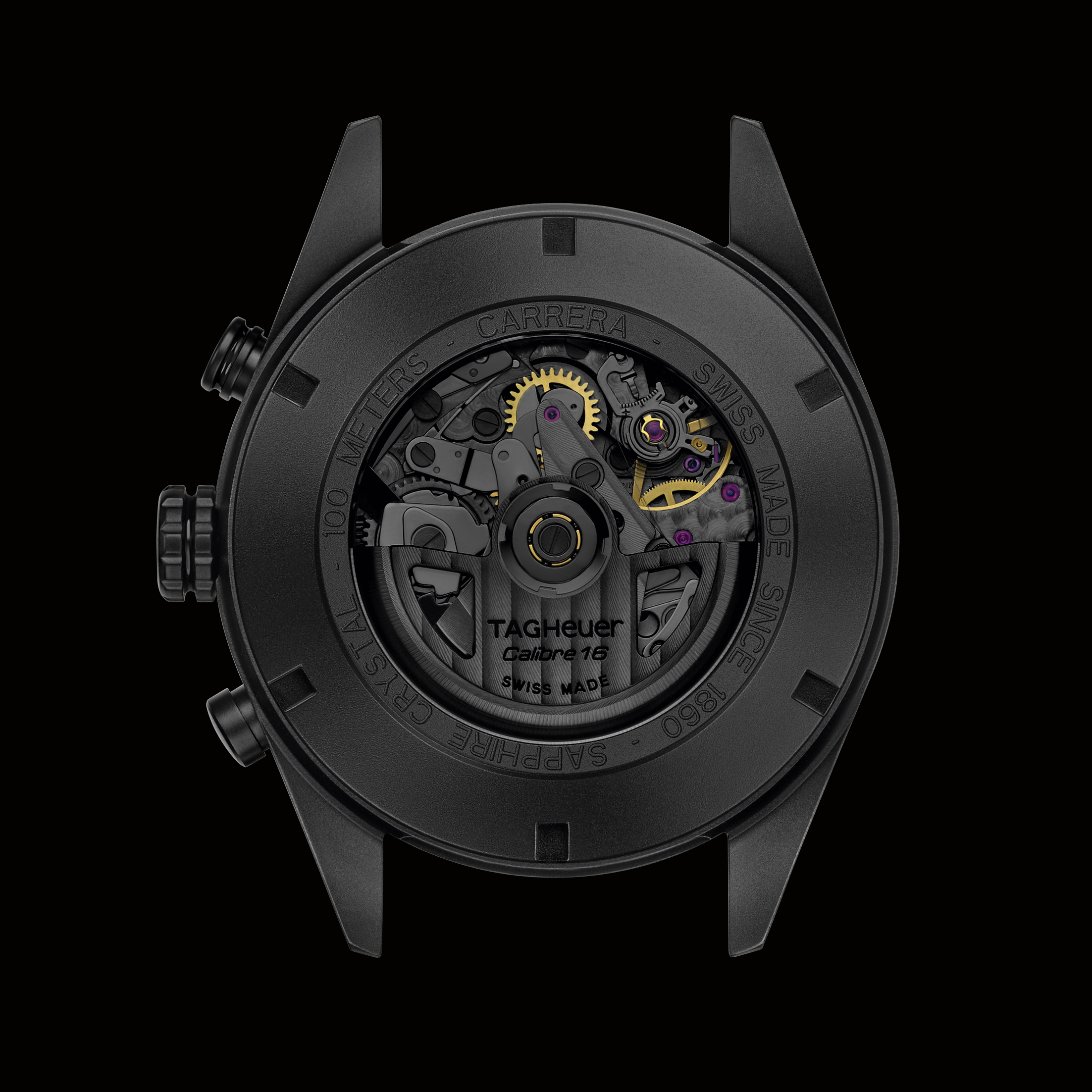 Even though Tag Heuer mentions word “hipster” while referring to the overall style and strap color, no worries – new Carrera would look good with official style or as everyday “beater”. Strap is made from distressed calfskin, but nobody stops you from replacing it with something metal and heavy. Another nice touch – titanium buckle with safety push buttons. Moreover, Carrera is waterproof, so you won’t test leather strap in water, right? 😉

[…] name. Yes, here steel will be combined with aluminium, all this molded into 43mm case. By the way, here you can read preview with new Carrera from the same company. Don’t forget to like our Facebook page, so that you can get fresh articles on […]