Today’s article is dedicated to new Sinn Financial District watches which were presented on recent Baselworld 2019. Name says it all – three watches will be available this year – gold anniversary edition, new version with moon indicator and blue colored edition. Those are still large elegant watches, but it is better to see everything in person. We tried all three on recent show and ready to share our impressions with you. Don’t forget to watch video-review, because there you will see watches “in action”. 🙂
You can read about another interesting watch from Sinn here.
Don’t forget to like our Facebook page, so that you can get fresh articles on time. 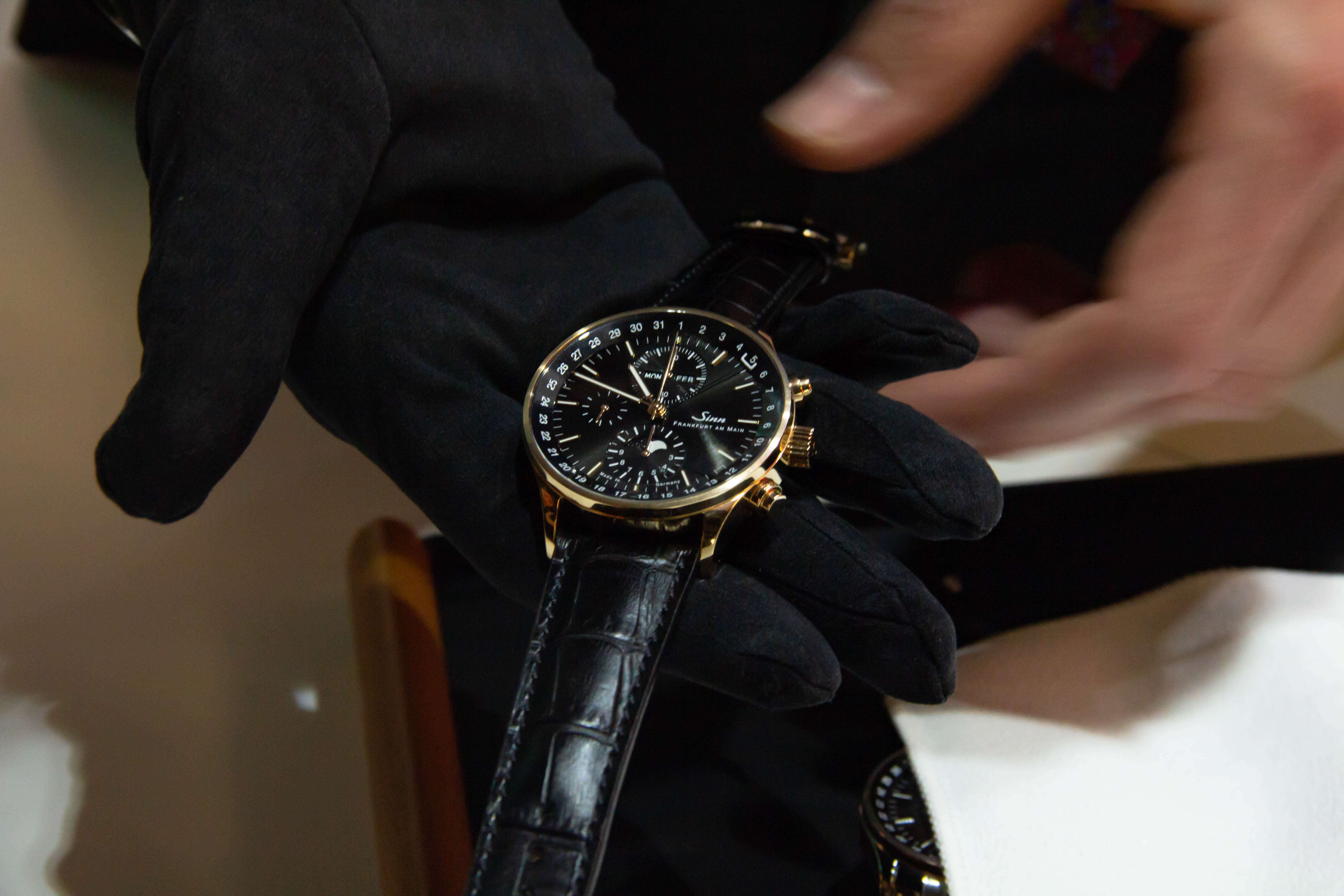 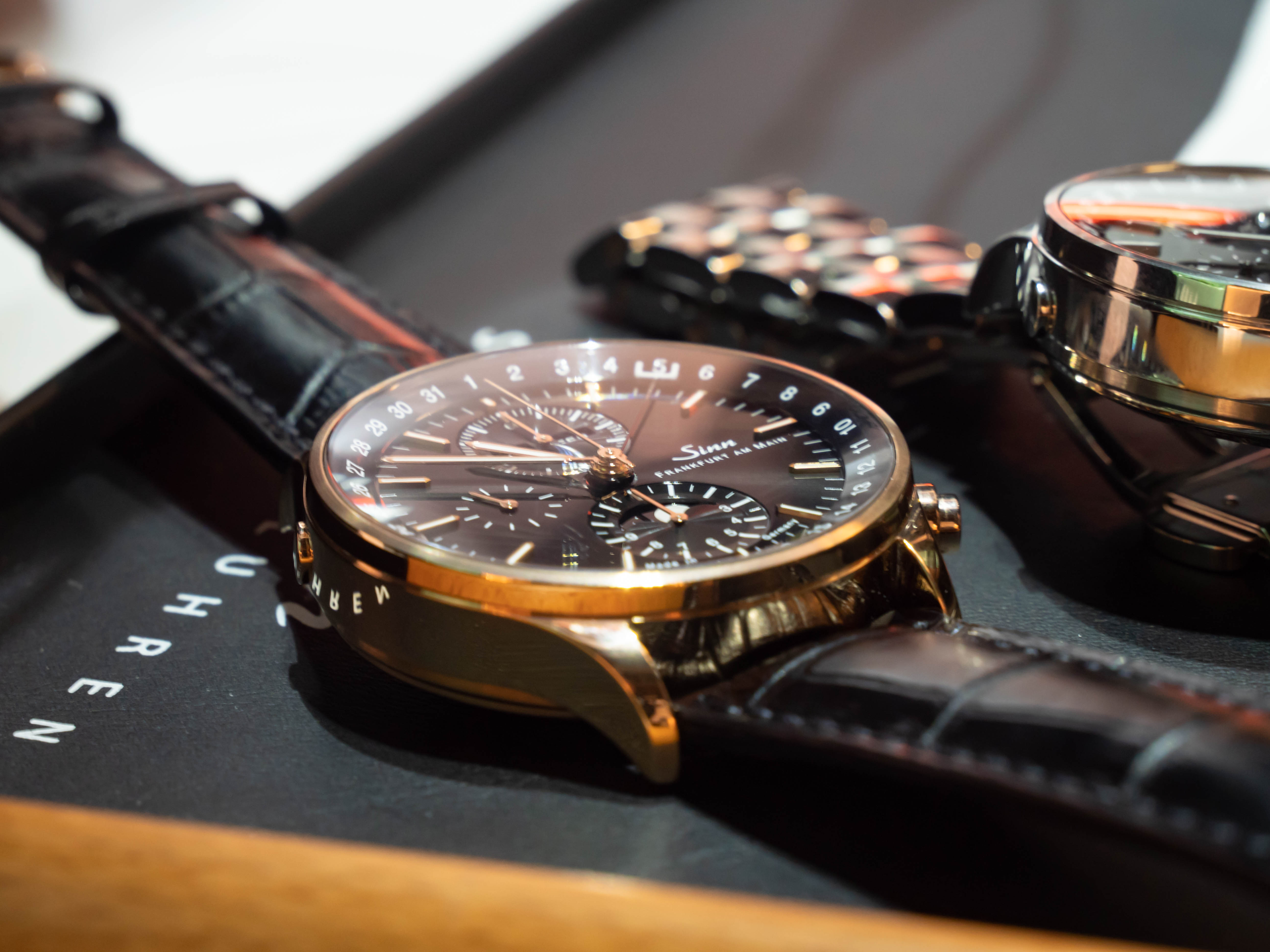 First Sinn Financial District watch comes in combination of black and gold. German watchmaker choose such version to celebrate 20th anniversary of Financial series. Sinn used real 18-carat rose gold here. In reality new model looks impressive not only because of classic colors, but also due to large size. Just like this wasn’t enough, fresh release will be limited to 50 pieces only. I can bet that all watches will be sold out before summer. In case you want one – hurry and order it asap. Here we also get moonphase display. Mother of pearl on this indicator can be considered as nice neat touch which adds visual interest to overall composition. Anniversary Edition should come in special black box with additional strap and magnifying glass. I guess the latter will be useful to appreciate the beauty of small features on the new watch. 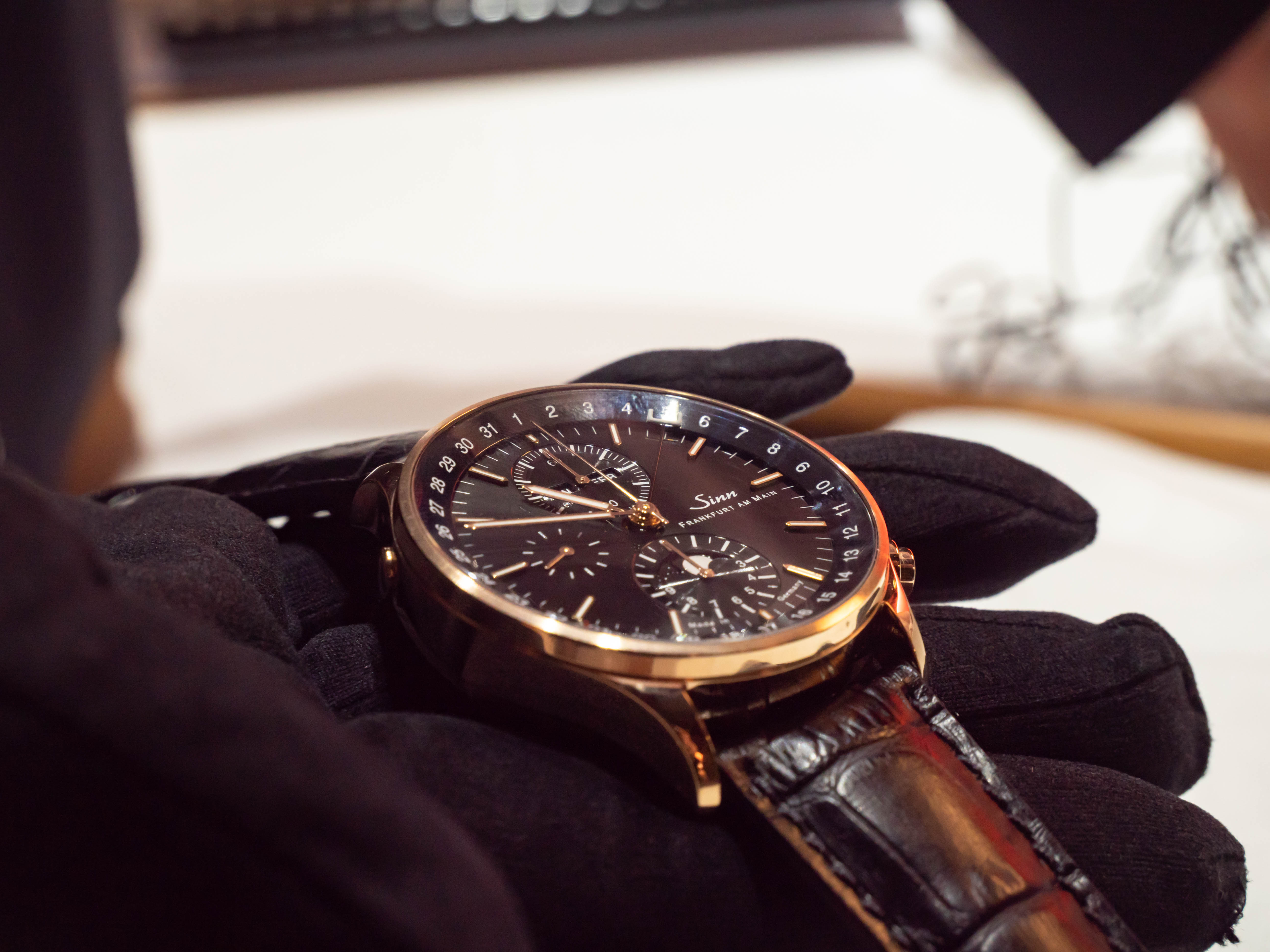 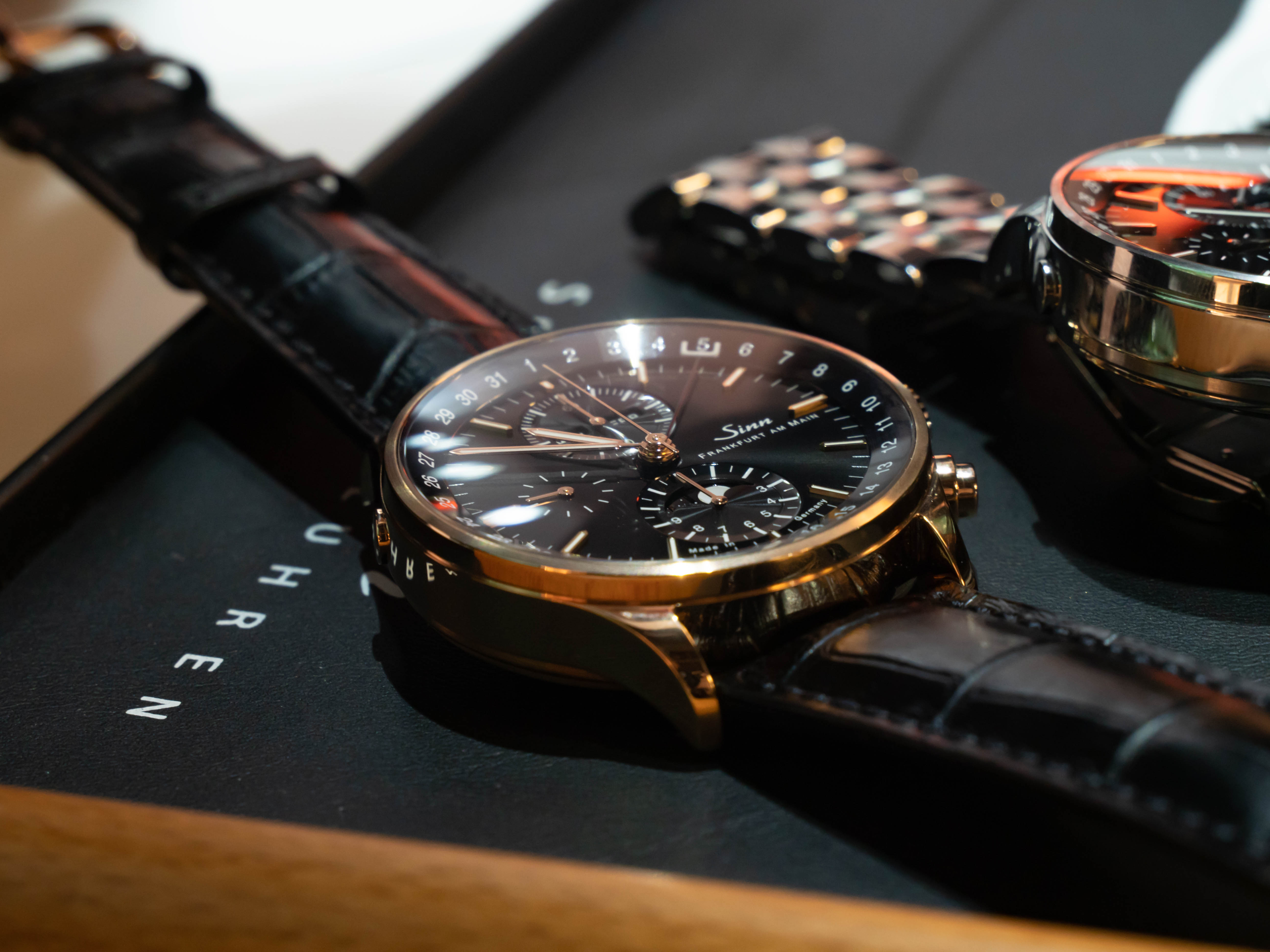 In case you somehow miss the anniversary watch or it is a bit expensive for you, there is another Sinn Financial District model. This one comes with moon indicator too. 6012 model is the first one to feature SZ06 movement, even though previous has it inside too. What fresh calibre offers? Look at the dial – see that moonphase indicator? Yes, it comes combined with seconds dial. Mother of pearl is also here, so basically you get the same package without golden case. Full dial calendar is also here. In my opinion this watch combined with metal bracelet is an absolute killer. Look at the photos and try to argue with this. 😉 By the way, it is not a limited edition and we get two strap types in one box. 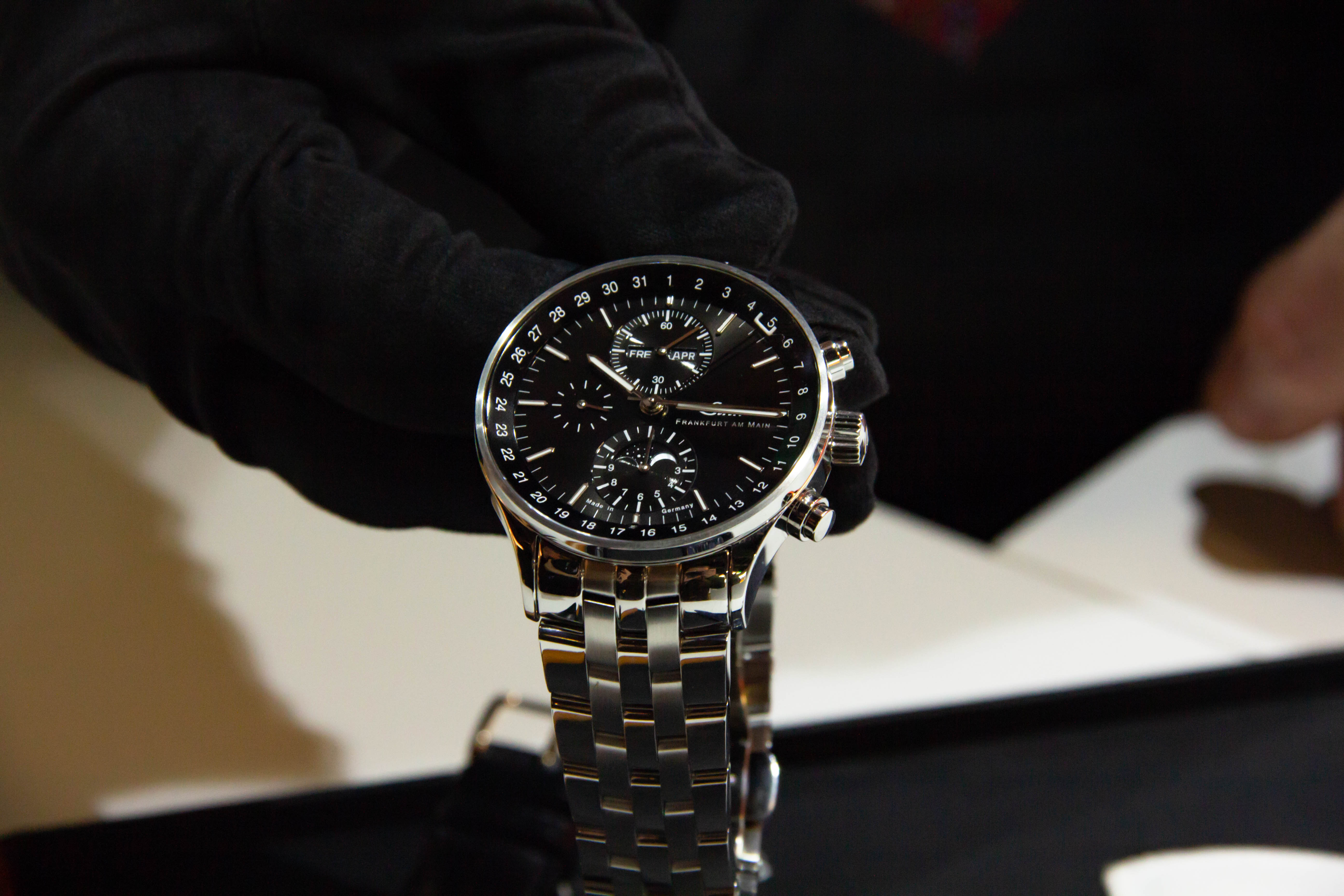 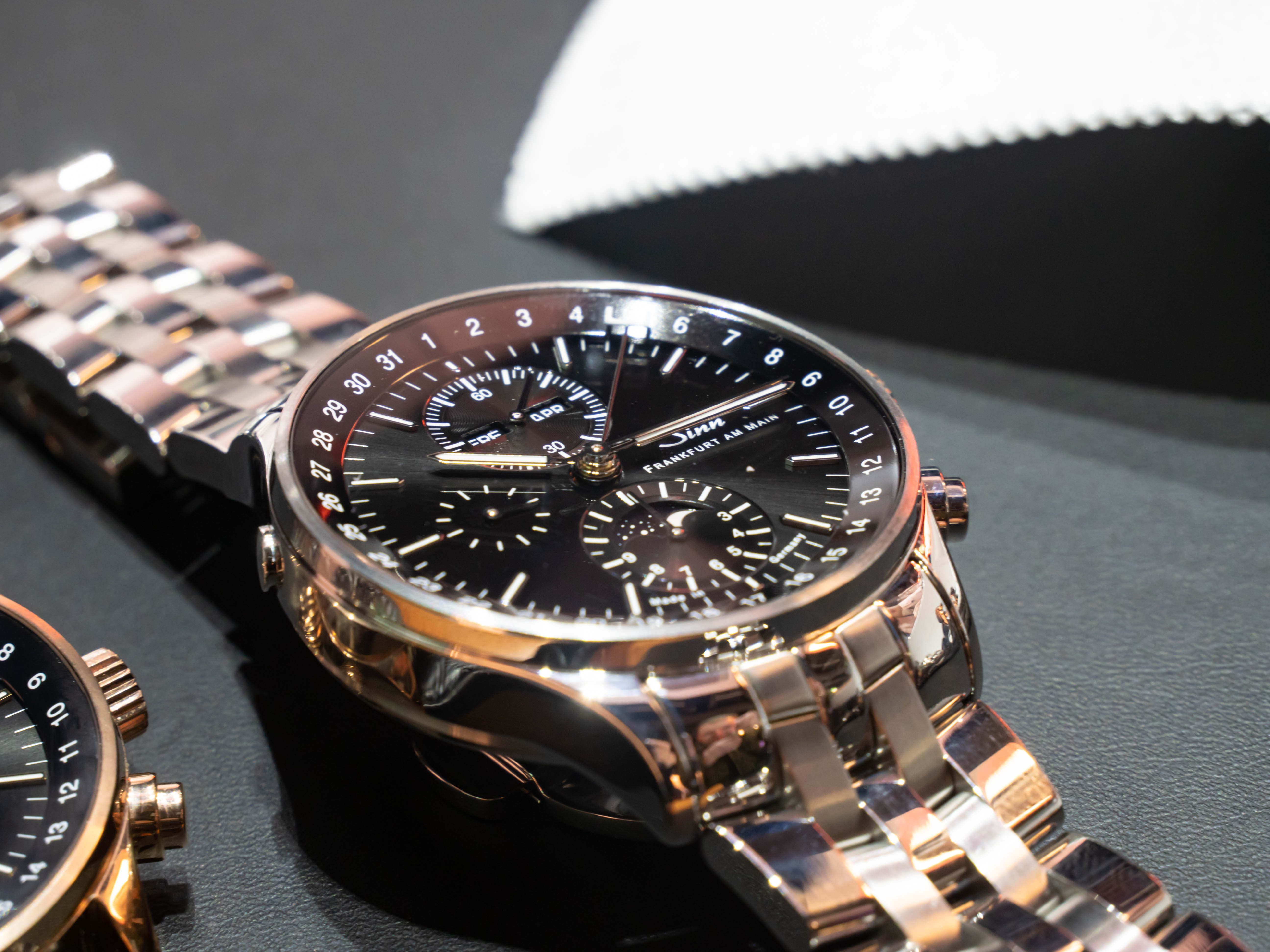 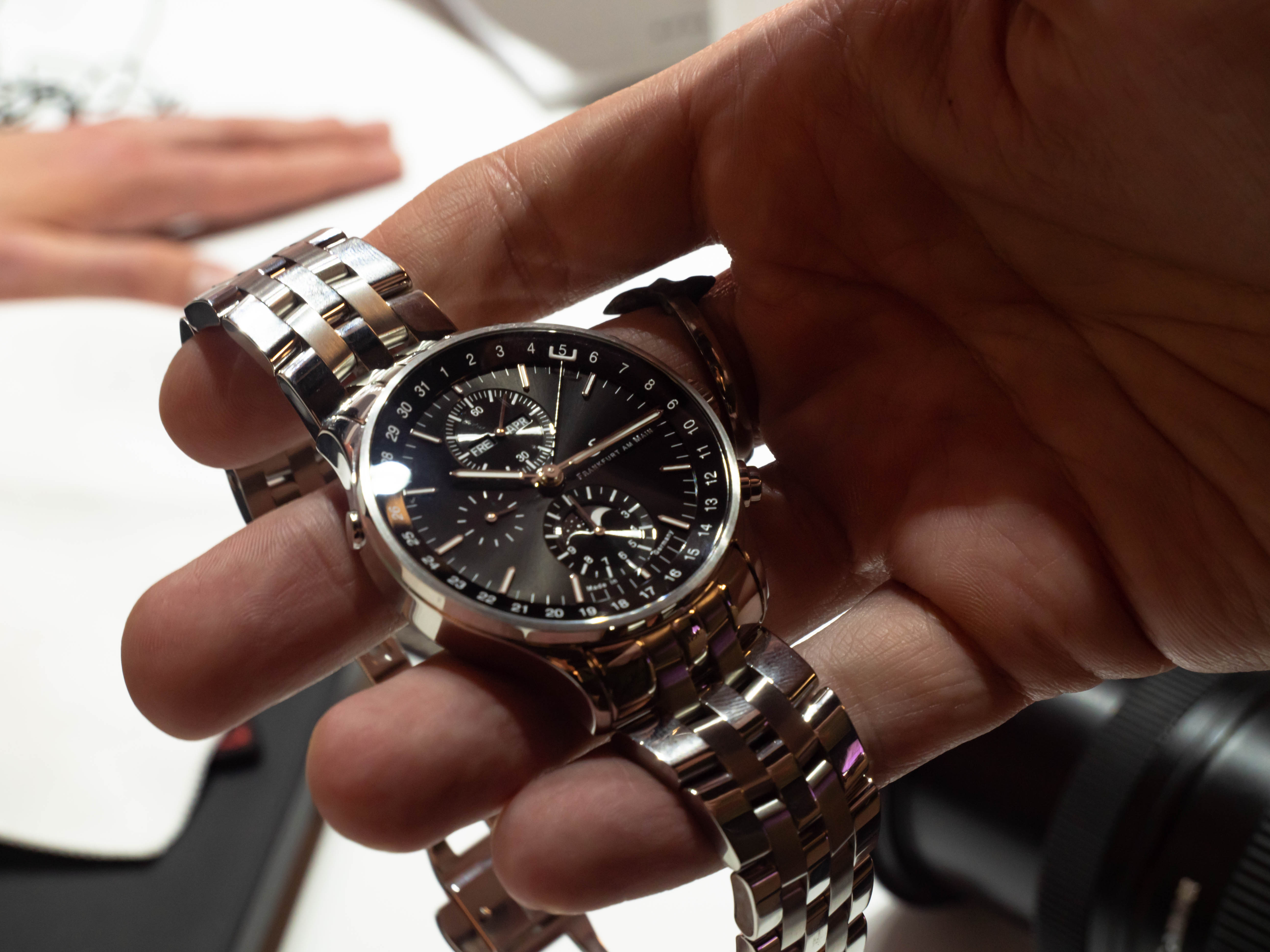 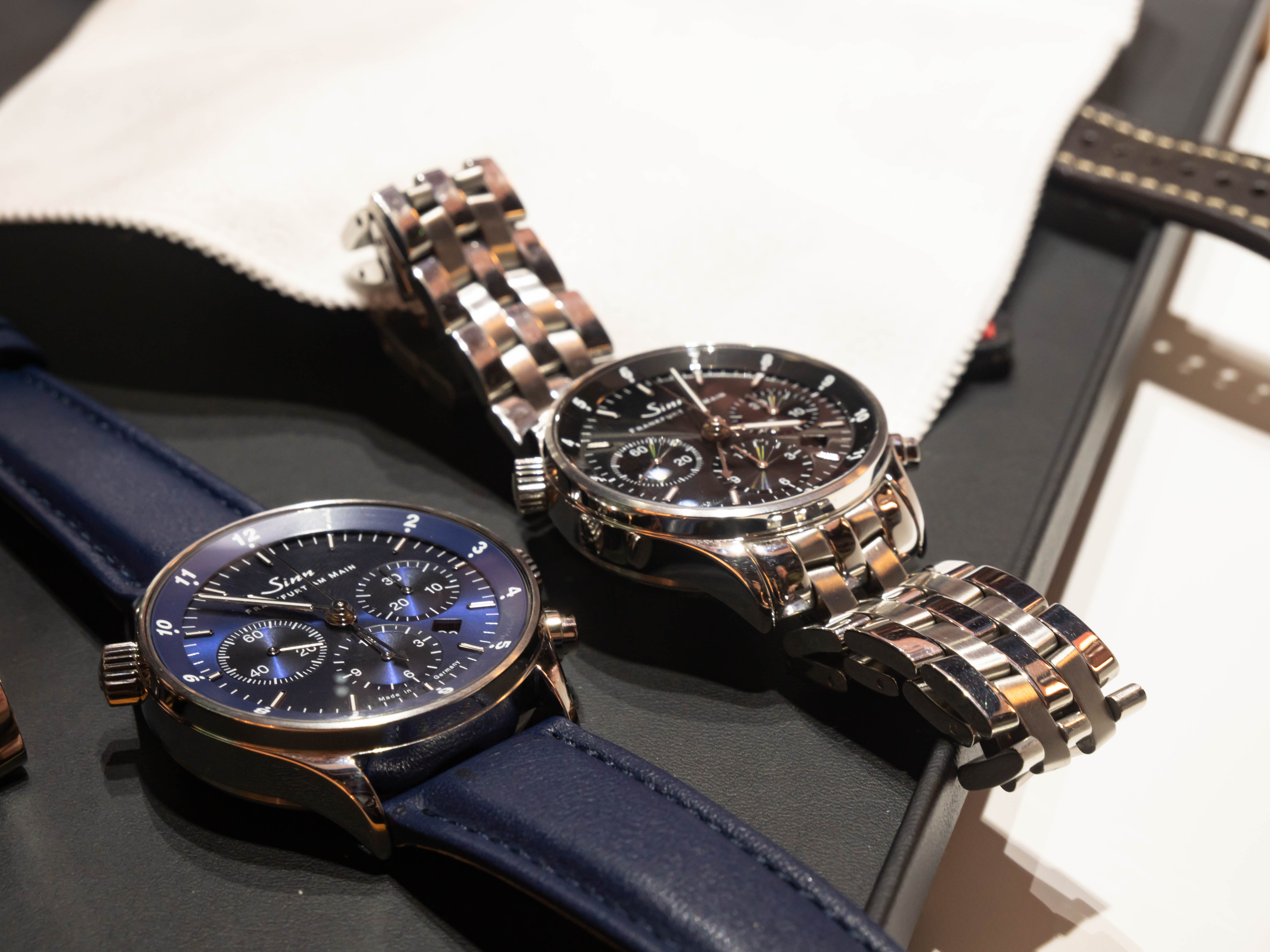 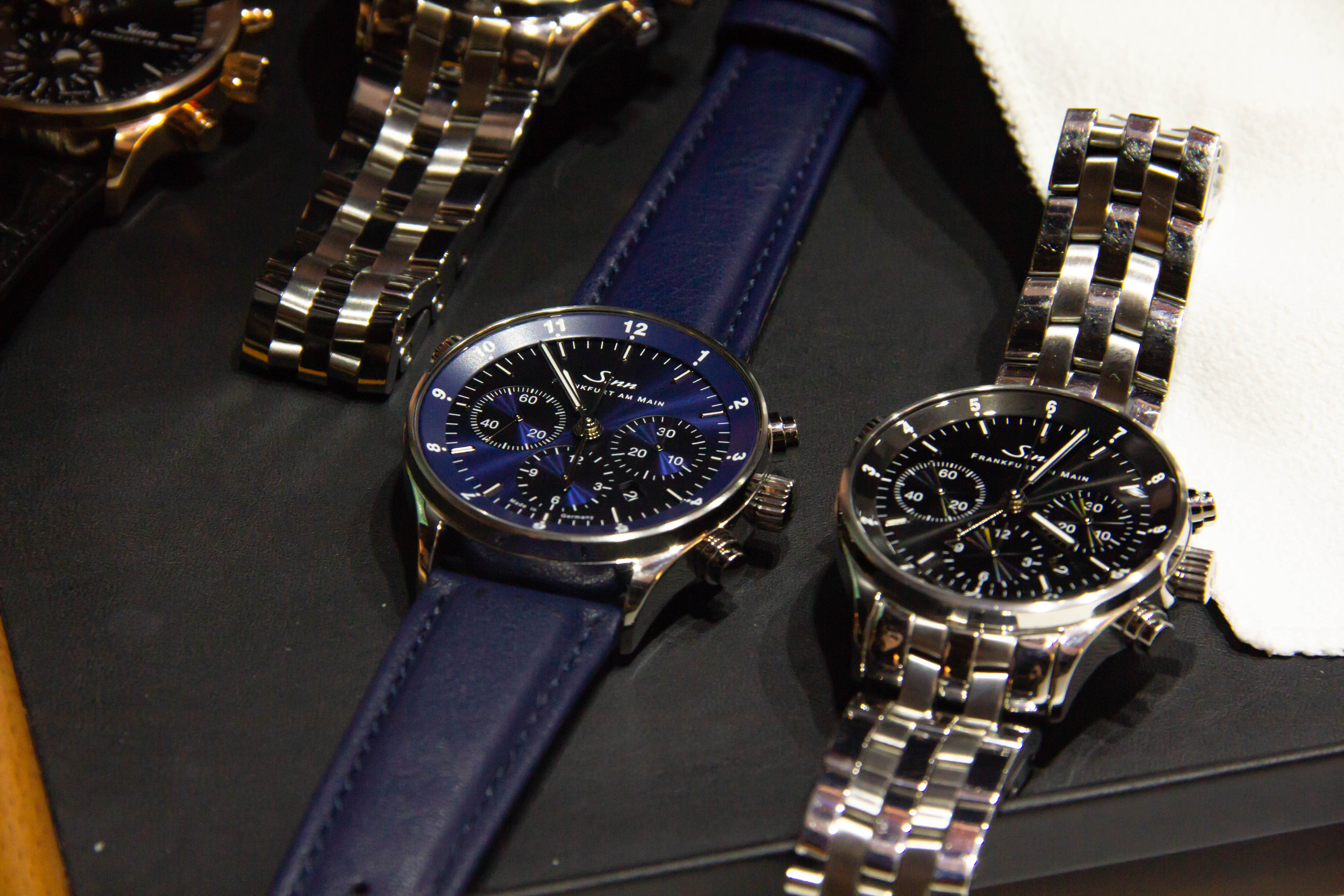 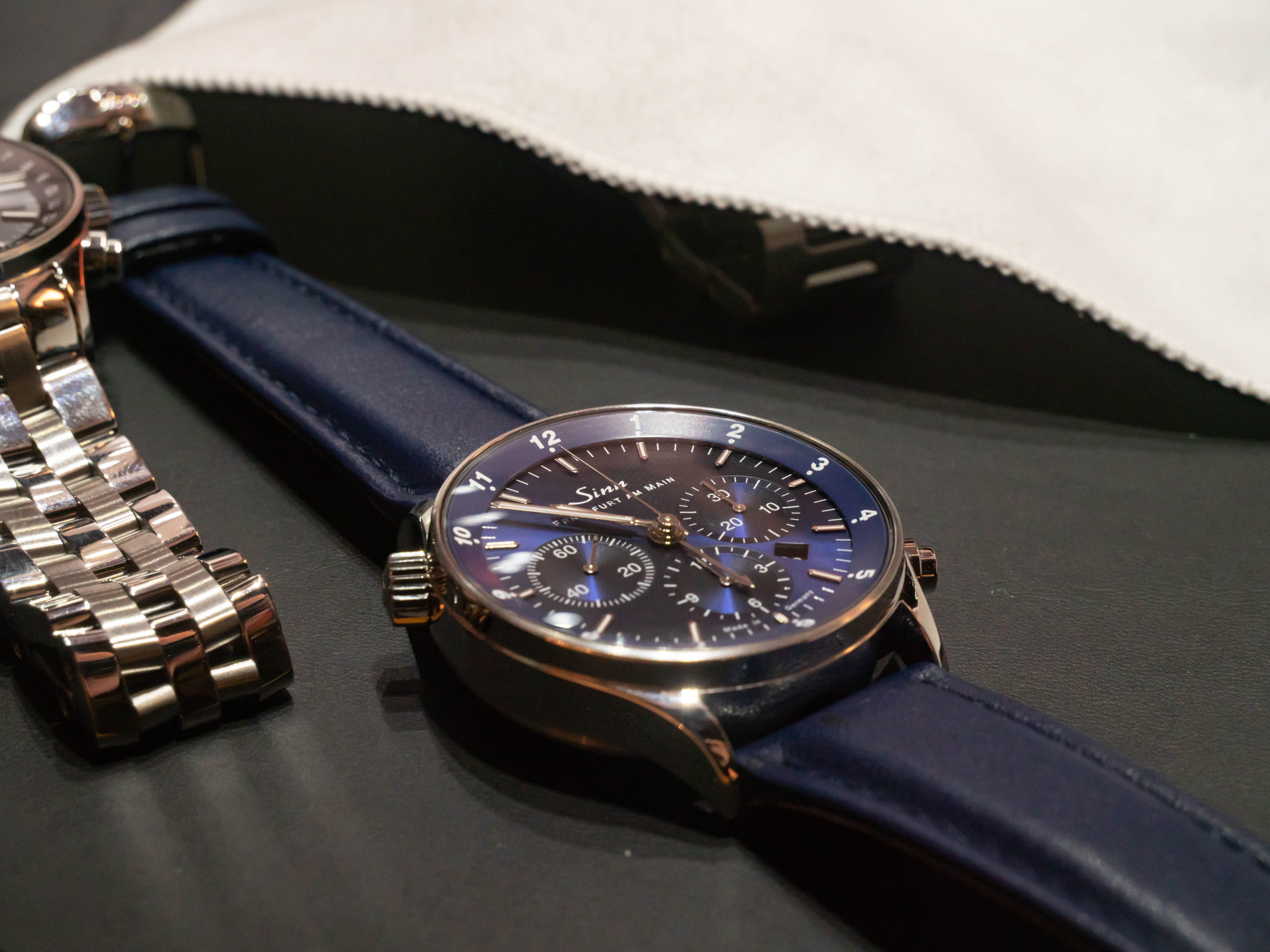 If all those features just don’t catch your attention, take a look at this watch. Instead of classic black here we get deep blue color. It comes not only on dial, but also on the nice leather strap. Small thing to keep in mind is that blue watch comes as limited edition. Yes, this is not common offering and there will be only 600 pieces produced. I think it will be available for longer time due to such amount. Note that packaging features two strap types and both would look nice with new watch. 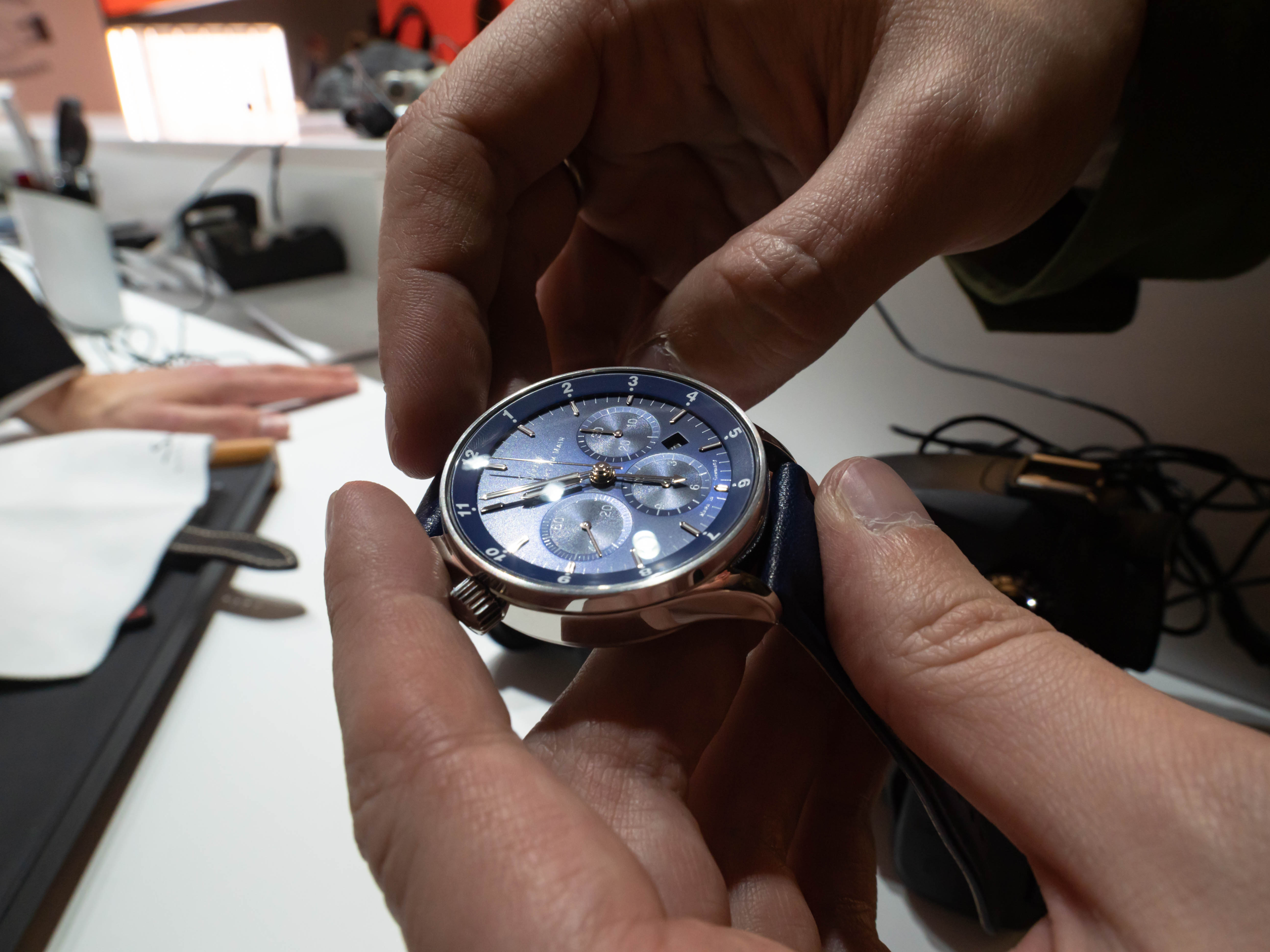 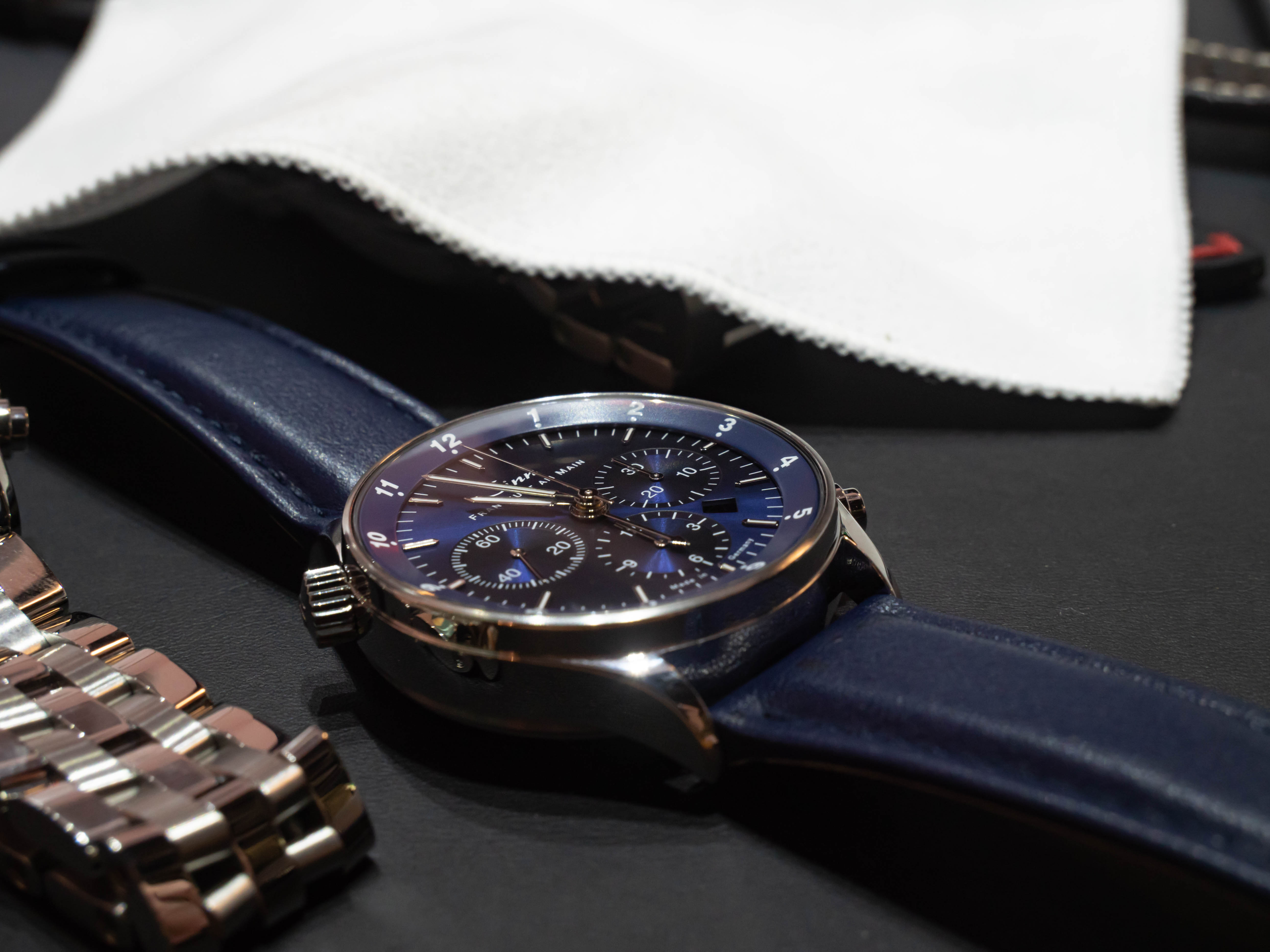 New models should be already available for order. You know the production amounts for all three, so act accordingly. In my opinion 6012 might be a perfect choice for those who would like to have moon indicator on their wrist. You won’t be pushed by limited production numbers. Should I say that all three look impressive on wrist? The only thing to keep in mind is size. Even though case size is 41.5 mm, Sinn Financial District models should work with large wrist. I recommend guys with thin wrists to try it first before actually ordering one of the three models. 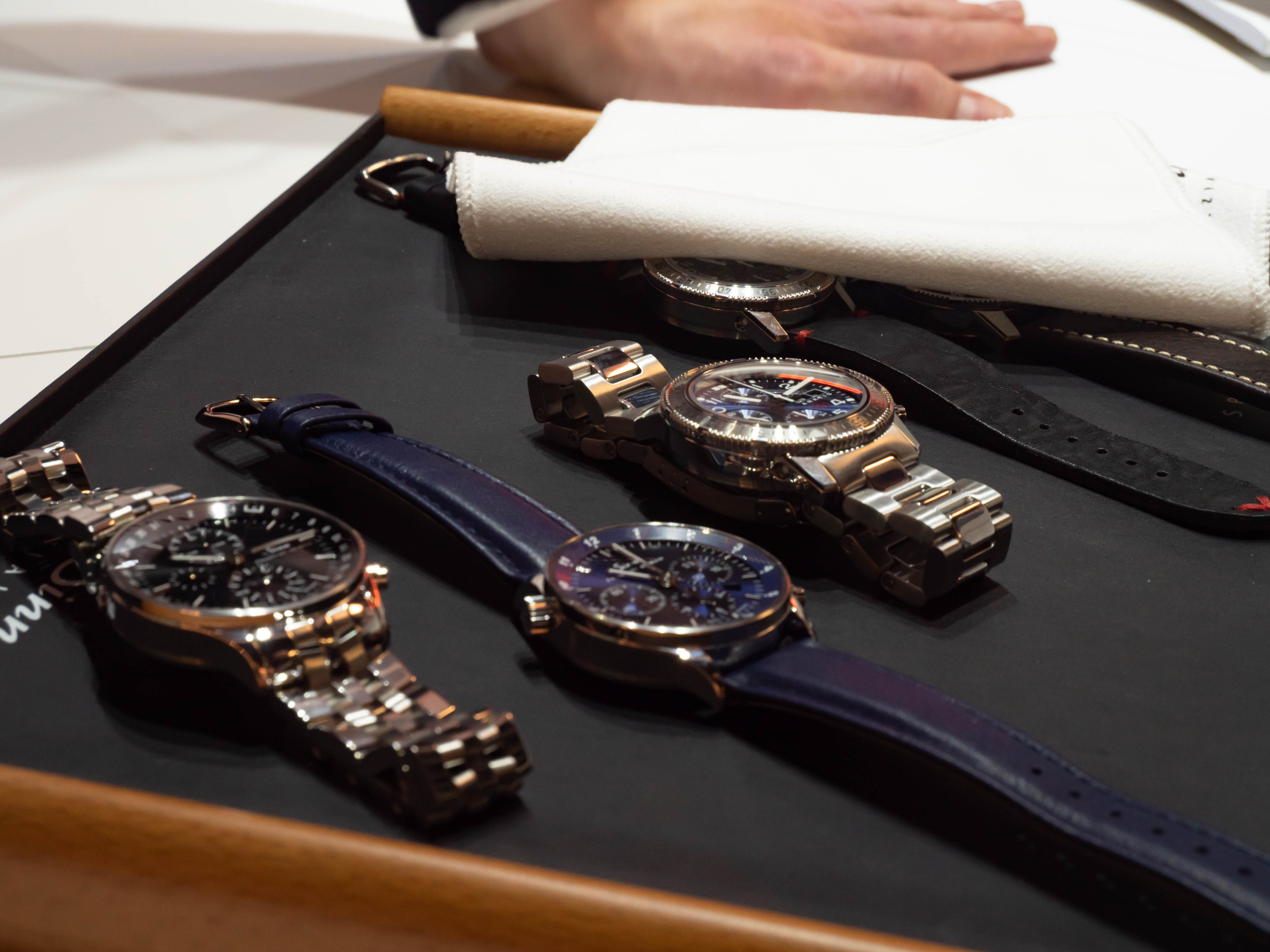 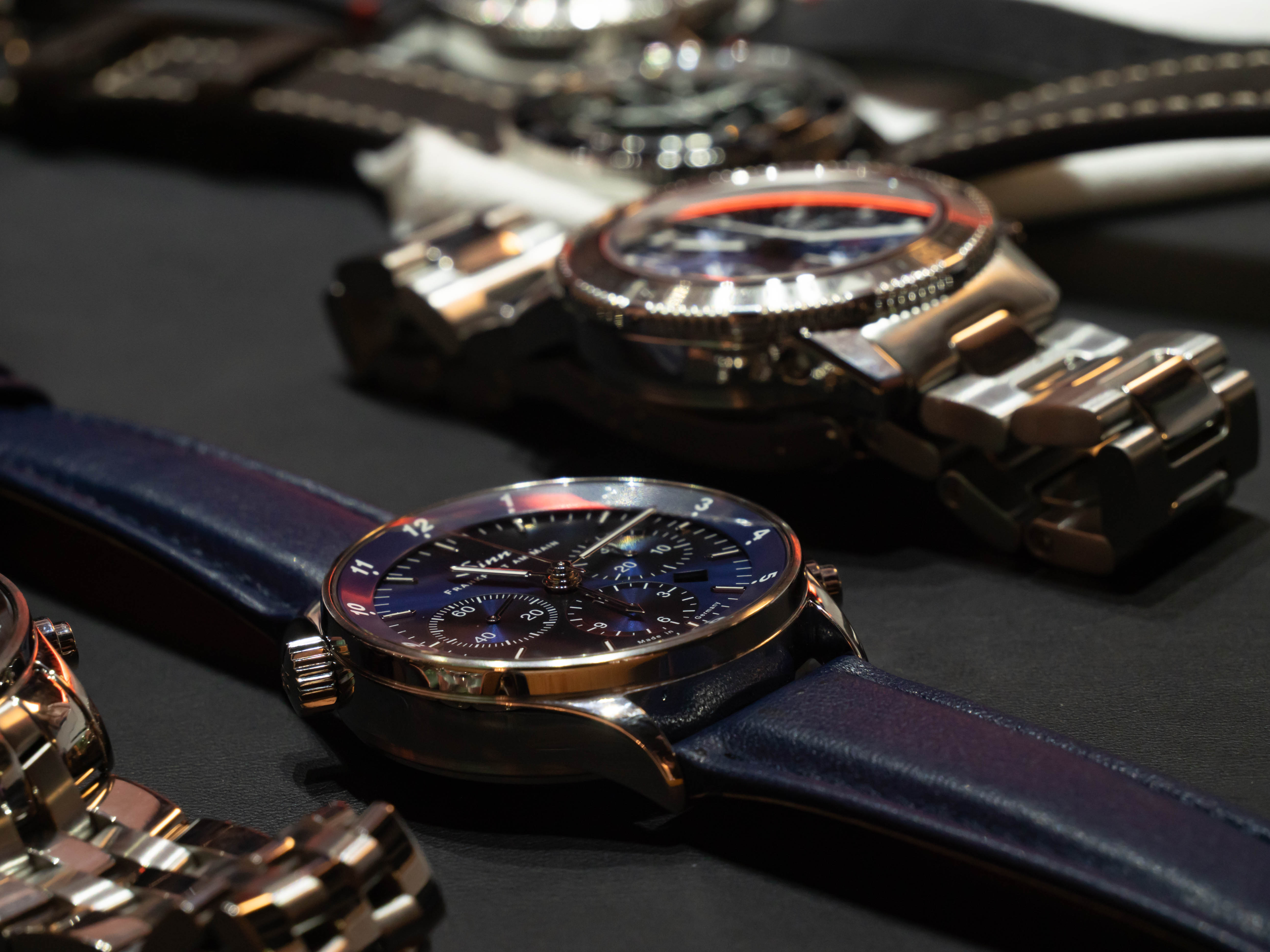