Here we have second report from Baselworld. This time it will be dedicated to another chrono watch – Sinn 910 SRS. As I wrote in the previous article, German watchmaker decided to focus attention only on four new models, but each of them deserve separate word. Today’s version looks absolutely stunning and not limited in amount! Let’s take a closer look at what is different in this year’s interpretation.
By the way, here you can read review with beautiful blue chrono from Sinn.
Don’t forget to like our Facebook page, so that you can get fresh articles on time. 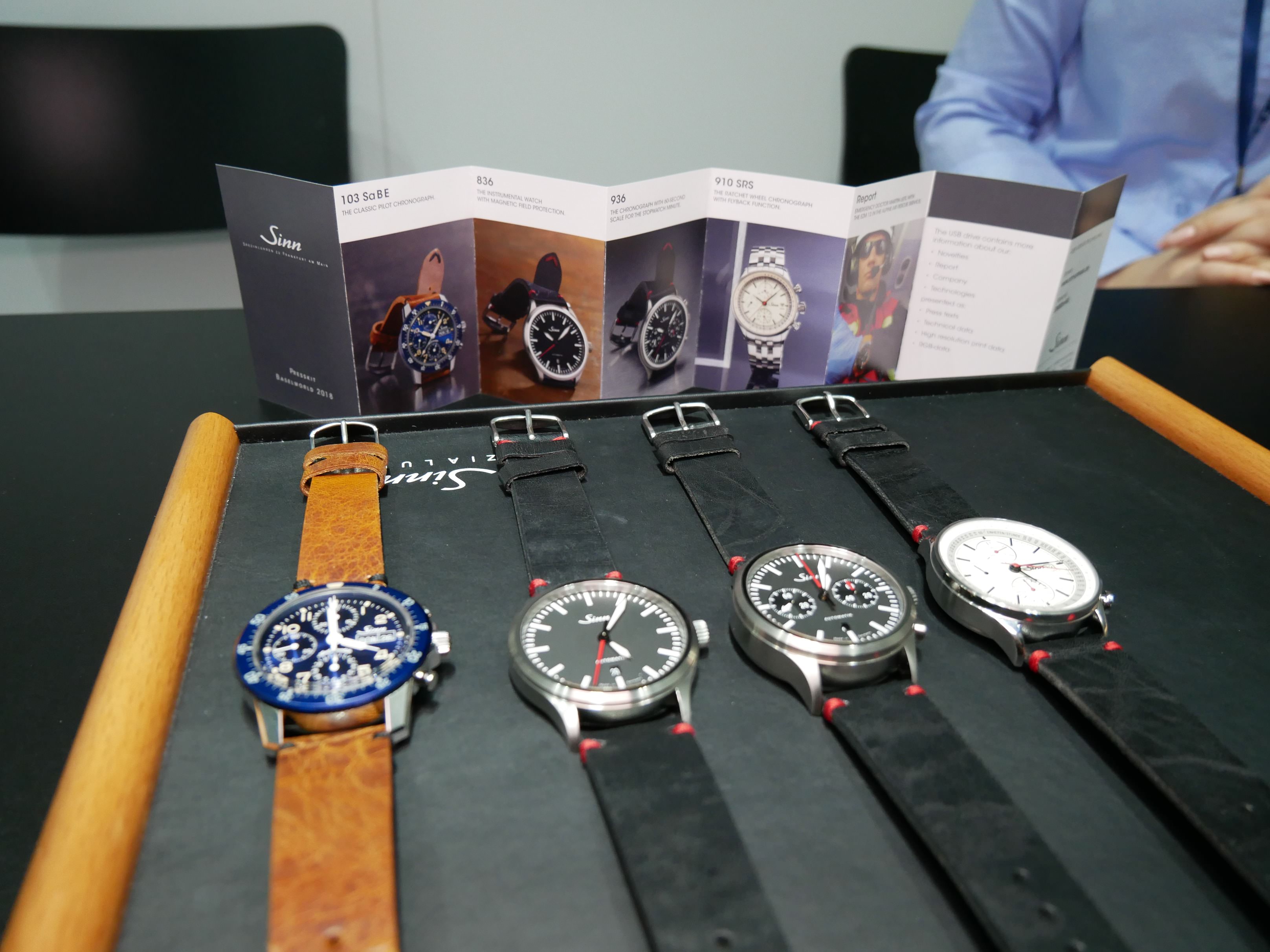 Yes, new model is also chronograph. I guess there is no need to say that it features basic layout out of three dials (even though some previous models had two) and two pushers with crown between them. Sinn 910 SRS still manages to catch your attention with its design. While 103 Sa B E model shines with blue color, this one offers calm and balanced look. In my opinion it reminds of old pocket sport chronos, and I wouldn’t be surprised to find out that creators were actually inspired by those. Dial color is closer to cream shade, what adds vintage feeling. Moreover, there are not that many colors used for indexes too. Combine those two factors together, and you will get calm-looking yet impressive timepiece. 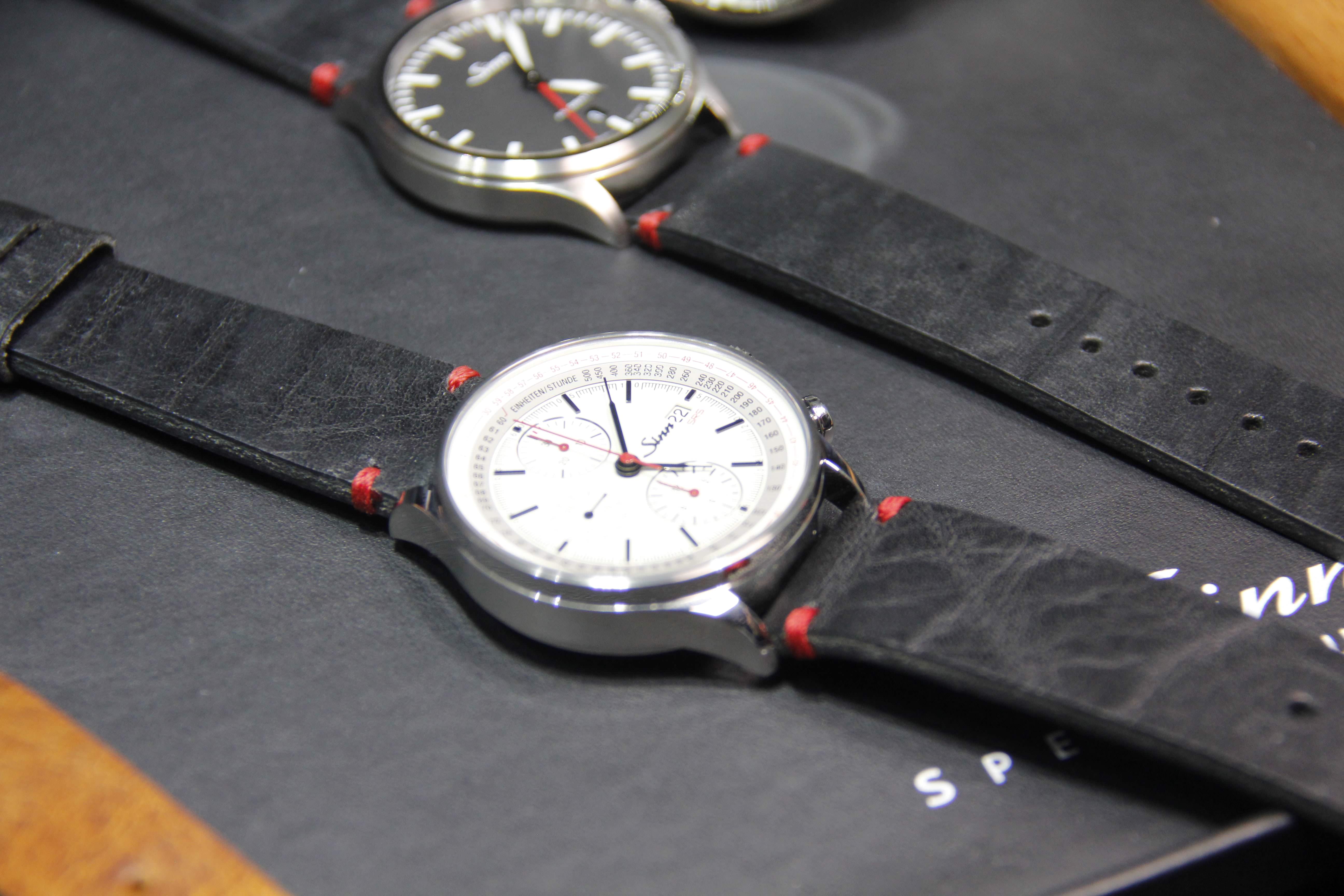 Nevertheless, the main beauty is hidden inside (and can be seen through transparent rear cover). This is a new movement with flyback function, which is based on Valjoux 7750 Flyback. Watch fans already know what “Flyback” means, but I think it’s worth explaining it once again. 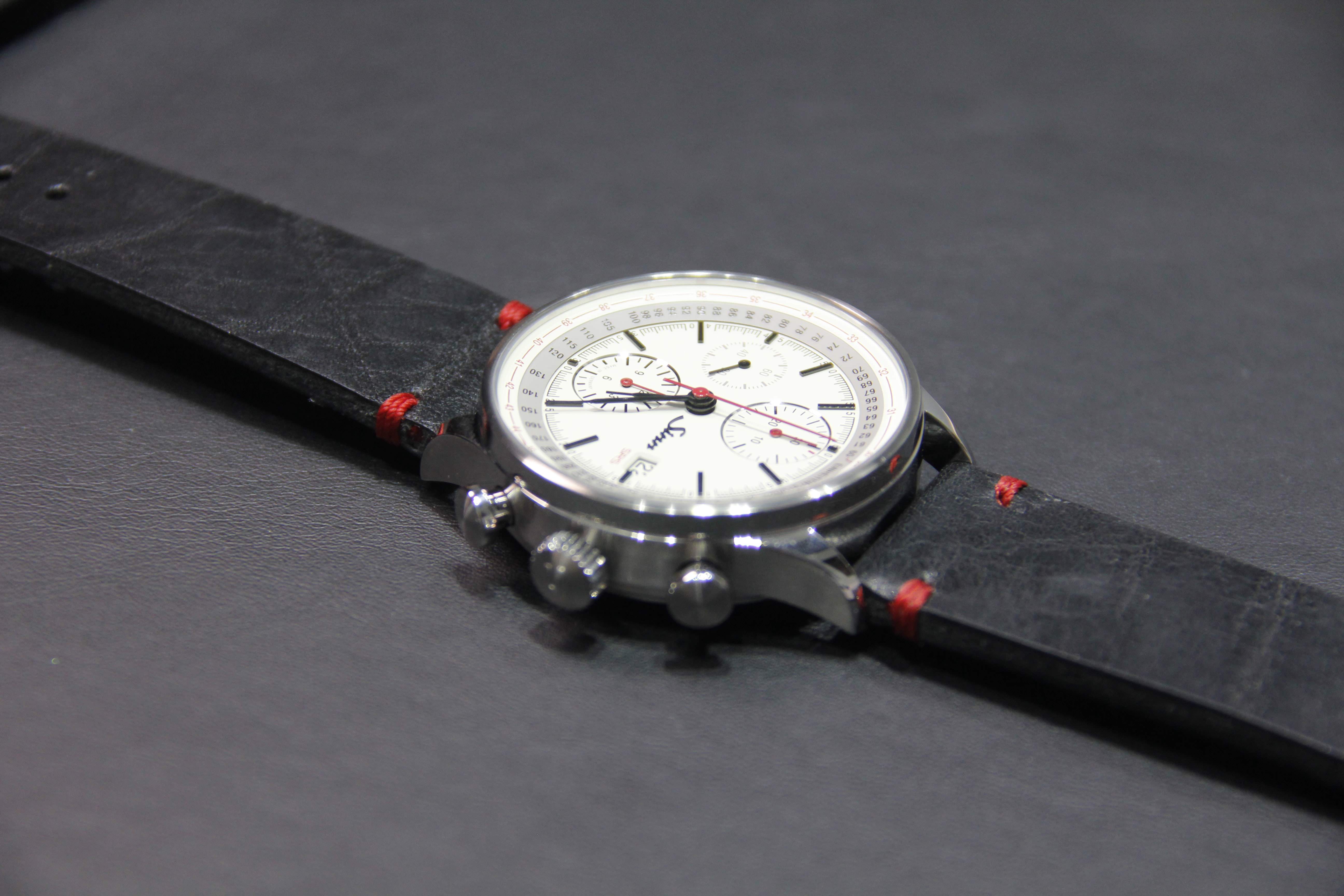 To say it simple, this function adds possibility to restart seconds counting by pressing one button – “on the fly”. You won’t need to stop chrono and then press start, instead you just “reset” it without losing precious time. Obviously this complication is quite difficult to assemble, so watch aficionados will appreciate such addition. The only question here is what complication we will see in the next version? 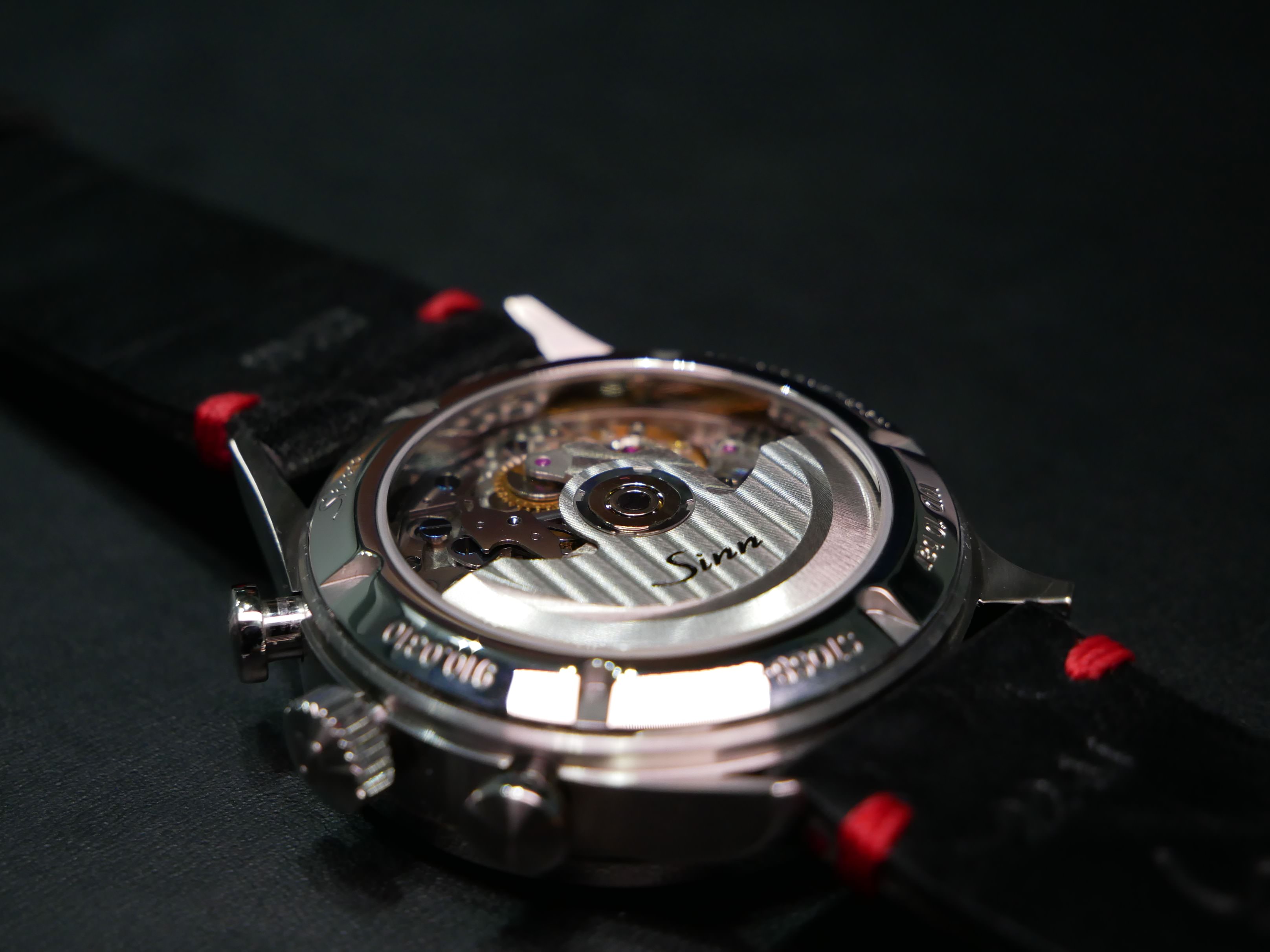 I have to admit that Sinn 910 SRS looks impressive. Calm, balanced design does its thing and should be suitable with any outfit. Moreover, 41,5 mm case feels good on hand, and can be considered as a nice deviation from the current “gigantism” trend. Pushers work with distinct click, and you need to apply small force for this. Such design should prevent accidental switches. Note that crown placed with small gap from the case side, what should add to manipulation ease. 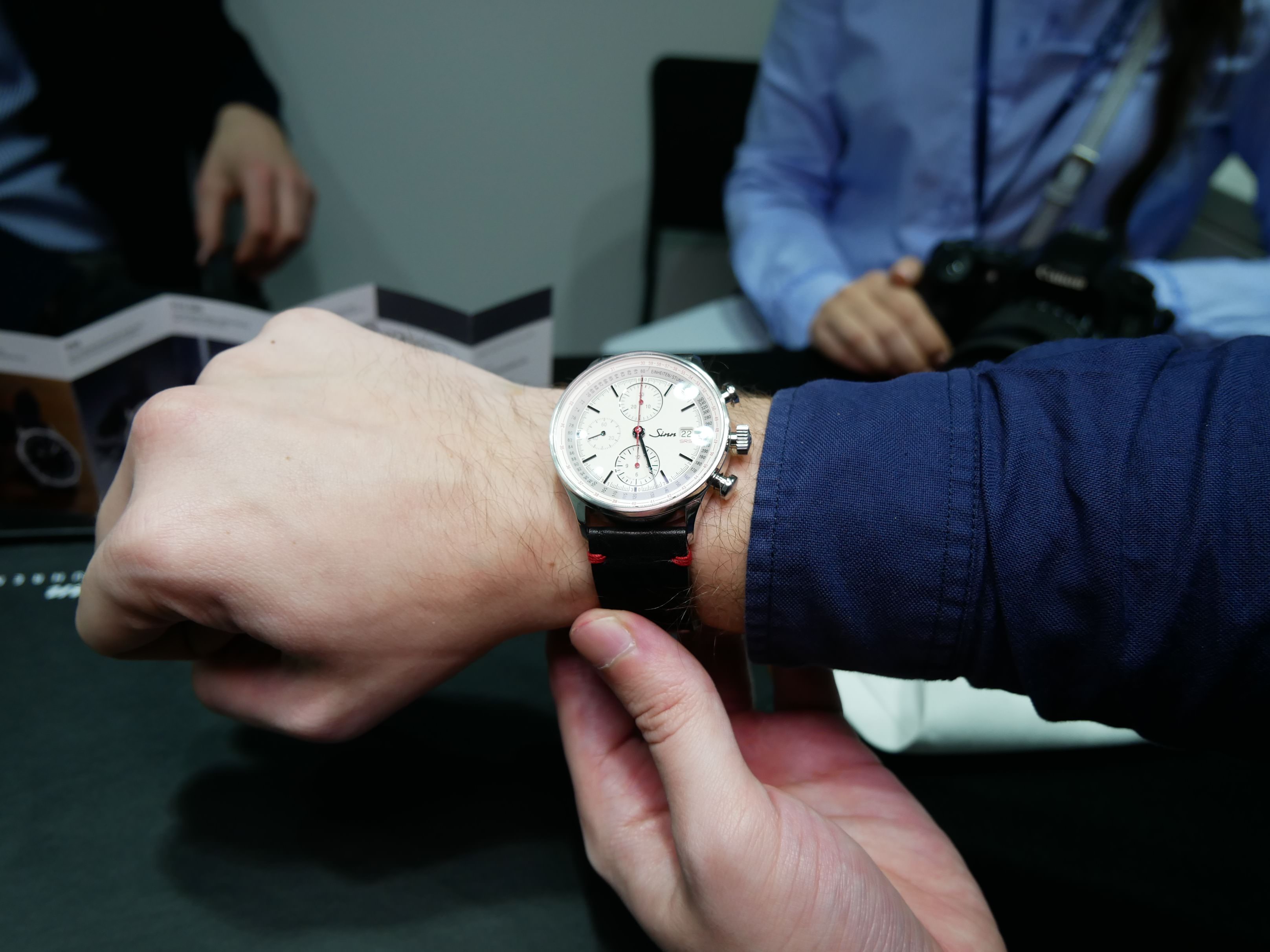 Of course, you can choose out of several strap versions for this watch. Metal looks complete, but some might prefer black leather instead. Padded brown leather strap is not “gusta” for me… By the way, I was surprised by the weight of metal bracelet combo, and have to say that it is actually case that weighs a lot. It feels like proper mens watch on your wrist, so be ready to have some weight on one of your hands. 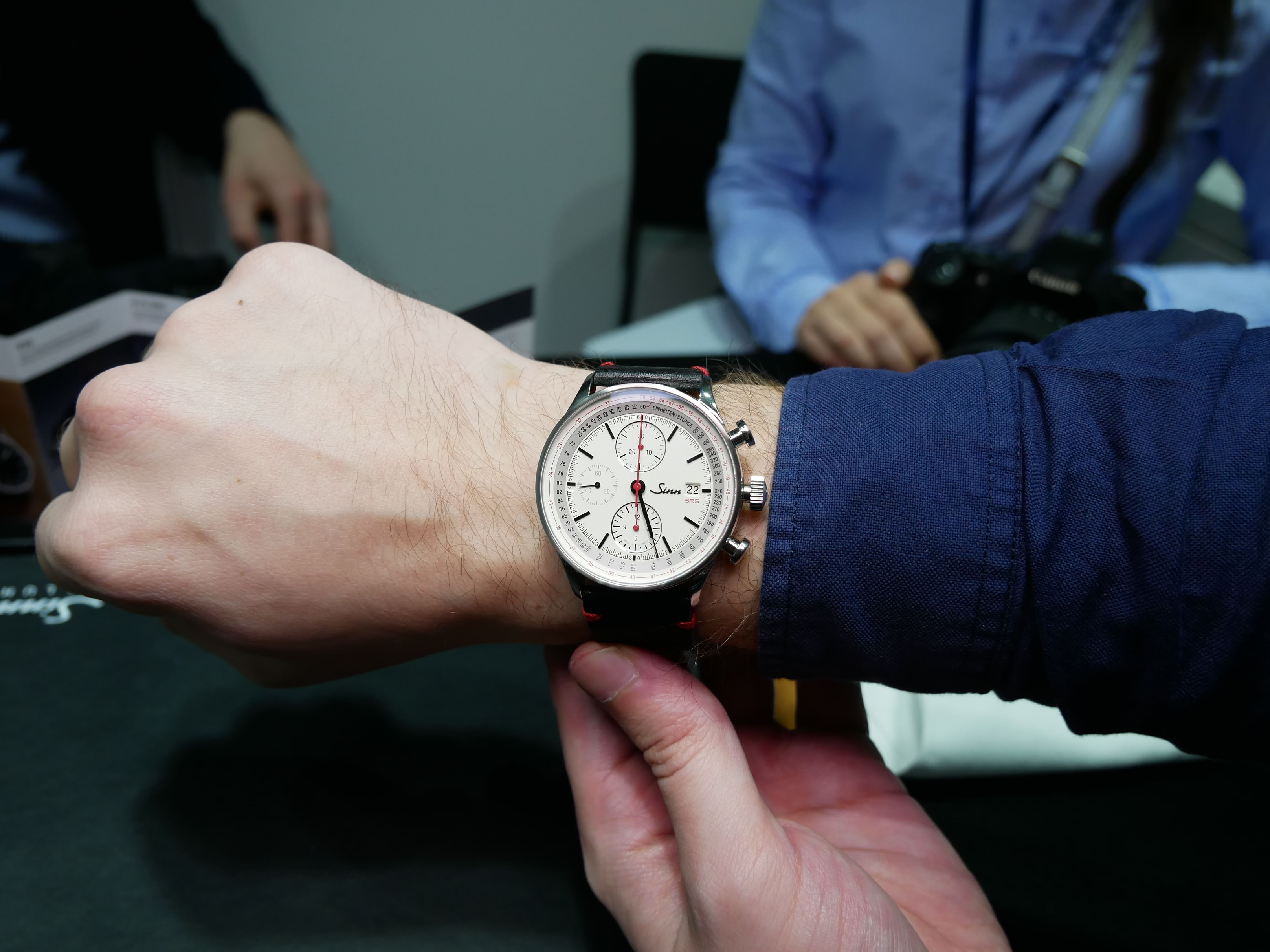 Surprisingly, new watch doesn’t come as limited edition. Instead it will be freely available for purchase, and you can get it this month. I have to admit that redesign added “class” to Sinn 910 SRS and Flyback function would be interesting toy (or useful function!) for future owner. As for the price tag, you can expect it around 3700 EUR. 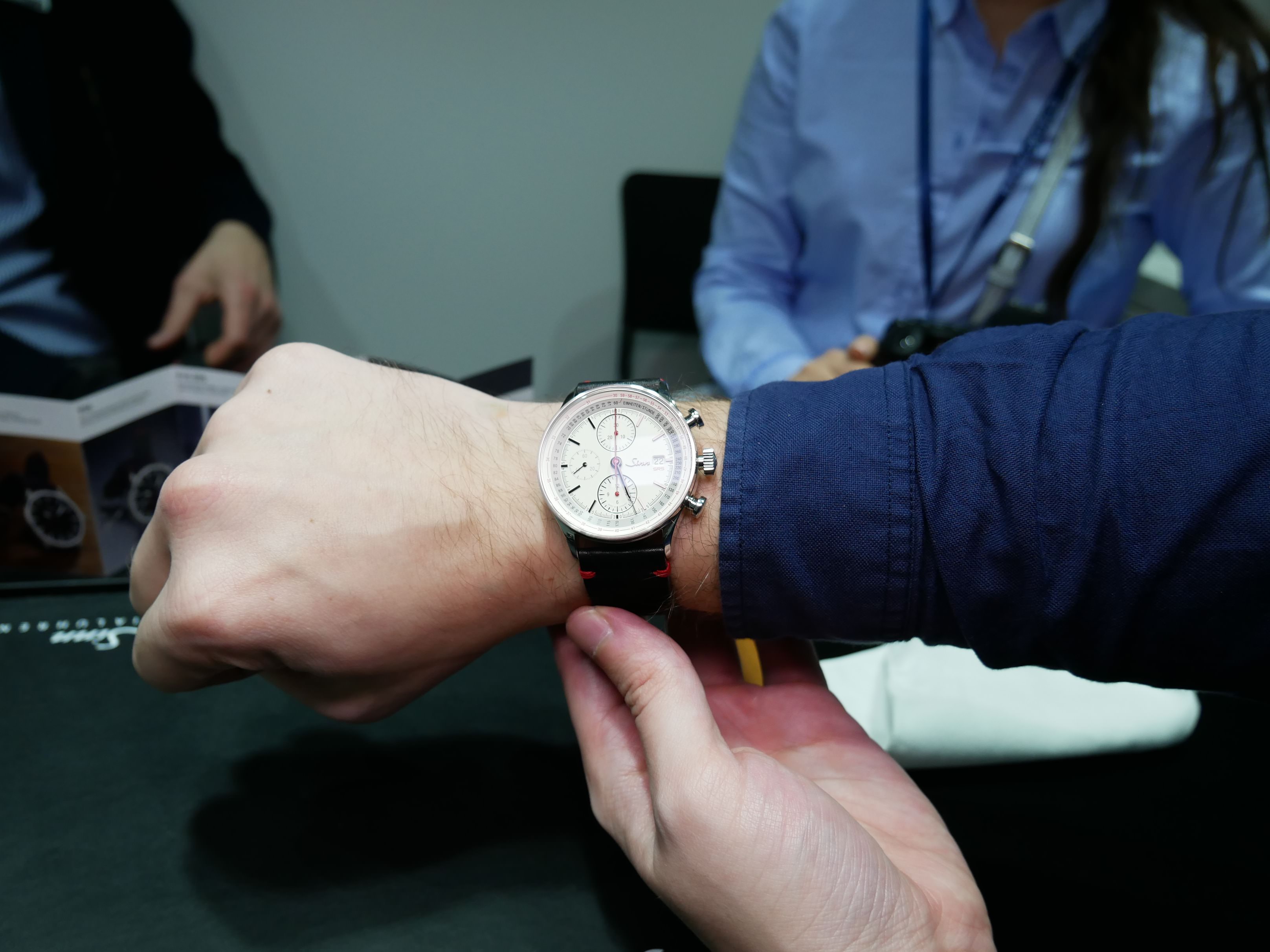 […] 2018 novelties and even though it is limited, we had a chance to play with it. By the way, here you can read review of another new Chronograph. Don’t forget to like our Facebook page, so that you can get fresh articles on […]

[…] publisher. Let’s open it and check closer what information is on those nice pages. You can read about another interesting watch here. Don’t forget to like our Facebook page, so that you can get fresh articles on […]