Previous Next
Today’s article is dedicated to the new Campus series from Nomos. German manufacturer decided to launch those new watches, which should come handy for those who would like to celebrate important event in their life: graduation or new career.
By the way, here you can read another report from Baselworld 2017.
Don’t forget to like our Facebook page, so that you can get fresh articles on time. 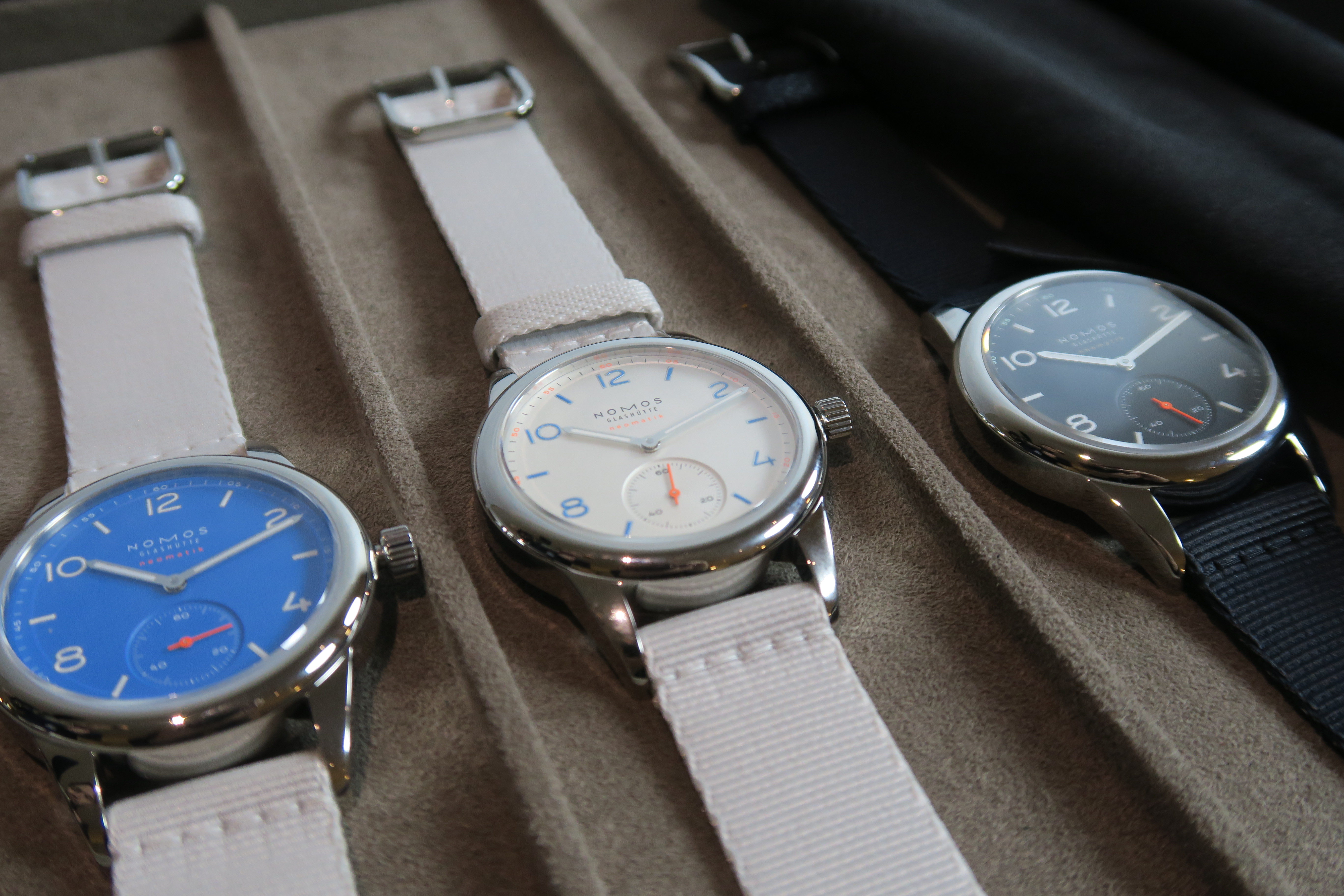 First of all I have to apologize for delay and being late on the meeting with Nomos. Due to navigation problems and strange parking placement, we were able to play with novelties just for 20minutes instead of planned hour. Nevertheless, even this time was enough to check all novelties and try them on wrist. As you can guess, we start with report about Campus series, which will consists out of three types. 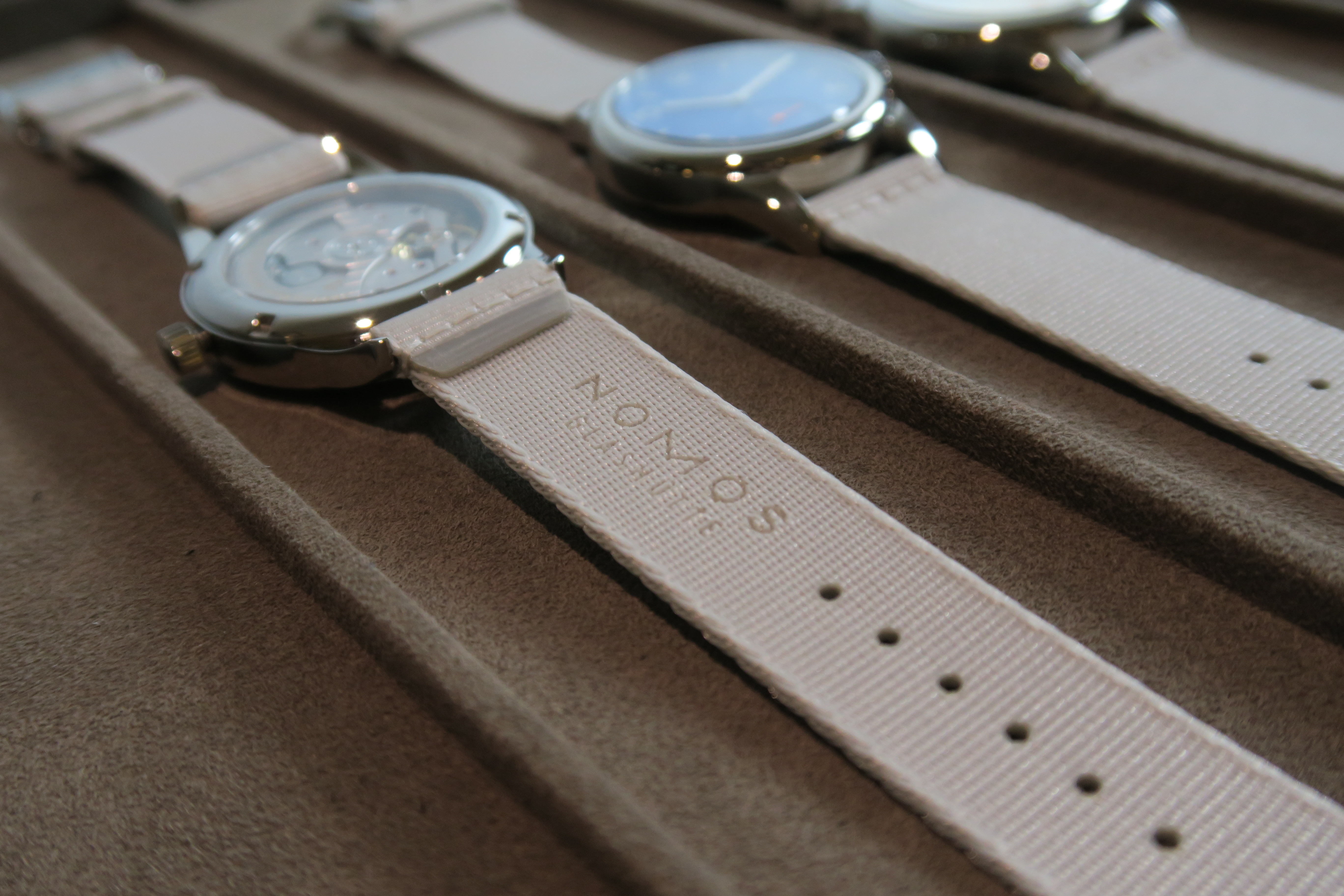 Yes, there will be two different sizes and two different dial colors. While 36 mm model is marketed as women’s choice, I would say it can be considered as unisex, because not all men have thick wrists. Well, the same can be said about 38 mm version which is targeted on men, so if you like bigger watchface – don’t hesitate and get the type you like the most. 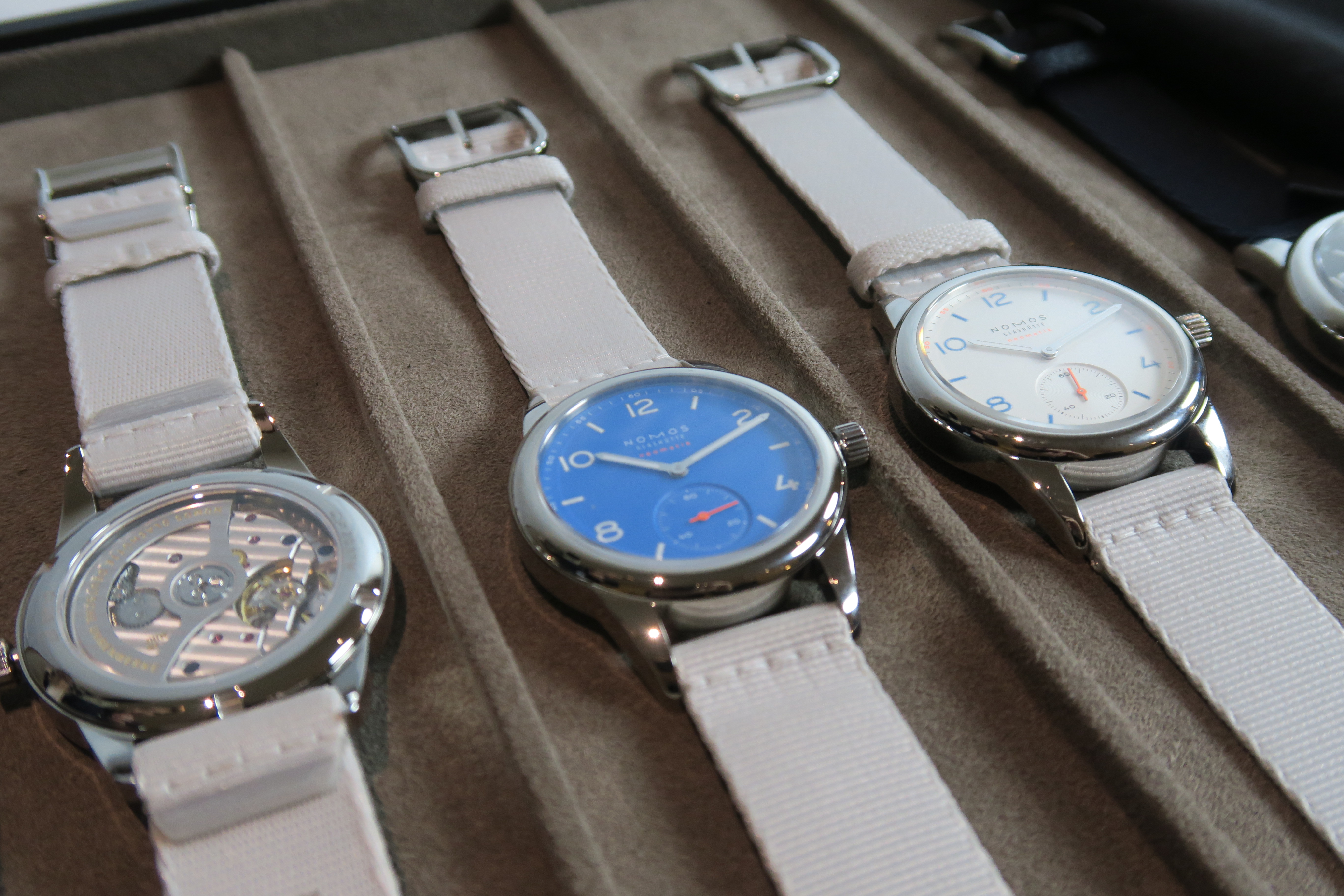 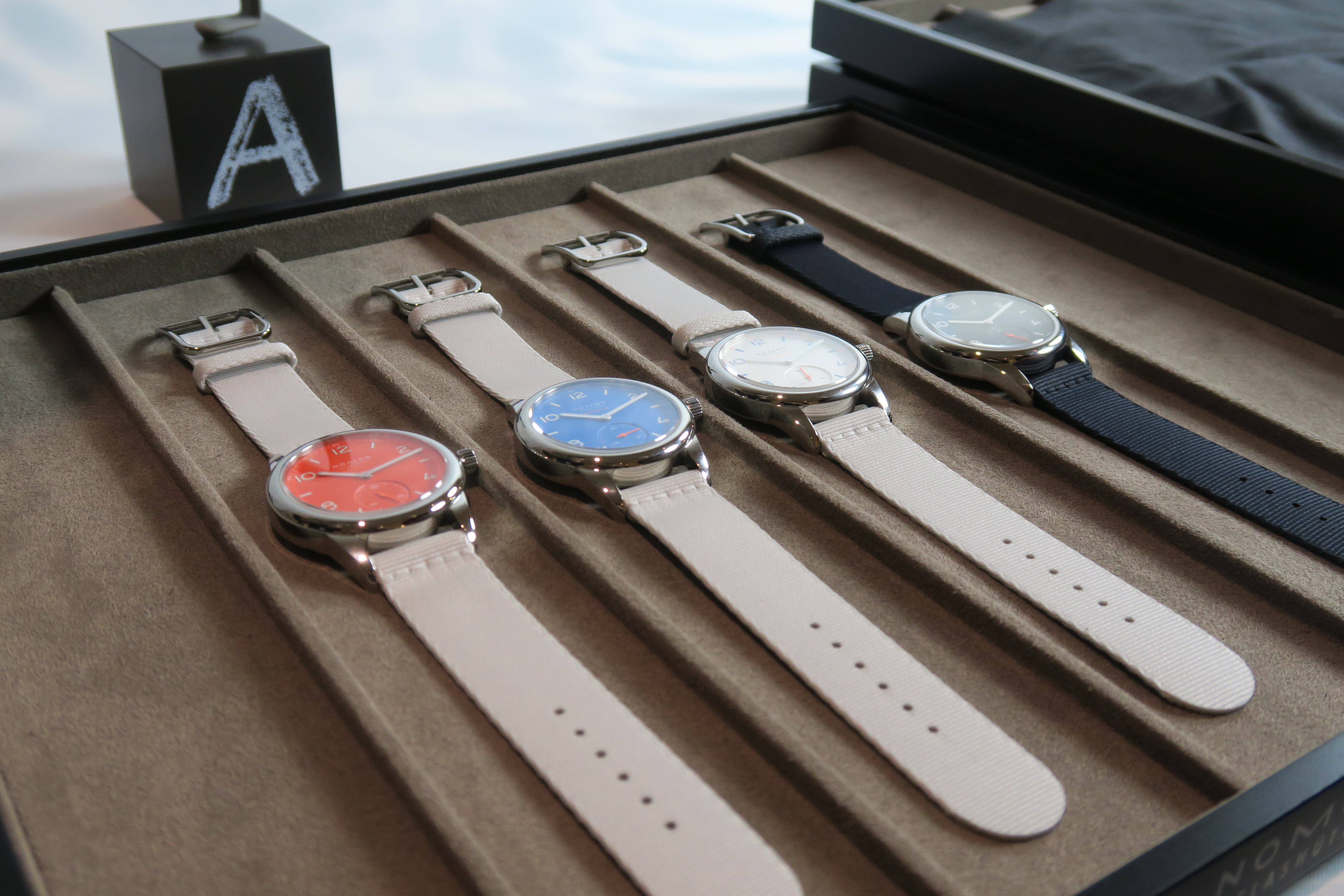 Newcomers are finished in typical Nomos design, so you can expect calm and clean design. Nevertheless, watchmaker decided to spice it up a bit and add both Arabic and Roman numerals, which are placed on the same dial. That’s quite unusual solution, which makes watch appearance a bit more engaging. We can agree that few watches have Arabic digits on top and Roman in the lower half of dial. Moreover, all numbers are covered with superluminova and should be visible in the dark. 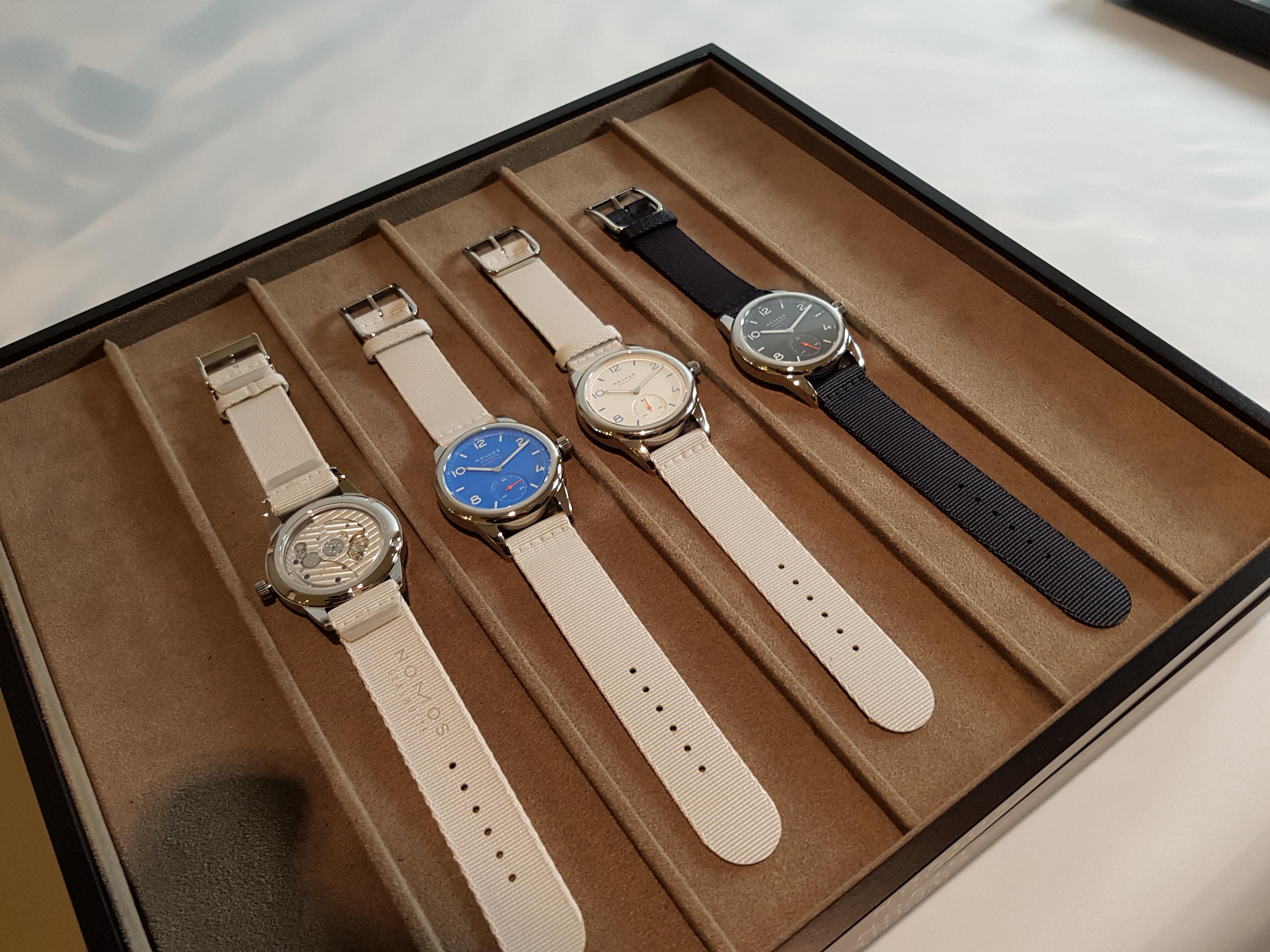 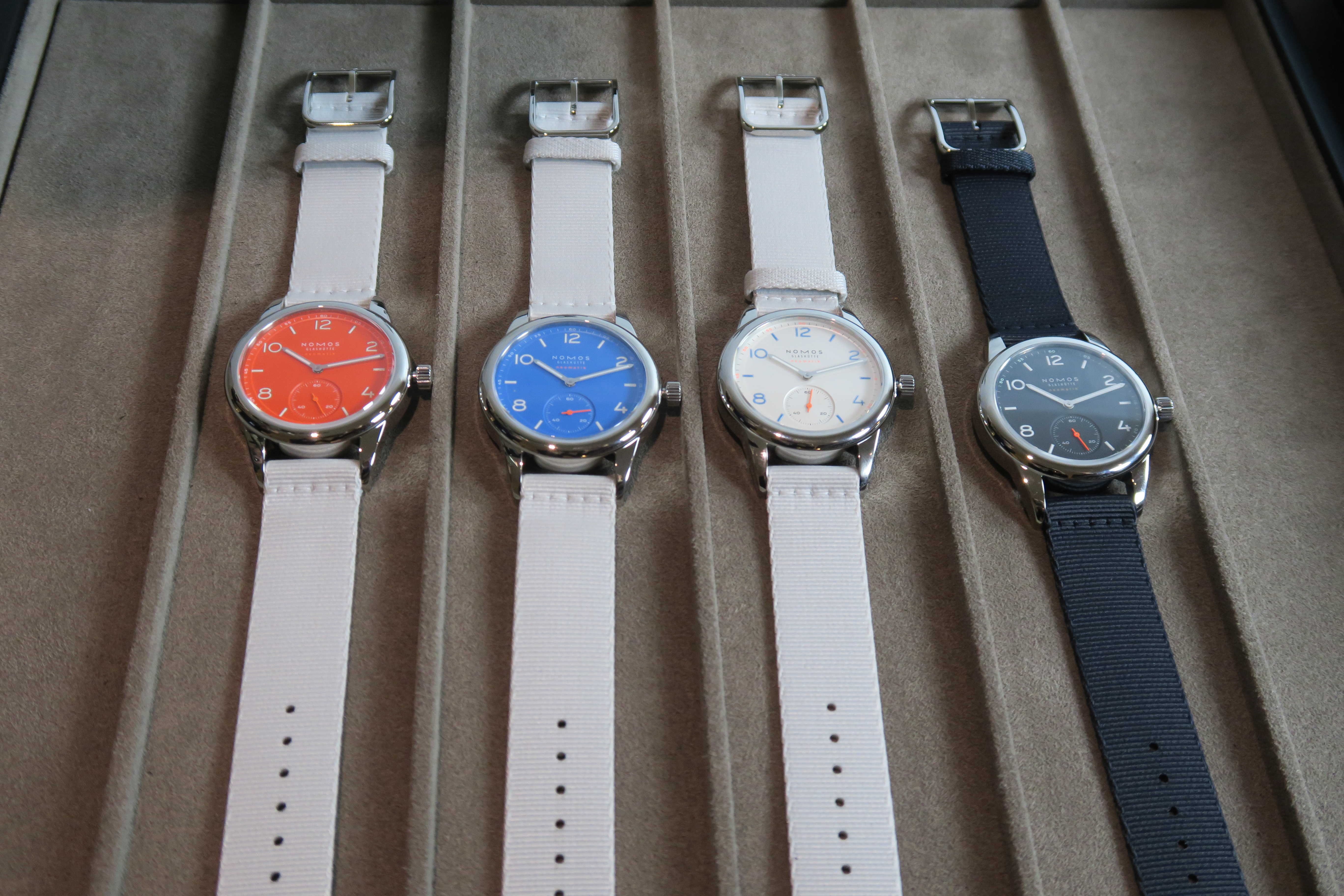 I was mentioning that there are also two different color versions available in 38mm. While white can be considered as the “feature color” for Nomos Campus, there will be also so called Campus Nacht with dark watchface. Such effect was achieved by ruthenium-coating whole dial. Moreover, this type is supplied with special anthracite velour strap, which complements dark color.
Cases on both models are made out of stainless steel with mirror-like polishing. It looks good with light dial color, even dark version is attractive with such case design. Of course, it might be scratched easily, but I am sure that young owners will take care of it. 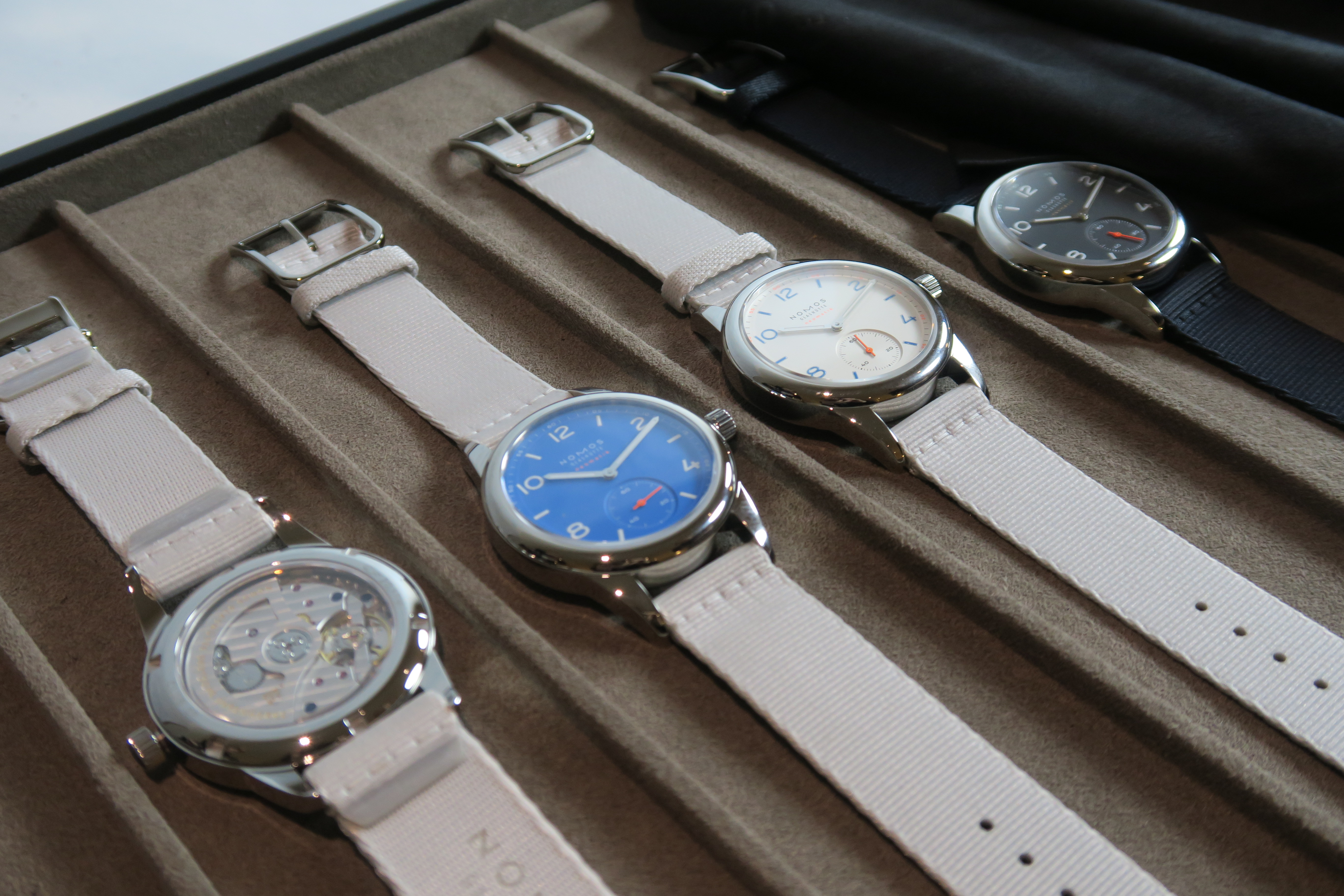 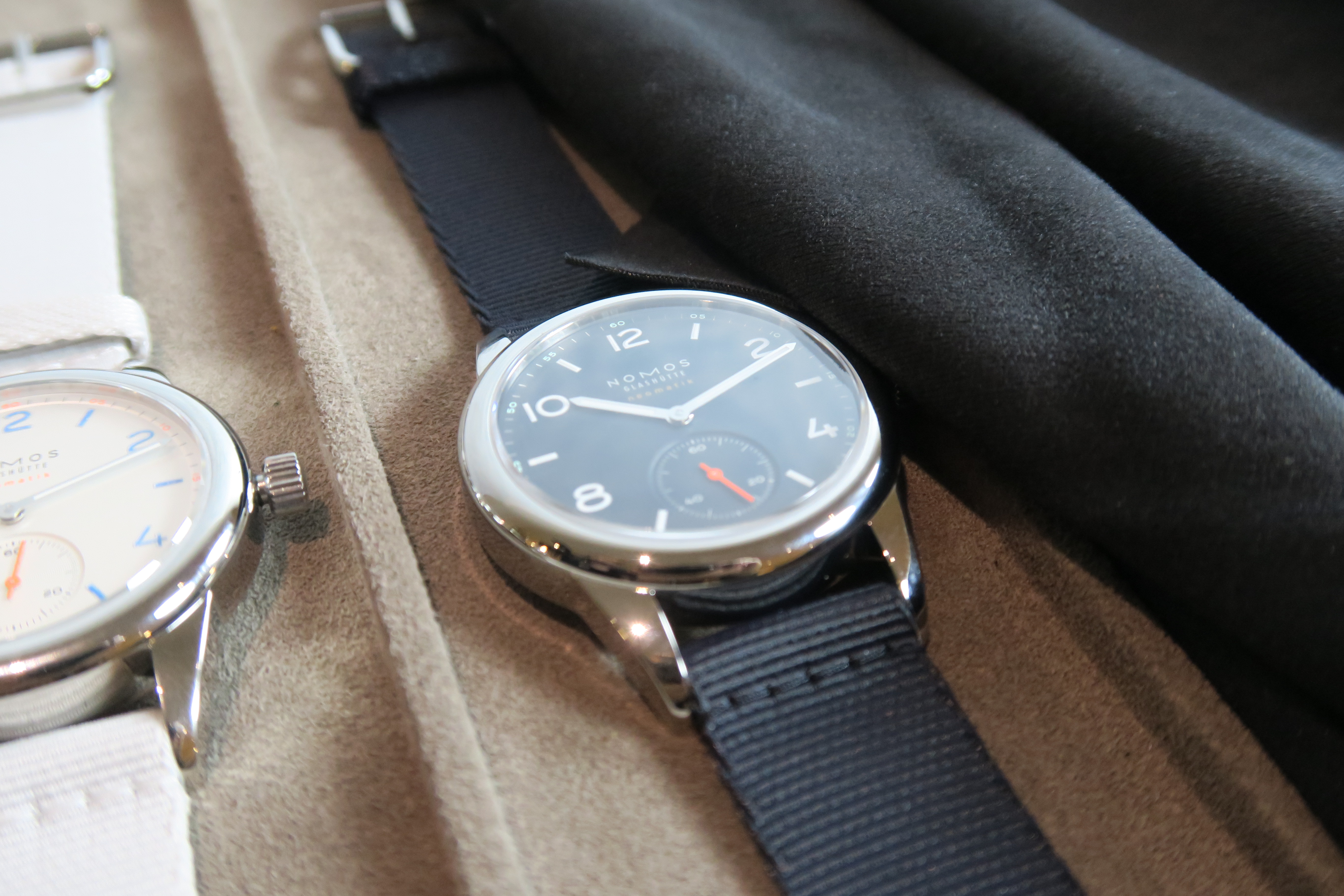 Last touch here is the possibility to personalise Nomos Campus and engrave message on the back cover. Well, I guess this feature will be used for various wishes and greetings.
Nomos decided to make this model a bit more accessible, and in press-release it is written that each watch will be subsidised. It’s obvious that such decision was taken in order to attract new fans. Of course, final word stays for customers, and it will be interesting to see how Nomos Campus will go into market. 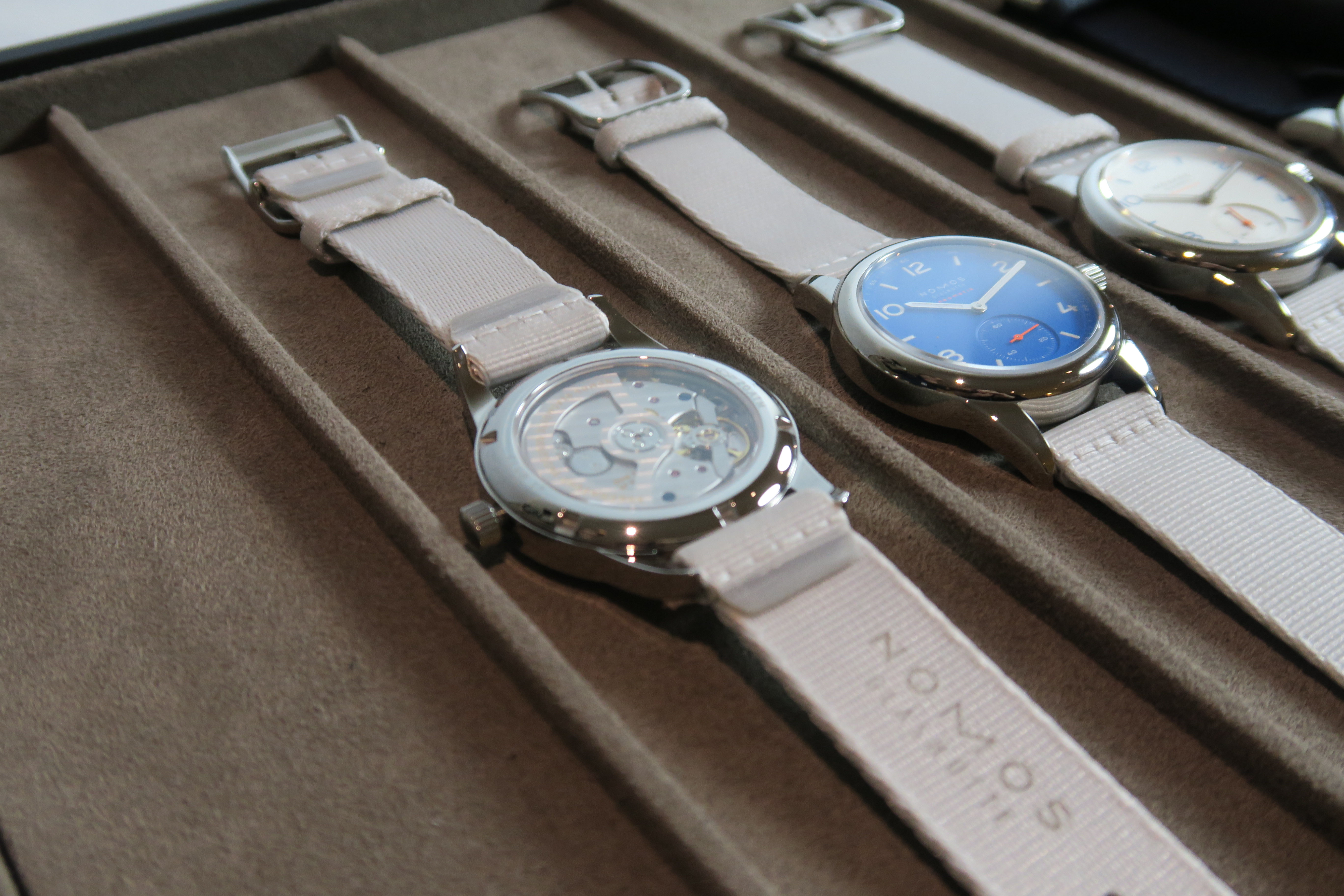 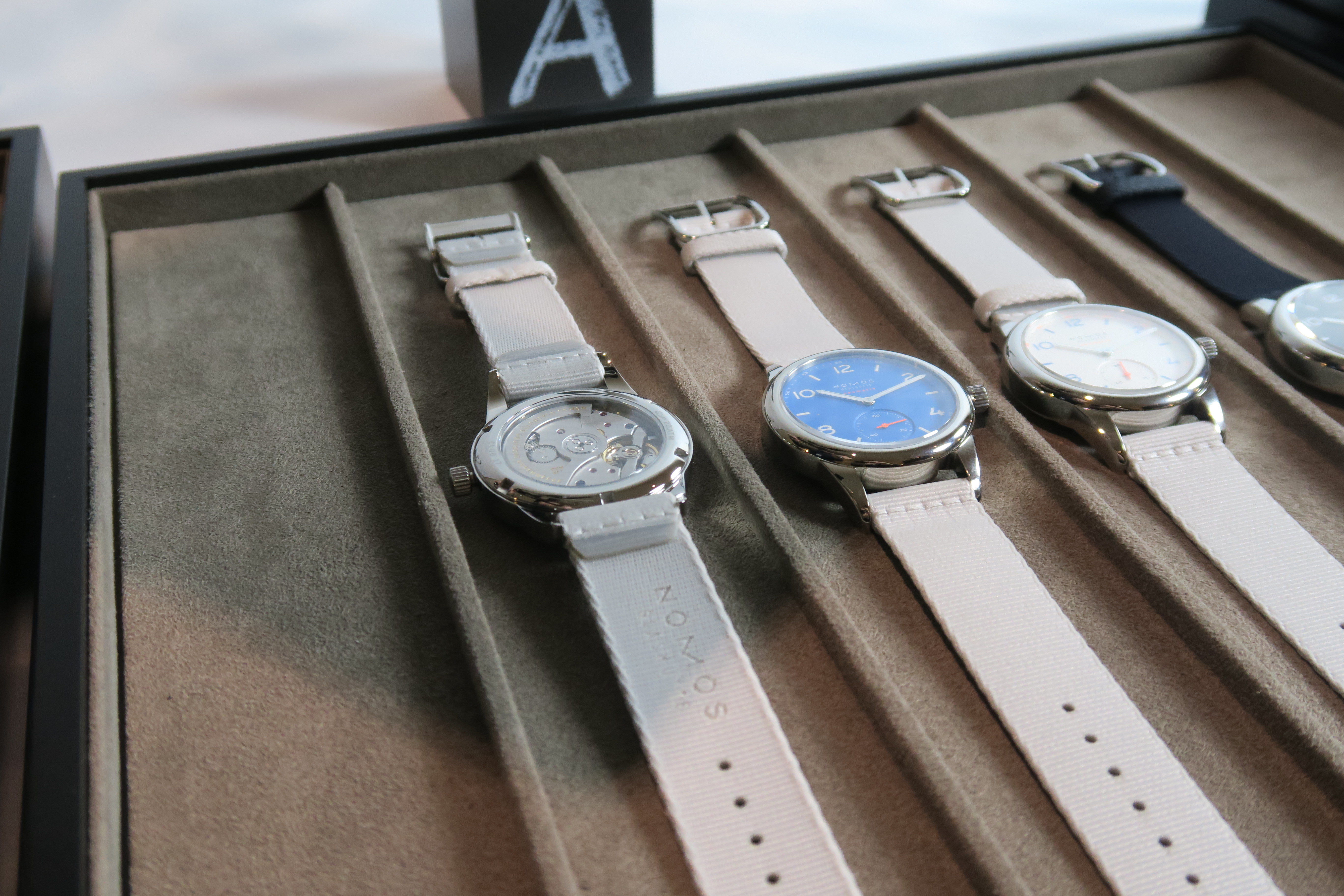 […] intersting to see new model in person, and now we are ready to share our impressions. By the way, here you can read review with another Nomos watch on Baselworld 2017. Don’t forget to like our Facebook page, so that you can get fresh articles on […]