Unless you live in cave or were in some long jungle adventure, you should have heard about this crazy project – new Lego Millennium Falcon. For some it might be just another toy, but believe me, this is not a children’s play, and you can use word “the most” in many cases. Let’s take a closer look.
By the way, here you can read another fresh article on our website.
Don’t forget to like our Facebook page, so that you can get fresh articles on time. 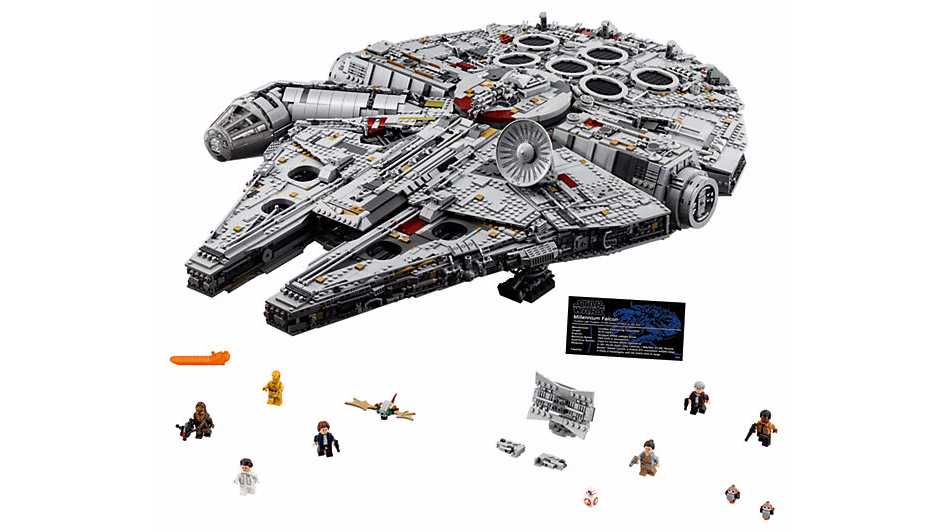 Yeah, I know, some of you might say “meh, another Star Wars kit”, but this is not the case with new product. It is important to remind that there were other “Falcons” before, but new release just trumps them in terms of size and detailing. The first thing to say is that whole spaceship (pun intended) will be assembled out of 7541 pieces. This number is the biggest among all Lego sets, which were released before. Such amount should keep you busy at least for two days if you want to enjoy the process, not to speedbuild it ASAP and place on the shelf (shelf will have to be tough, but we will talk about it later). 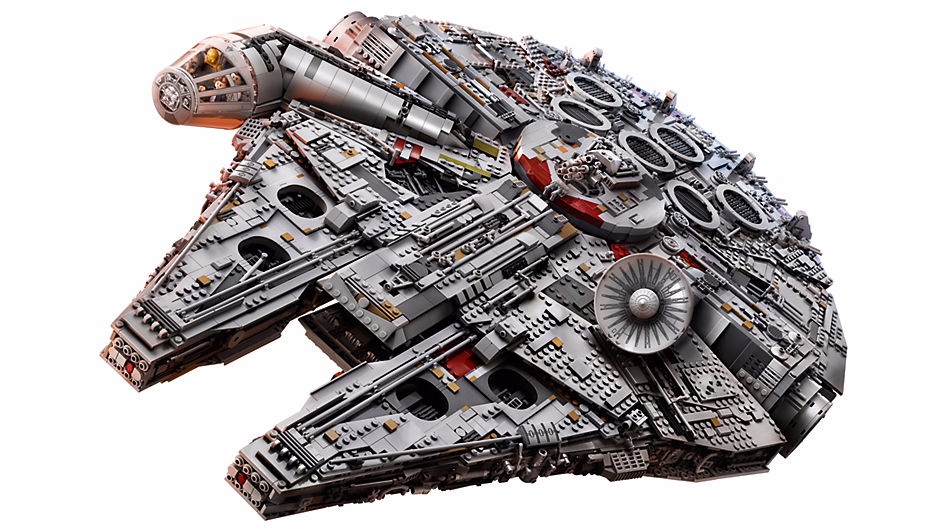 I won’t be surprised when some people will start taking holidays in October right after receiving this mastodon. More parts mean more elements copied in traditional Lego style. Another thing – it means bigger weight of the finished model, and new release will be around 13 kg in its complete state! That’s why I was saying that you will need some heavy-duty shelf to place it on. I am not even talking about hanging this mammoth, even though there is no doubt that somebody will do it. 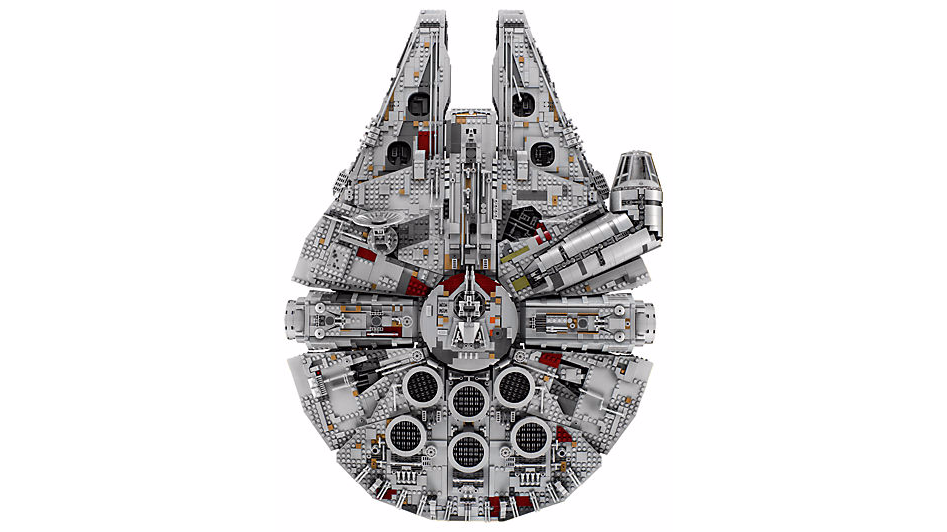 Well, with such weight you can forget about “swoosh” moves, and just move figurines around. By the way, Lego Millennium Falcon features 8 figurines only, what sounds not so impressive. Ok, you will also get 2 porgs, which should be assembled out of separate pieces. Sounds like a cool deal, right? 🙂 Leia and Khan also have rotatable heads, which will reveal faces with masks. Still, it would be better to see more famous guys included, especially for such huge price. 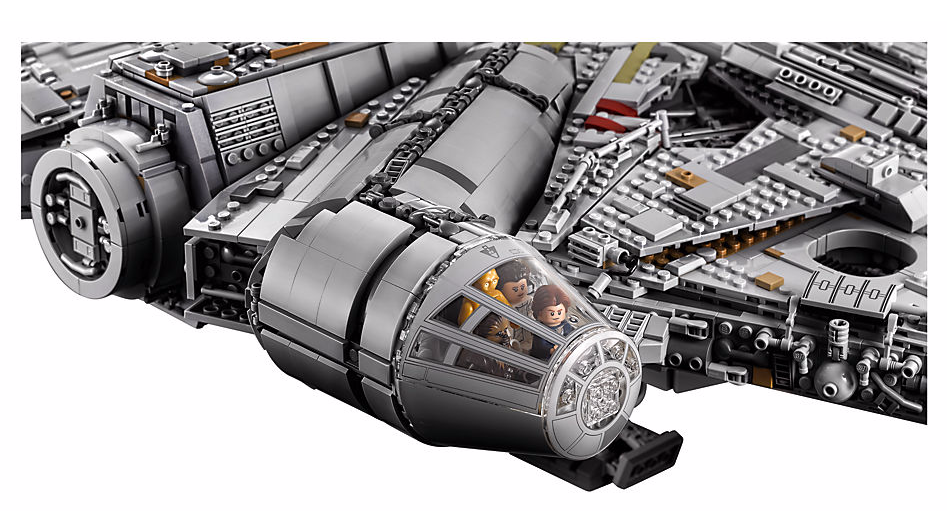 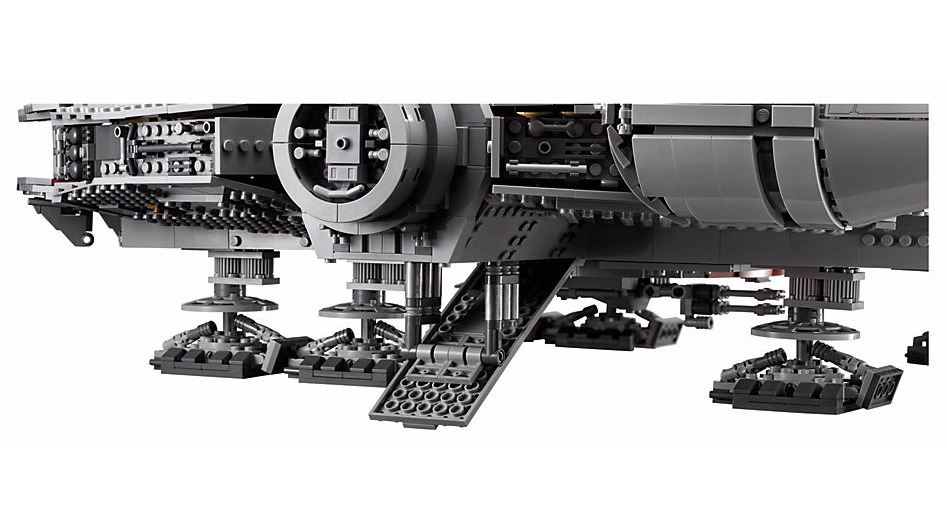 Well, I am not sure if it is sad or funny fact, but new kit will be sold for $800. Yes, EIGHT HUNDRED DOLLARS! That price tag makes it the most expensive Lego set ever, but there is no doubt that fans will get it. Well, not only fans, but also speculators, because I saw several $1800 auctions on Ebay. I can’t even write all the things that you can get for standard price, just think about it… You can be quite sure that Lego Millennium Falcon will become recognized grail among Lego fans, but are you ready to be beaten by your girlfriend/wife after she finds how much this kit was worth? I guess this battle will be even cooler than McGregor and Mayweather fight. 🙂 Jokes aside, get used to ramen, save money for October and order this huge box with two porgs into your house. Don’t build it if you would like to have something valuable. Well, even assembled ones will go up for sure. 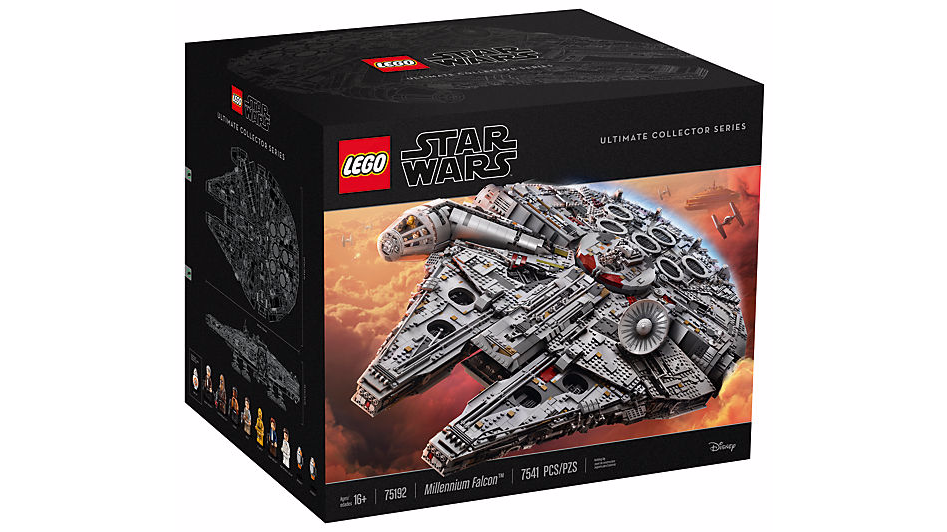