Previous Next
Hi!
Today’s article is dedicated to the new MB&F HM7 Aquapod, which was presented this year. We’ve had a chance to play with watches on Baselworld, and now ready to share impressions.
By the way, here you can find another report from Baselworld 2017.
Don’t forget to like our Facebook page, so that you can get fresh articles on time. 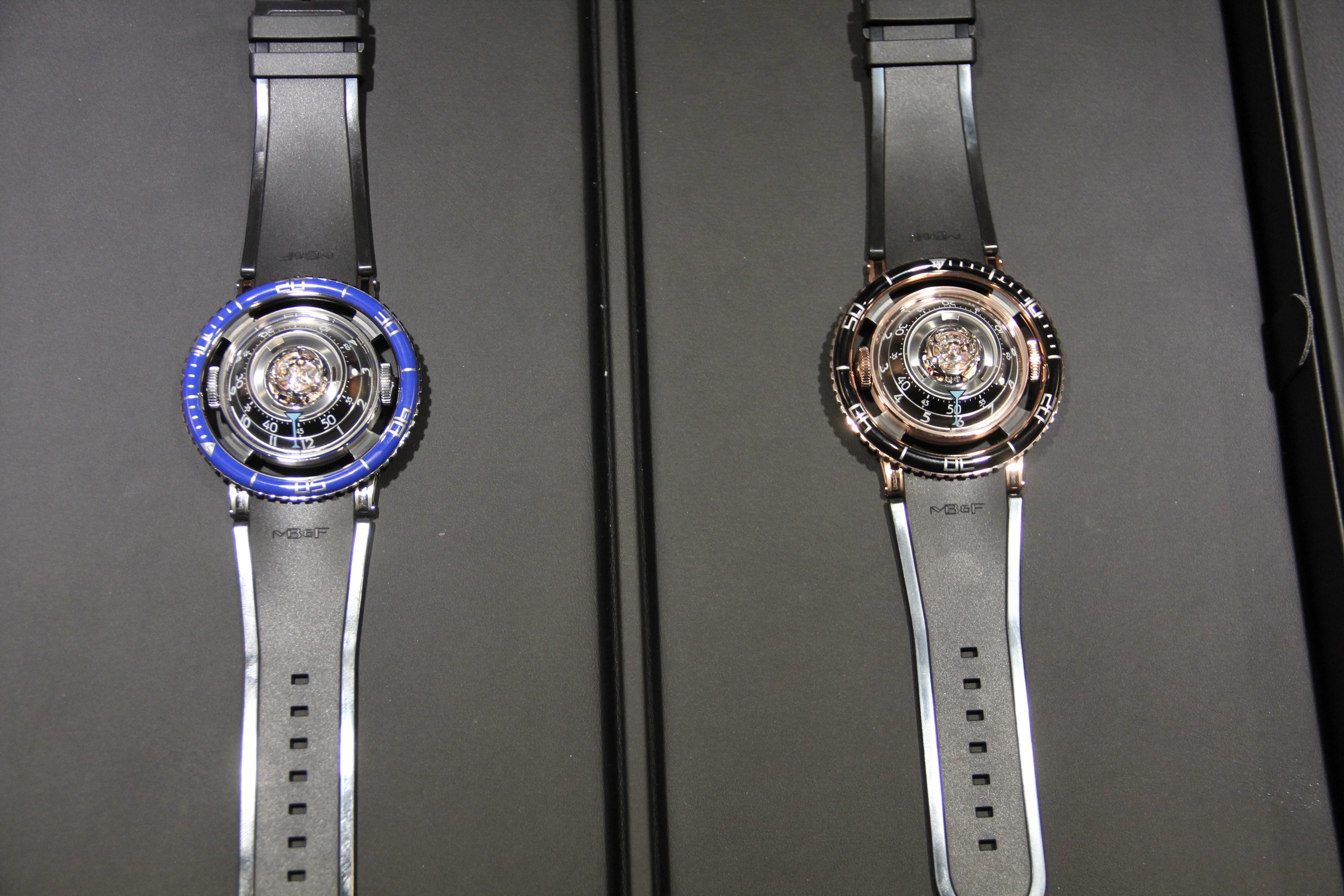 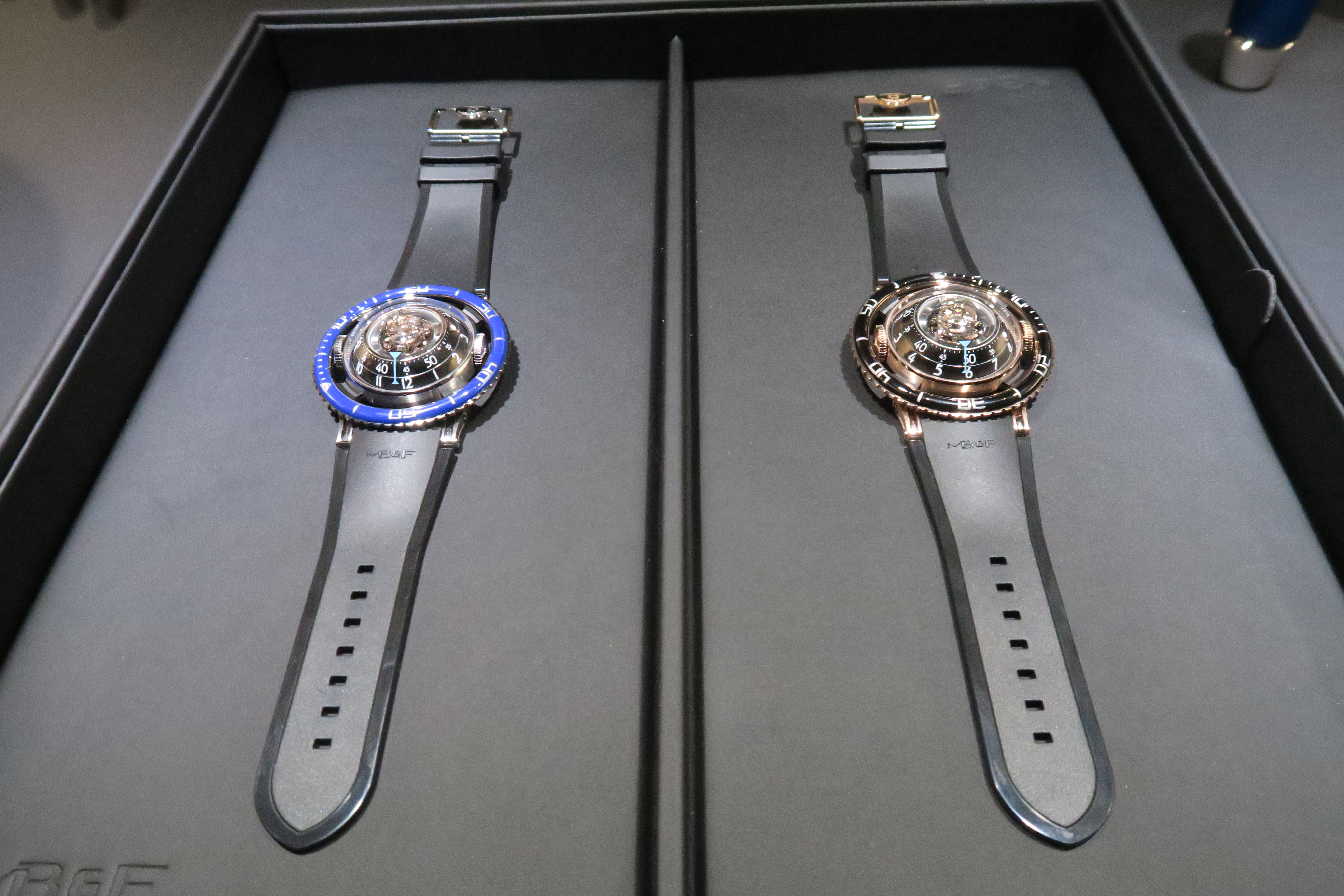 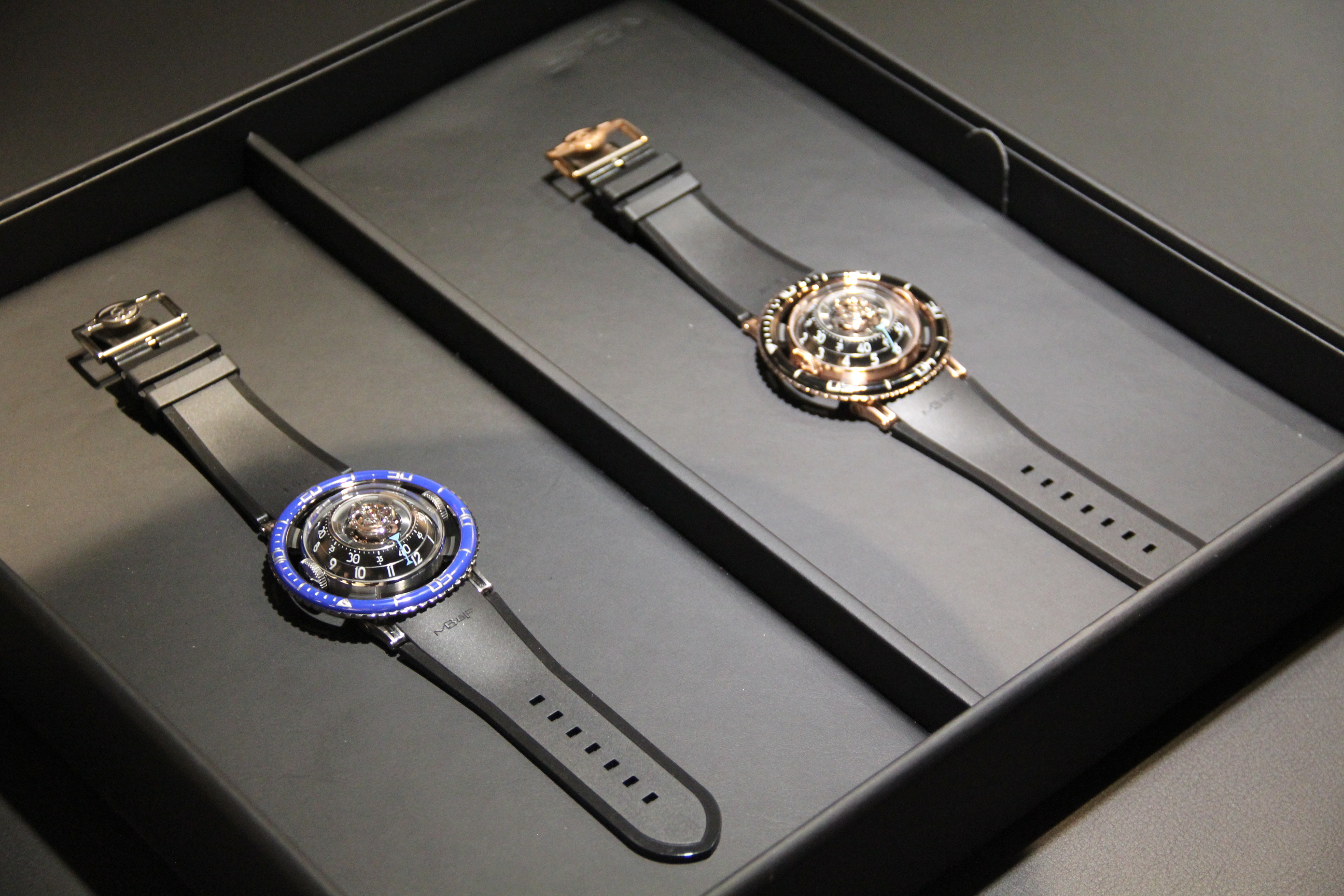 It’s not a secret that there some unique watches which can be seen and tried only several times. No, this is not because of enormous price, such “feature” is more related to the limited amount of them available. MB&F HM7 Aquapod is exactly this case. There were some pieces left available at Baselworld, but I doubt that it will last too long. I would say that here we have not only watch, but also true art object, and few of the actual owners will take this beauty outside. 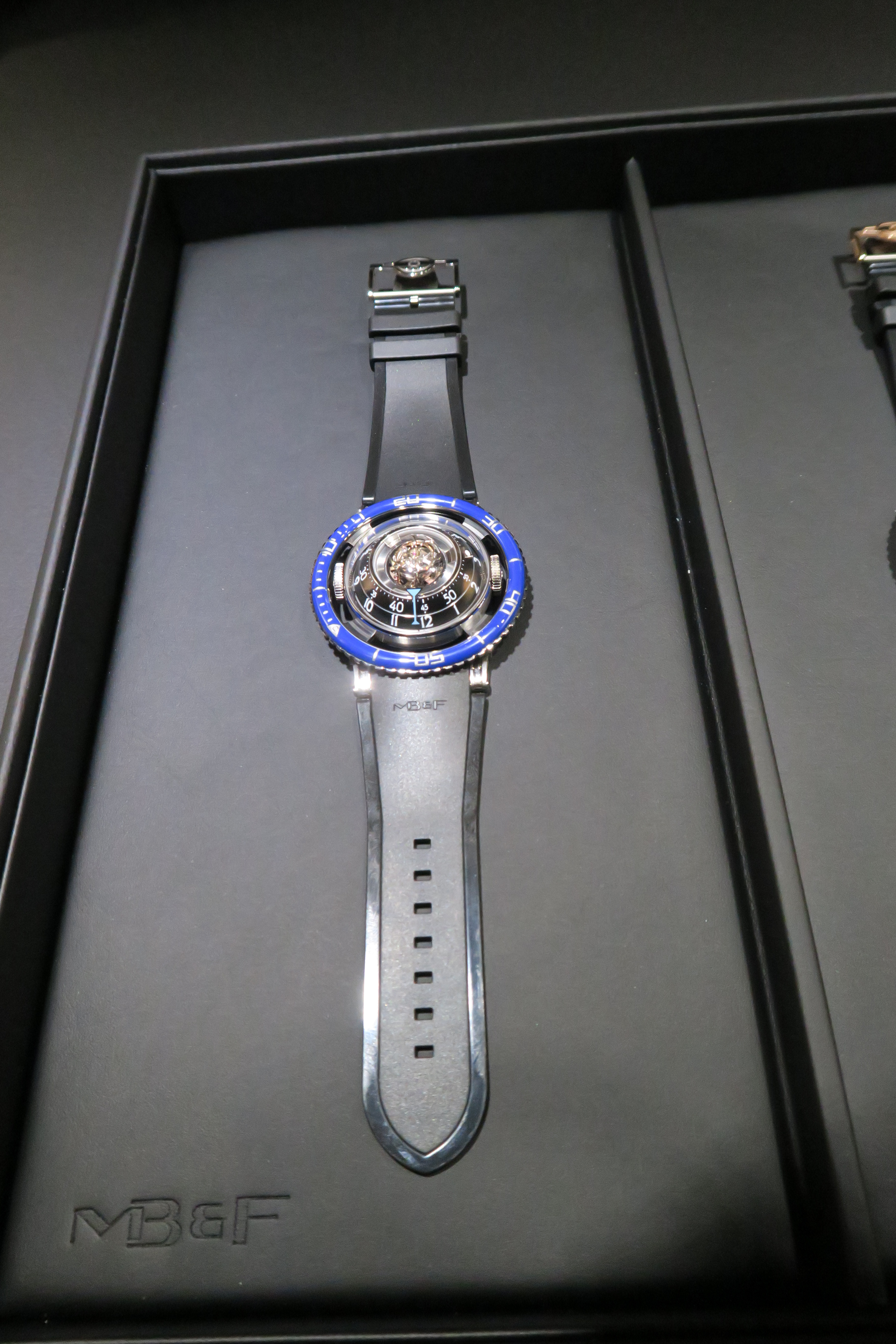 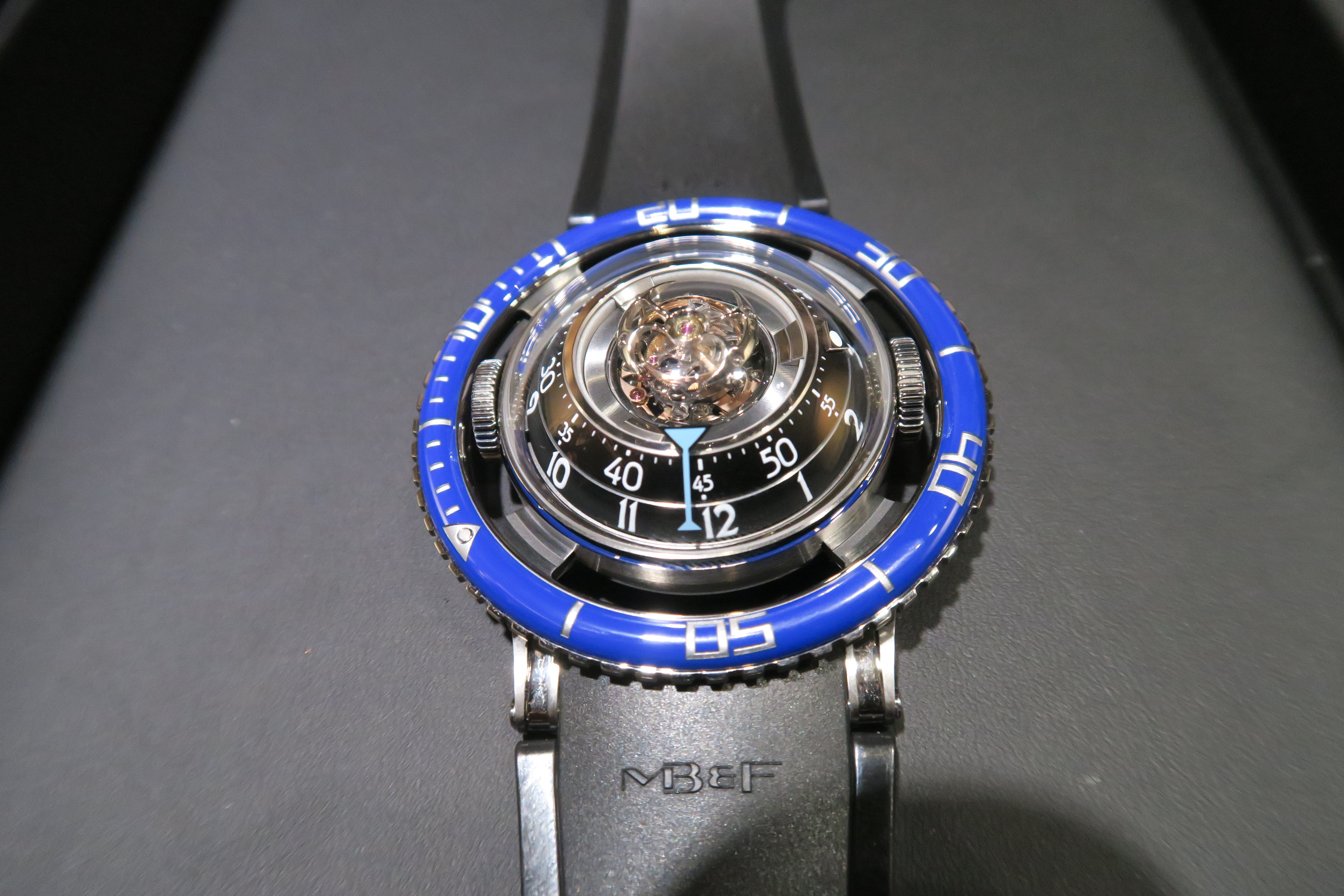 Nevertheless, we’ve had a chance to try actual watch, and it’s truly impressive both appearance and mech-wise. First of all let’s take a look at design, because all other parts had to comply and adjust with this unusual image of watch. Everybody knows about domed sapphire glasses on watches, but here we have extreme view on such solution, and Aquapod features bubble-like glass. Of course, such watch will be difficult to hide under shirt sleeve, and I think that such masterpiece should be actually worn on the sleeve. 😉 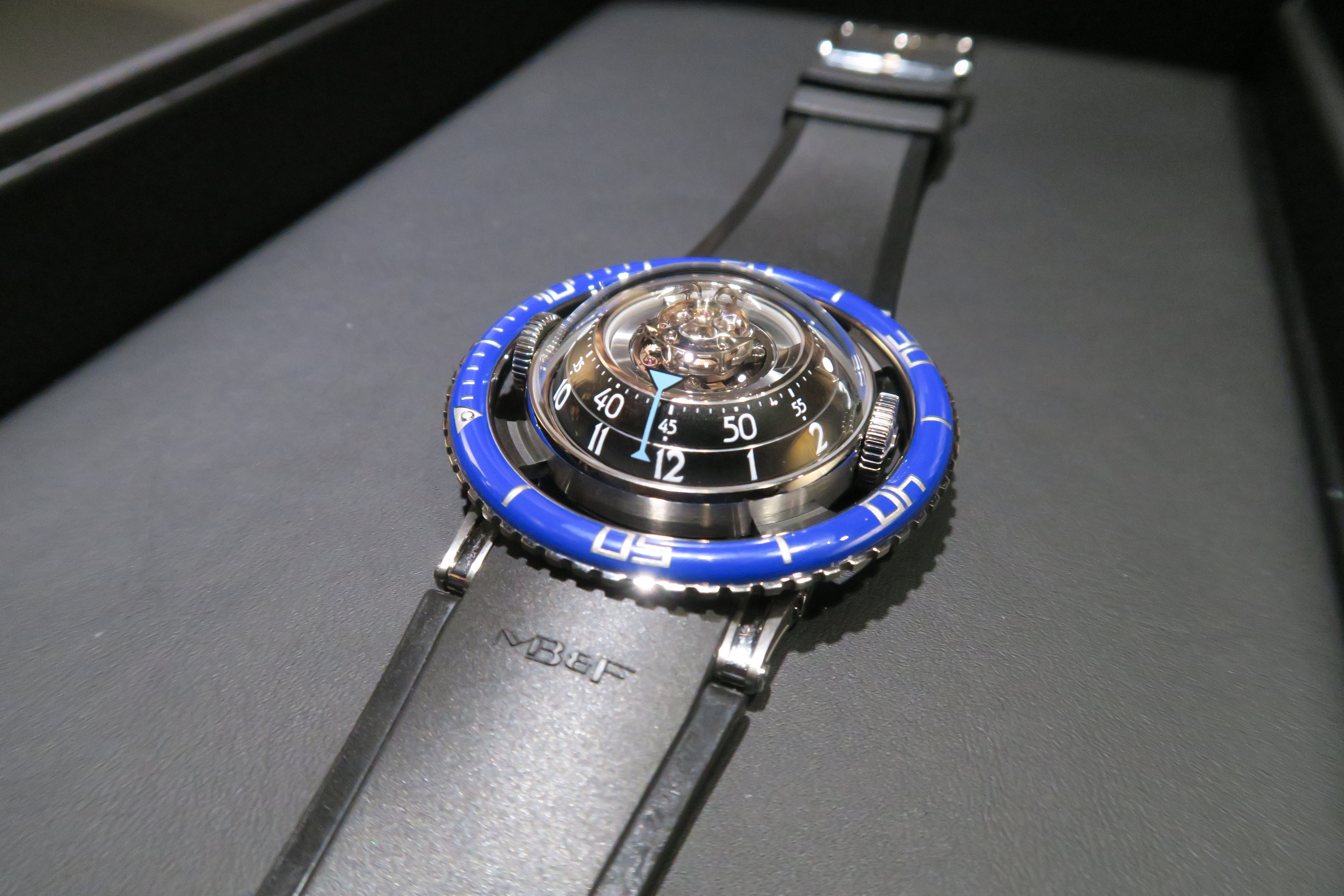 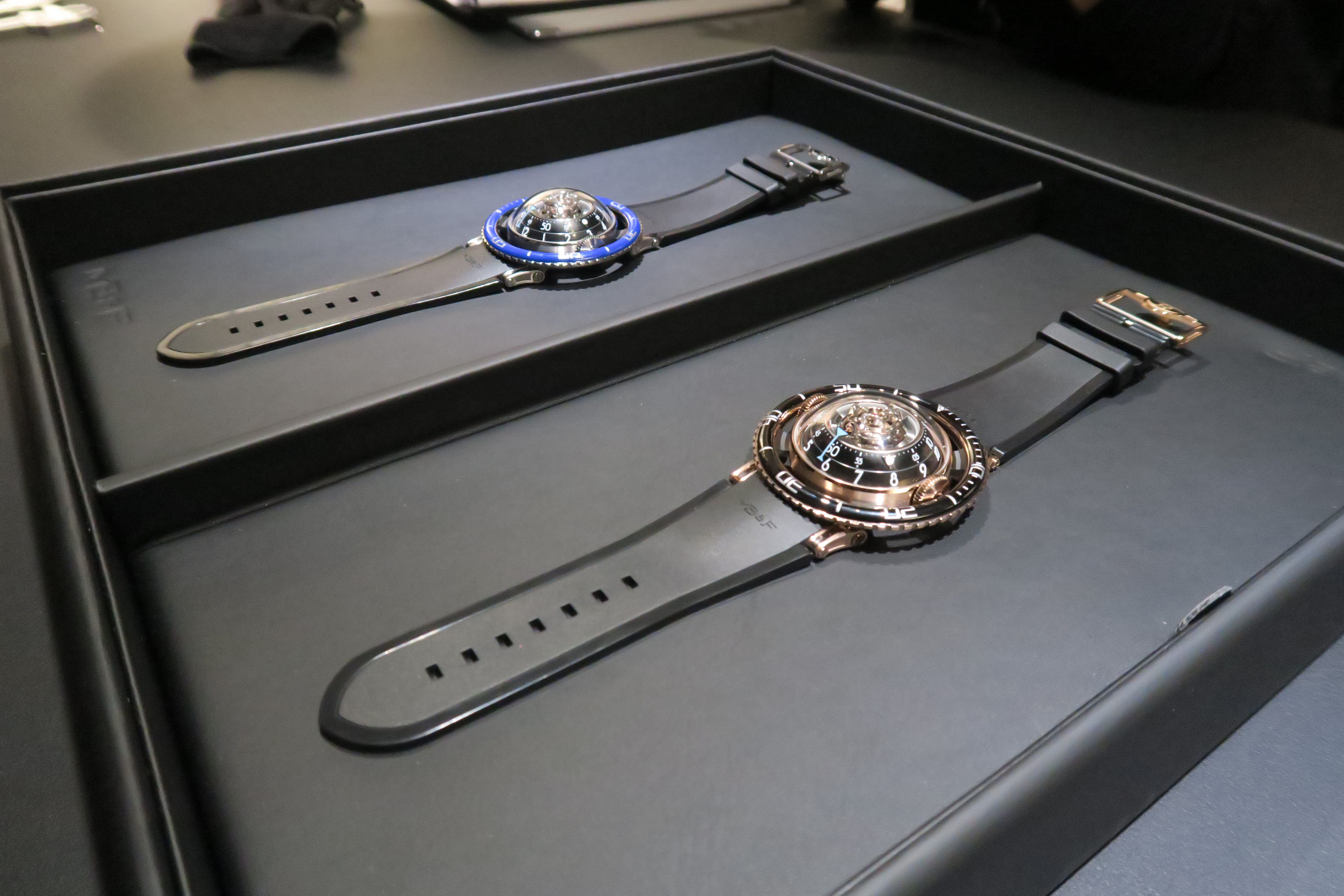 All indices and whole mechanism were redesigned in order to fit this unusual case. It’s obvious that classic plain movement and dial won’t look right here, and therefore creators decided to get creative here. I have o admit that word “creative” doesn’t even barely describe what have been done here. All those radial discs rotate, while time mark is fixed and finished in blue color. 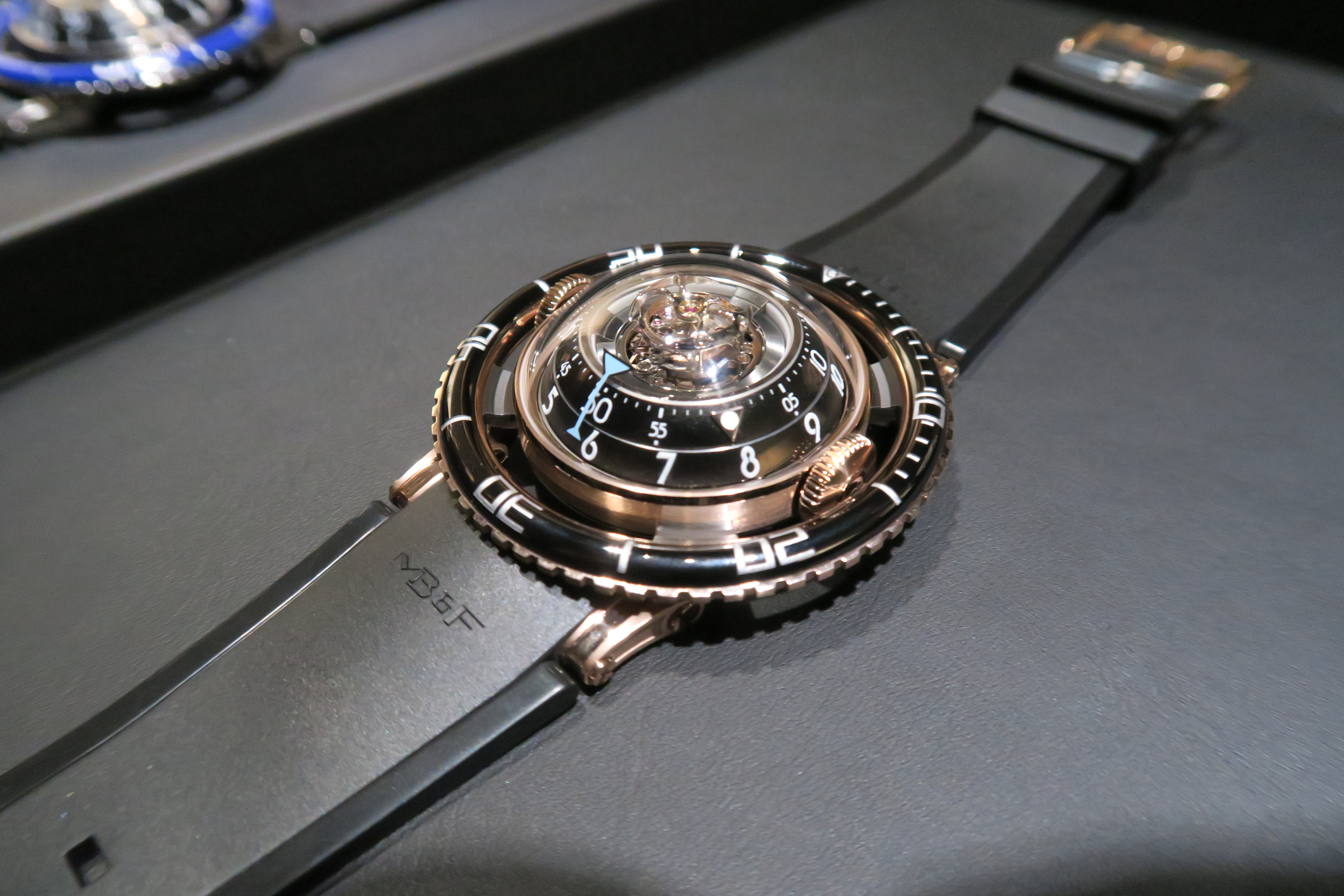 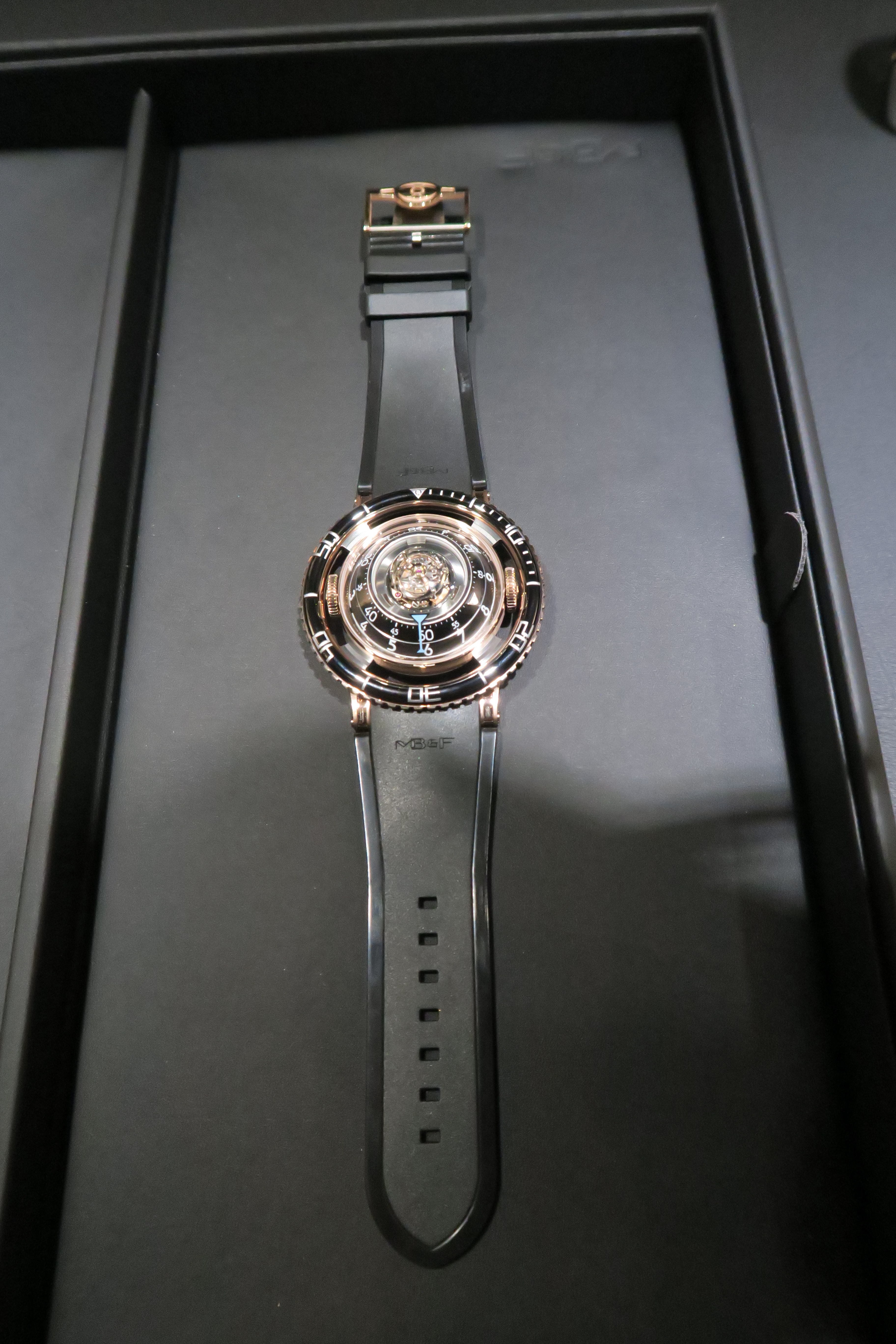 Backside of the watch is also transparent, but had to be plain so that it won’t hurt to wear new timepiece. Note that even here designers decided to add unusual touch and owner will be able to appreciate “tentacles” around the movement. 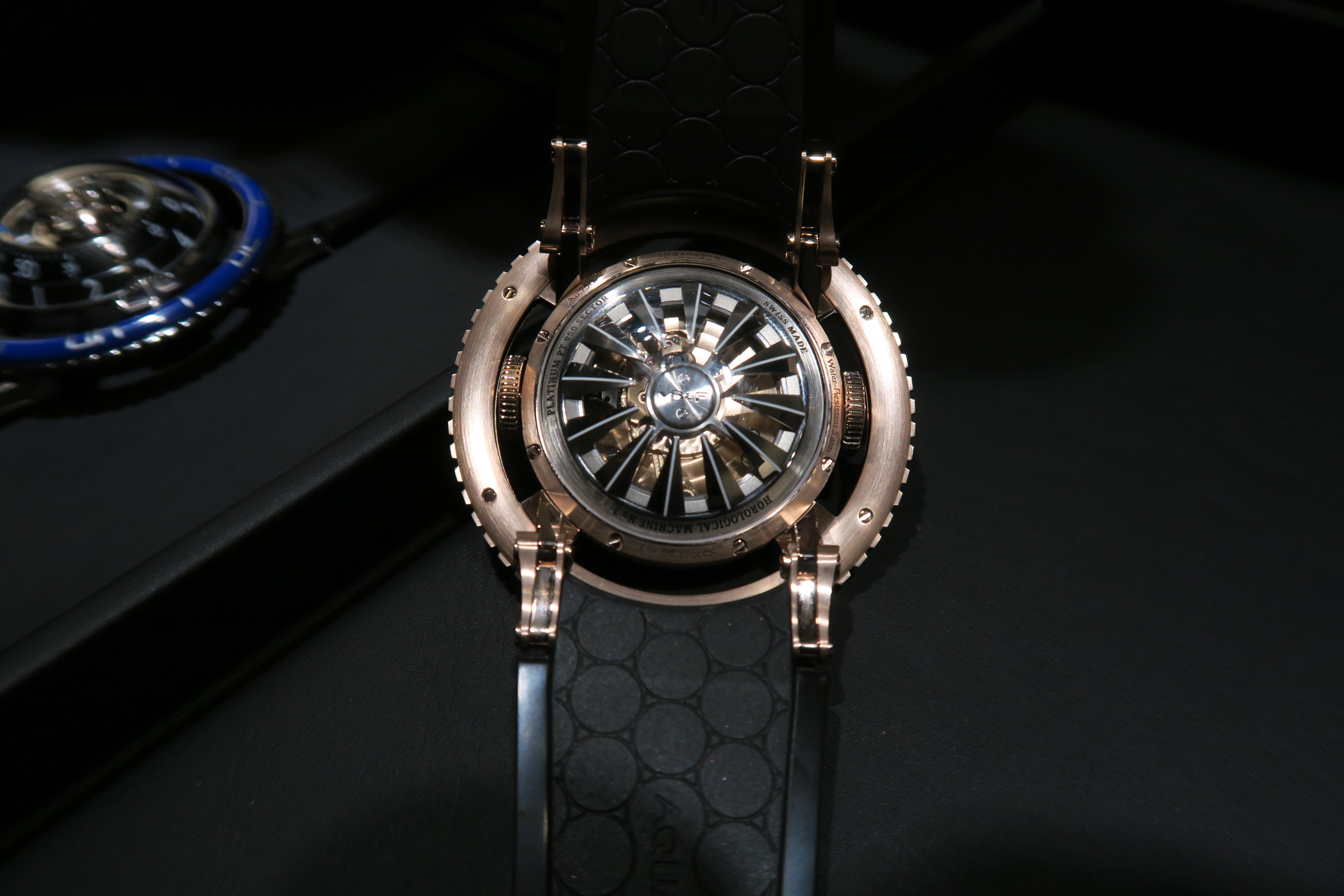 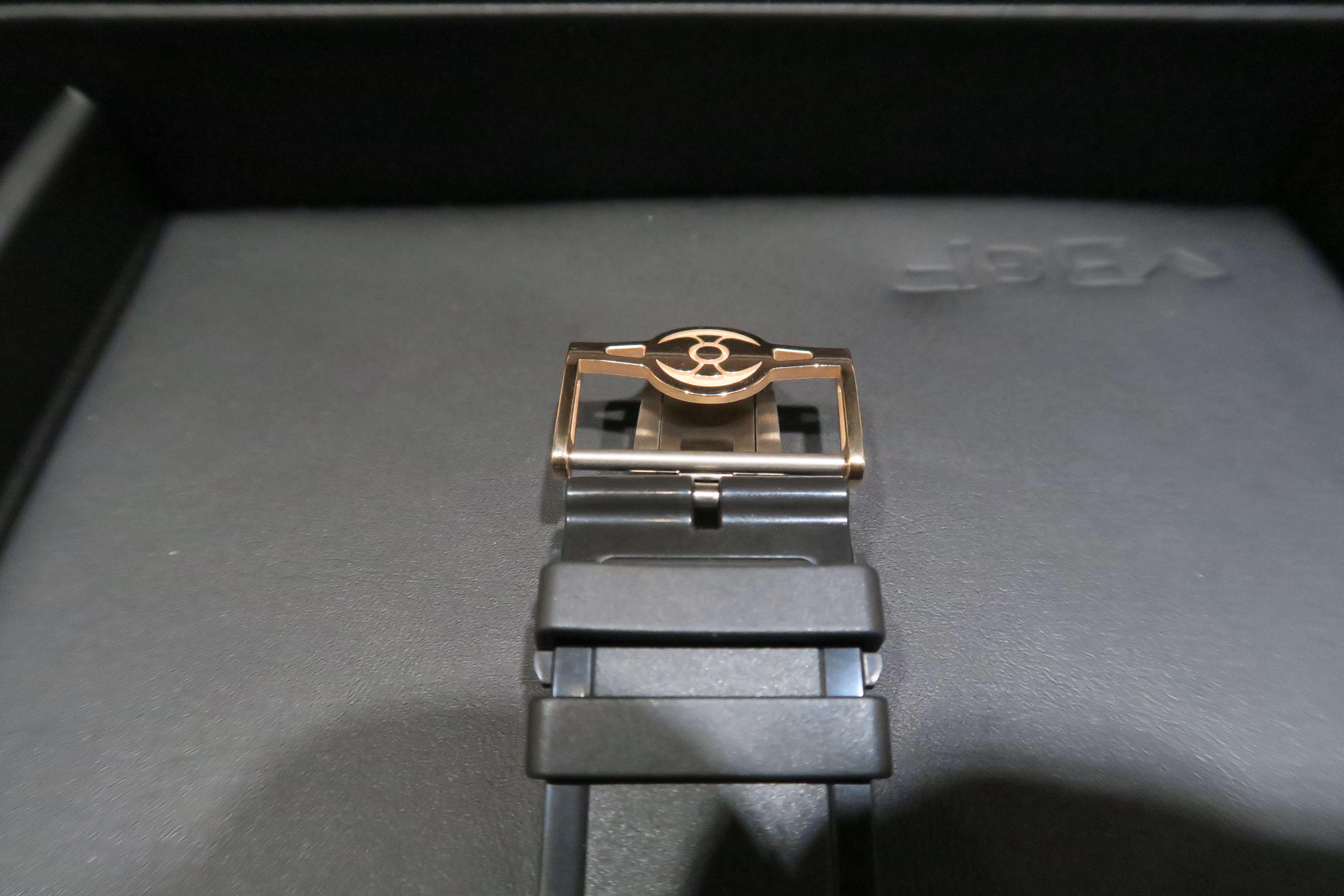 Another interesting feature – hint on diver watches with special bright bezel around the watch. I highly doubt that somebody will try to use MB&F HM7 Aquapod for diving experiences, but it’s still surprising to see how well this element blends into overall image. 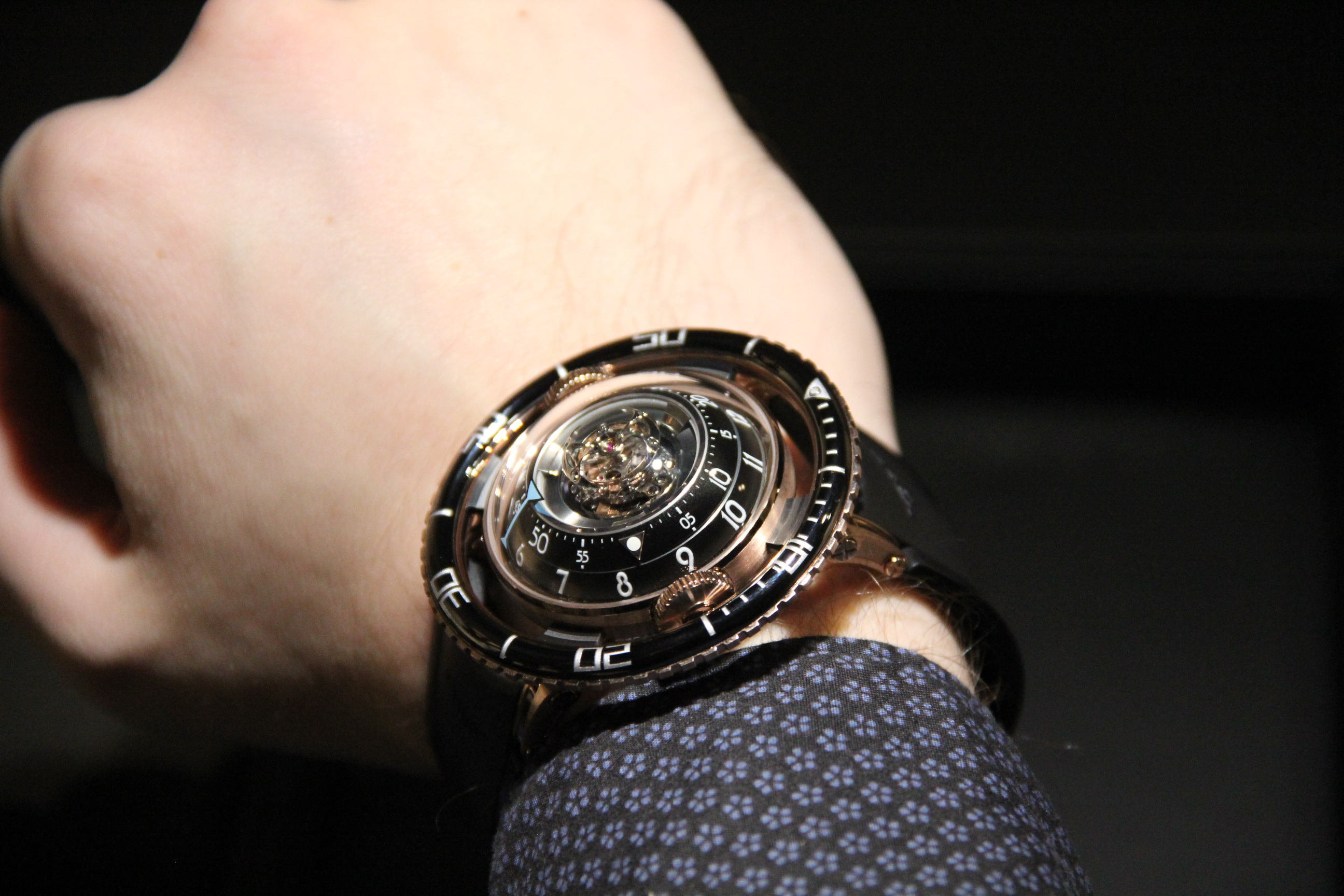 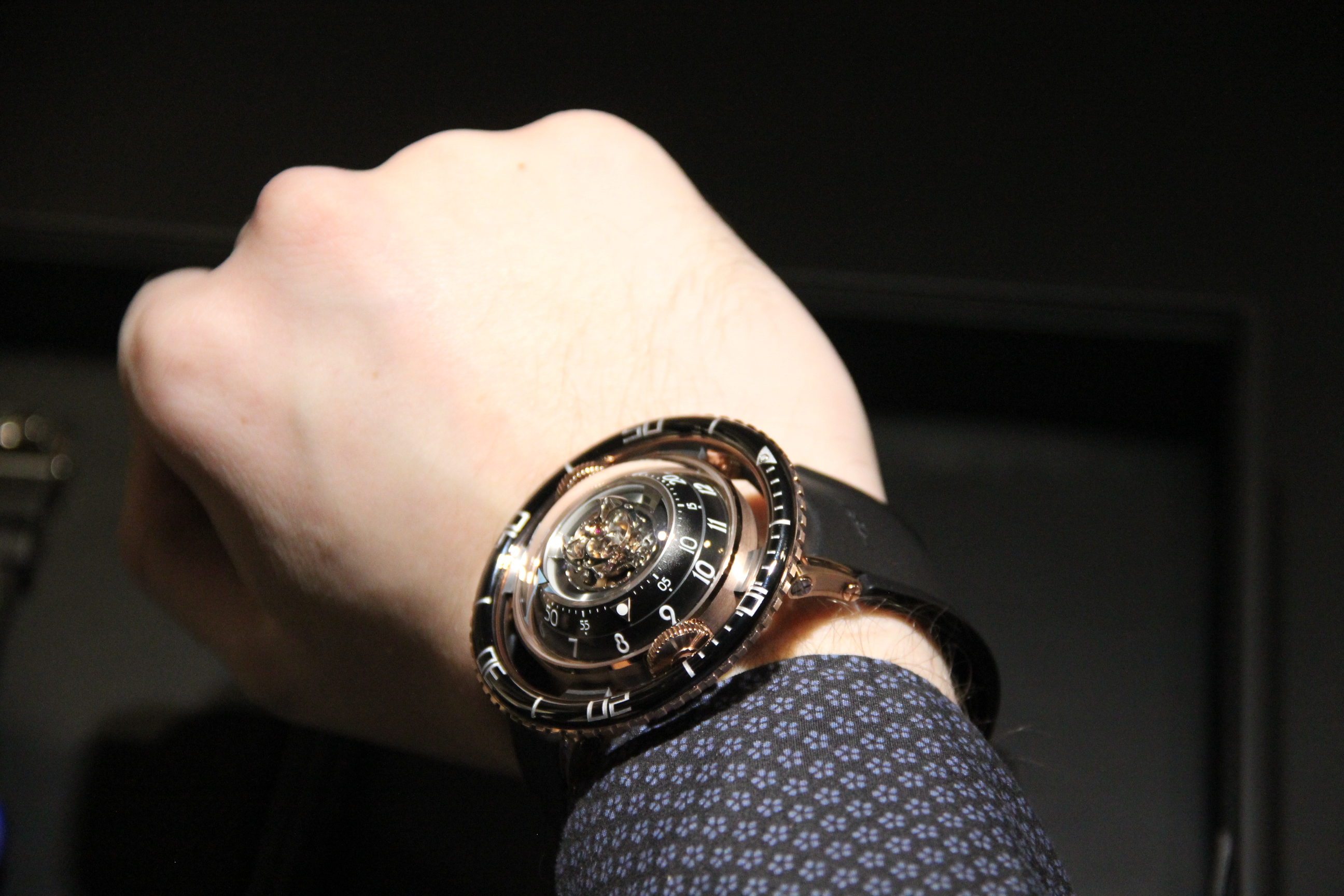 Strap option is only one – classic rubber one with clasp closing. It seems that here designers decided to calm down or maybe they spent all energy on the casing and movement. Well, maybe it’s good that they went this way… 😉 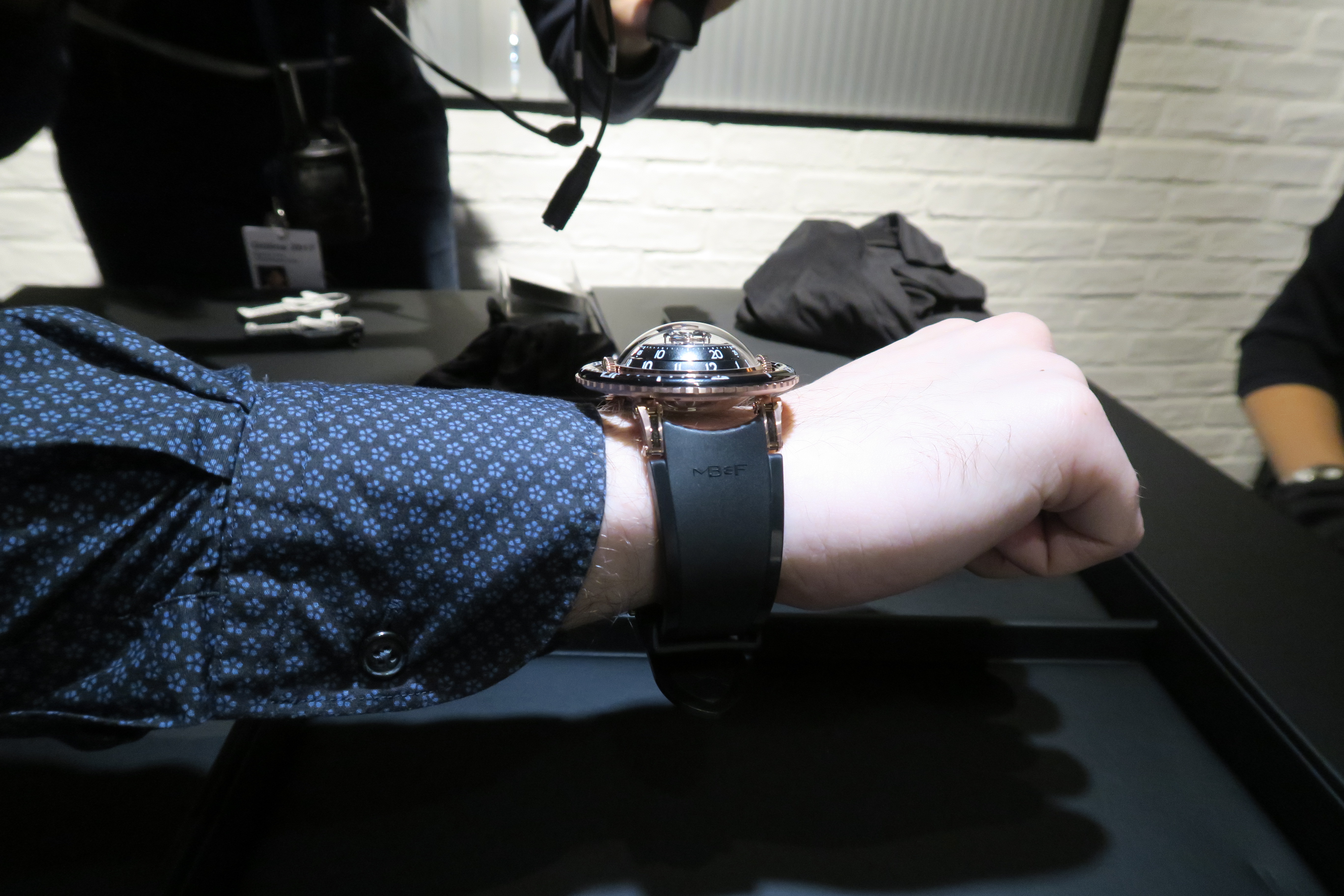 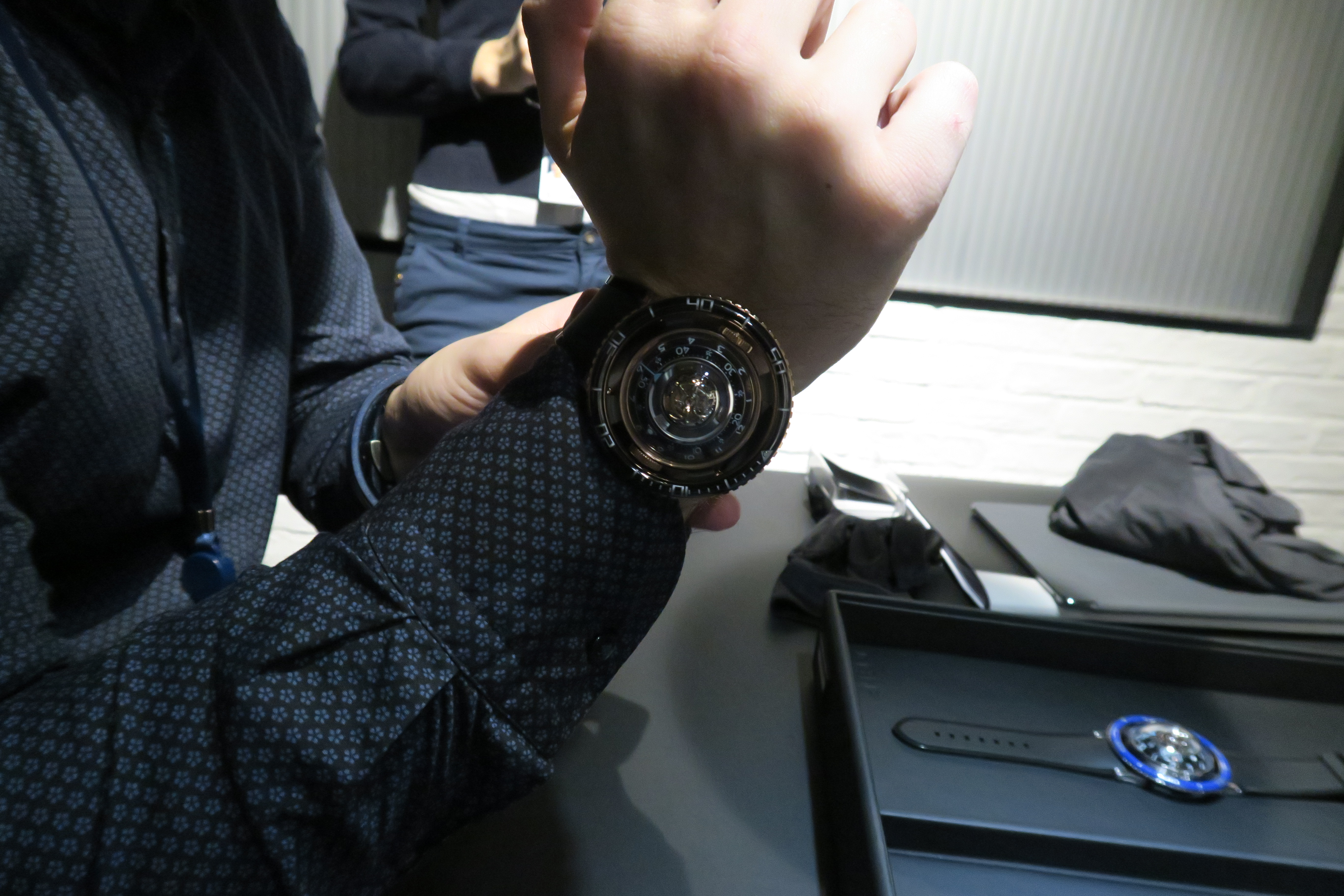 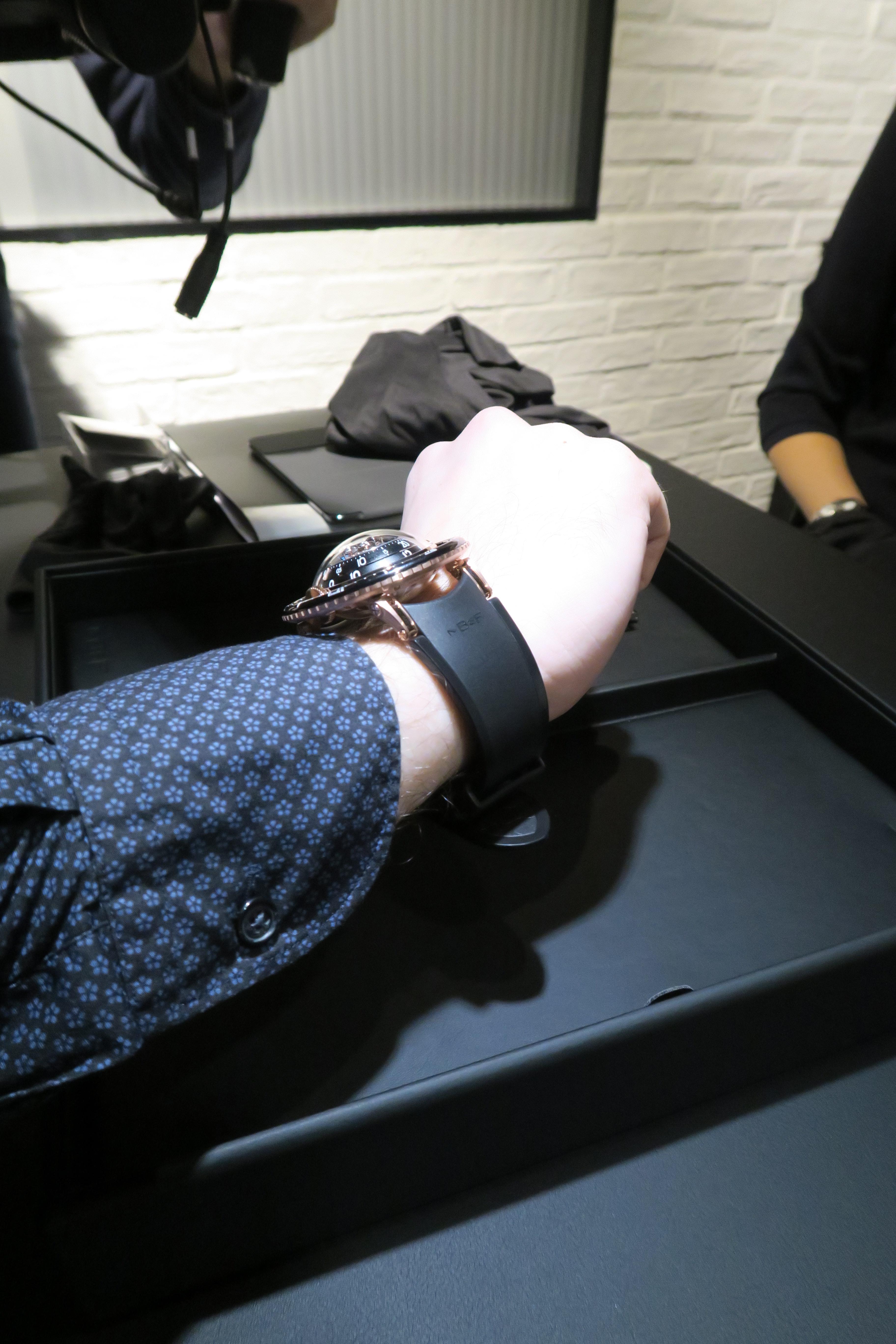 Describing all the features doesn’t do the justice here, and hardly anyone will chose it because of the movement. Design is king here, and you feel it while wearing MB&F HM7 Aquapod on your wrist. This watch is heavy, not that it will grow your arm muscles, but it will keep them in shape for sure. Jokes aside, this amount of grams is quite important here, because otherwise it won’t feel like something masculine (does anybody think that there will be women wearing this???) and real. 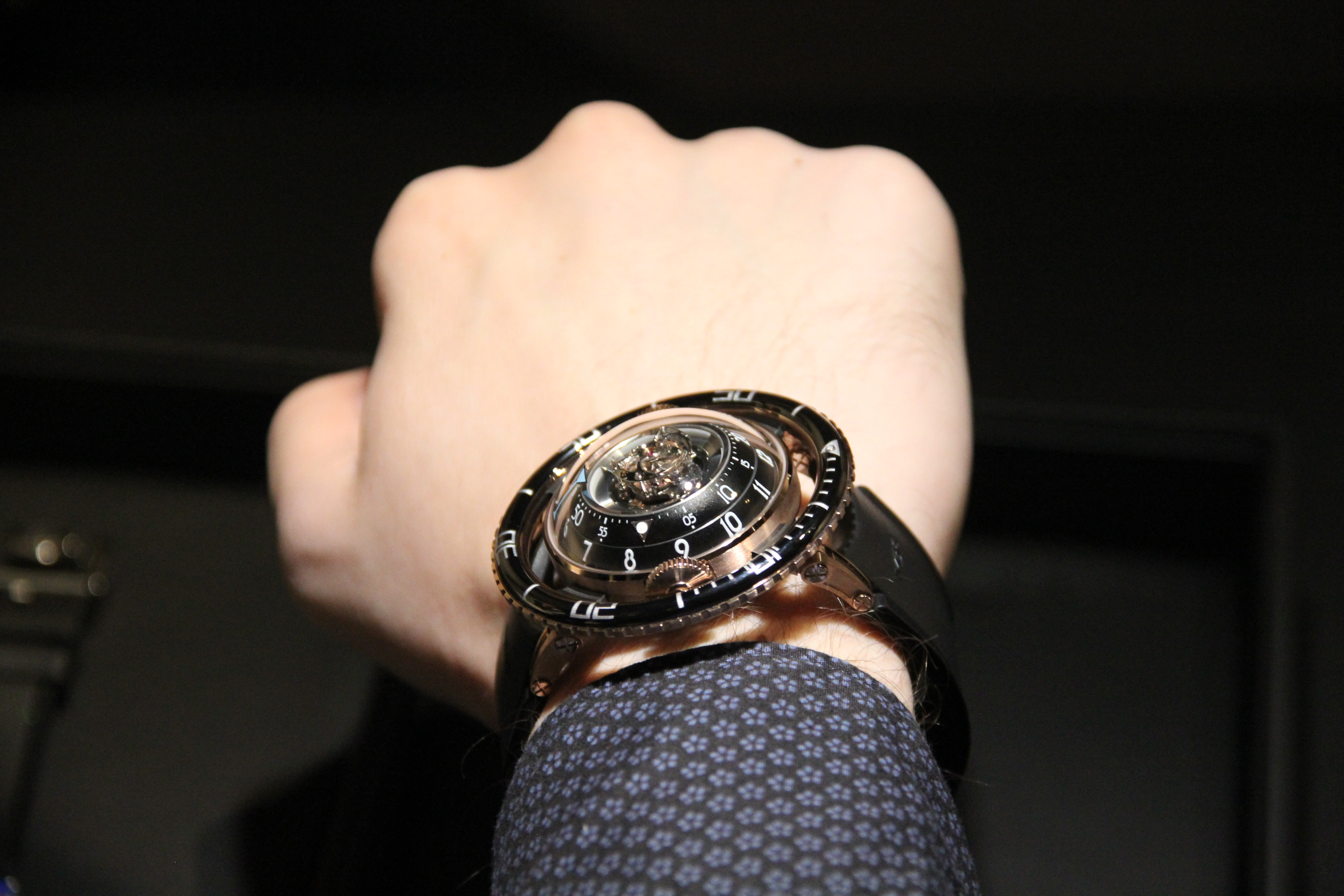 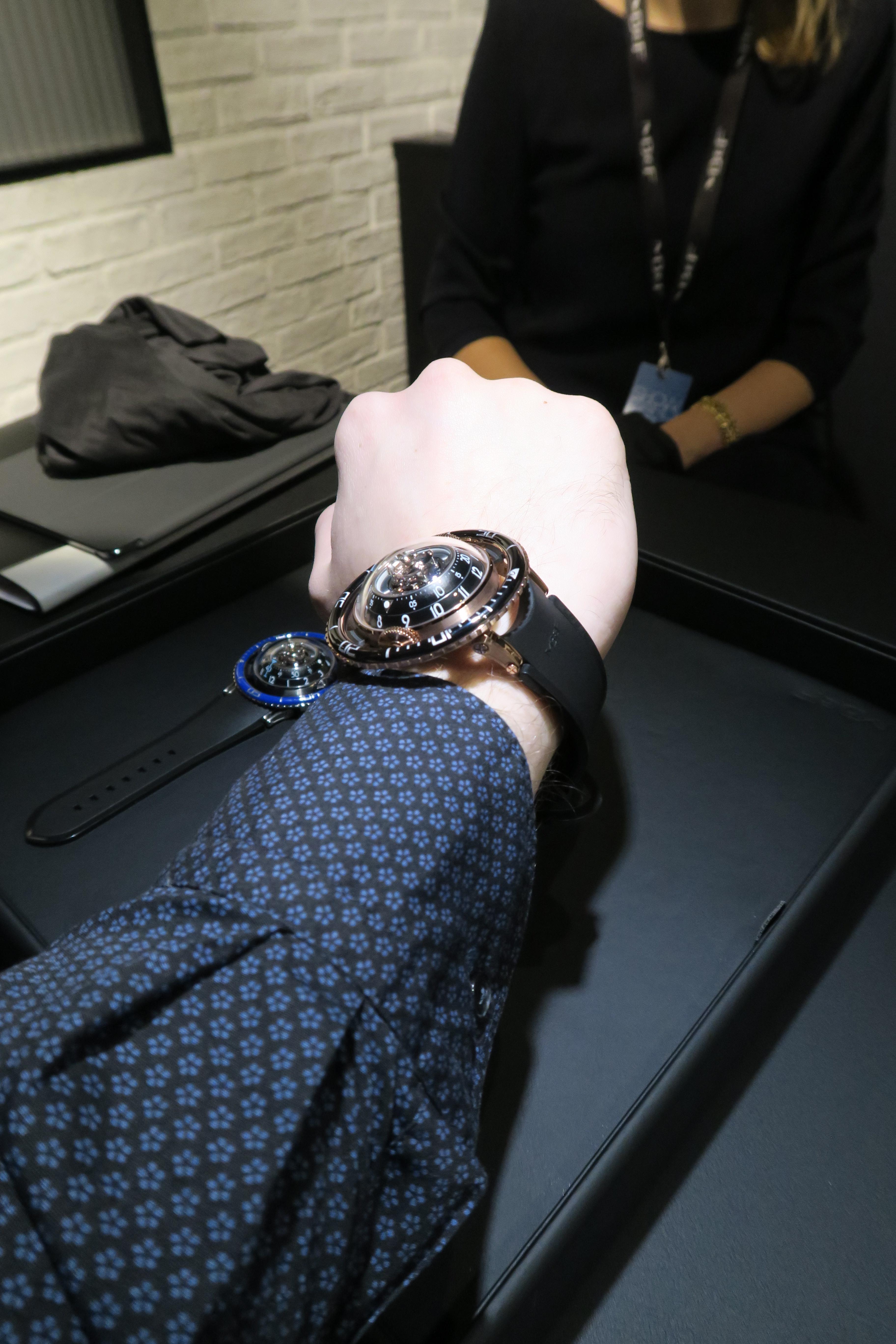 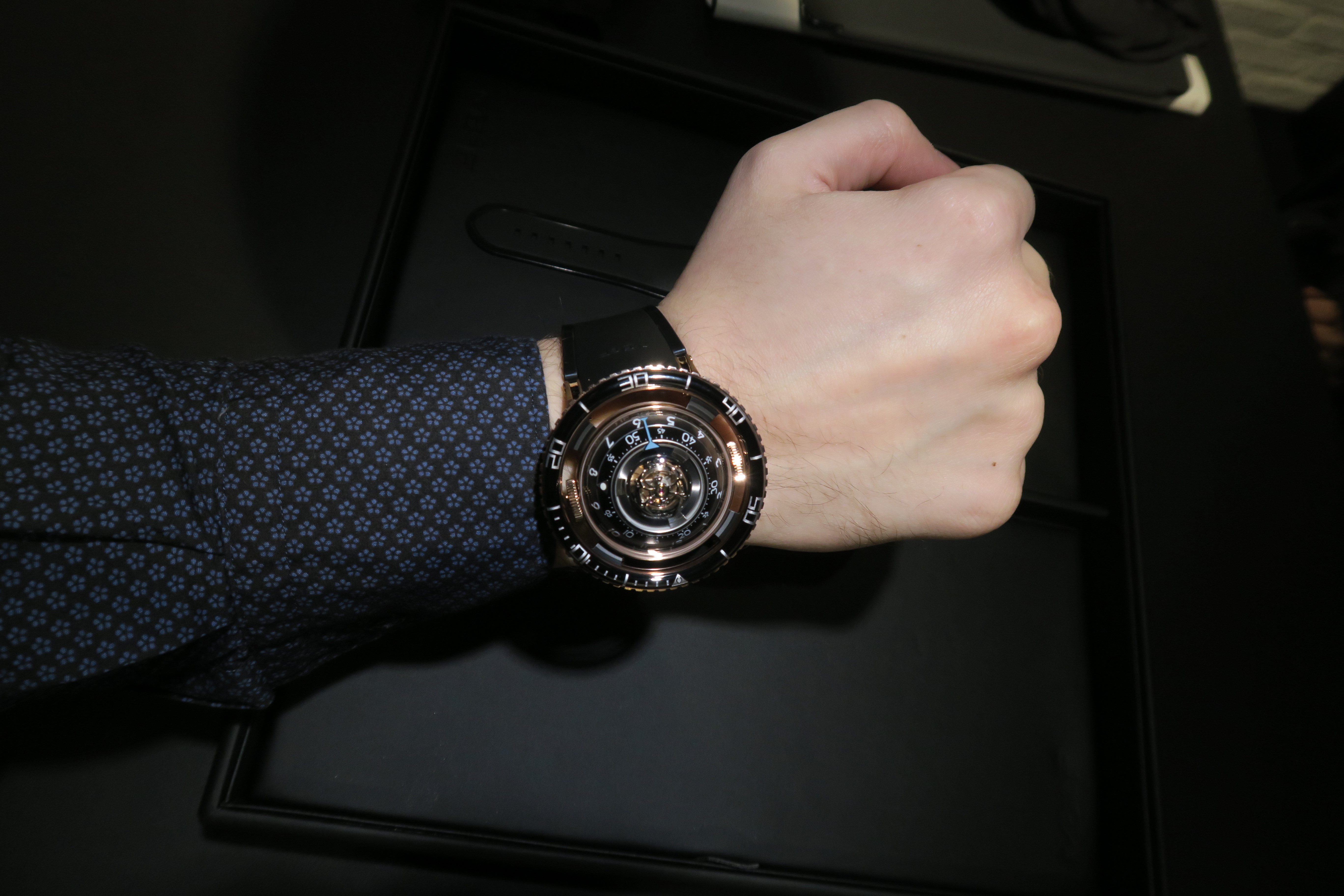 […] new HM6 Alien Nation. Yes, it is based on well-known model, which looks truly unusual. By the way, here you can read review with latest creation from MB&F. Don’t forget to like our Facebook page, so that you can get fresh articles on time. Even […]

[…] find second iteration of the Nixie table clock, which is truly unusual in its design. By the way, here you can read review with watch from MB&F on Baselworld 2017. Don’t forget to like our Facebook page, so that you can get fresh articles on time. […]

[…] is not a watch, because you won’t fit it onto your wrist. Let’s take a closer look. By the way, here you can read review with another unusual watch from MB&F. Don’t forget to like our Facebook page, so that you can get fresh articles on […]

[…] crazy clock. Octopod mimics sea creatures with tentacles, let’s take a closer look. By the way, here you can read article with another recent creation from MB&F. Don’t forget to like our Facebook page, so that you can get fresh articles on […]