Previous Next
Hi!
This time we will talk about new Laco Flieger, which was presented on Baselworld 2017. I hope you remember our previous report, where we tried original replica of the German Flieger, which is also produced by Laco. Well, this time overall idea is a bit different, and you might have noticed this on photos.
By the way, here you can read report with another watch on Baselworld 2017.
Don’t forget to like our Facebook page, so that you can get fresh articles on time. 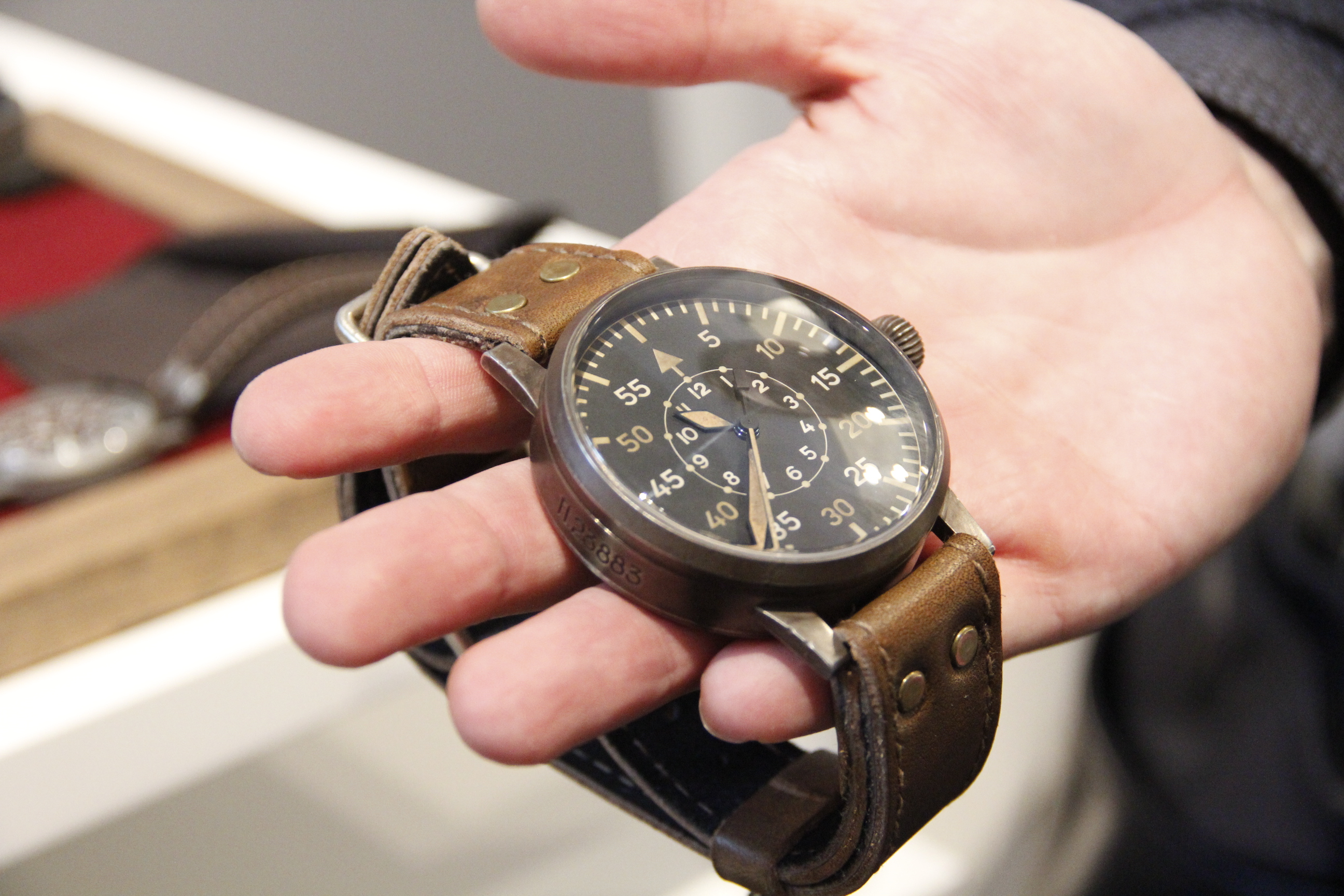 Your eyes don’t lie – new model is released in weathered look, which follows recent vintage watches trend. German manufacturer tried this approach with smaller models first, and now tries the same with copy of original watch, which was used by German pilots. 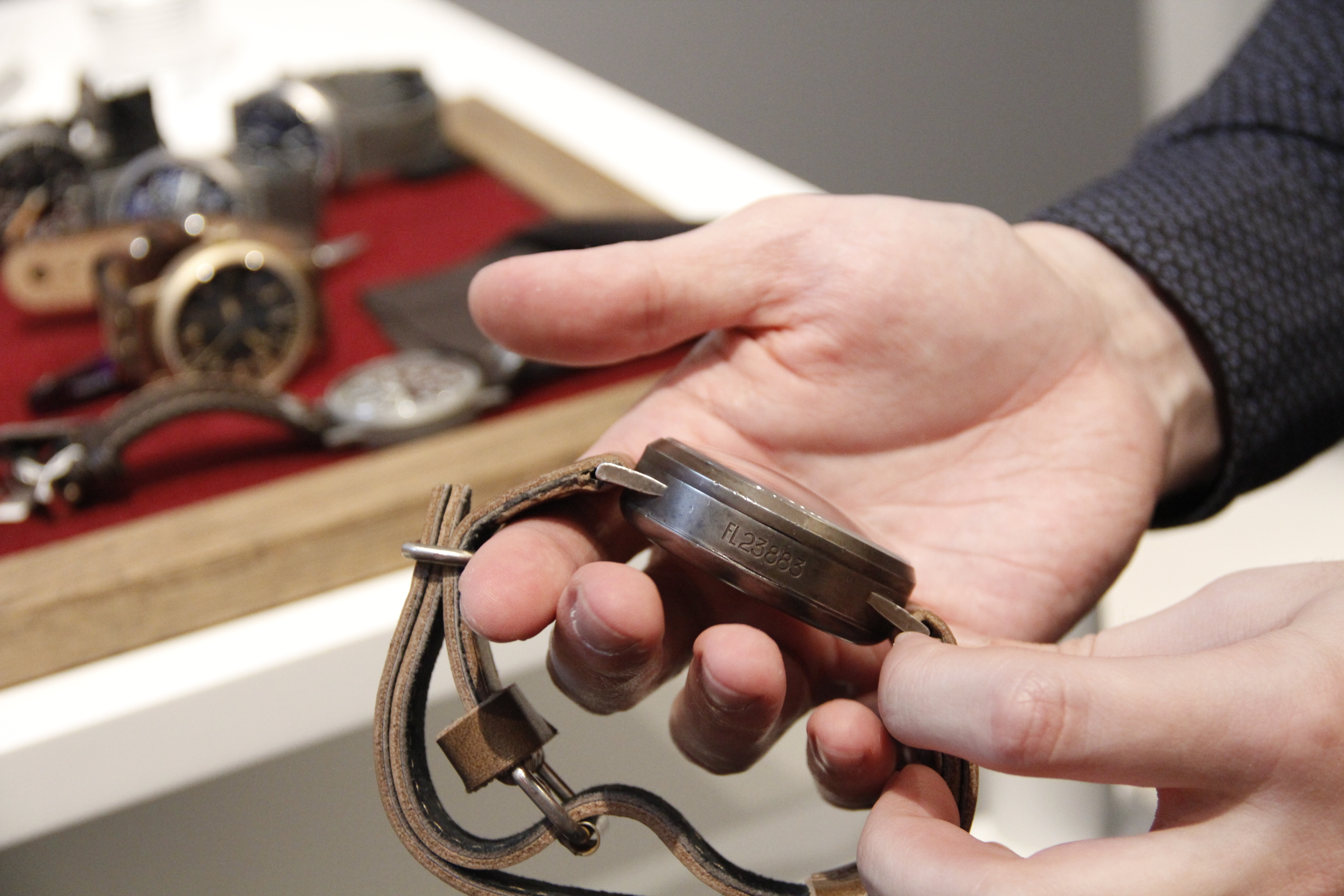 Word “weathered” doesn’t transmit even part of the first impression after you try out this watch. Whole case was covered with patina and scuffs in order to imitate old item. I guess some people might actually consider this watch as real one if they won’t know its real identity. For some watchfans it can be an advantage, because you still get Laco timepiece, but with new internals. Moreover, let’s not forget price of the real flieger. 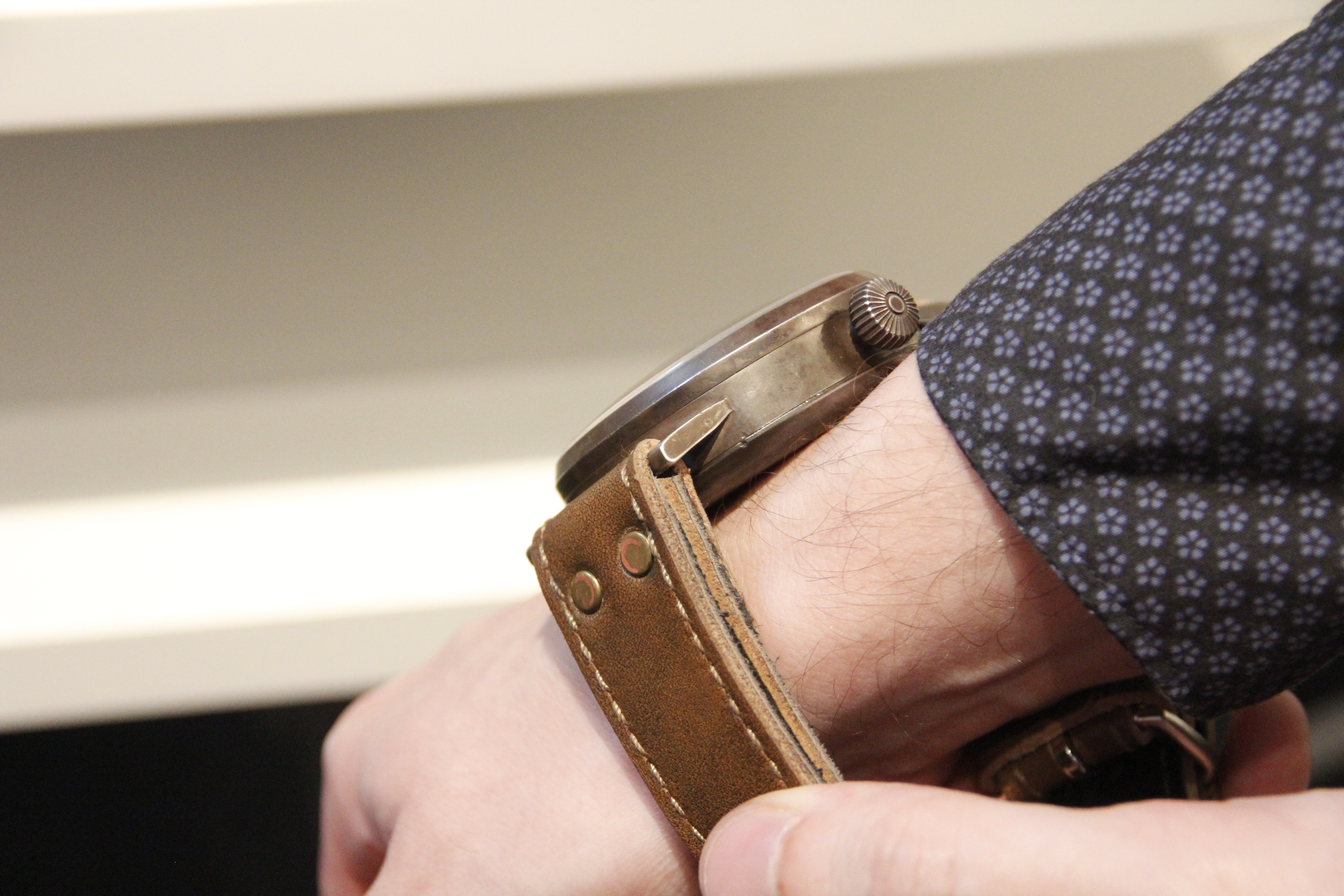 I hope you understand that such watch would look weird with any formal outfit. Moreover, few people will be able to wear it on the bare wrist. Just take a look at wristshots we made. Looks huge, right? I will remind you that such size was chosen because flegers were usually worn around pilot jacket sleeves, which are quite thick. 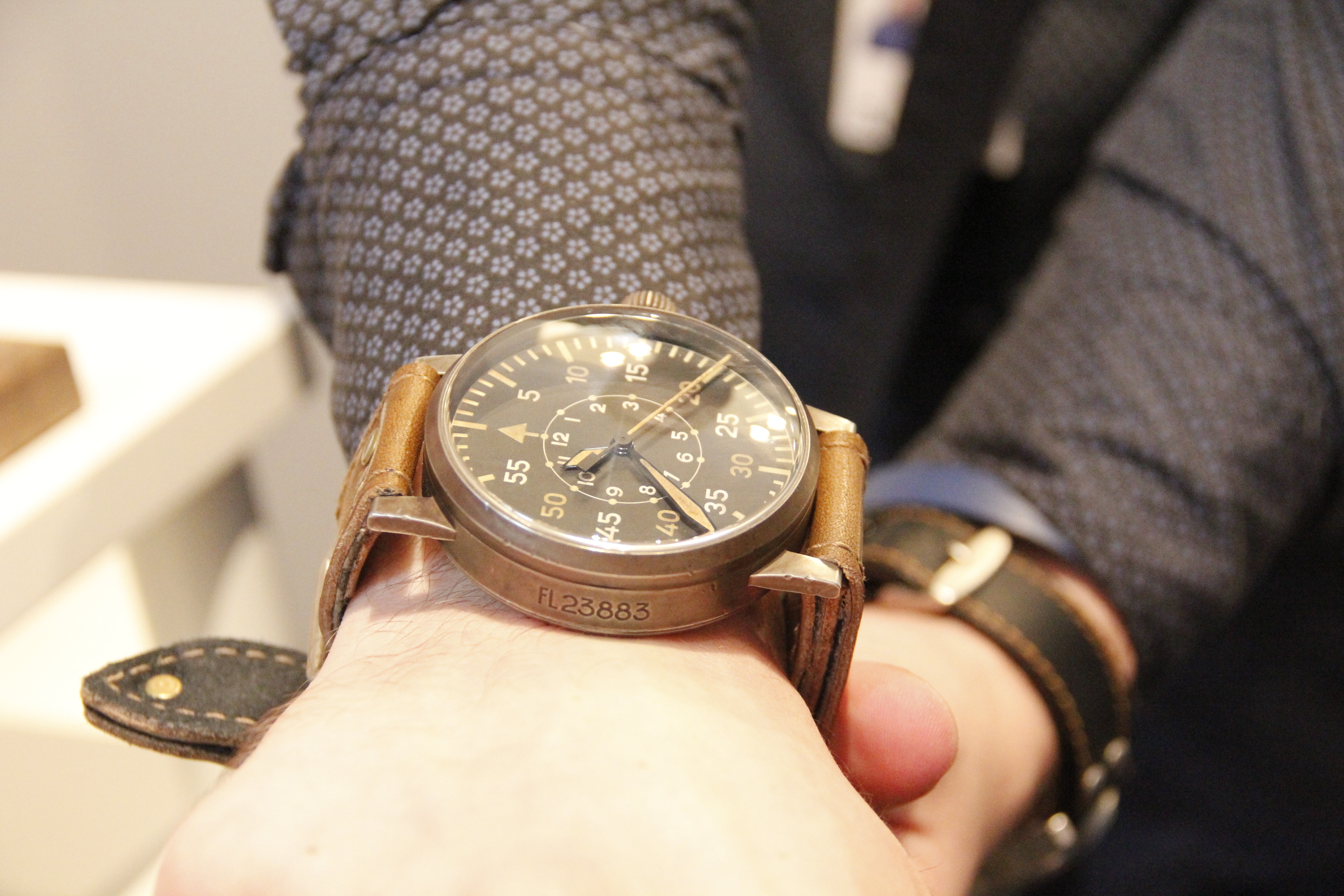 This is not a call to wear big flieger on your coat sleeves, but it’s worth trying this watch in person first. I guess some would buy new model as “shelf queen”, one of the pearls in their collection. It’s not surprising, because unless you are Dwayne Johnson, there is no way those would look ok on your bare wrist. 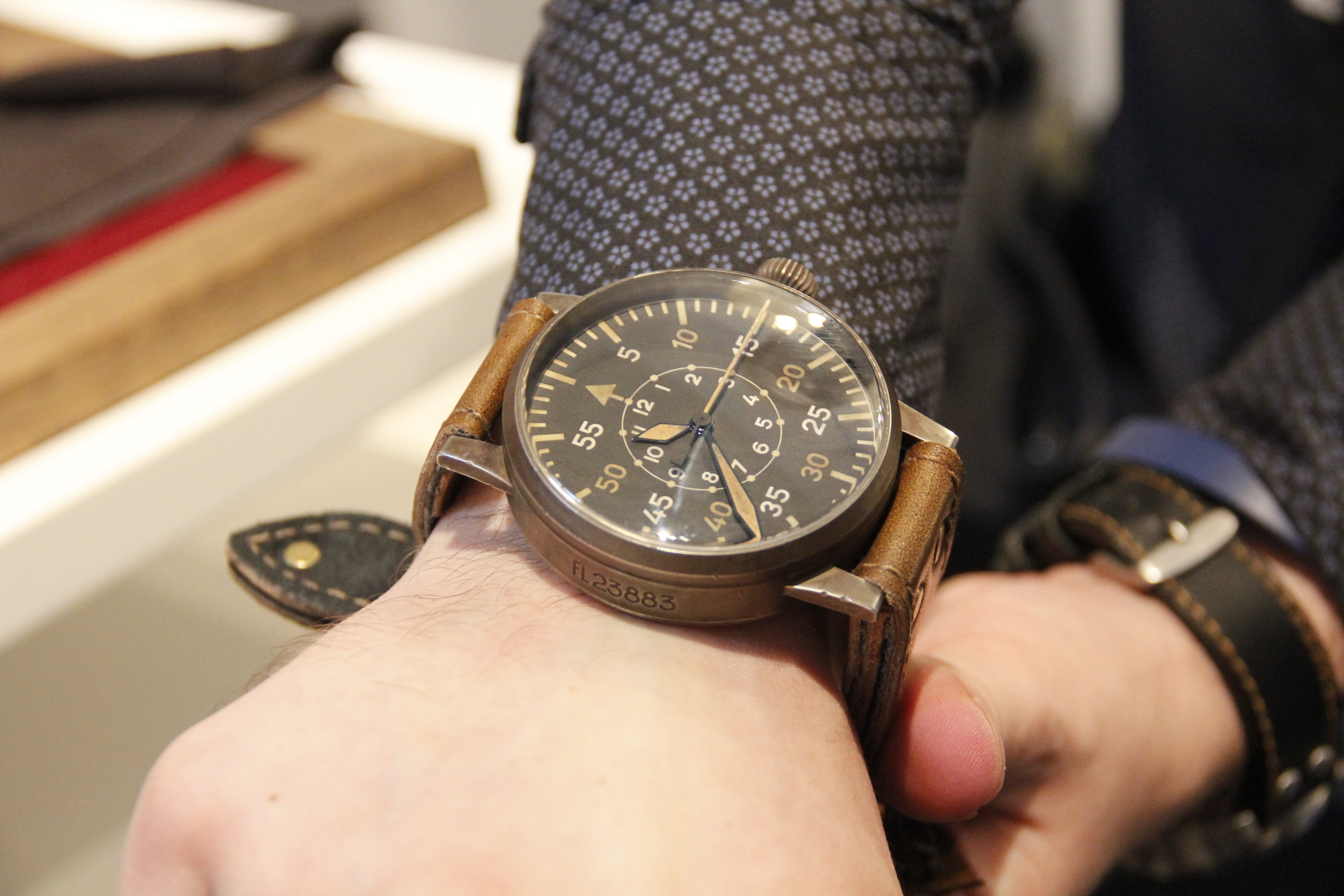 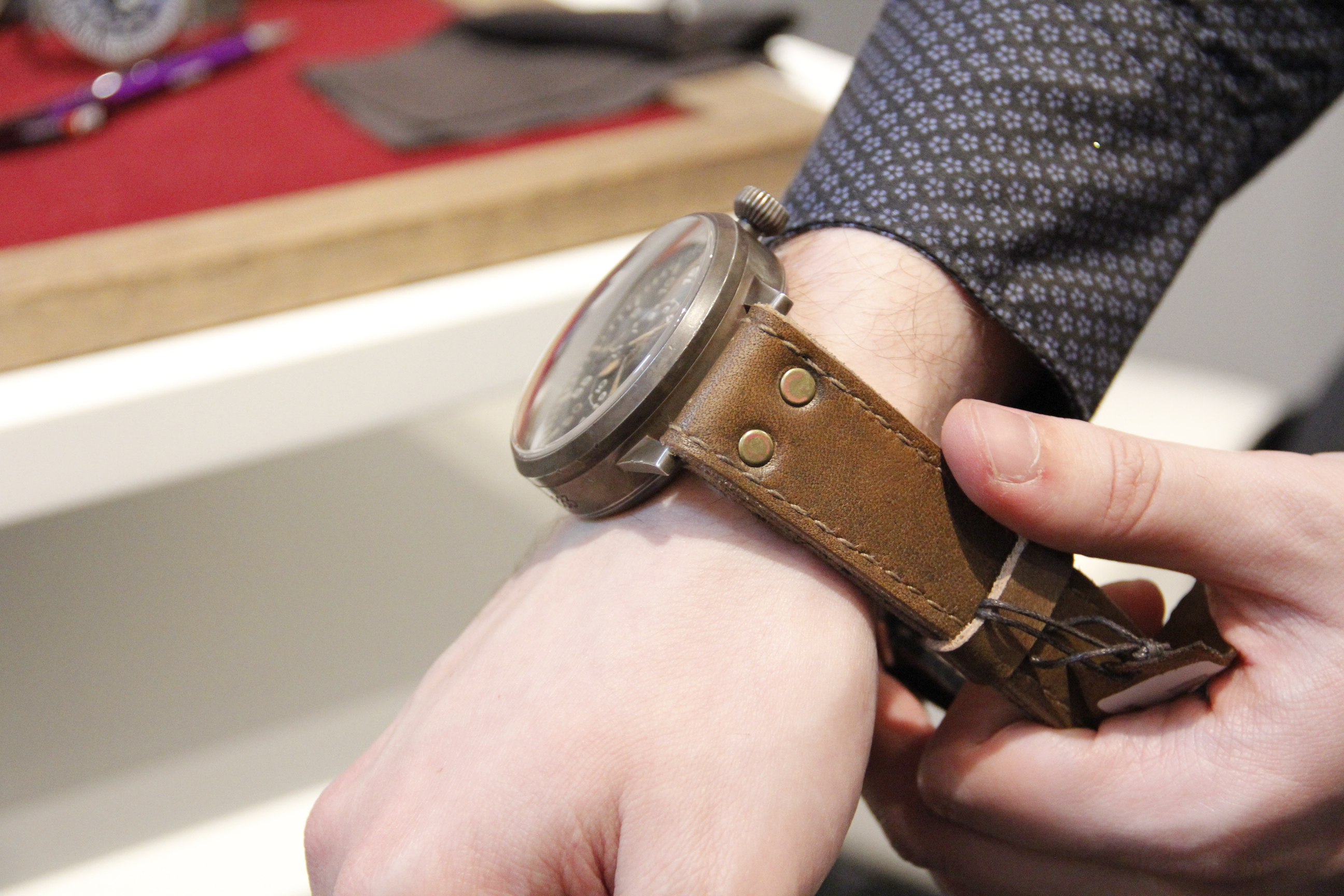 As for the strap, it is also finished in typical flieger fashion, so you will get reliable locking system. There are several locks, which will ensure that watch won’t fall down from your hand.
New model should be available in the end of this spring, and price might surprise some of you. Laco set it at 5000 EUR, so this is a truly rare and precious beast. You can say that there are a lot of comparably priced alternatives from other companies, but few were originally supplying watches to Luftwaffe pilots. I am sure that Laco knows the best how to do fliegers, and this watch is not an exclusion from mentioned rule. 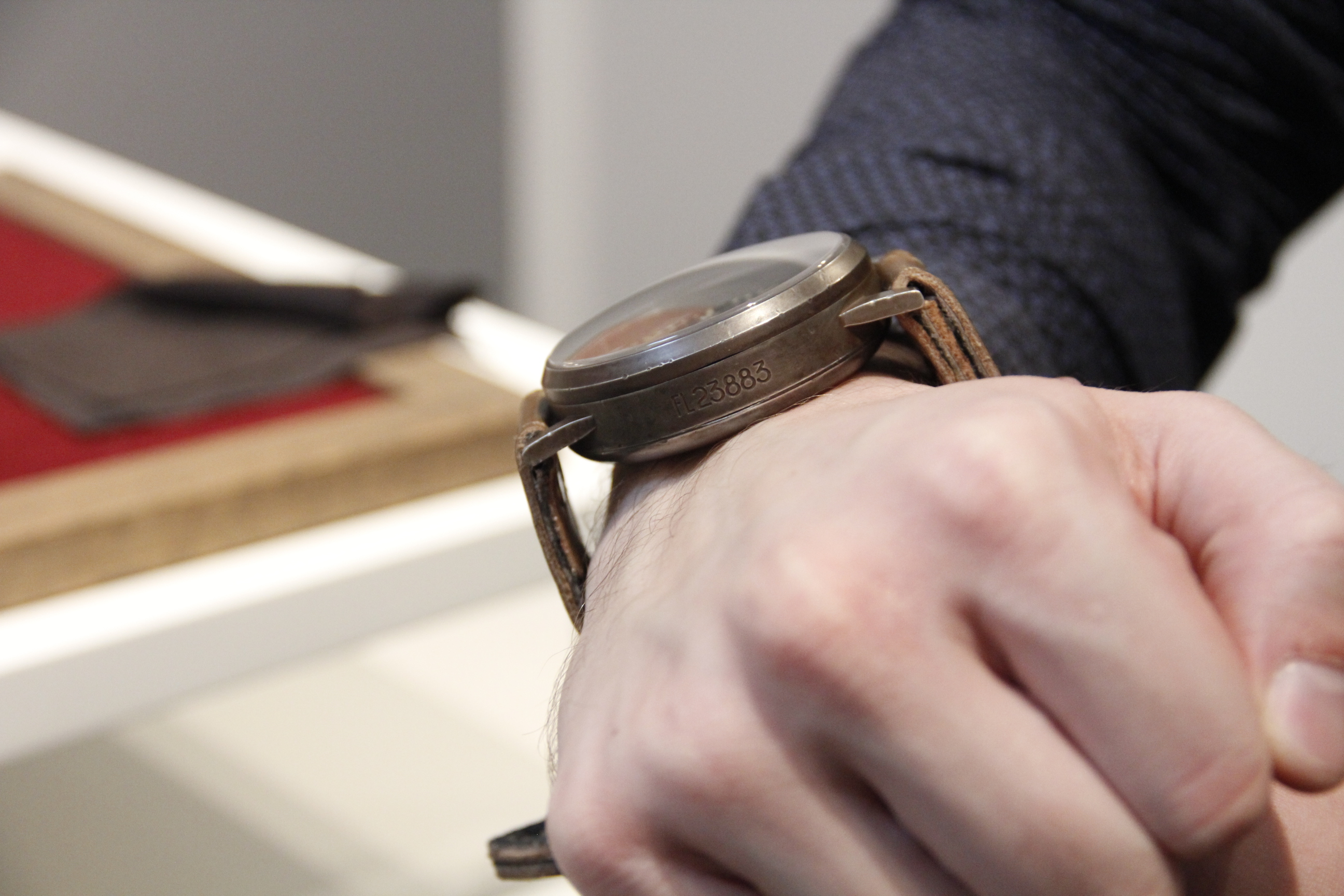 […] it on Baselworld 2017, and we’ve had a chance to play with both versions. By the way, here you can find report with another Laco novelty. Don’t forget to like our Facebook page, so that you can get fresh articles on time. Of […]