Previous Next
Hi!
Today’s report from Baselworld 2017 is dedicated to the new Eberhard Chrono 4 130. Last number stands for anniversary, which is celebrated this year, so watchmaker decided to issue limited run of their Chrono 4 model.
By the way, here you can read review with another watches from Baselworld 2017.
Don’t forget to like our Facebook page, so that you can get fresh articles on time. 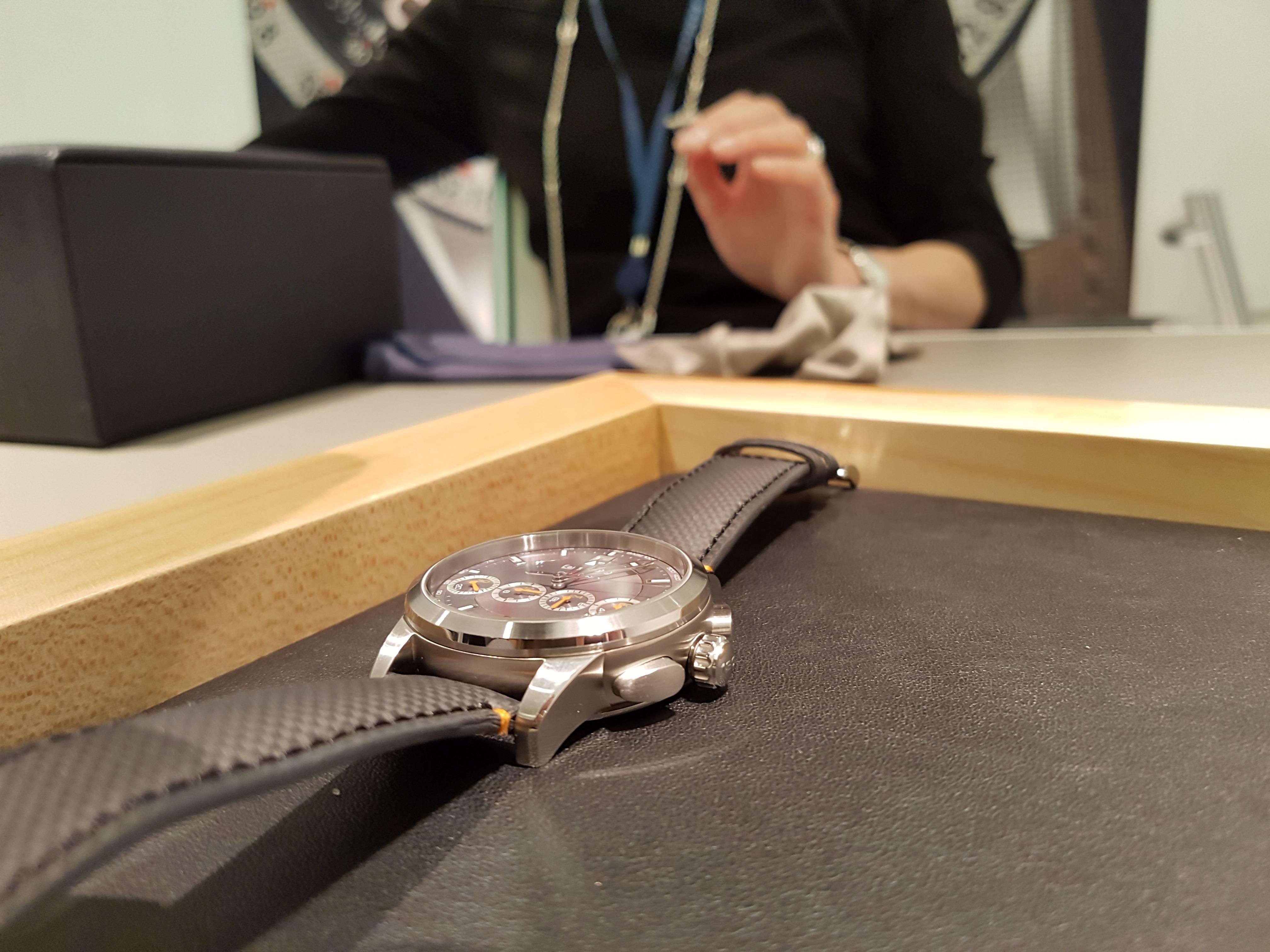 Eberhard Chrono 4 130 is based on well-known model from this manufacturer. Those four dials are patented and can be found only on watches from Eberhard. Swiss watchmaker decided to celebrate its anniversary by releasing special version of their famous model. 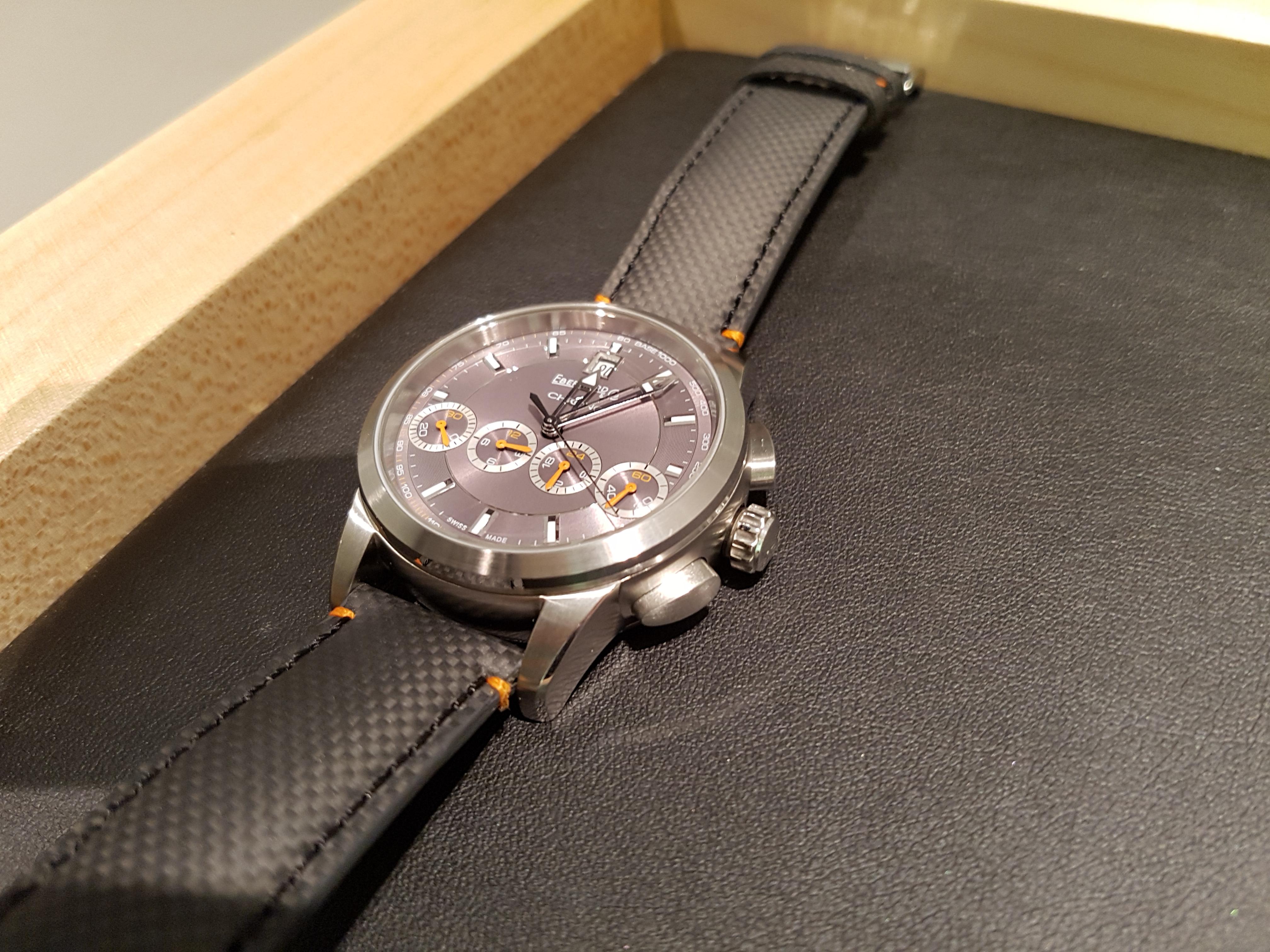 Surprisingly, newcomer should be available in several colors, there will be three choices. Watch comes in nice 42 mm case with satin bezel finish, which looks nice in person. I recommend to watch our video, so that you know how it looks in reality. Commemorative edition is adorned with 130 symbol on its crown, and there is no word on watchface. 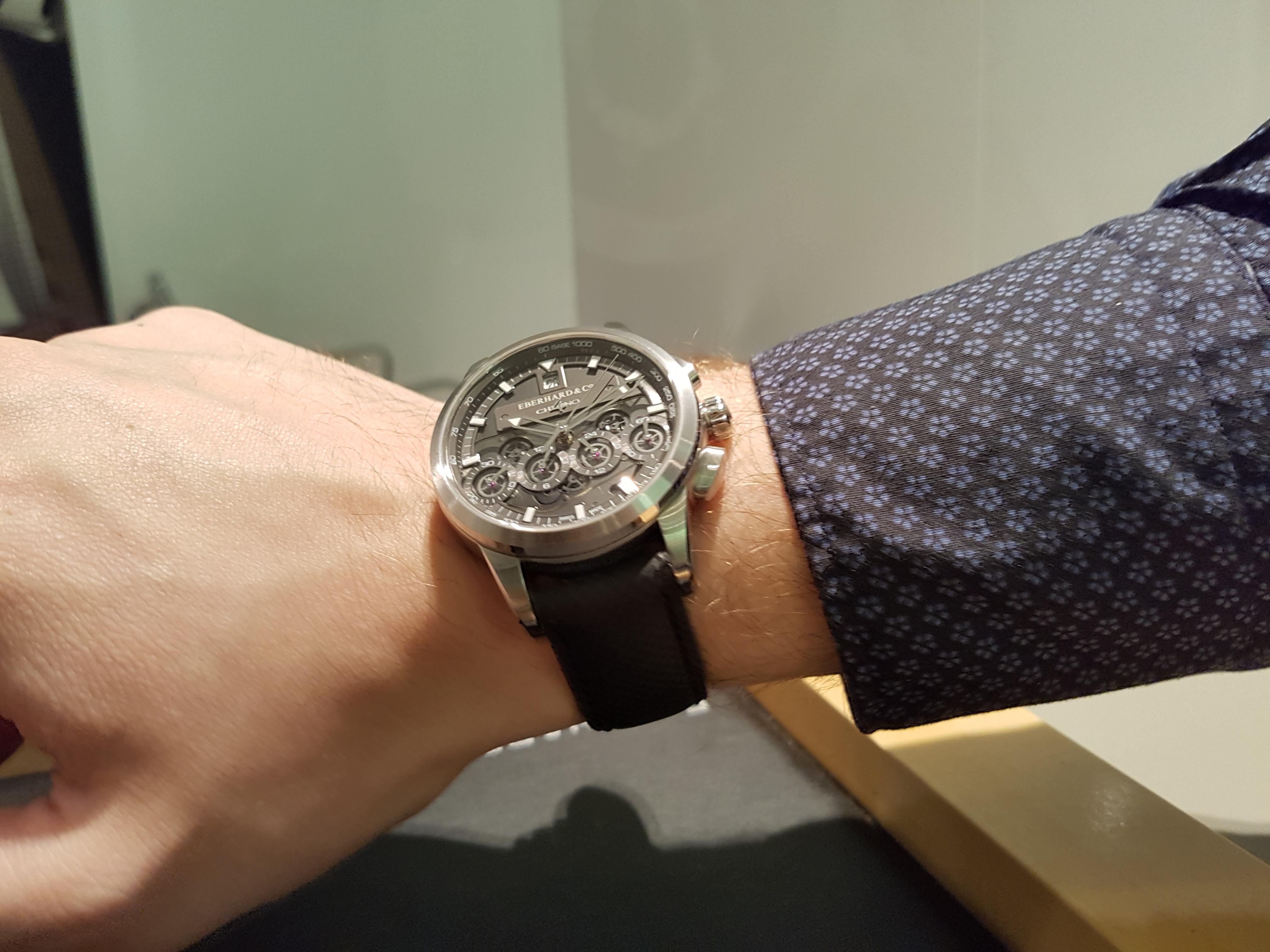 Well, we can consider it as an advantage. Eberhard Chrono 4 130 doesn’t scream about its special nature. No, instead watch offers nice calm design, which looks classic and should be suitable in different situations. Note that all three types come with grey-black carbon wear strap.
Some might complain that they would be happy to spend more to have something even more special, and they were heard by watchmaker. Yes, there will be limited run of Eberhard Chrono 4 130, which should be issued in 130 pieces only. Here case features the same dimensions, but there are noticeable differences with standard edition. 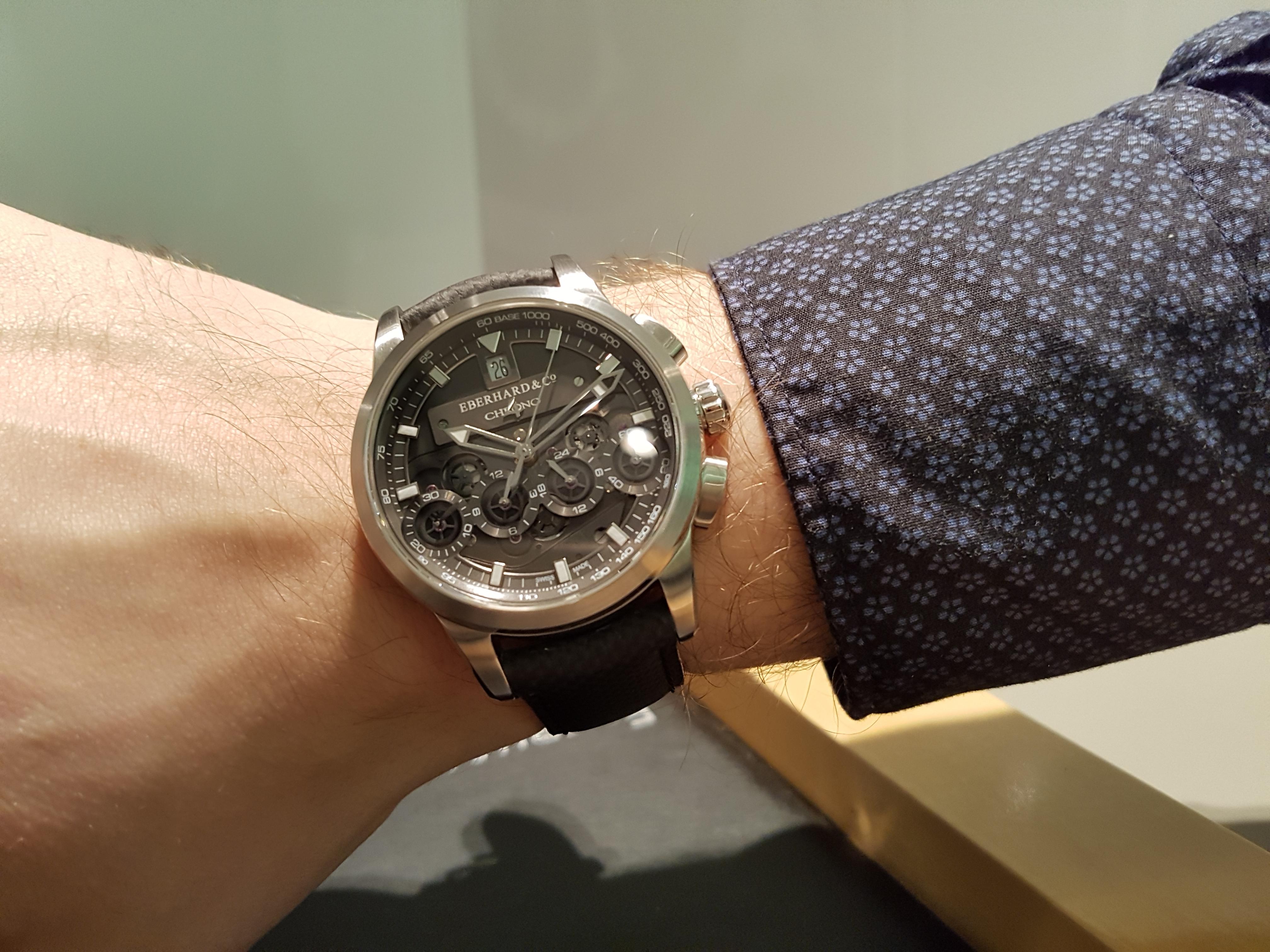 First of all it is difficult not to see black dial color, which makes watch a bit more sophisticated with all those silver accents on it. Next is skeletonized design, which exposes inner details. Attention to minor features can be traced in black PVD coated inner components, what creates unified look of the dial. Just take a look at photos – this is one of the most discreet skeletons I’ve ever seen! Obivusly such feature should be considered as an advantage, because watch looks even more expensive. 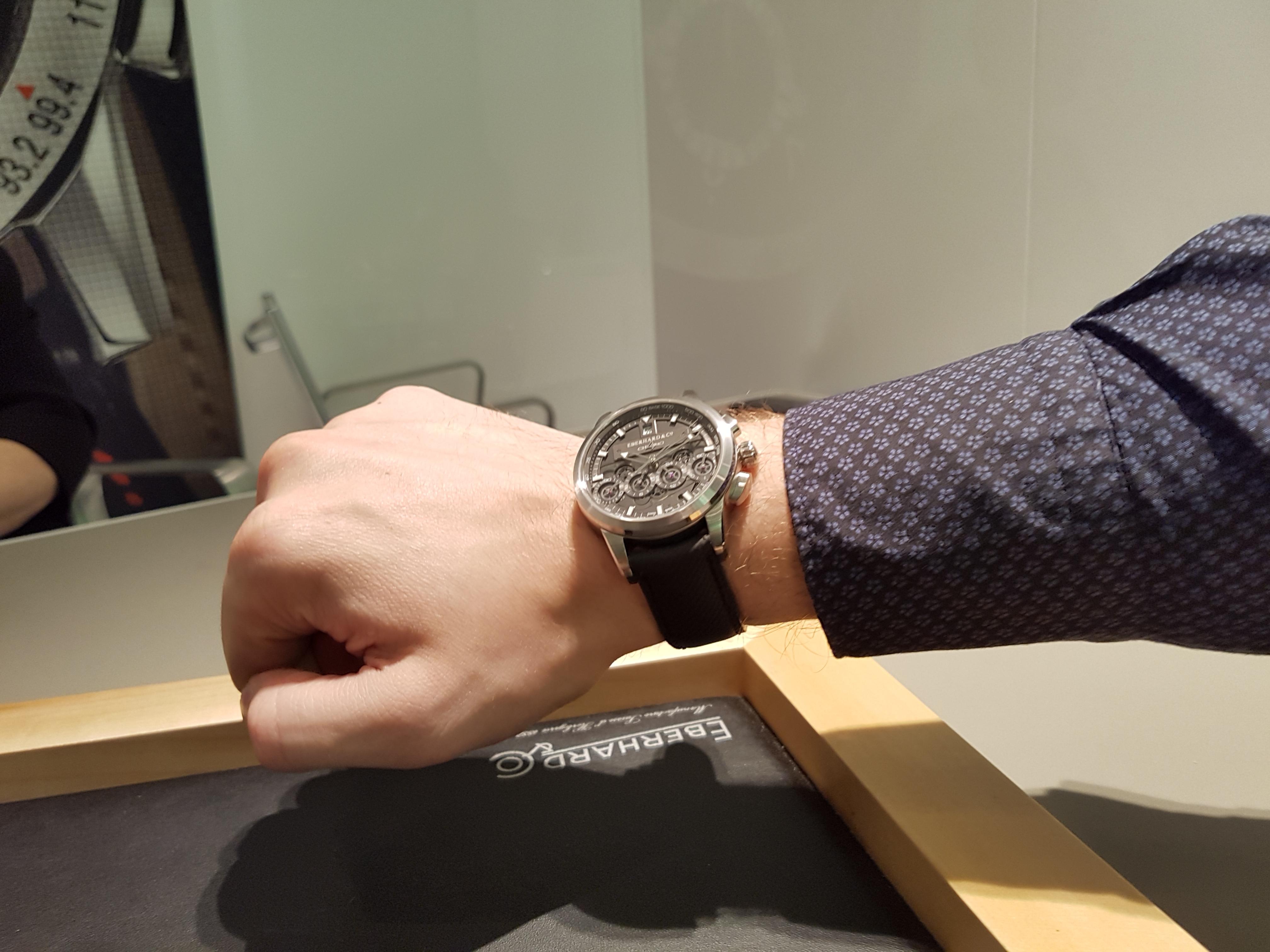 Nevertheless, there will be only 130 pieces available, so I would recommend to hurry if you want to add this beauty to your collection. As for the standard type, it will be produced without any limitations. Chrono 4 is certainly not a typical watch, but those editions make it even more special. 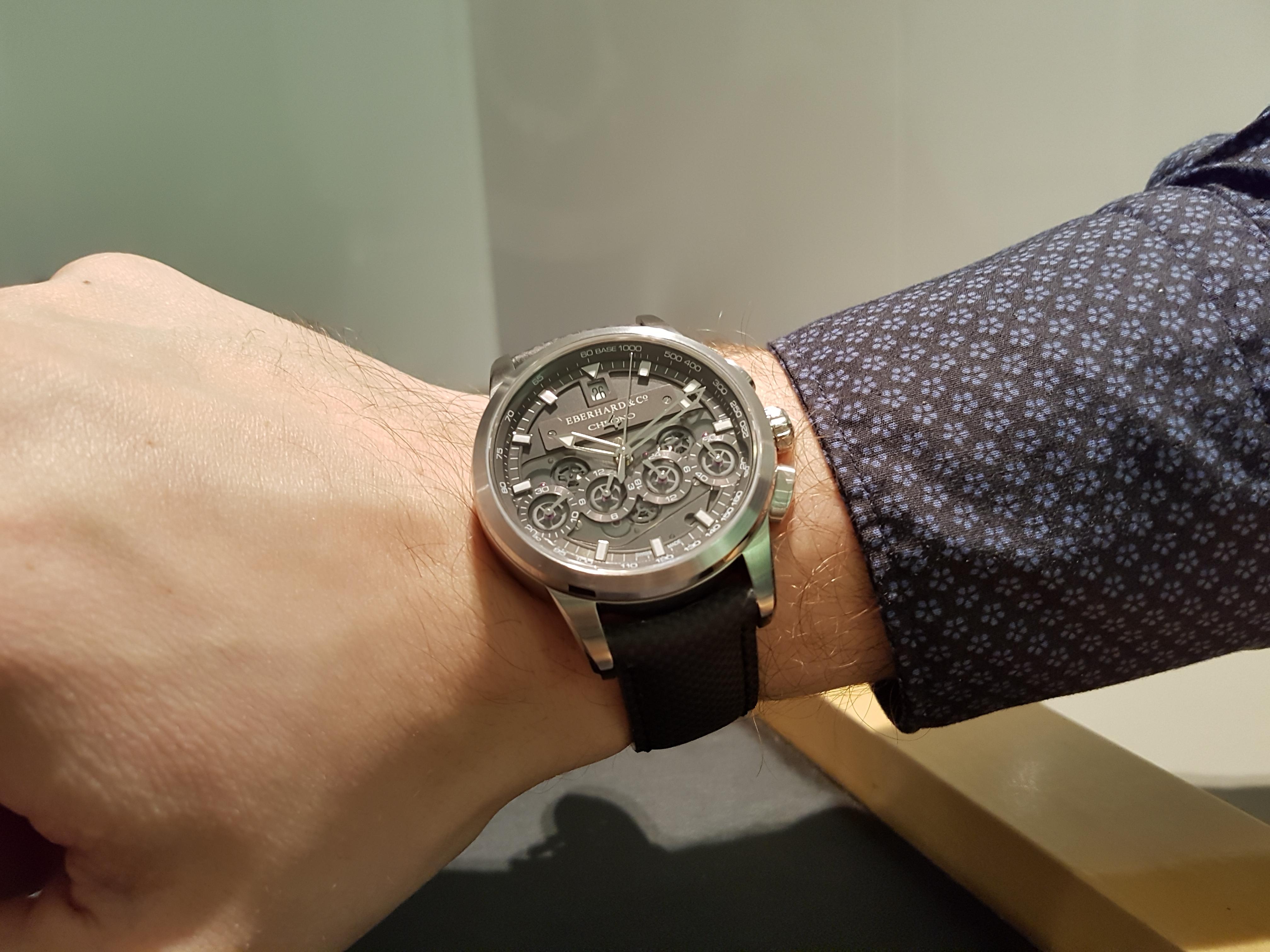