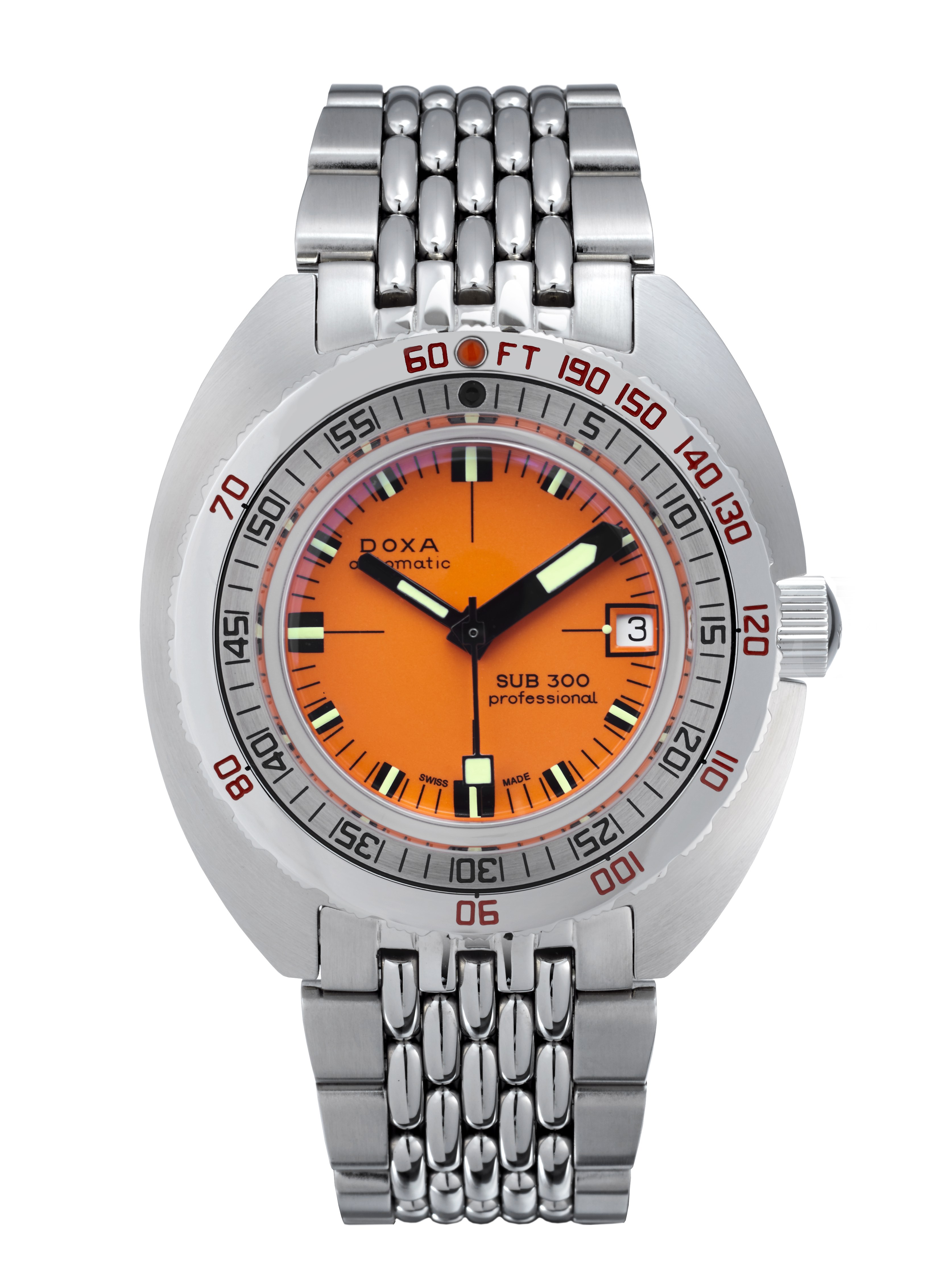 Straightaway I have to say that on last BaselWorld we didn’t have a chance to visit Doxa stand, but we will try to correct it this year. Today’s article is dedicated to the newcomer from this company, which is well-known for some watch fans. Doxa Sub 300 is a diver watch, which was created in 1967, so it’s not just another model for deepwater use, but almost legendary timepiece, well-known in professional circles.
Don’t forget to like our Facebook page, so that you can get fresh articles on time.

Nevertheless, new models are slightly different from what was released in the beginning, and therefore Doxa decided to produce exact copy of the original Sub 300. Newcomer is named as 50th anniversary Sub 300, which will be priced at 2490 USD and available in November. As you can see on the main photo, all canonical features are carefully copied – orange dial and large case with red numbers. Nevertheless, there will be two other color combinations available for your choice. On the photos watch looks quite vintage, not like something new from 2017, so we can say that Doxa succeeded in replicating its original diver. Moreover, strap is also finished with unique “beads of rice”, which were on the predecessor, together with special extending mechanism for wetsuit.  Now let’s wait for the commercial release or Baselworld in order to try this watch. J 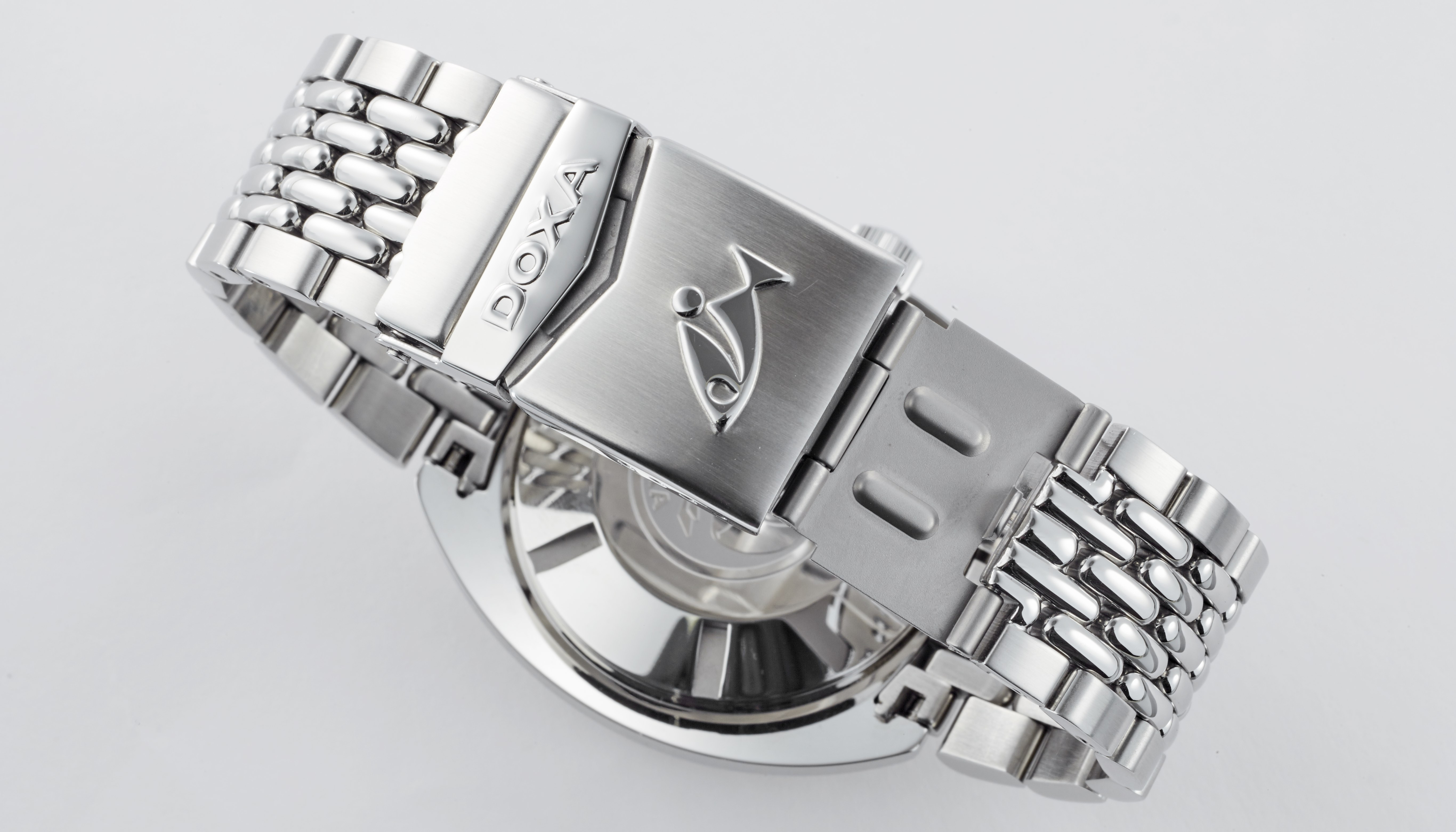