Just when all fans were thinking that next-gen roadster from BMW will be called as Z5, company decided to present new BMW Z4 2017 Concept. First of all I recommend to take a look at photos, and then we will continue.
By the way, here you can read report with another new car, which will be presented soon.
Don’t forget to like our Facebook page, so that you can get fresh articles on time.

BMW Z4 2017 Concept brings new era of design to German manufacturer cars. From now one each newcomer will have sportier and even more aggressive appearance. New model was presented on Thursday on Pebble Beach Concours D’Elegance, which took place not far from San Francisco. It is safe to say that German manufacturer decided to choose such event in order to gather feedback from those who have more expensive state-of-art cars. Even though new cabrio won’t see the light until 2018, I doubt that there will be huge changes in appearance. Therefore it’s safe to say that new Bavarian cars would look even more weird. I was happy to see style calmness in the latest 5-Series, but this roadster just breaks everything in order to look “aggressive”. 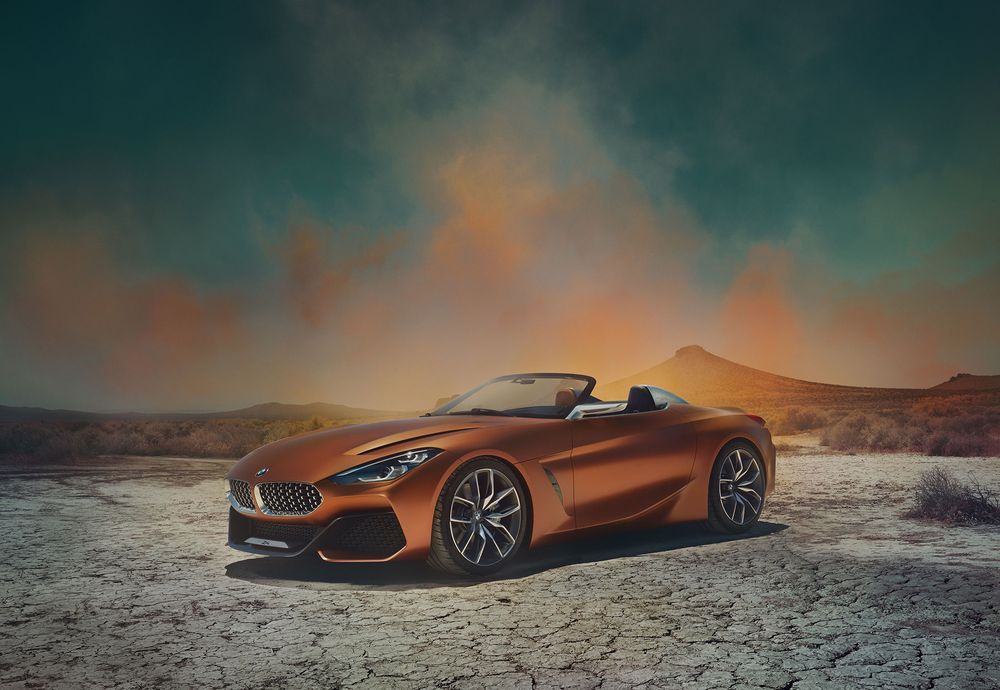 Yes, “shark nose” was present on Bavarian cars before, and BMW Z4 2017 Concept is not new in this. Nevertheless, it looks like a mash-up of different design cues on one car body. Huge air intake kidneys are placed together with even bigger side vents. Of course, those parts (vents) will be smaller on production car, but still it looks like tasteless combination of random scribbles, which doesn’t even has any relation to famous classic with “shark nose”. Vertical headlights also don’t bring even smallest association with some old model from BMW. Where are those famous “circles” in headlights?! Sides are also muscular and edgy, so it should be interesting how designers will add door handles in production version. I remember everybody crying with latest Italia from Ferrari, so get some popcorn before launch of this cabrio. While Z-series was avanpost of design experiments in BMW, this one seems too tasteless, and I doubt that it will look better with years. Just look on Z4 made with Bangle – this one gets better with every year passing by. 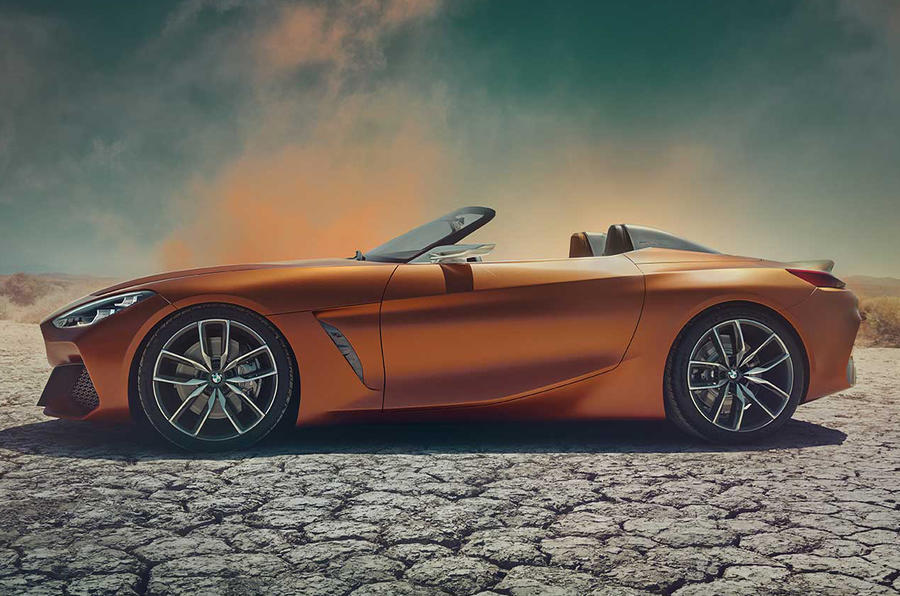 Just to remind you, new Z4 will be created on the shared chassis with Toyota coupe, and it will be interesting till which point they are unified. I truly hope that BMW won’t accept simple rebadging of interior with steering wheel replacement, and we will see new design both outside and inside. Nevertheless, seeing all those lines outside I am worried about cockpit in this car and other future BMWs. Please, return angled dashboard! There is also no word on which roof will be installed on the new model. I would bet on hardtop, especially after you consider what is used on current generation. 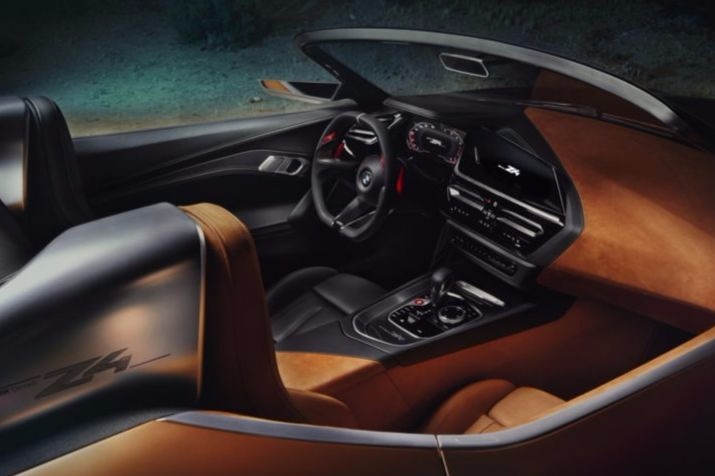 One can guess that such desperate measures are used in order to tackle Mercedes and its rise on the luxury market. Well, I wonder if BMW listens to its own fans or will just race for numbers in order to overtake Stuttgart rival. Let’s hope that final version will be teased on Frankfurt Car Show this year.

[…] interesting to start from classic Porsche, let’s check what newcomer has to offer. By the way, here you can read article about another interesting car. Don’t forget to like our Facebook page, so that you can get fresh articles on […]

[…] Coupe is quite strange genre, but this time we get combo of all possible design cues. By the way, here you can read about another recent BMW. Don’t forget to like our Facebook page, so that you can get fresh articles on […]