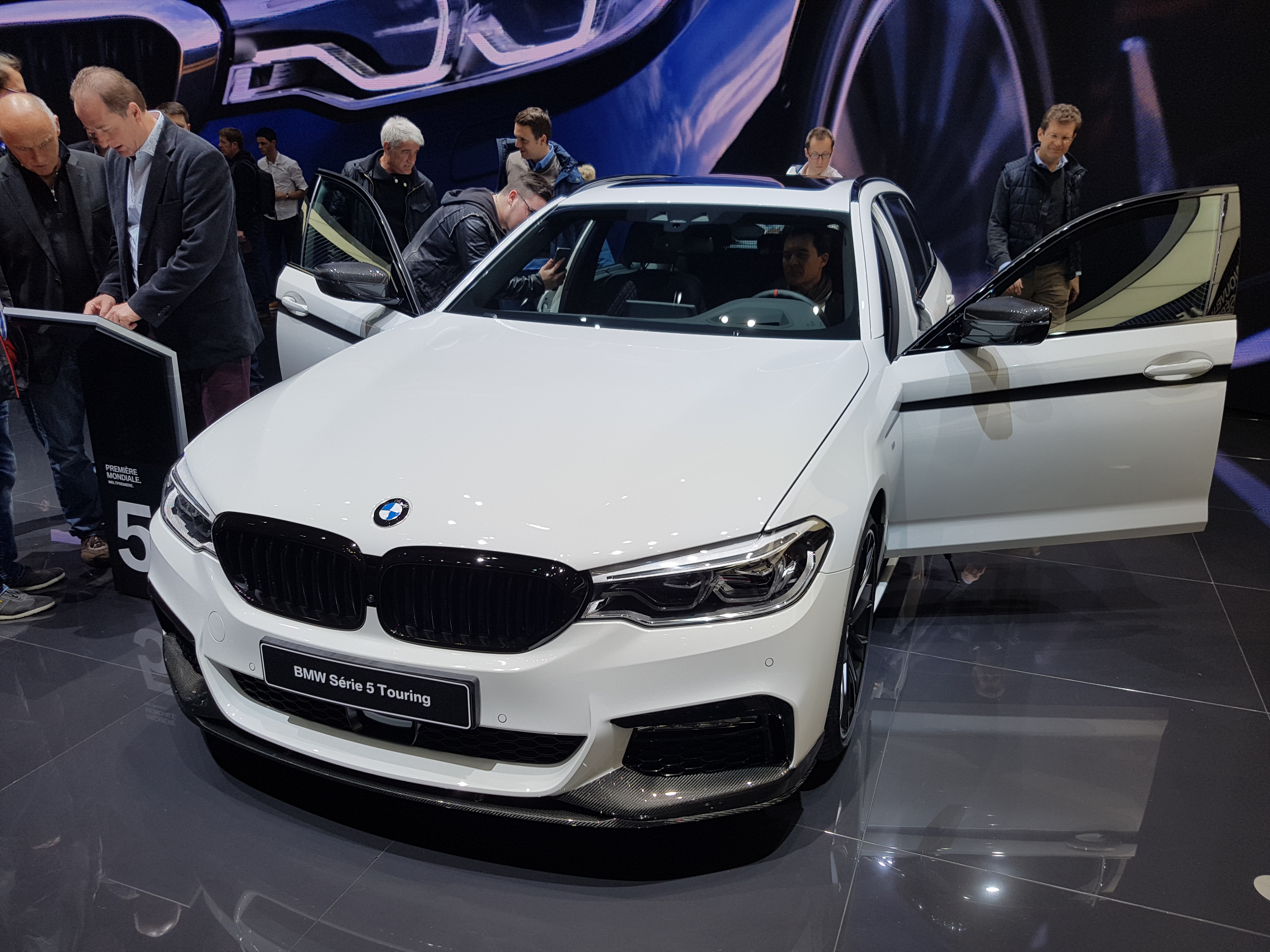 Every motorhead knew that BMW 5-series Touring will be presented in Geneva, so there was no surprise to see it on the stand. Nevertheless, car was interesting to check closer, and see how Germans achieved such sleek design with such huge car body.
Don’t forget to like our Facebook page, so that you can get fresh articles on time. 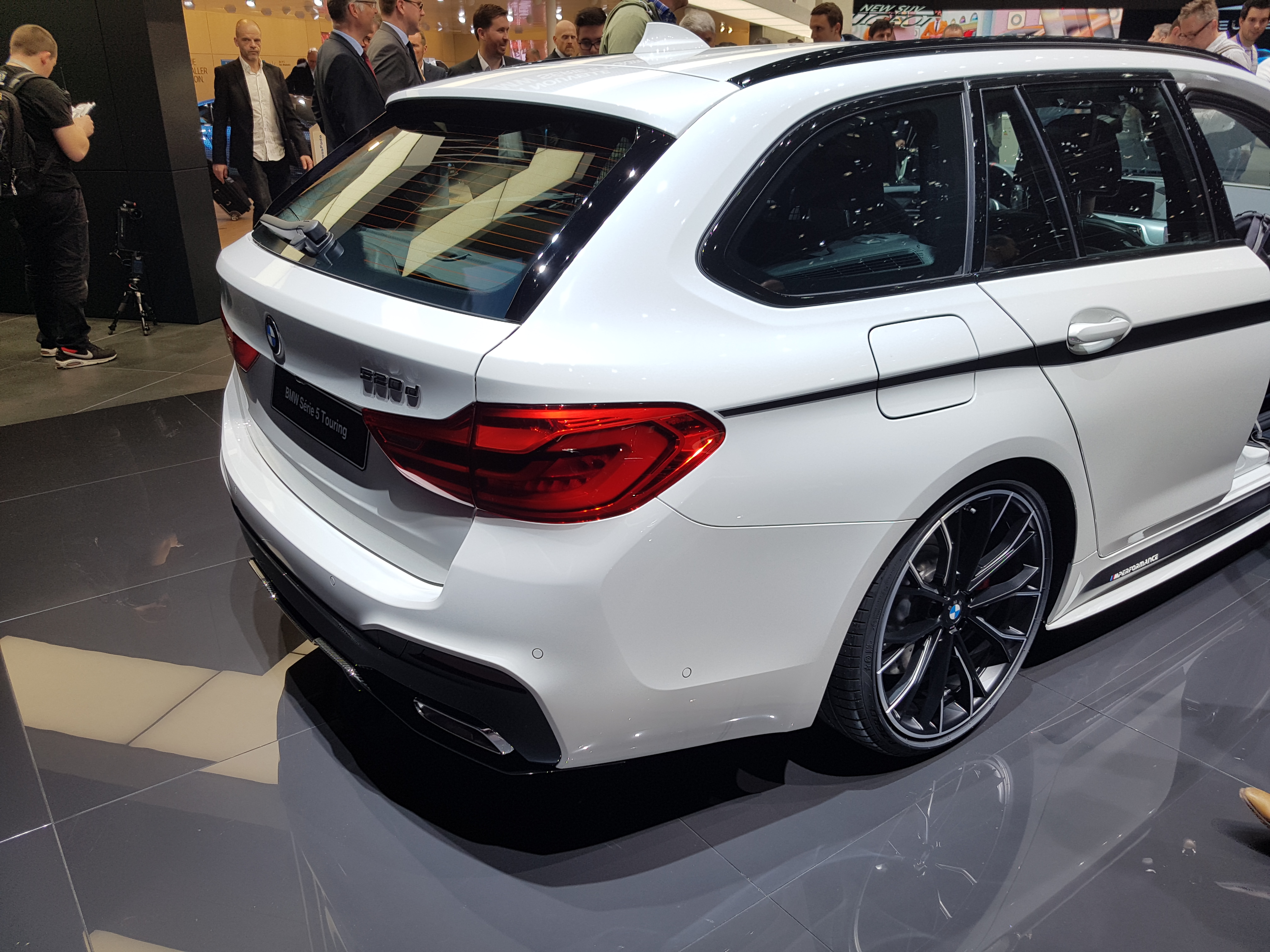 Newcomer was available in several versions, and even more surprising was the fact that Alpina also presented their version at the same time. We will cover it in the separate article, now let’s focus on BMW 5-series Touring. First of all, I have to admit that design of this car looks excellent. Everybody is trying to produce tourings around four-door coupes, while BMW quietly outs their version of 5-series, and it looks stunning to say the least. Photos were nice, but in person it looks absolutely great, maybe even better than original 4-door version. Again, I will repeat that BMW 5-series Touring is even longer than saloon, but still manages to look dynamic and light. This is one of the most beautiful tourings, which I saw in my life. 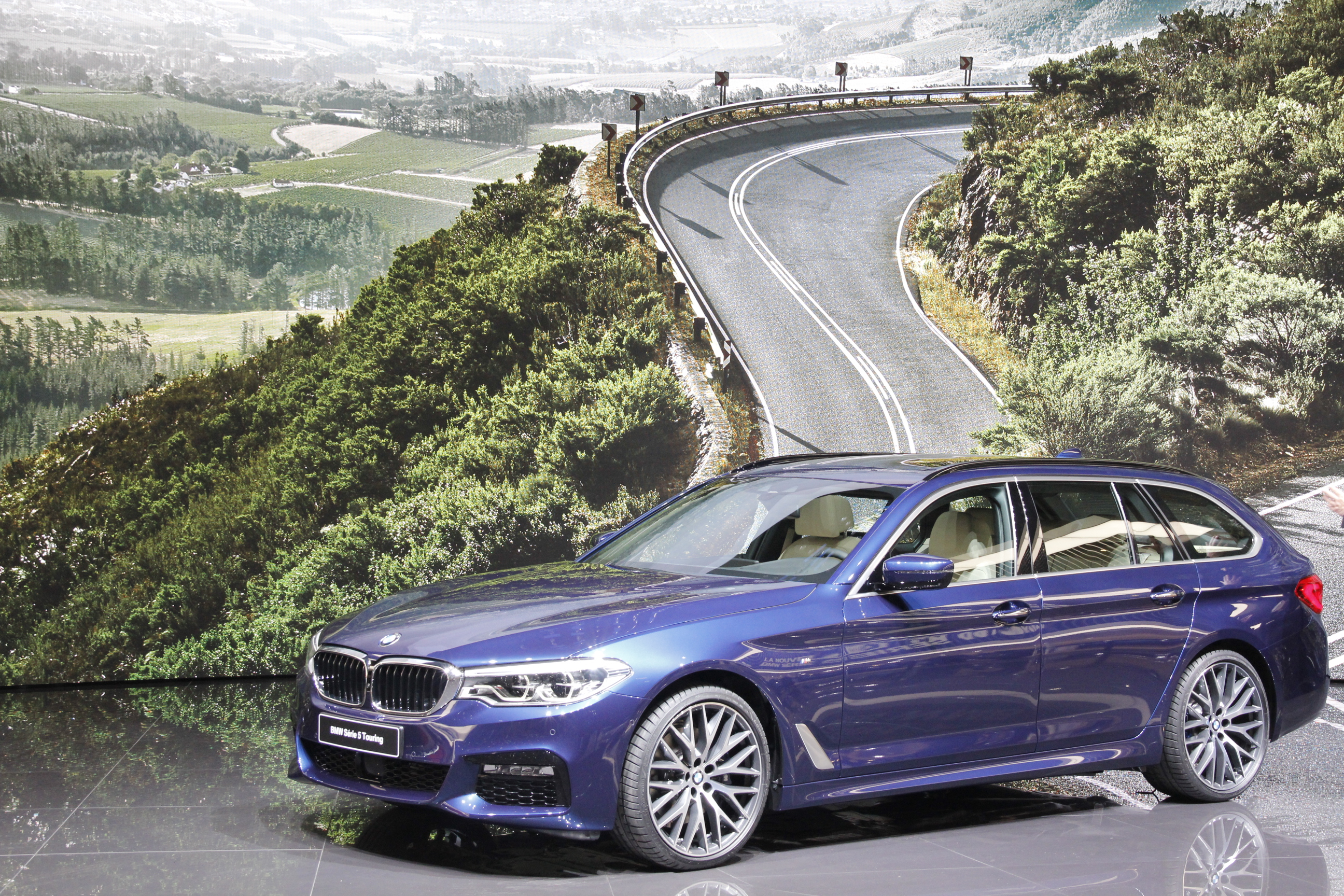 Of course, inside it’s absolutely similar to saloon, so you won’t spot a difference if I would post photo from 4-door version. I doubt that there will be M5 version in this type of body, but at least we should have M550, even though it wasn’t announced officially. Note that manufacturer claims developing new model specifically for the EU market, where it’s popular. We all know that European roads are curvy and twisty, so you can expect interesting driving experience on the new model. Moreover, some of the suspension components were lightened in order to achieve better weight balance. What surprised me even more – rear air suspension, which will be standard. Yes, you will get it even in the cheapest version of BMW 5-series Touring. Optional M Sport suspension should drop car by 10mm in order to achieve even better steering abilities. 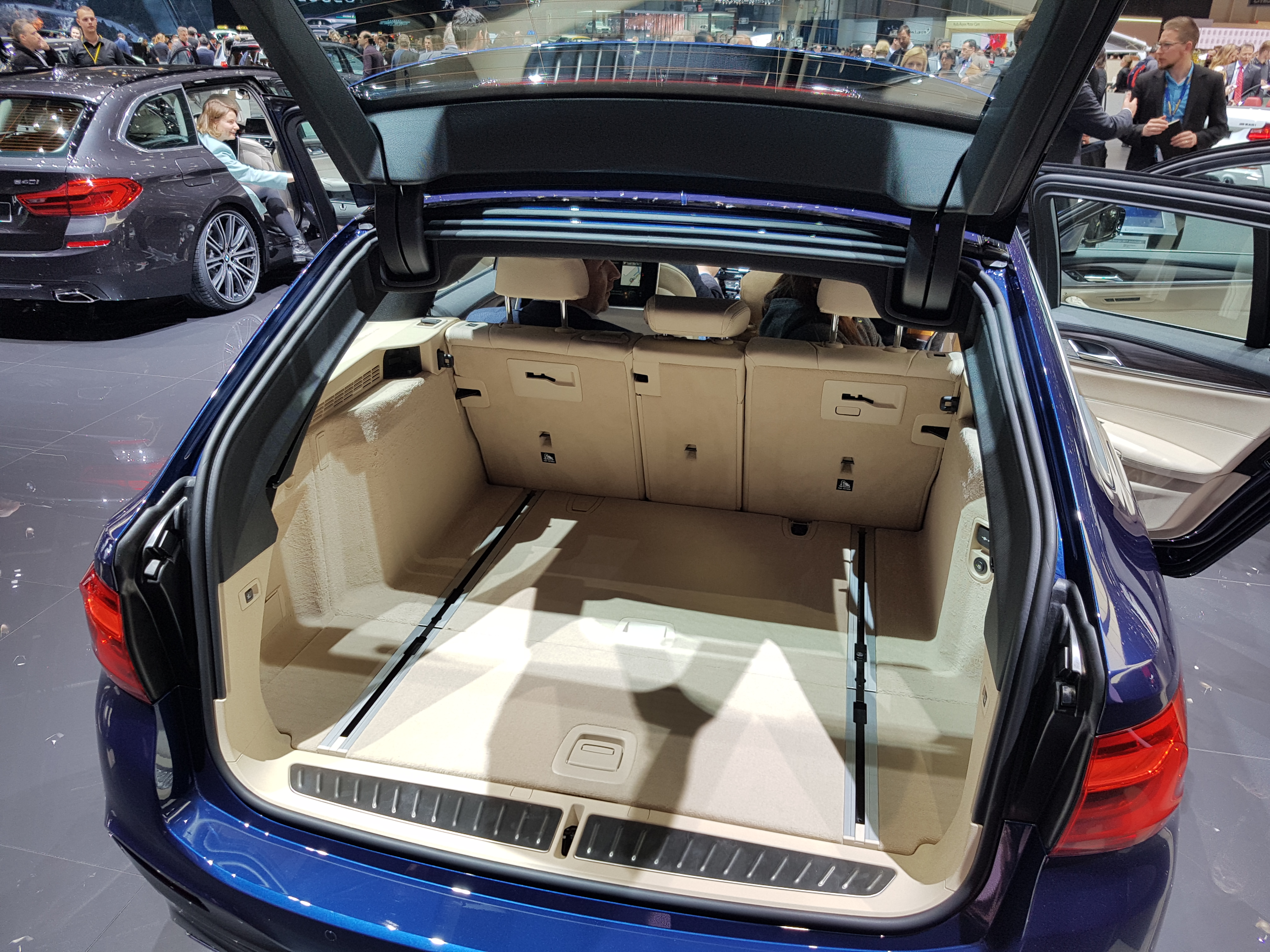 Now – the most important data for this model – boot capacity was increased and now measures 570 – 1700 litres, and it can take load equal to 720-730kg. Of course, folding seats won’t surprise everyone, but what about electric remote backrest release? Rear window can be opened separately, what should come handy too. I also appreciated look of the hinges, which are carefully enclosed into plastic – neat and good-looking. 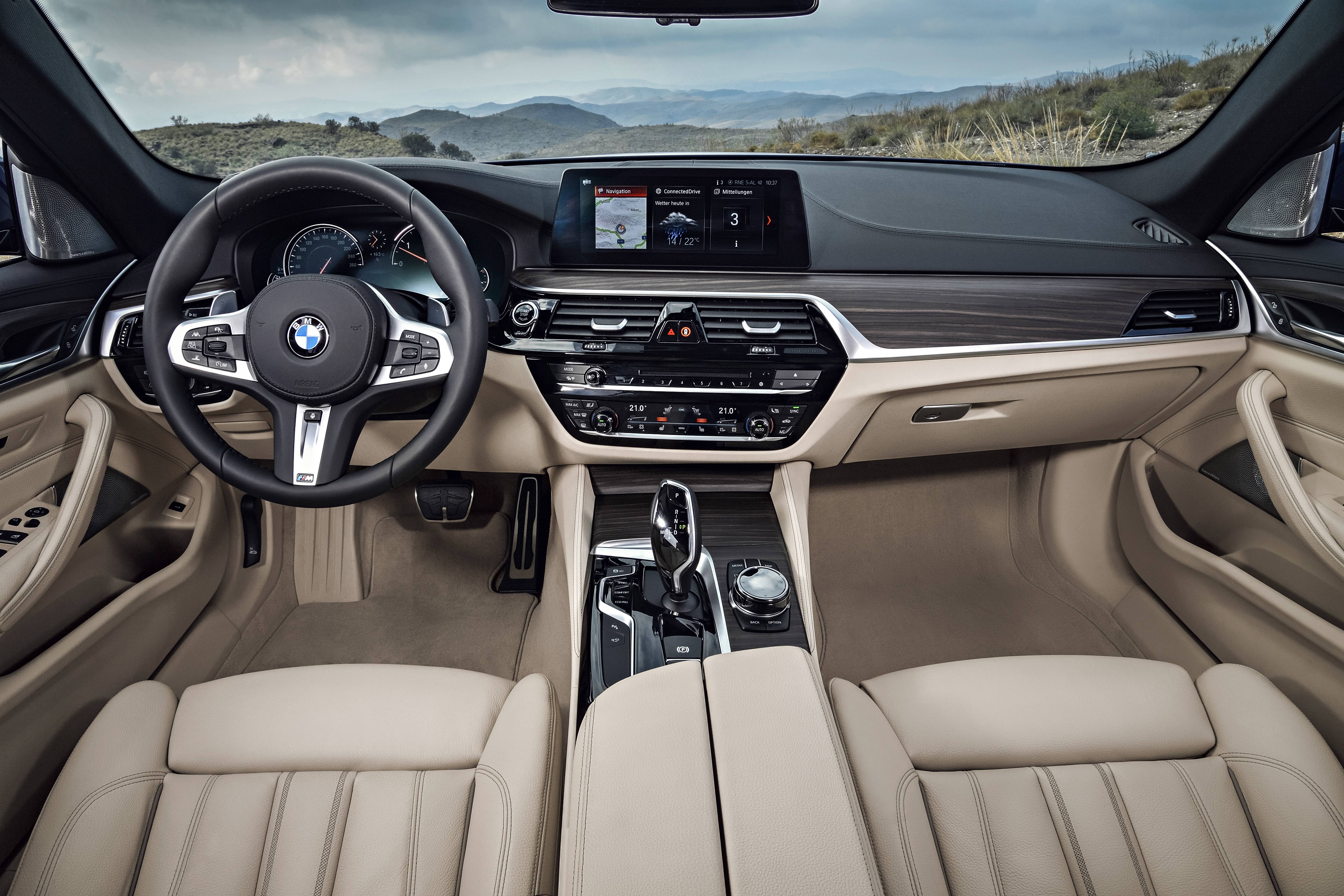 There will be four engines available at start. The highest one for now will be BMW 540i xDrive, equipped with 340ho and capable of 5.1sec acceleration. Nevertheless manufacturer decided to show 520d in M package, what was quite surprising to see. 🙂 Diesel fans should be also happy, because top BMW 530d xDrive will be able to accelerate in 5.6sec and have ridiculous consumption. By the way, those cars will be possible to part with remote parking, which was introduced on 7-series. 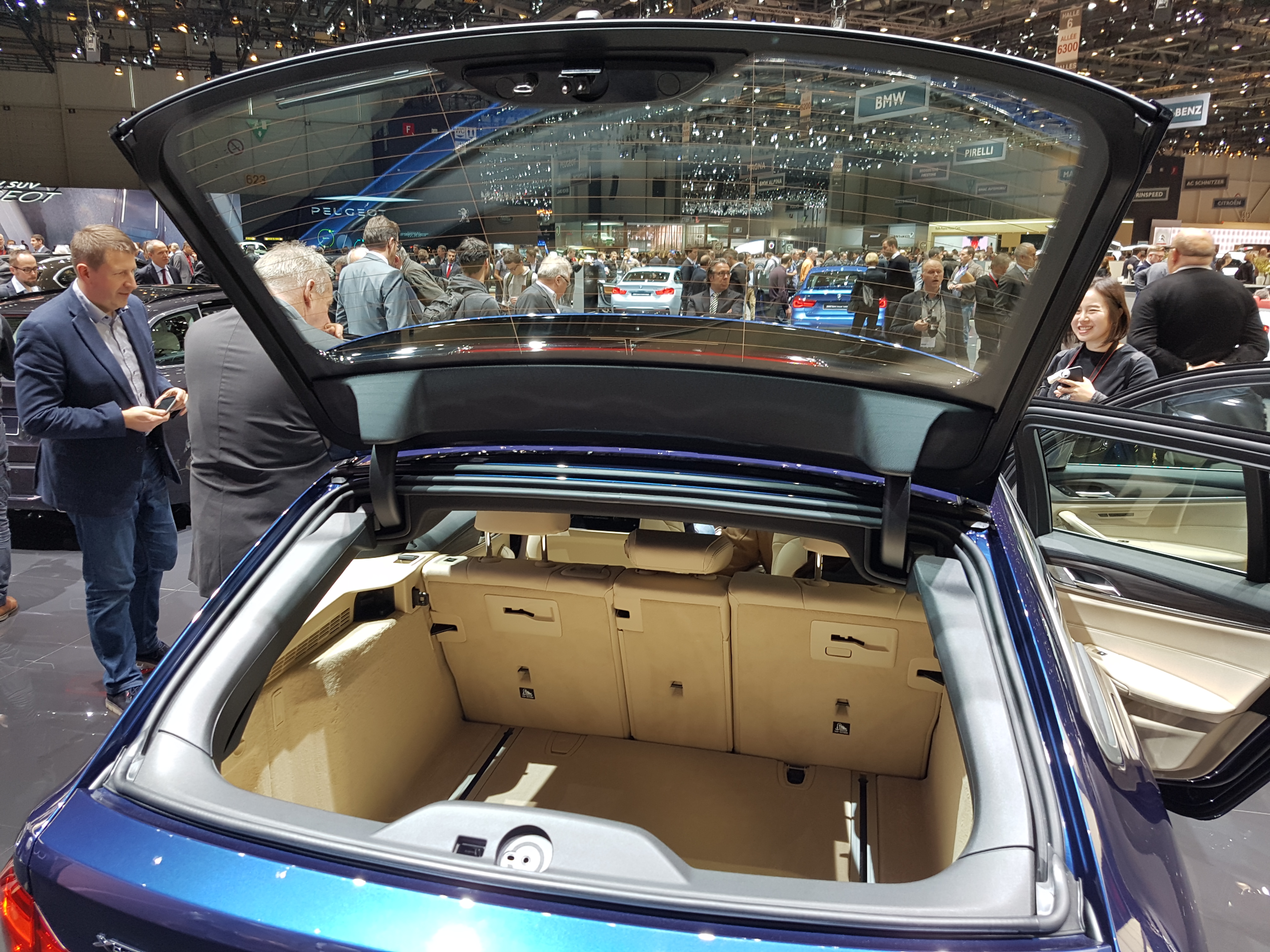 Bavarian manufacturer also revised 4-series and introduced several special editions for i8, but all attention was focused on BMW 5-series Touring. Well, it’s easy to explain this, just look at photos and try to disagree that it’s beautiful. 🙂 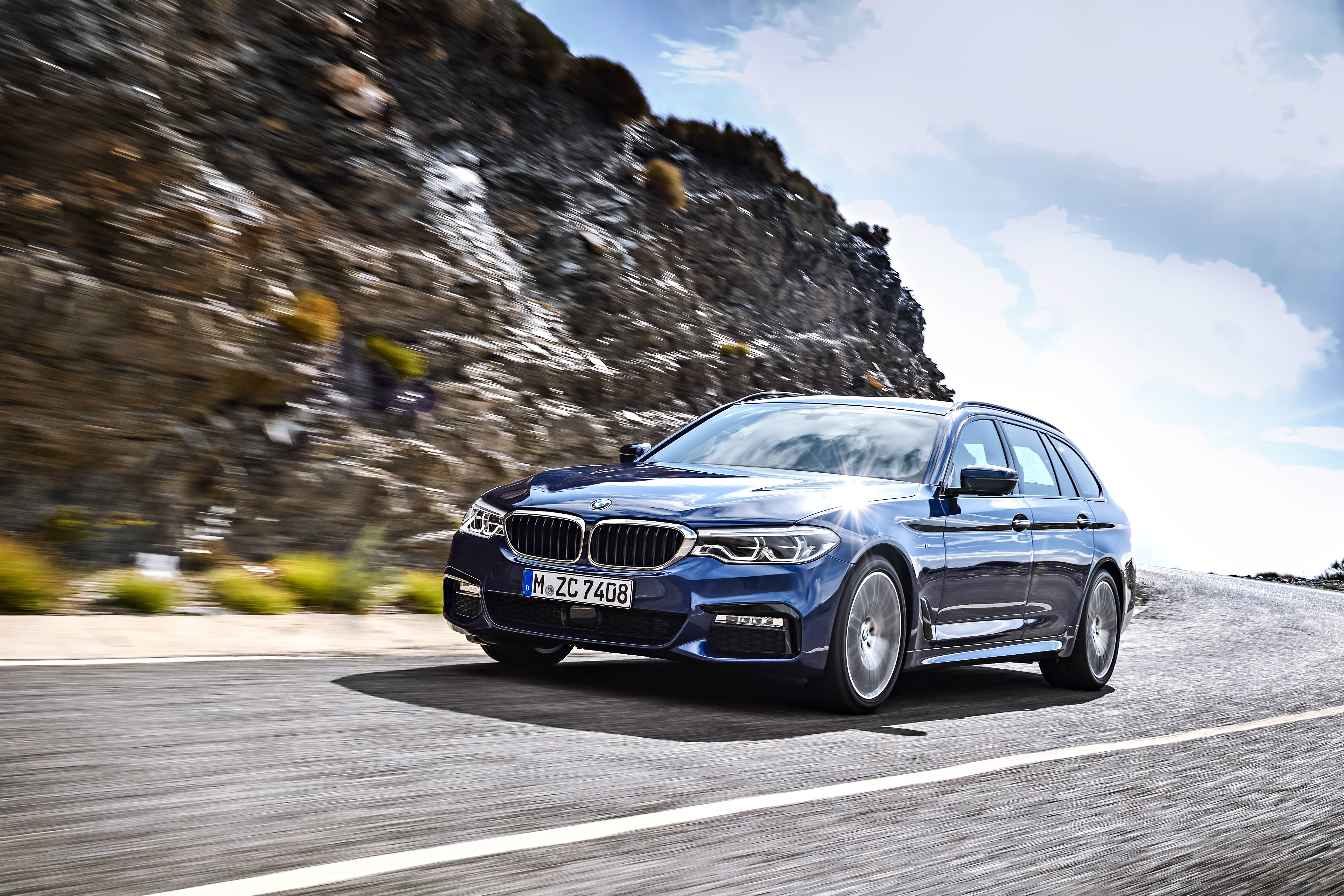